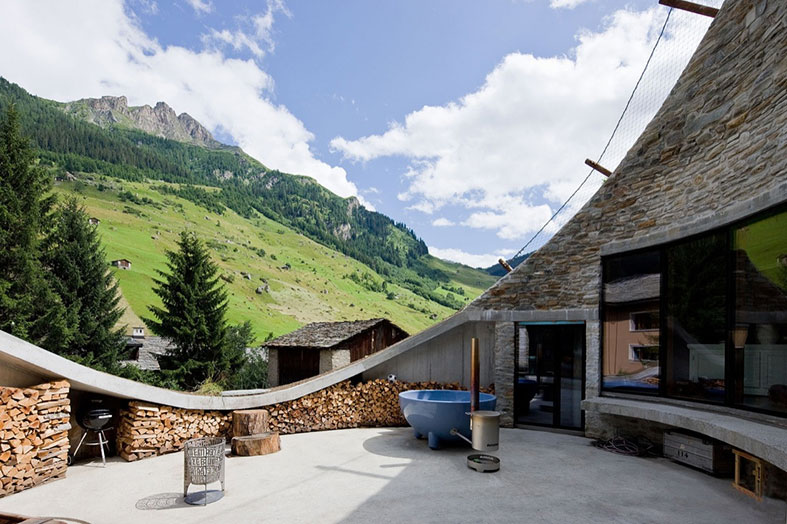 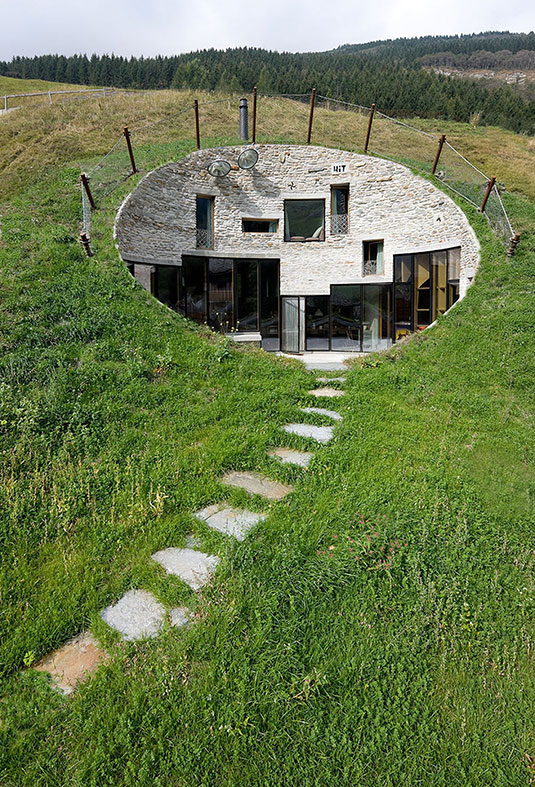 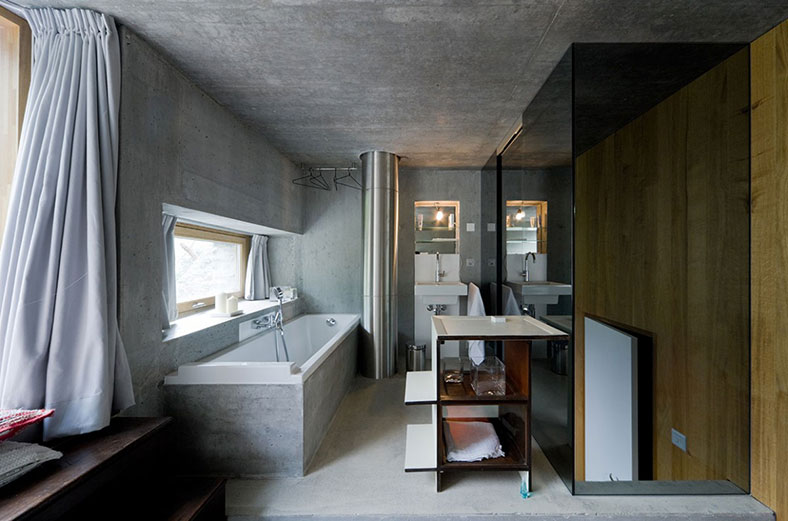 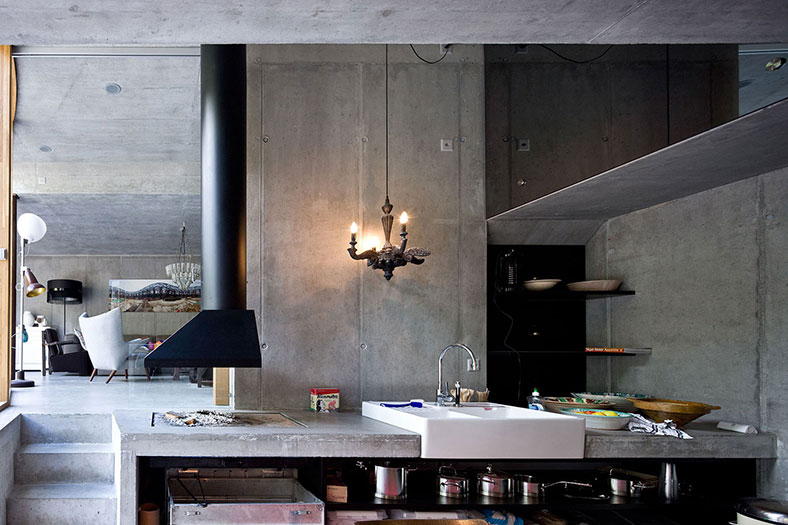 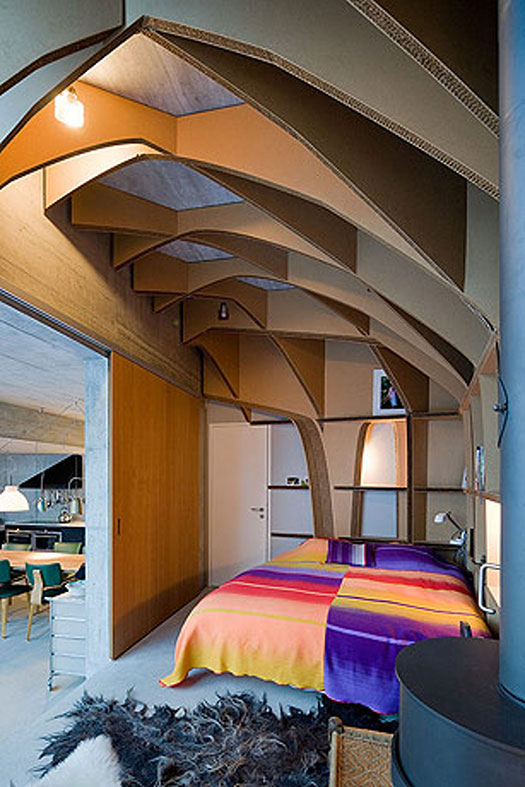 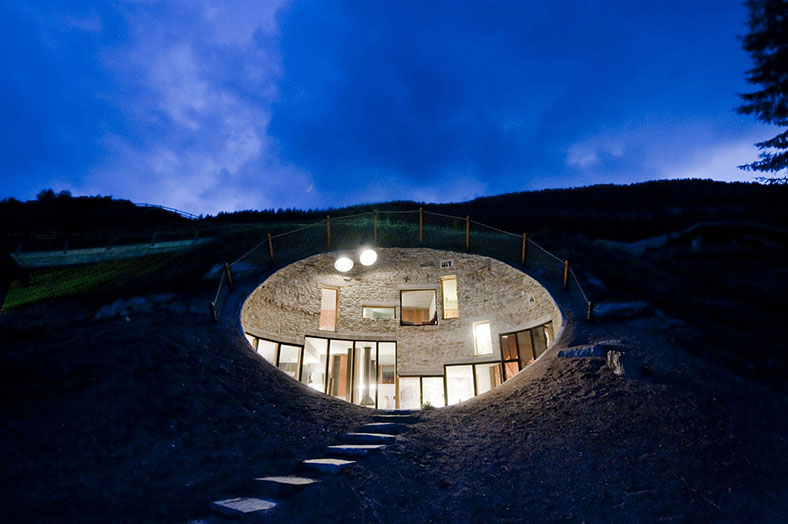 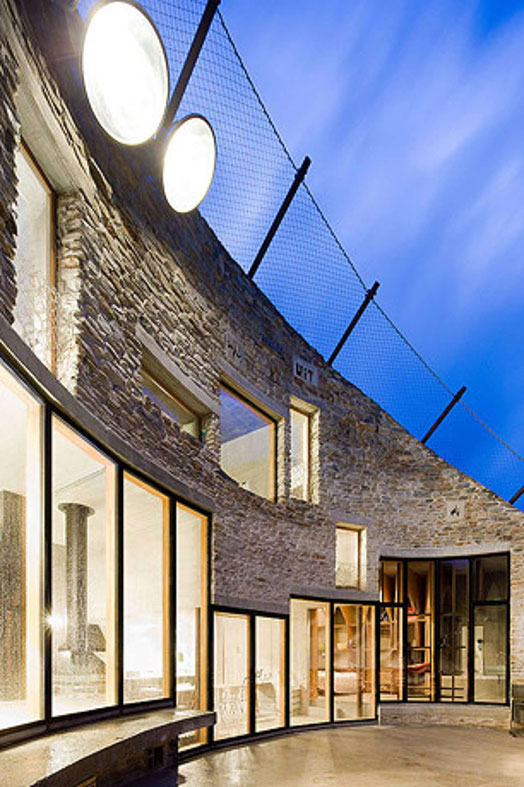 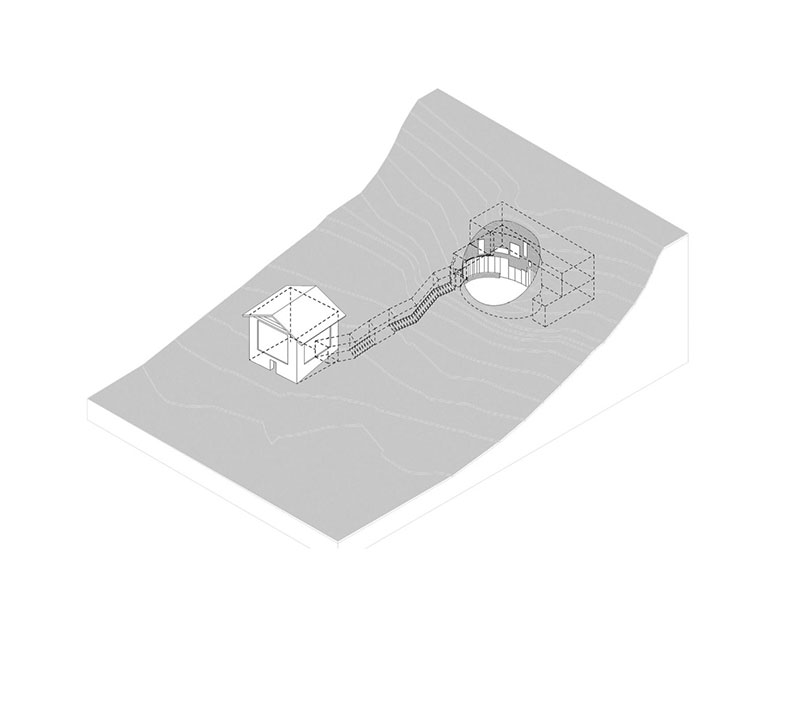 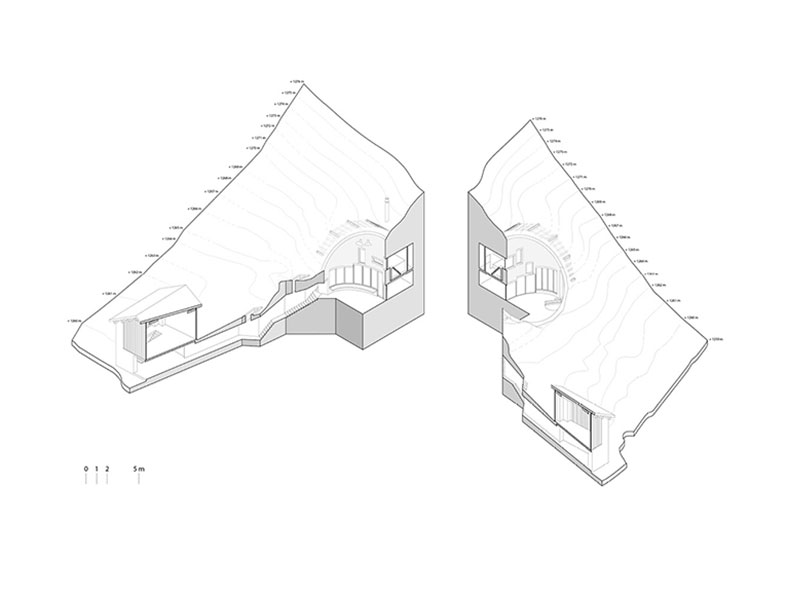 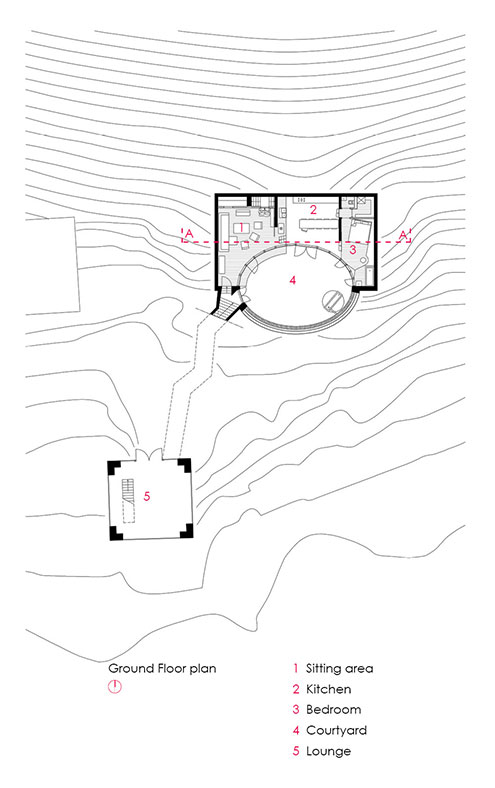 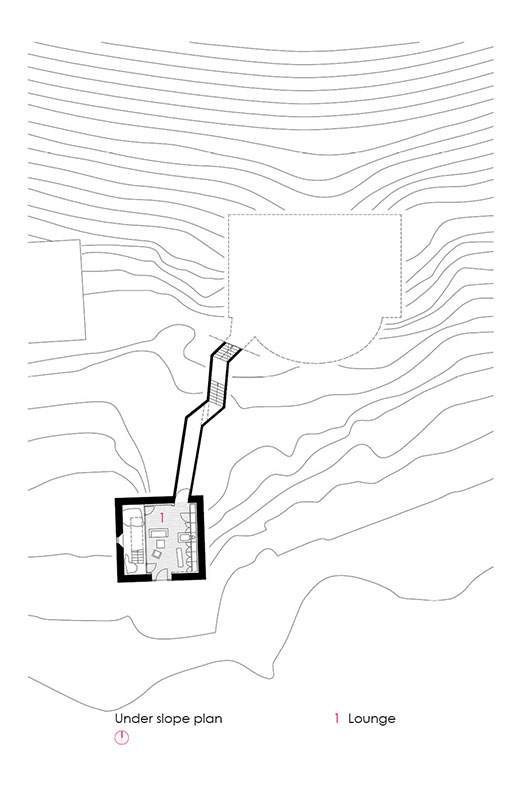 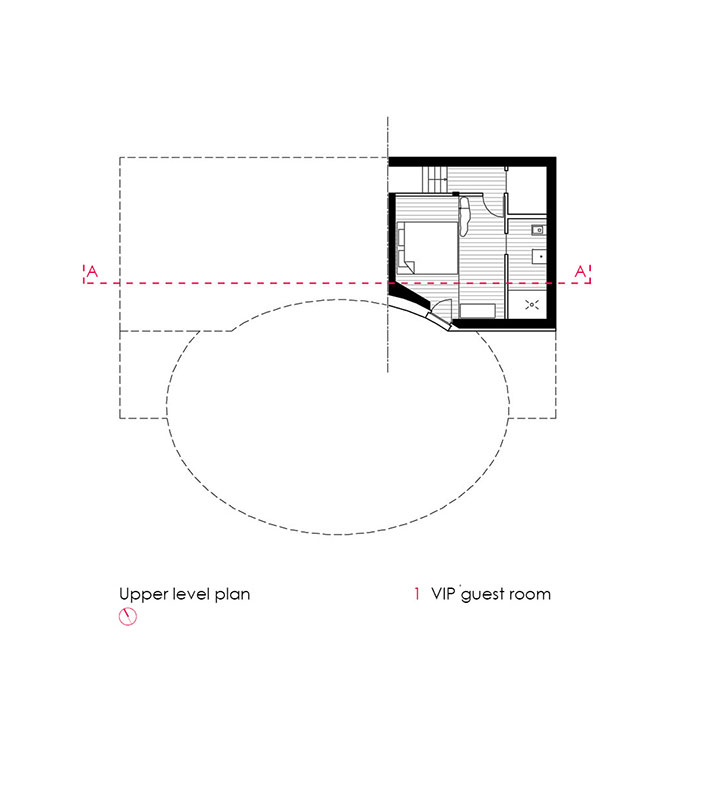 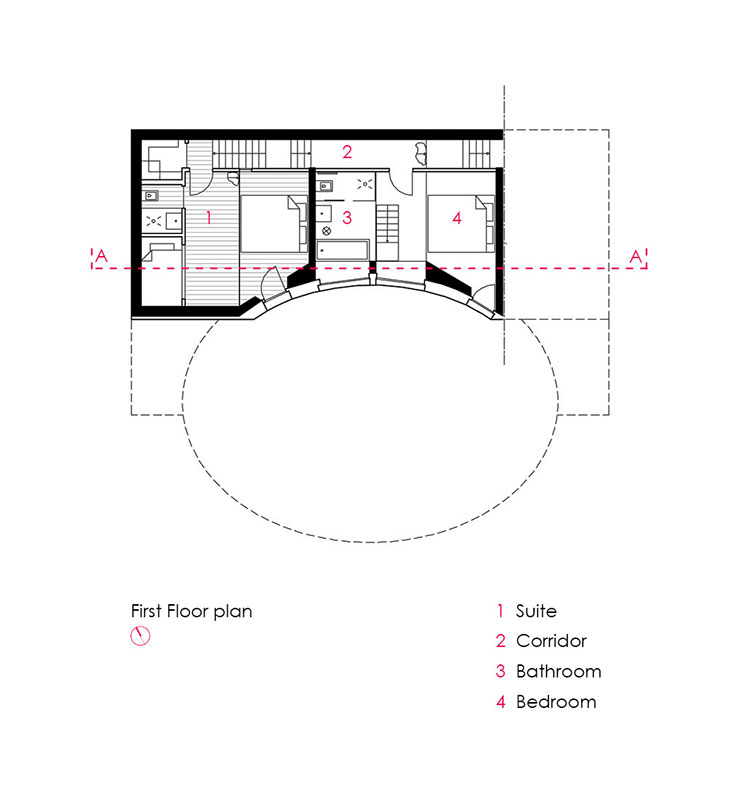 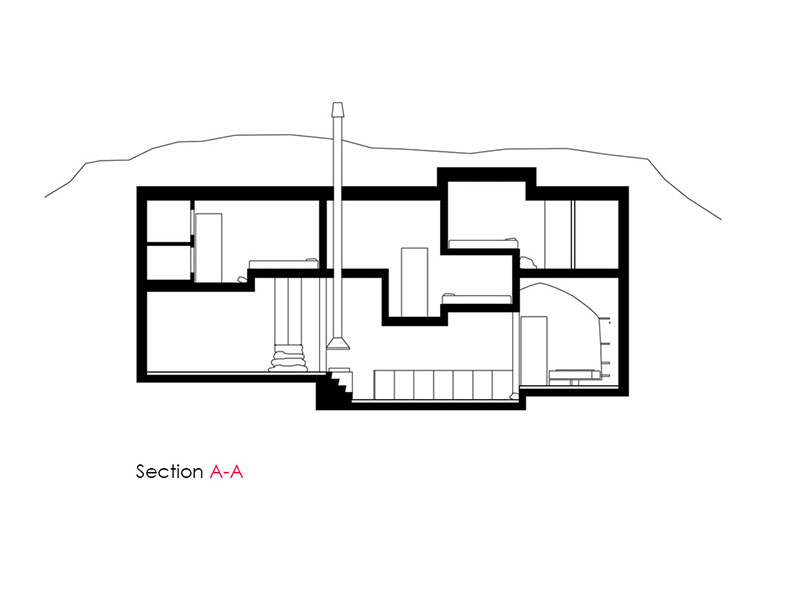 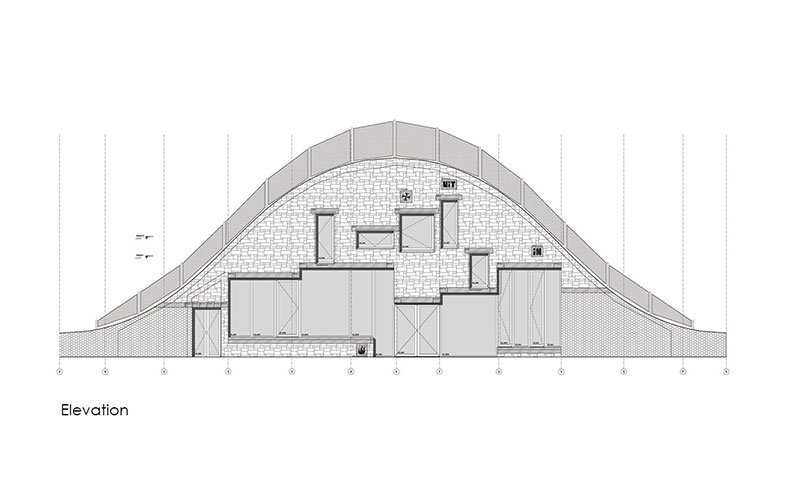 Shouldn’t it be possible to conceal a house in an Alpine slope while still exploiting the wonderful views and allowing light to enter the building?
Surprised that it was permissible to construct a pair of dwellings so close to the world famous thermal baths of Vals, the client seized the opportunity to develop the site, without disturbing the bath’s expansive views. The introduction of a central patio into the steep incline creates a large façade with considerable potential for window openings. The viewing angle from the building is slightly inclined, giving an even more dramatic view of the strikingly beautiful mountains on the opposite side of the narrow valley.
The Local Authority’s well intentioned caution, that unusual modern proposals were generally not favoured, proved unfounded. The planners were pleased that the proposal did not appear ‘residential’ or impose on the adjacent baths building. The scheme was not perceived as a typical structure but rather an example of pragmatic unobtrusive development in a sensitive location. The placing of the entrance via an old Graubünder barn and an underground tunnel further convinced them that the concept, while slightly absurd, could still be permitted.
Switzerland’s planning laws dictate that it is only possible to grant a definitive planning permission after a timber model of the building’s volume has first been constructed on site. This can then be accurately appraised by the local community and objected to if considered unsuitable. For this proposal, logic prevailed and this part of the process was deemed to be unnecessary. 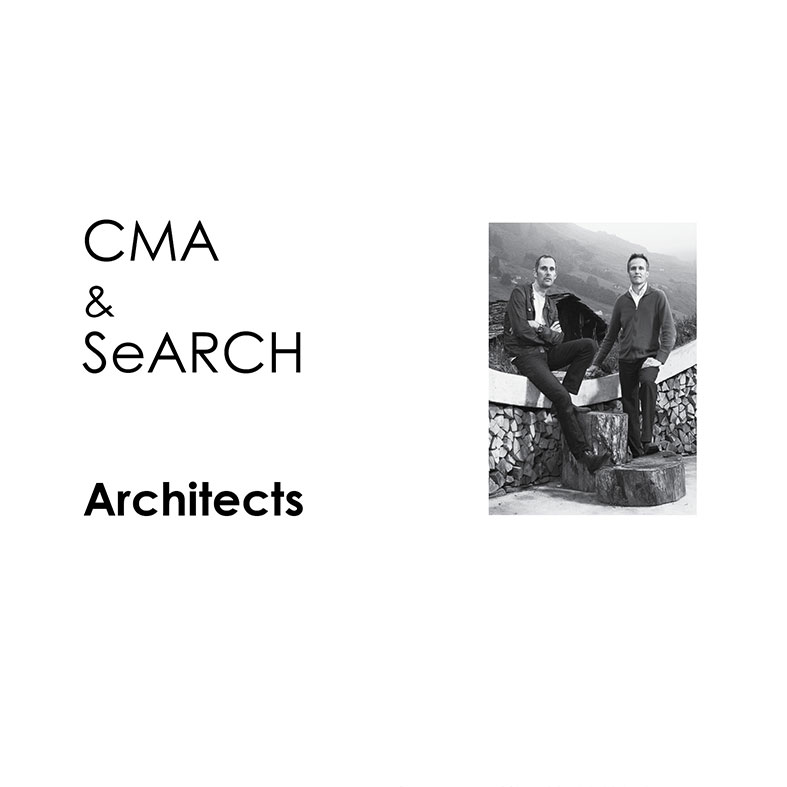