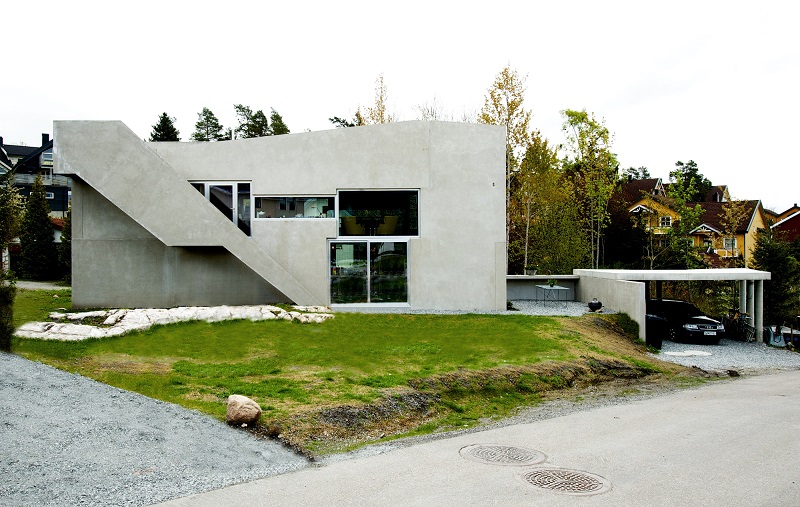 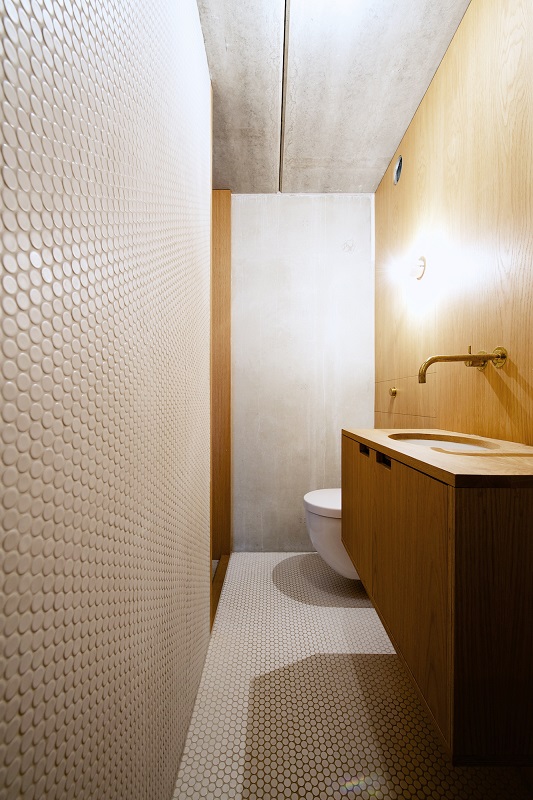 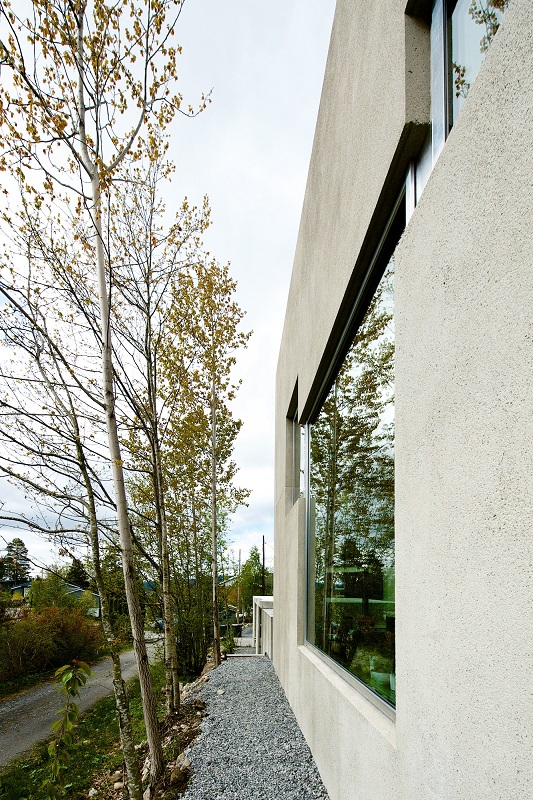 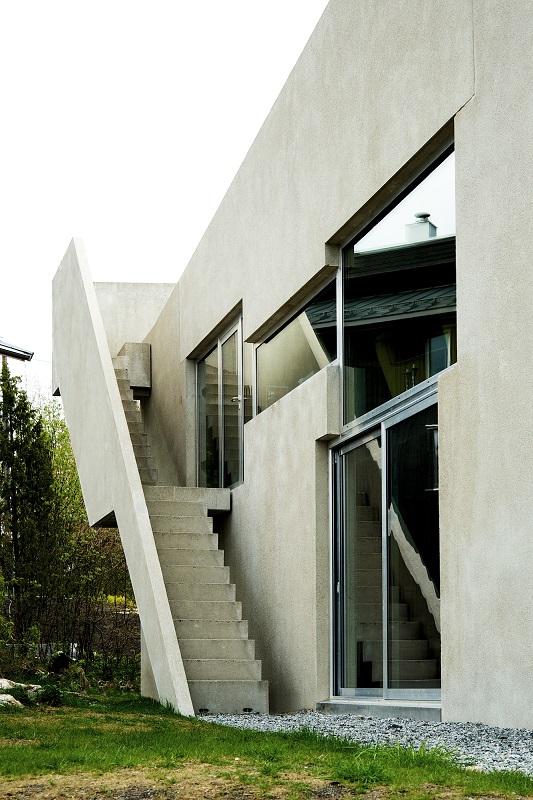 The house is compact, and it is distributed over two levels of 60 m2 each. Built for a father and his two children, it was important to allow adaptability to a limited economy as well as future change. The versatile interior space has the possibility to be vertically split allowing a new layout, with the main house and a smaller rentable flat. The house includes four bedrooms, two bathrooms, and two living spaces.

In this design, the idea of an “exterior shell” has been important. Precast concrete elements were chosen as the main material with a finished surface both internal and external, reinforcing the idea of the “big shell”. A challenge was to keep the clean expression of the concrete while solving all the technical supports. The concrete elements can be read as individual pieces with different forms, that are stacked on top of each other. The configuration of the elements allows spaces between the elements which create the window openings.

The interior of the house shows contrast to the raw concrete walls and has a more refined character. Furnishings are made of oak plywood and divide the house into different zones and spaces. The initial idea of a double-height space is kept, and the different zones and spaces create a connection between the two levels. The idea is that the layout of the house can easily be adapted with time, as the family’s needs might change. All fixed furniture is built by the architect practices’ own carpenters. Villa Tussefaret was awarded Betongelementprisen in 2014. 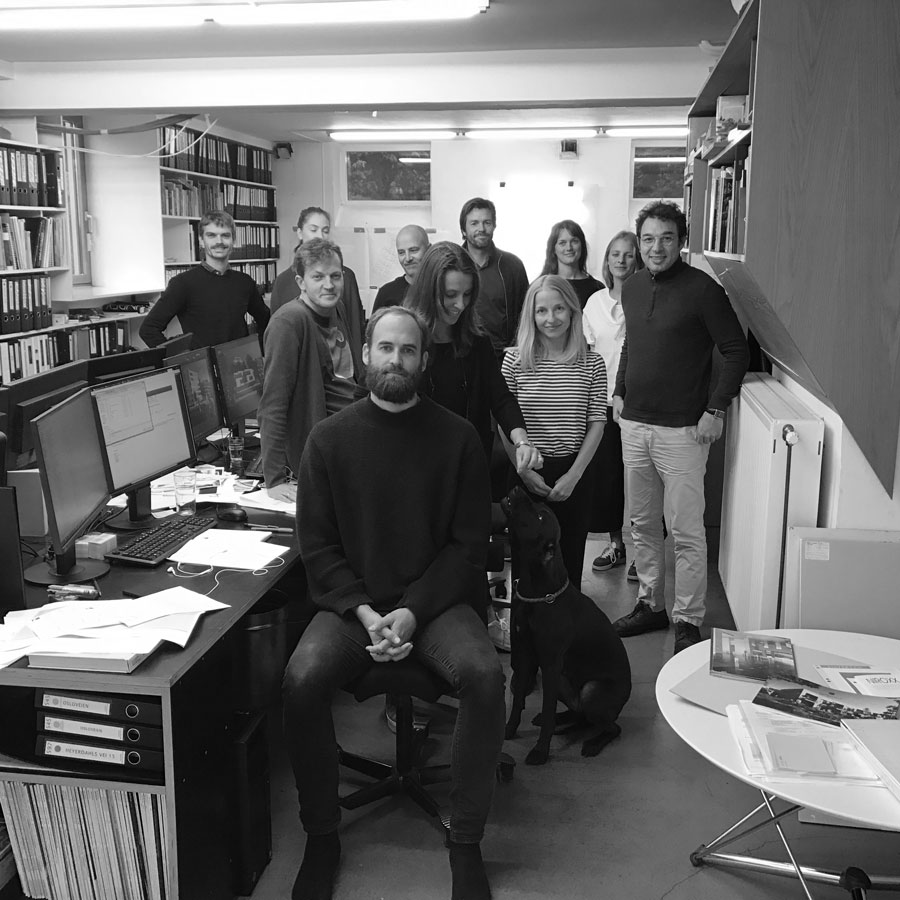