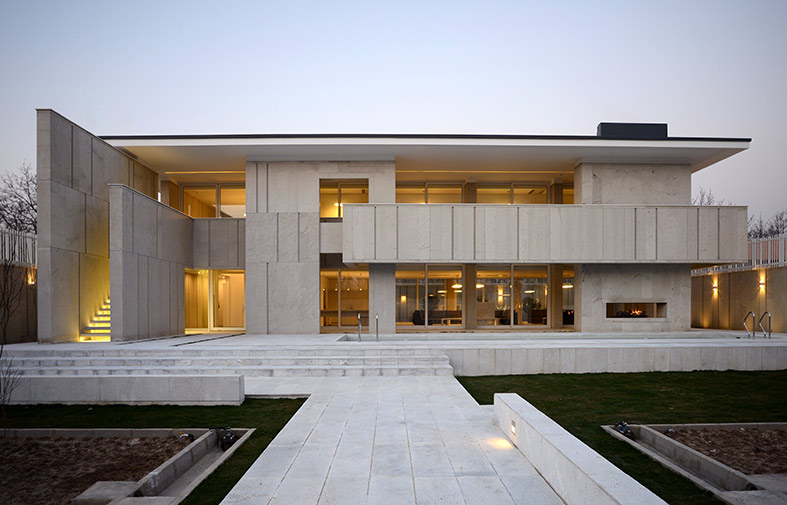 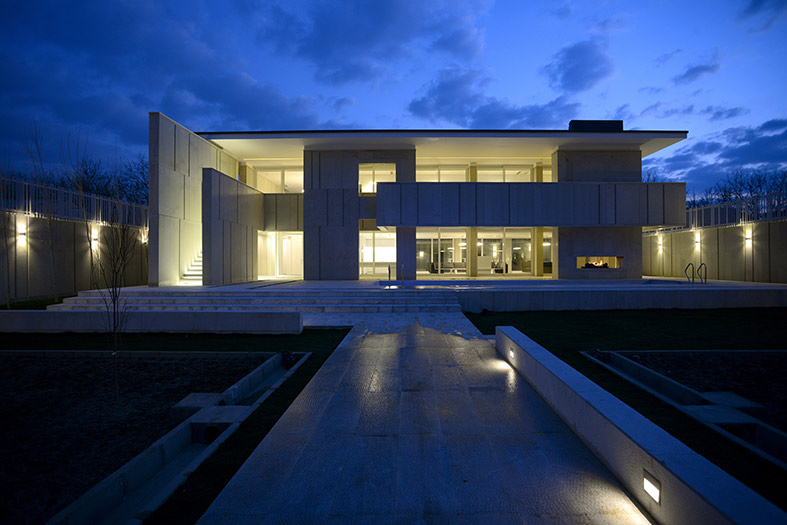 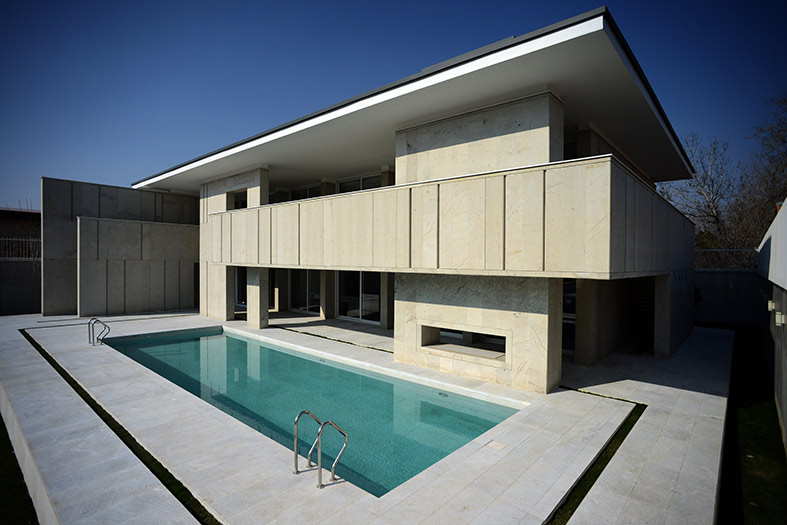 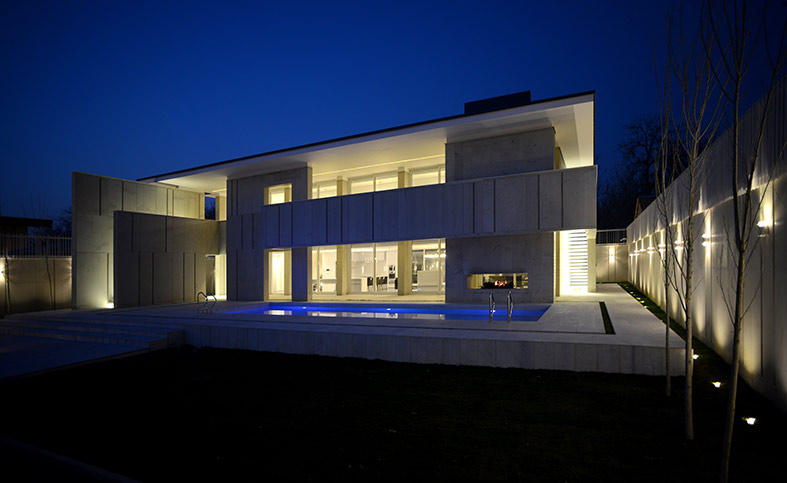 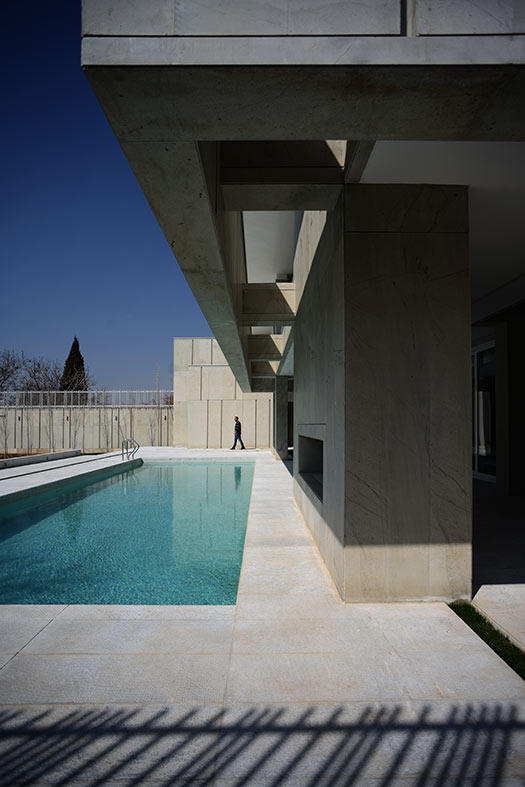 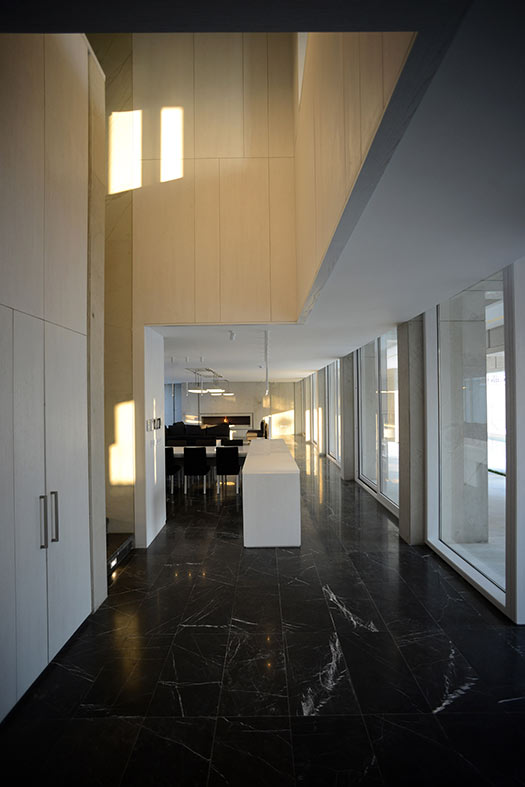 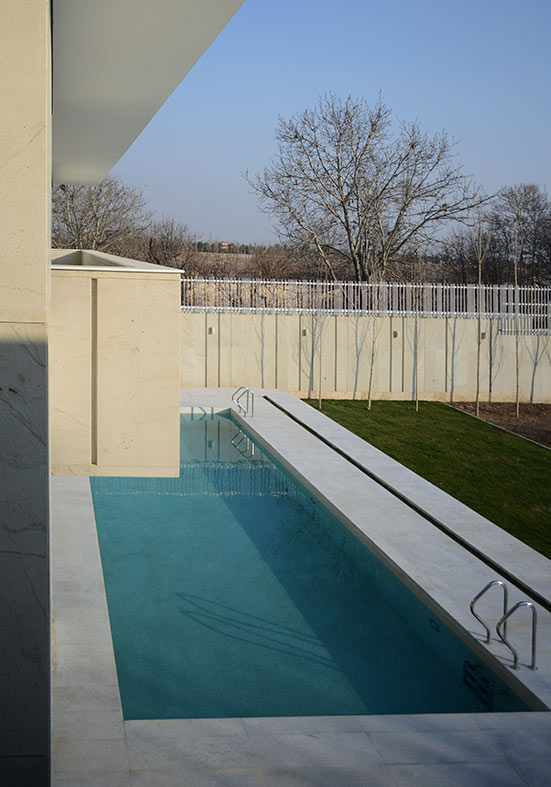 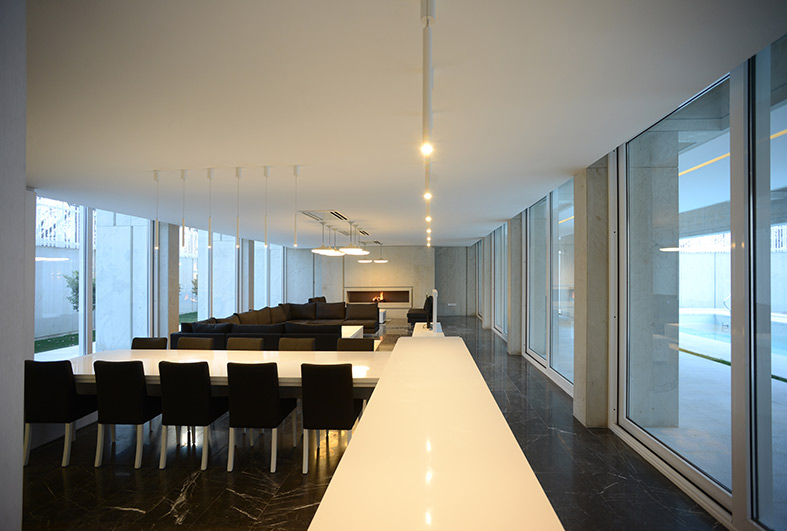 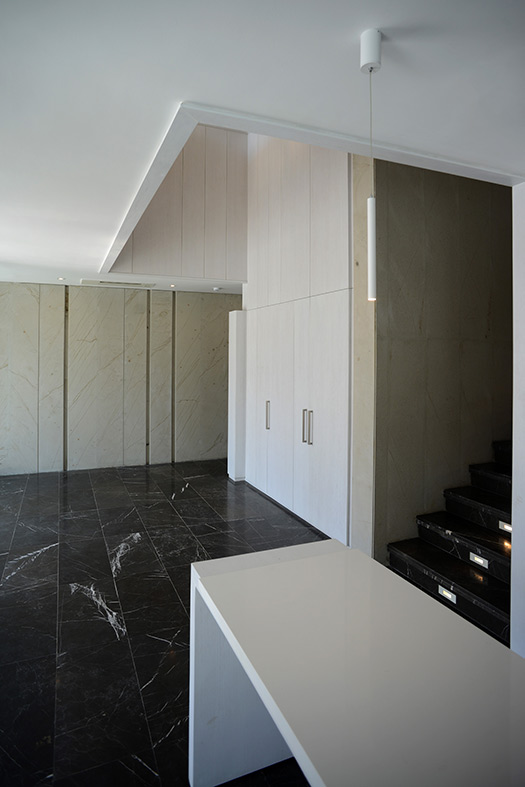 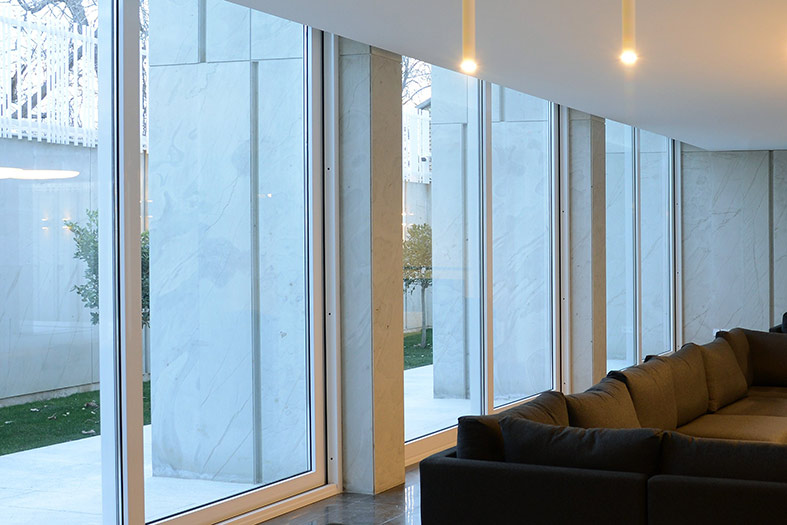 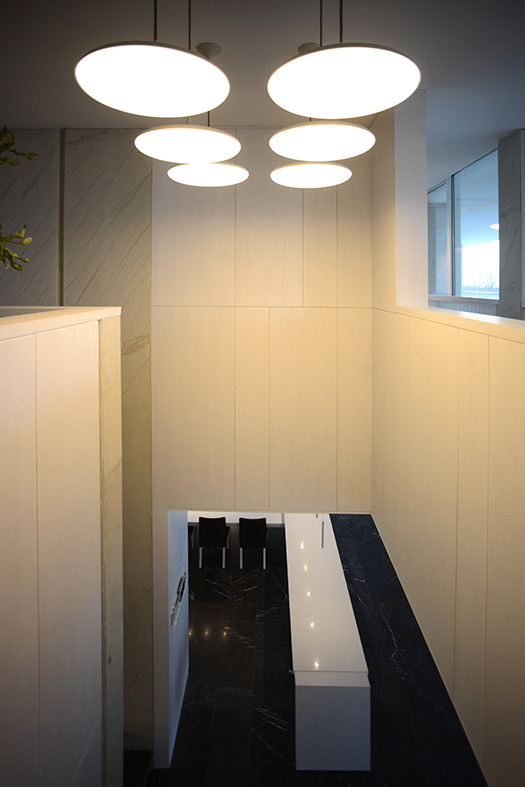 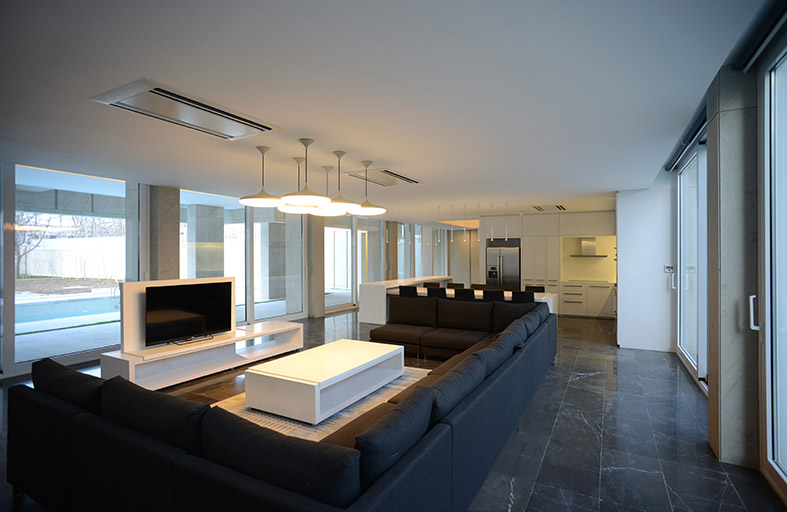 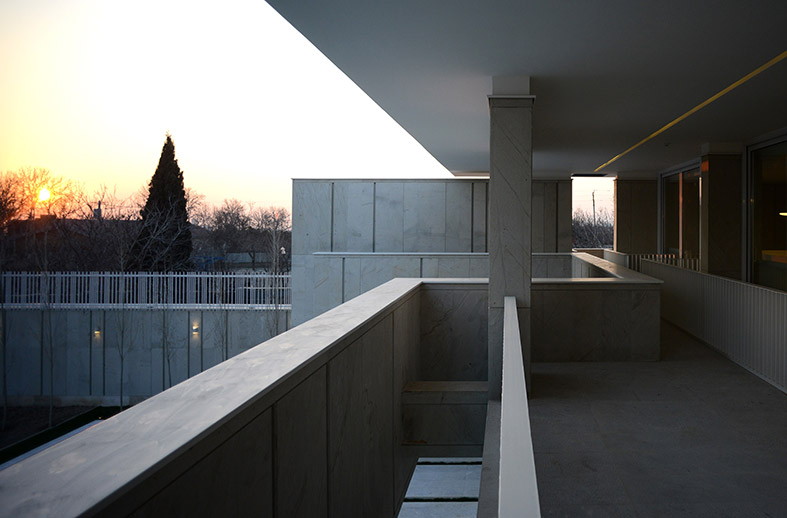 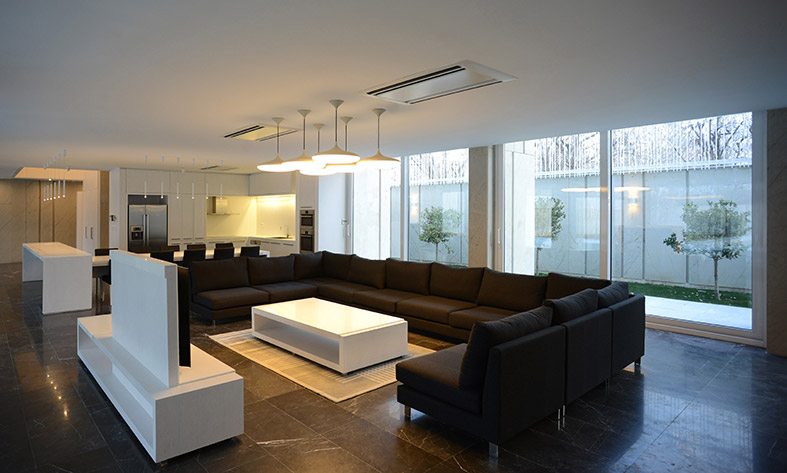 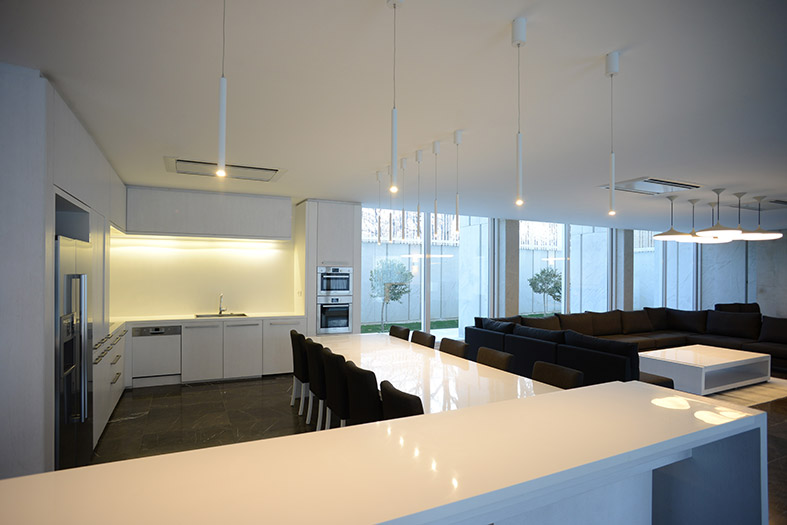 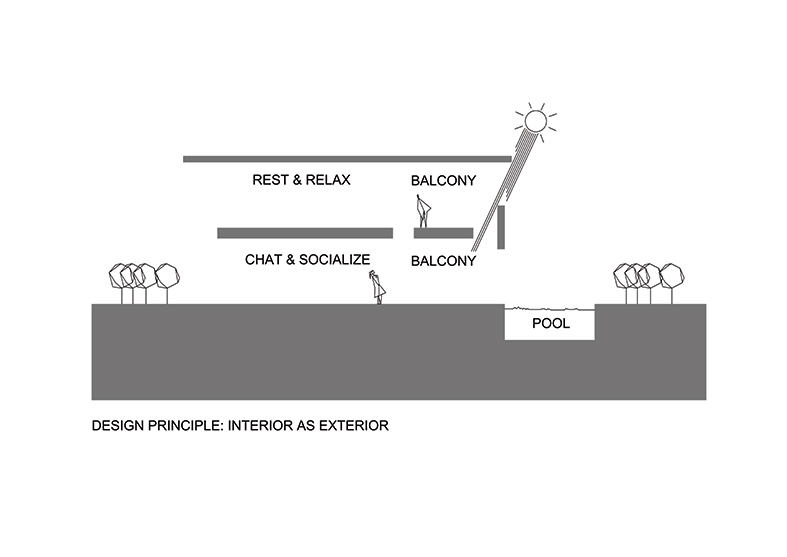 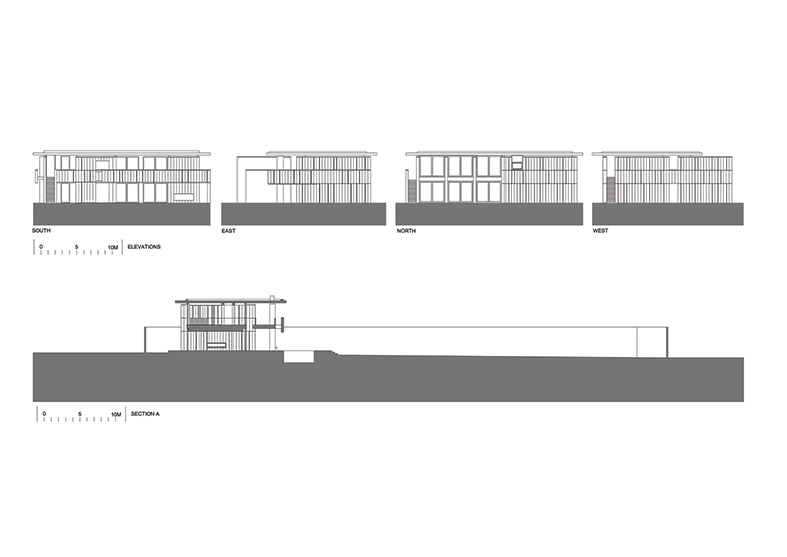 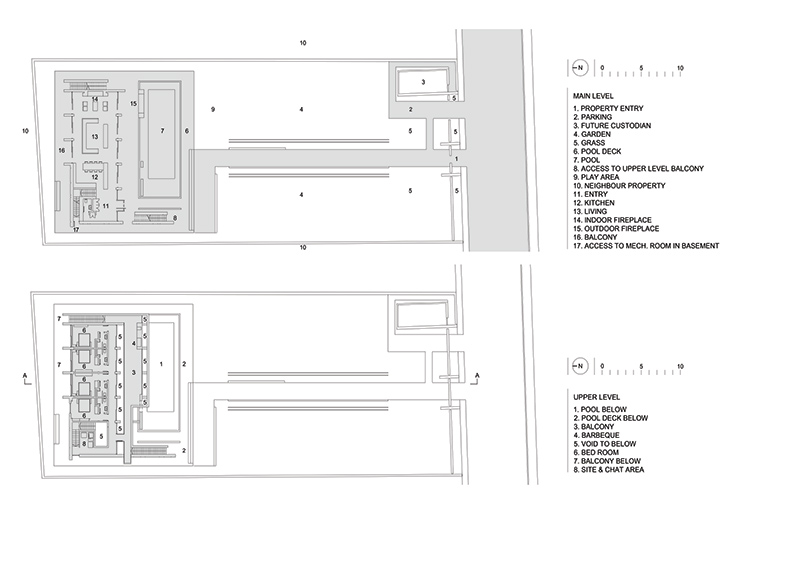 Within the scattered patches of the green lands, just west of Tehran, Villa No. 39, a two storey white building shaped with a combination of linear stone walls, sits in the north end of a rectangular lot, facing towards the surrounding nature and trees.

As a consistent design language, which is noticeable throughout the house, the exterior stone walls extend inside the house and create a sense of seamless connection between the exterior and the interior space.

In the ground level, where the family would get together to sit, chat, and dine, the open space concept, with unobstructed view to the exterior, offers a sense of enclosed patio, overlooking surrounding nature and the pool deck. In the warmer seasons, when the sliding glass panels, which are located along the north and the south sides of the space, would mostly remain open, the interior space will turn to an extension of the pool deck and its surrounding nature.

As a family getaway house, since the ground floor level would be regularly used by the family and their friends to socialize, bed rooms are located on the upper level, completely insulated by a linear space, which creates a sense of departure from the more vibrant and active parts of the house to the bedrooms, where one would use to relax and take a rest.

Through concentration on integration between the built space and its surrounding natural environment, Villa No. 39 strives to eliminate the boundaries between interior and exterior space and enhance the relationship between indoor and outdoor space from two separate individual spaces to an inseparable architectural space. 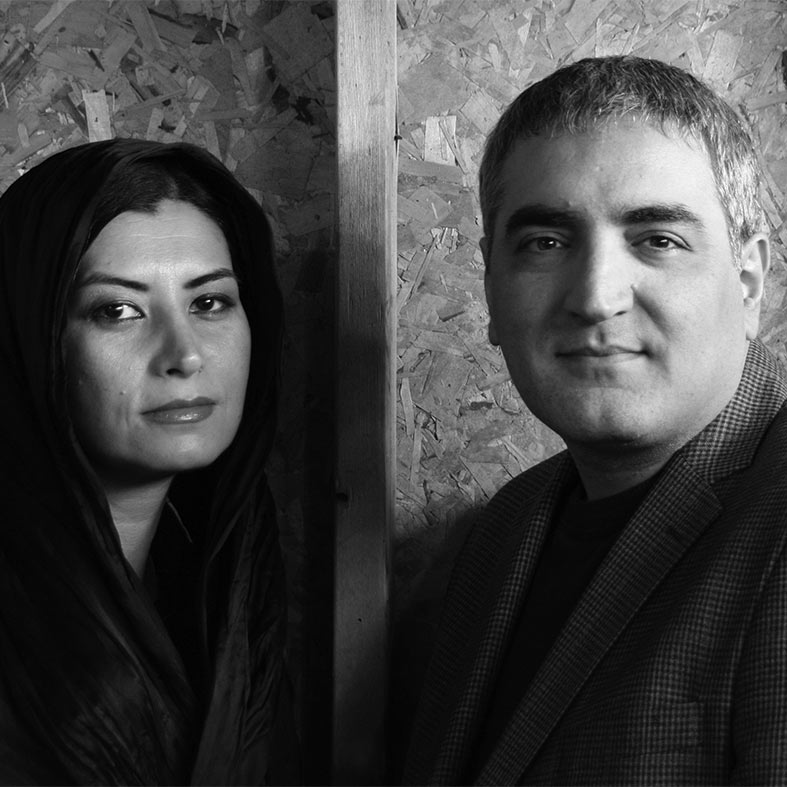