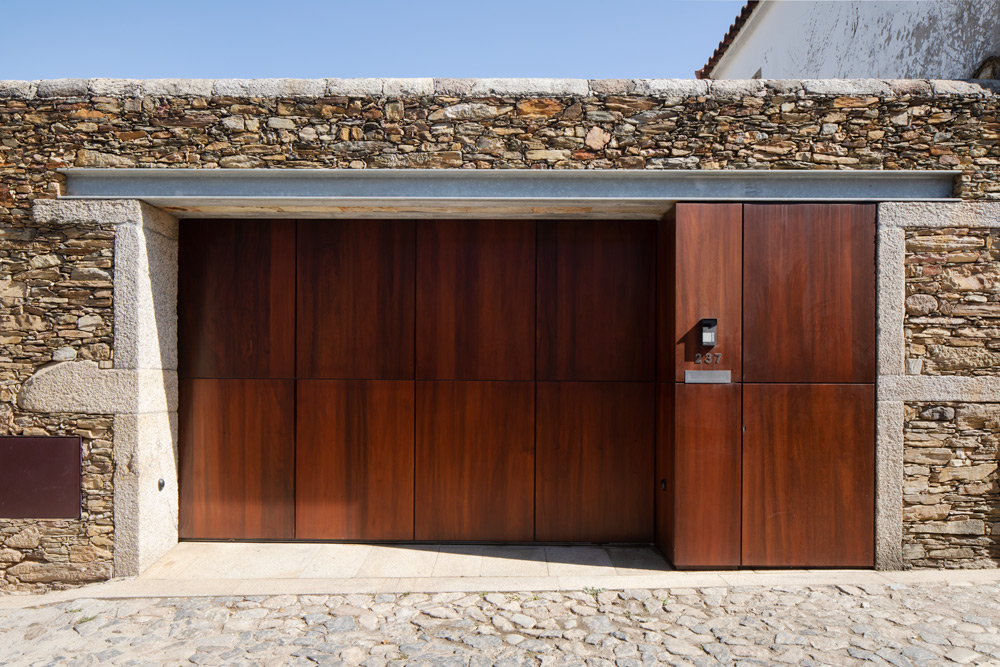 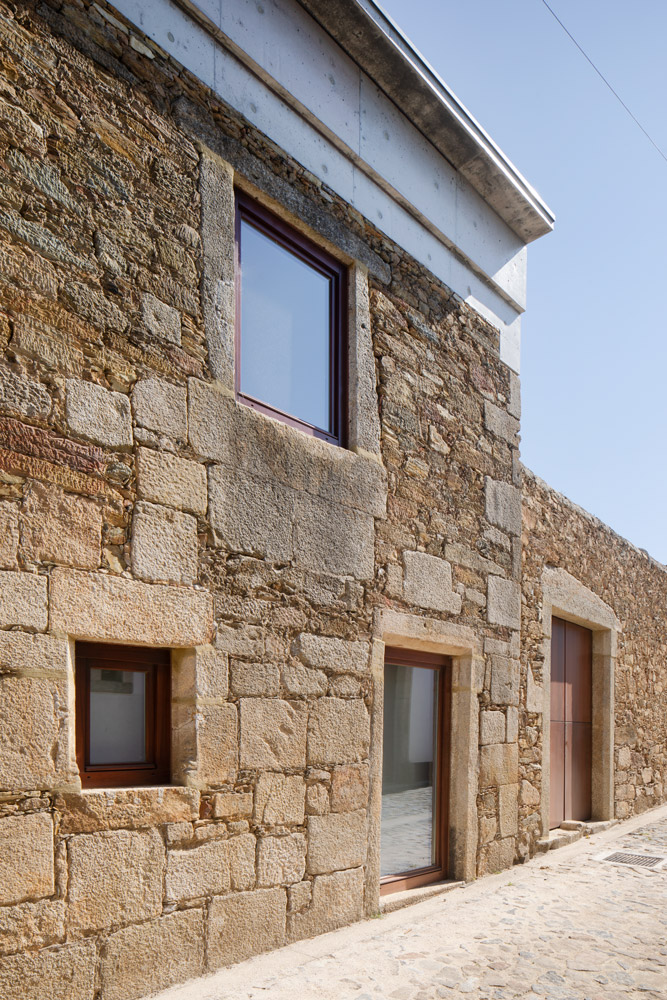 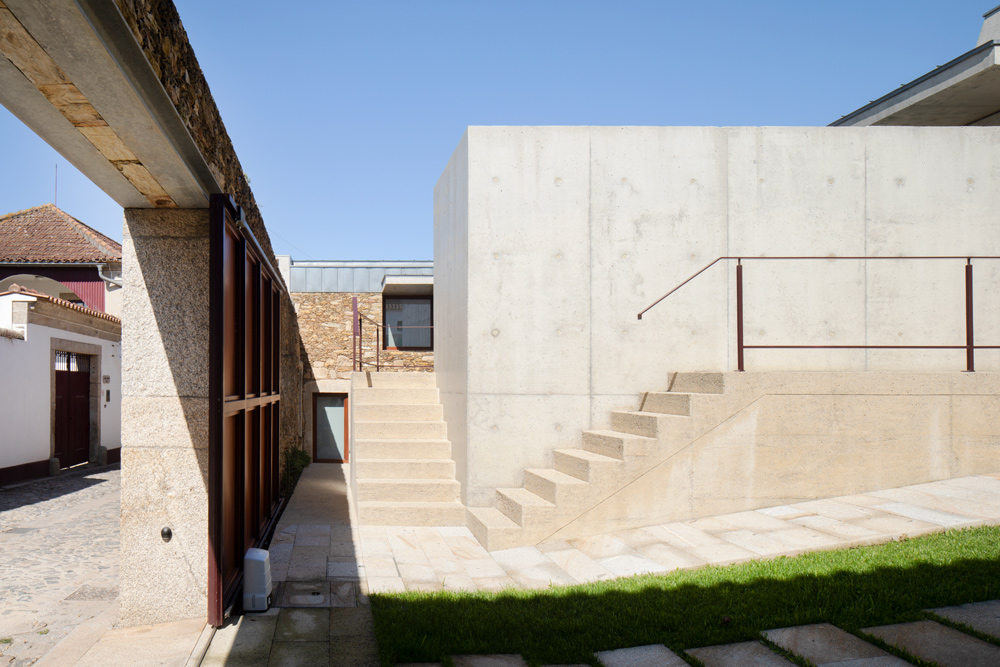 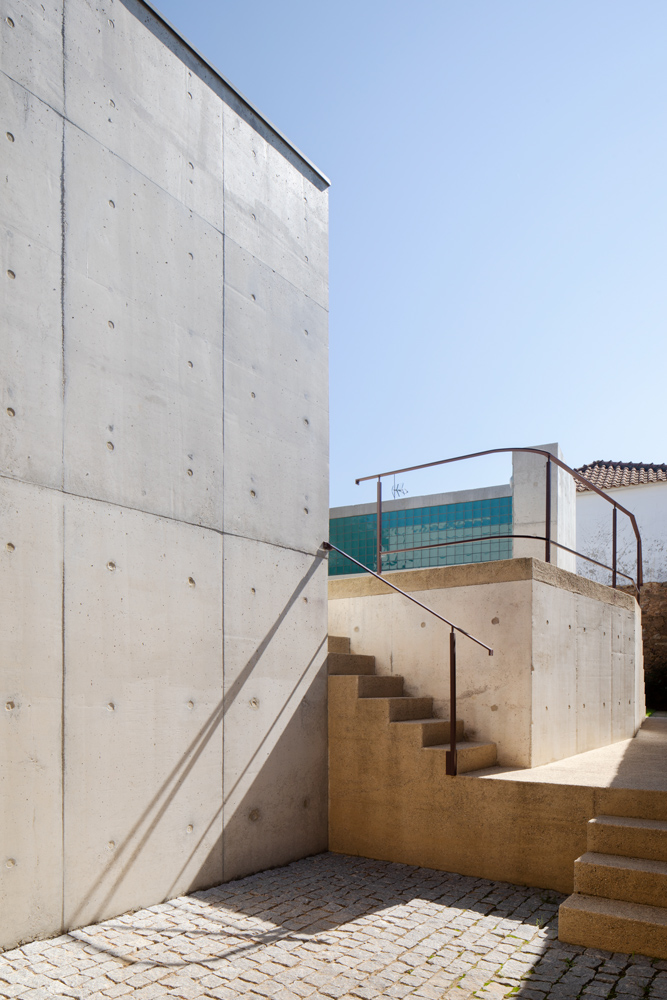 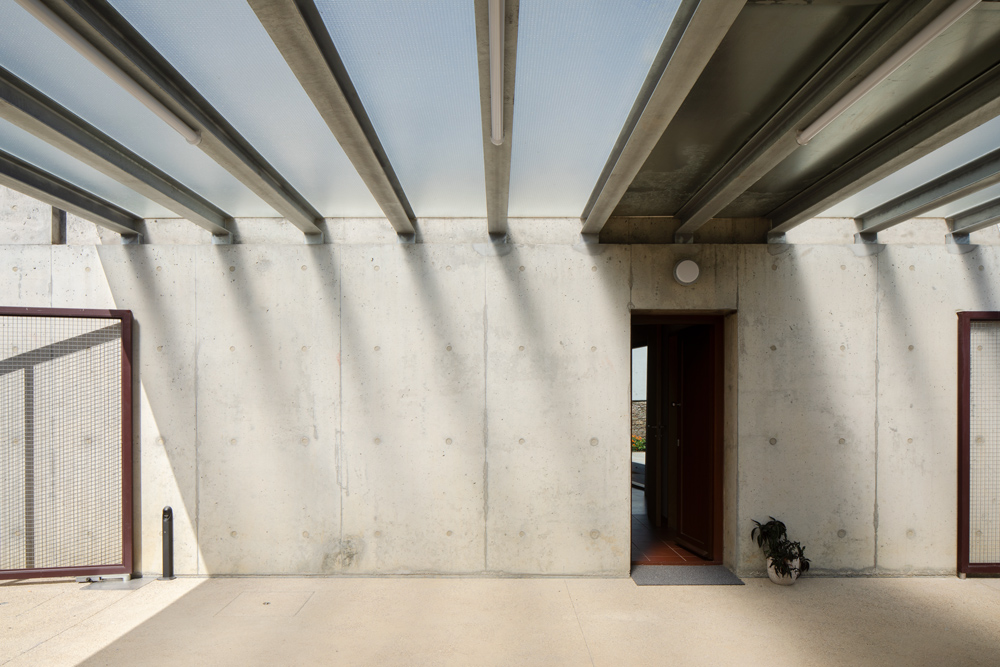 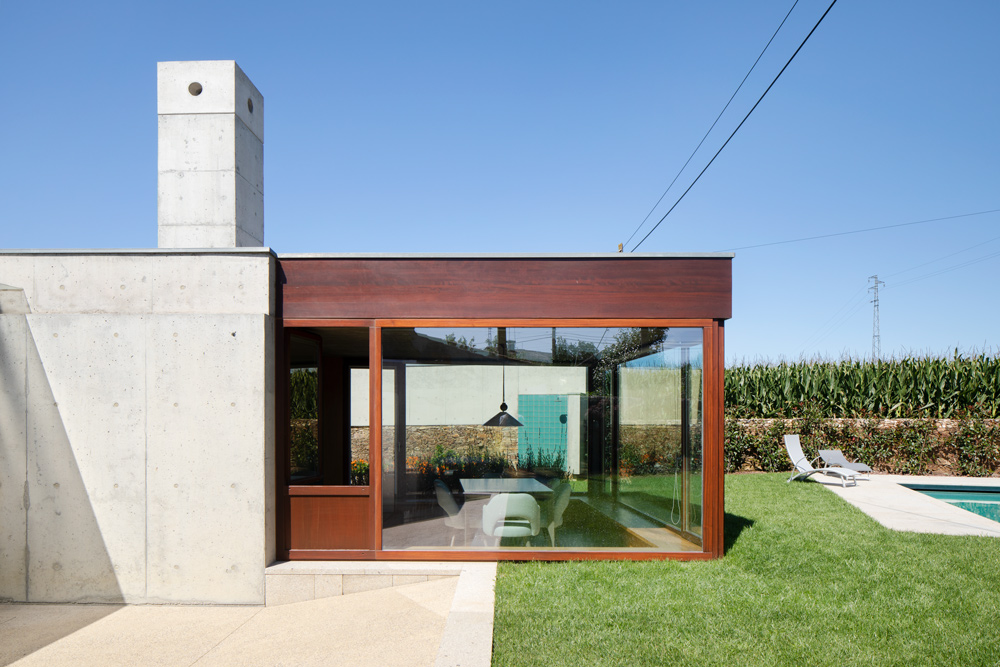 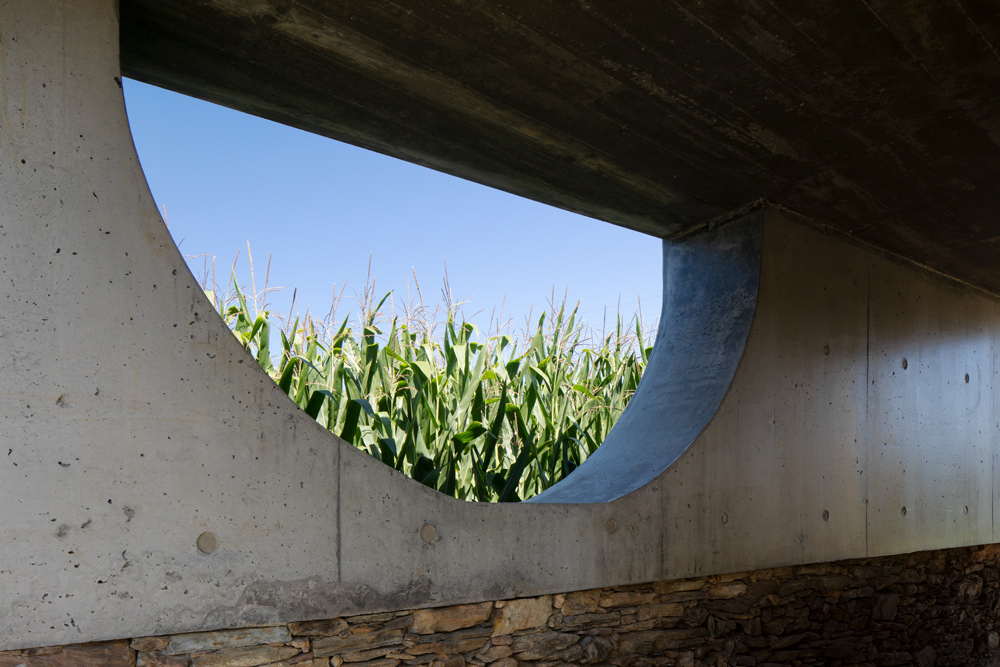 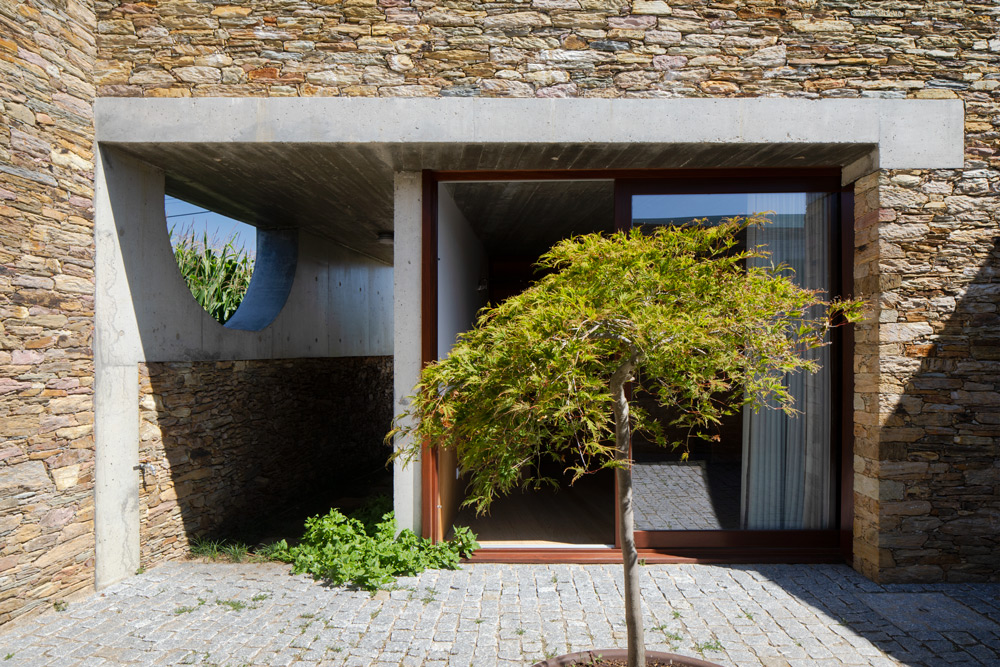 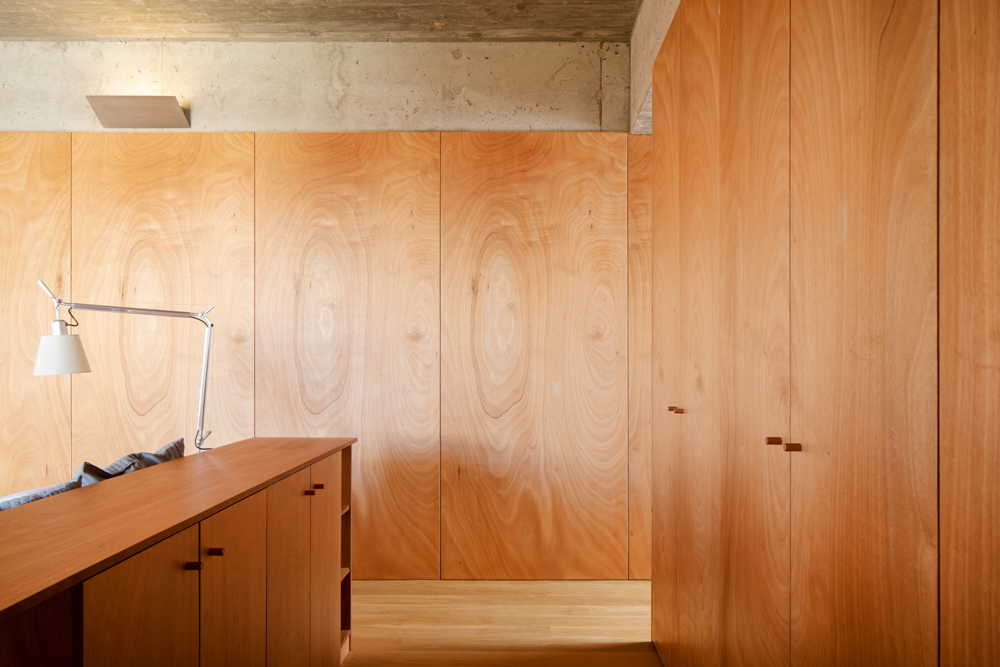 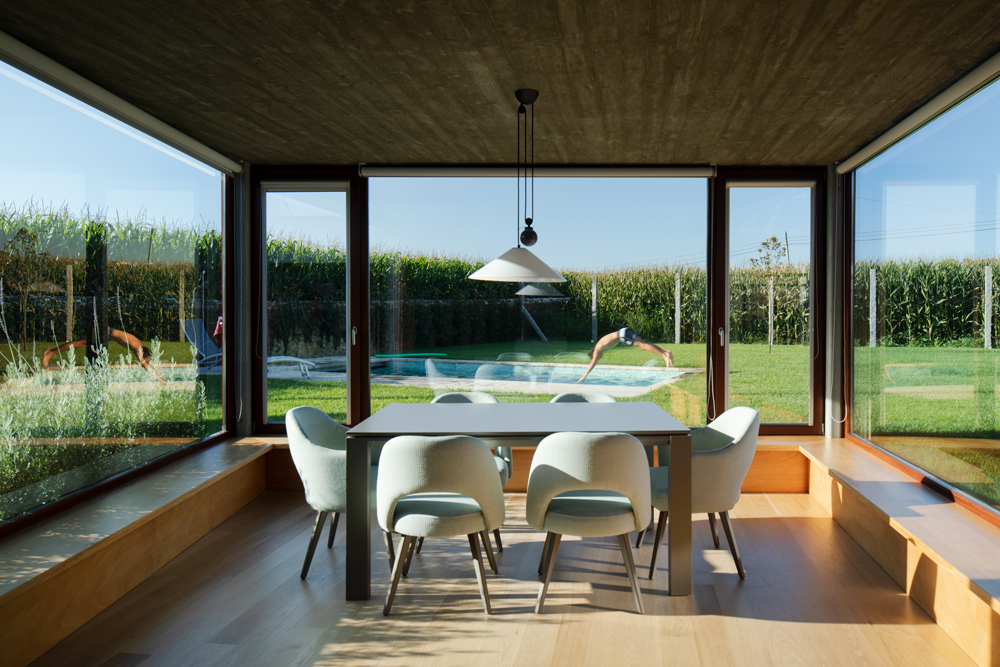 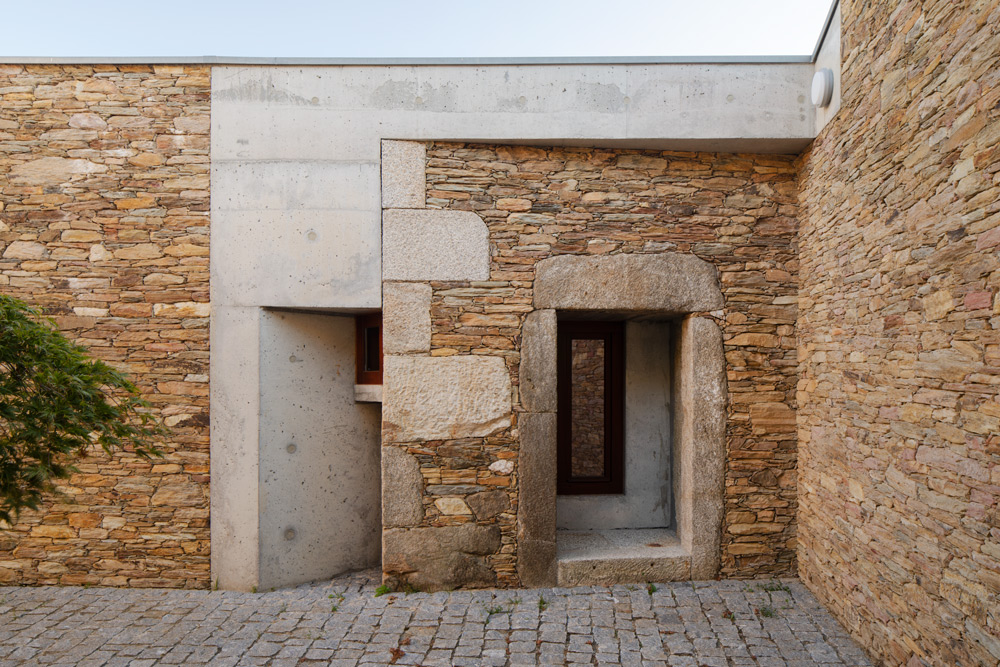 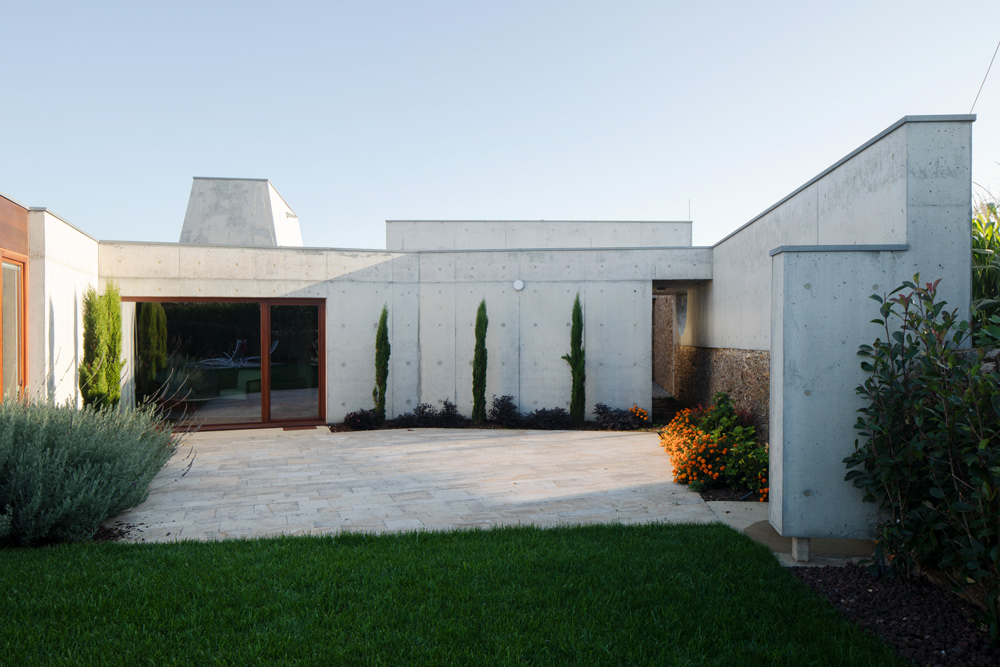 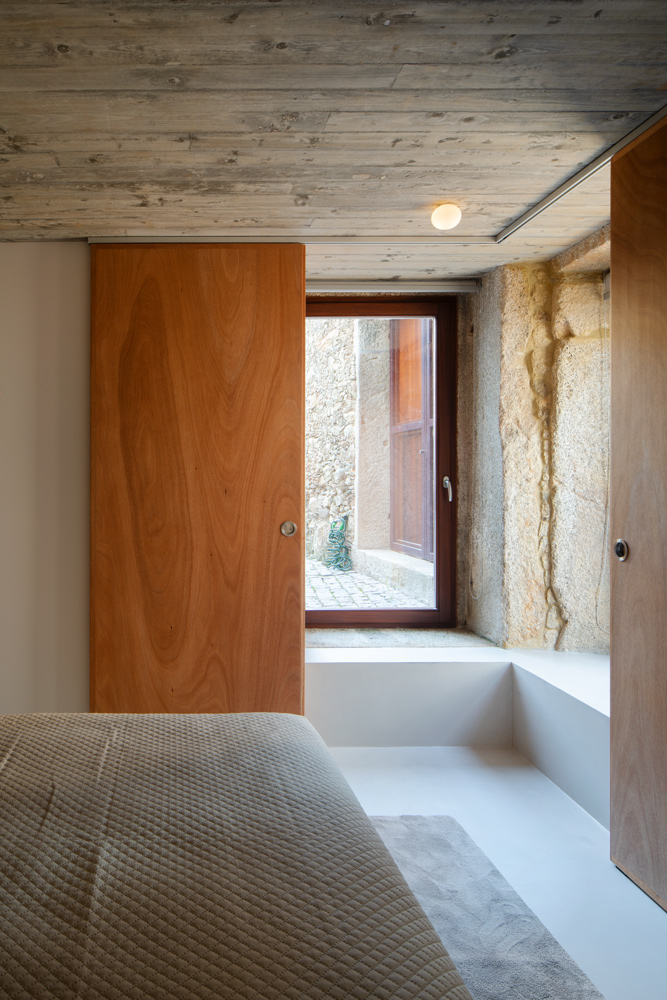 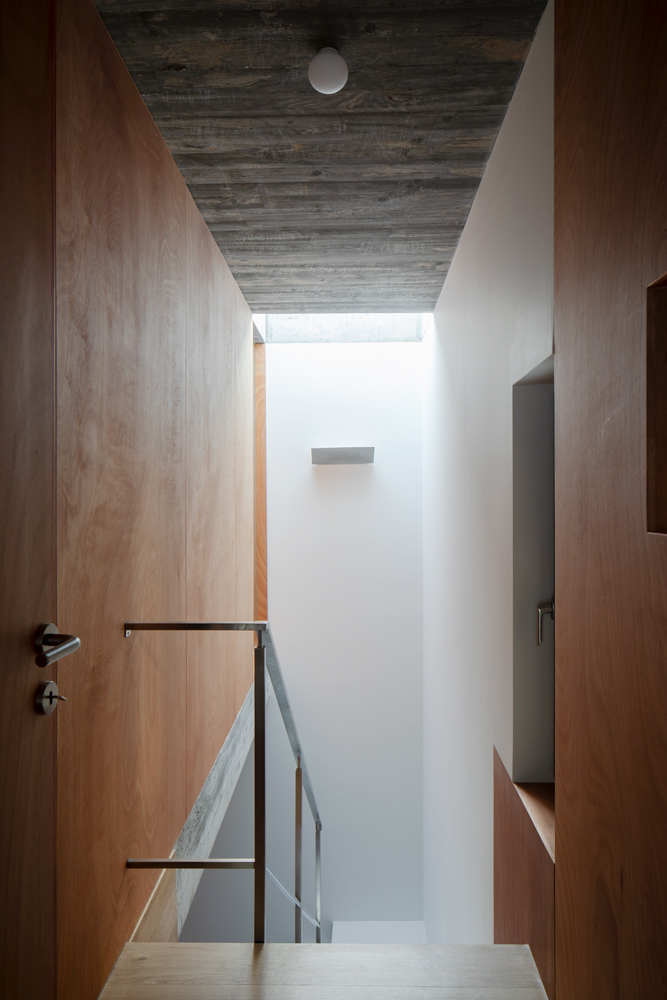 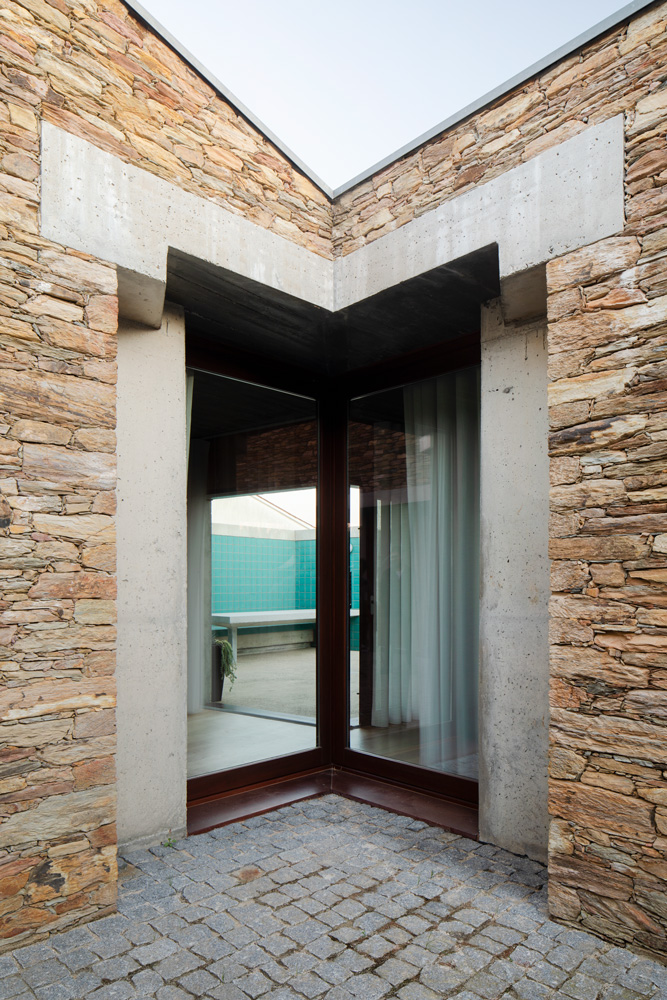 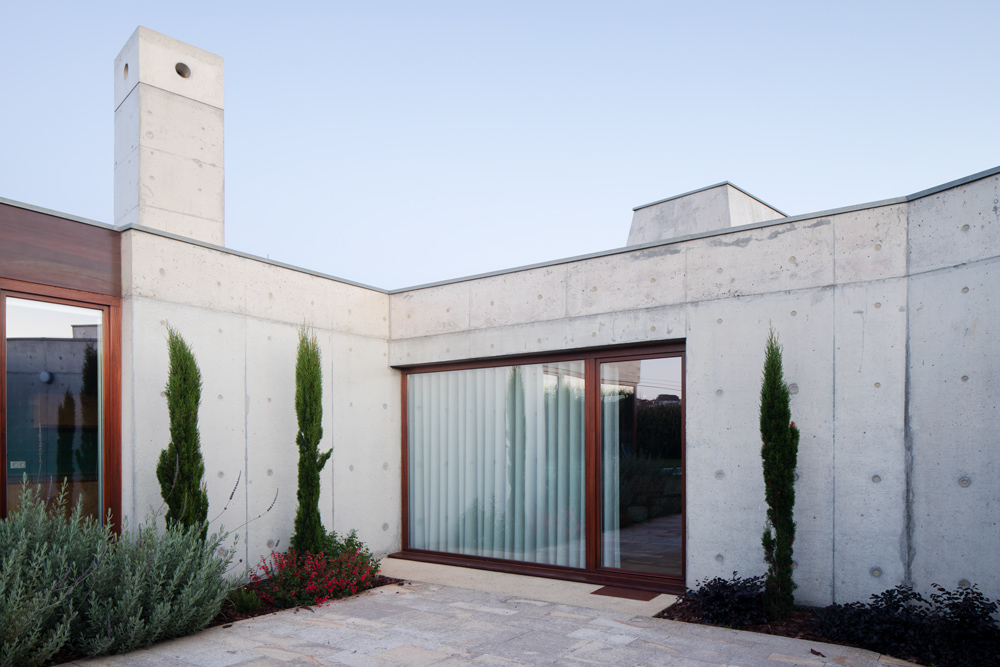 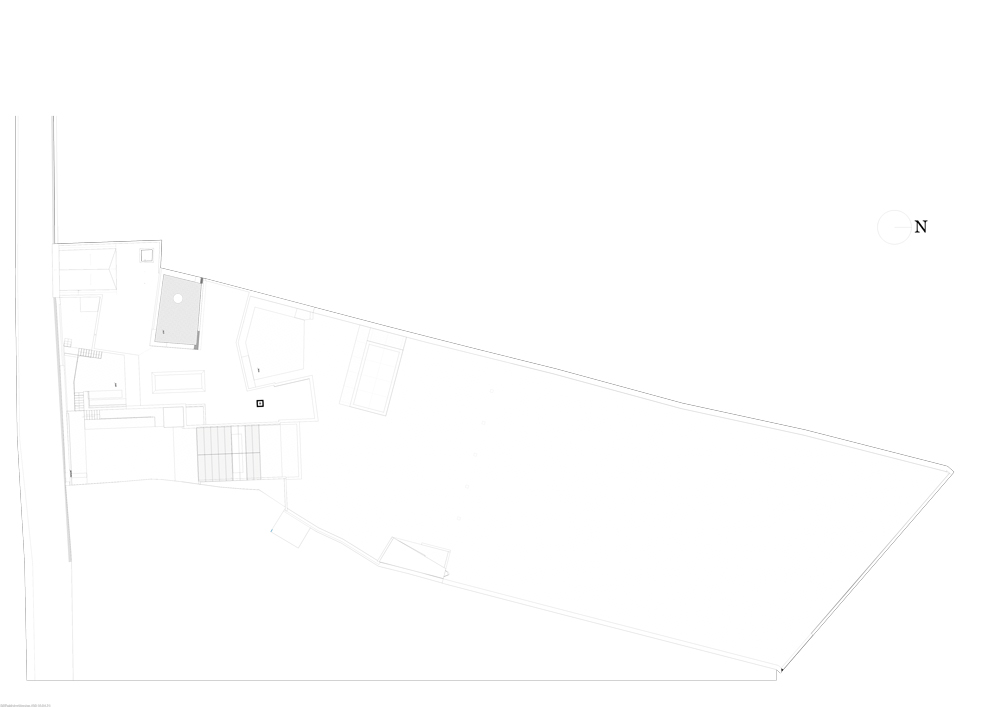 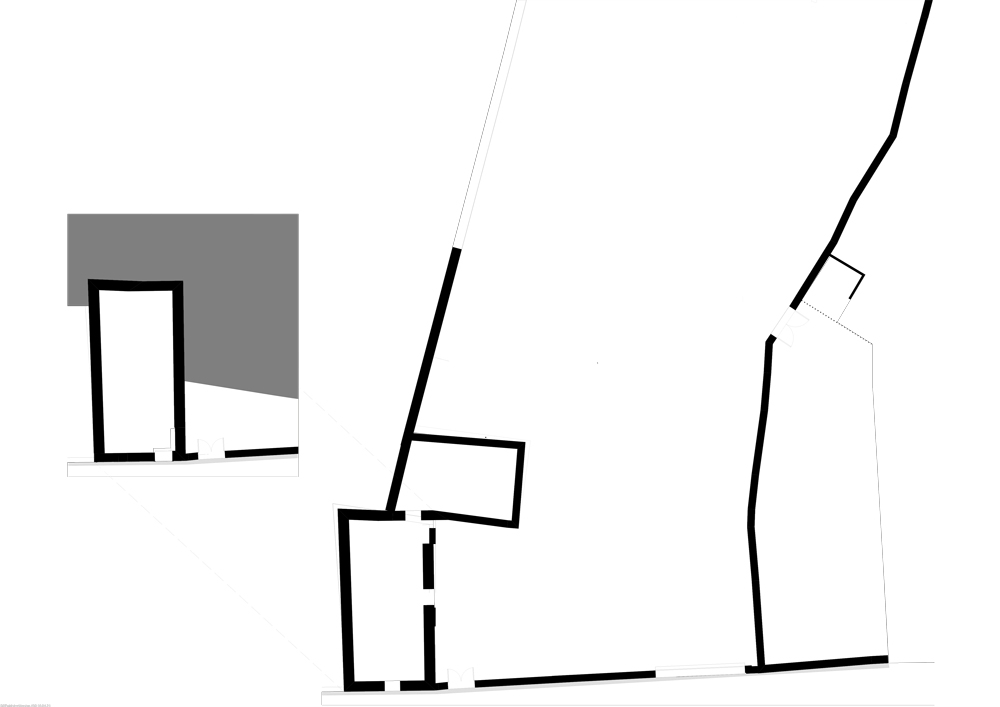 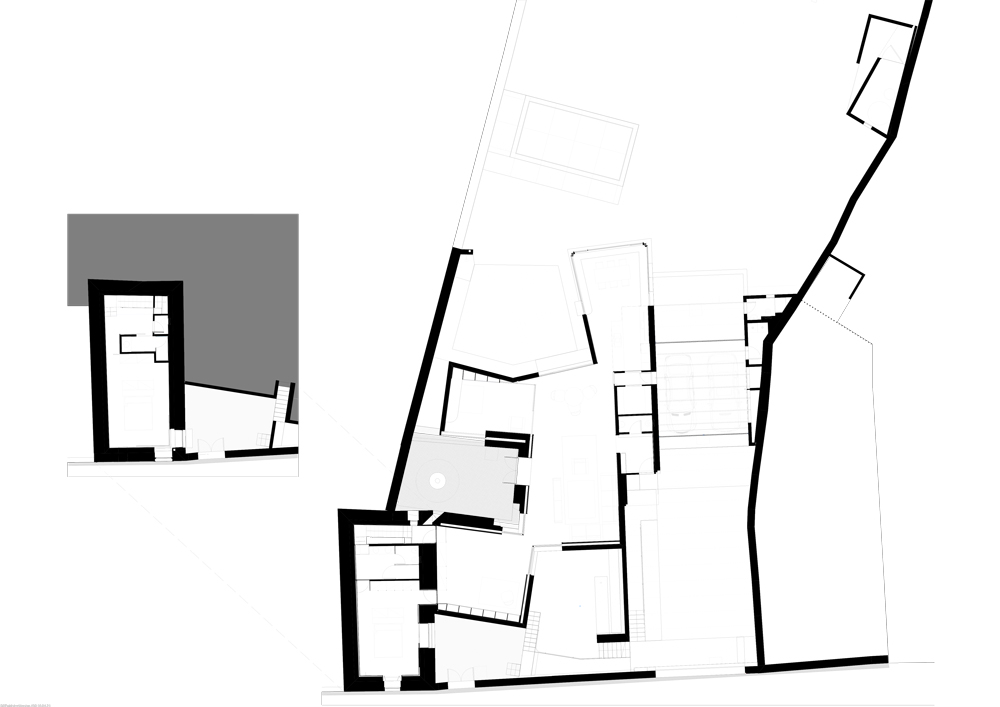 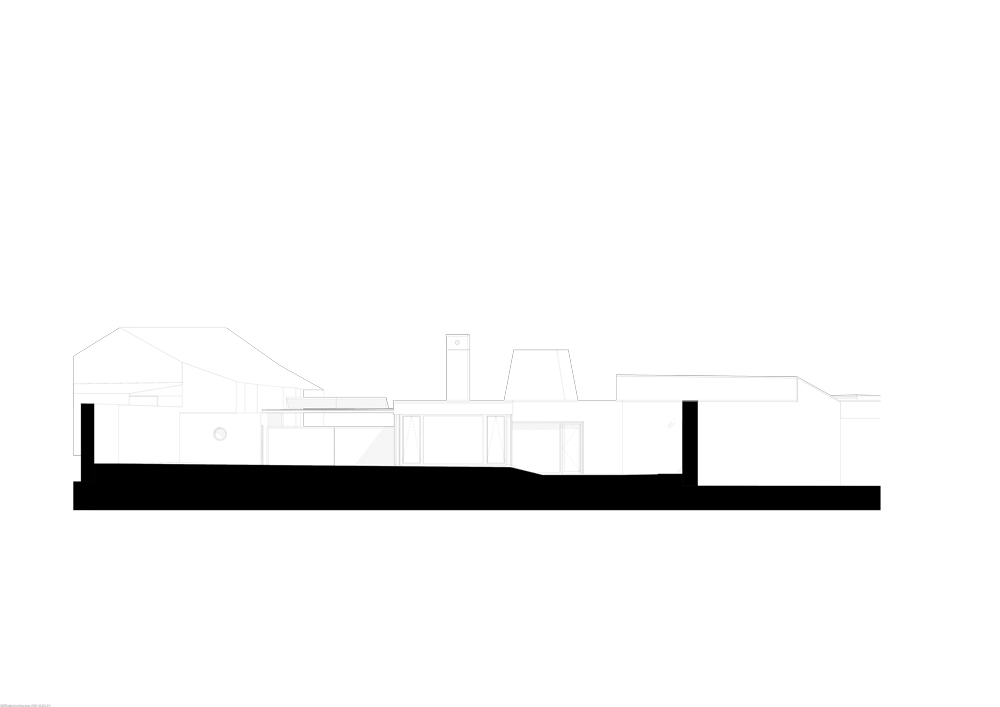 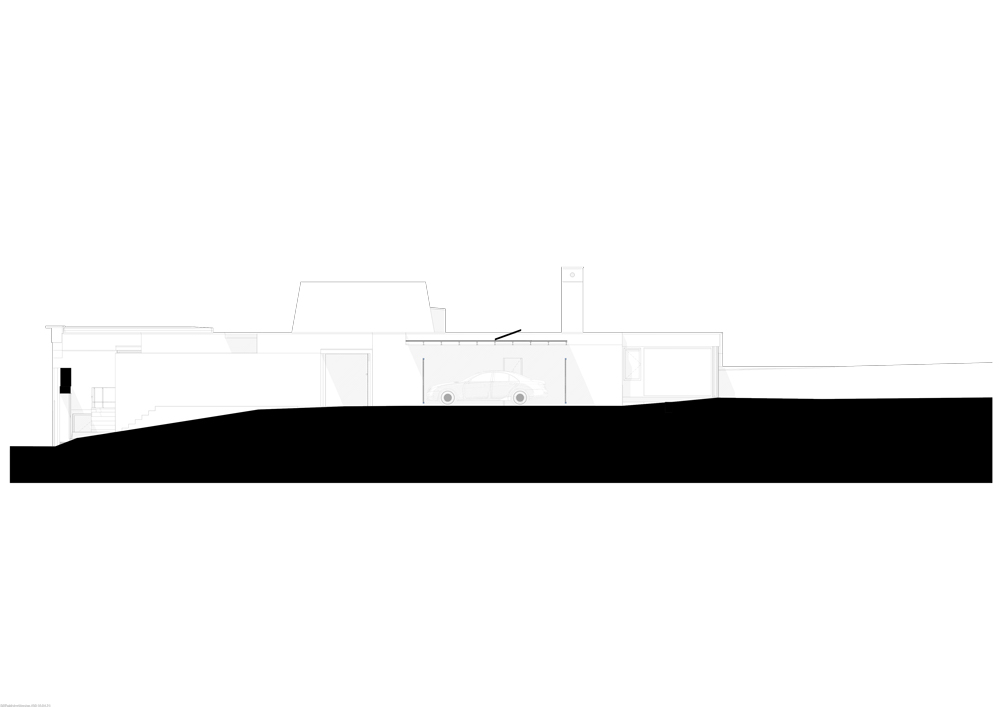 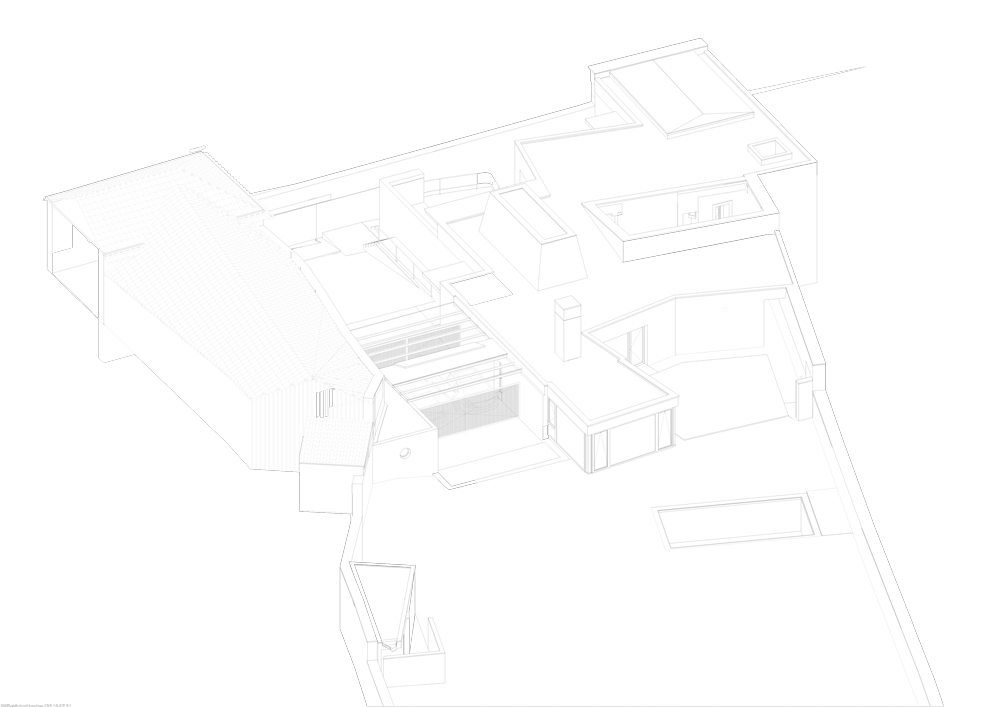 The plot, very long but nevertheless wide, faced the street in the low level and a big field in the high level. This difference of  heights creates a big difference of quadrats, almost creating two separate worlds in the same plot. The existing house in schist holds a romanic church capitel in its facade and arose an initial debate of how to preserve it with the local authorities, due the state of total ruin and the intentions to extend the house to more than its double .

From the two pre-existing schist stone volumes, we occupied the one facing the street with rooms, whilst the other we “disoccupied” with an exterior patio. The proposal aims to belt and consolidate the pre-existences by building inside and around a new concrete “coffer”, enough elastic to transport one living the well consolidated street to a maximum isolation of the fields in the north sector. This “preservation” strategy could have some roots, with the required distances, in the superefficient and lasting example of the Cordoba Mosque and Cathedral.

The concrete walls and slabs are designed both to adapt to the implantation of the pre-existing houses and to a new organizing main axis that defines the entrance space and the more technical area for storage/ car’s porch . Between these two main imposed and auto imposed circumstances, the design intended to create a system of four more demure patios, more or less opened to the outside landscapes. Two of them belong to the street quadrant and the other two belong to the fields.

The absence of a reference about the client request can be surprising, as it’s usual to be a central item for us. Here there was no exception with the significant detail of an almost absolute unanimity throughout the process. Jocosely, the main discussion and negotiation took place at the end on a big topic: the ceramics combinations.