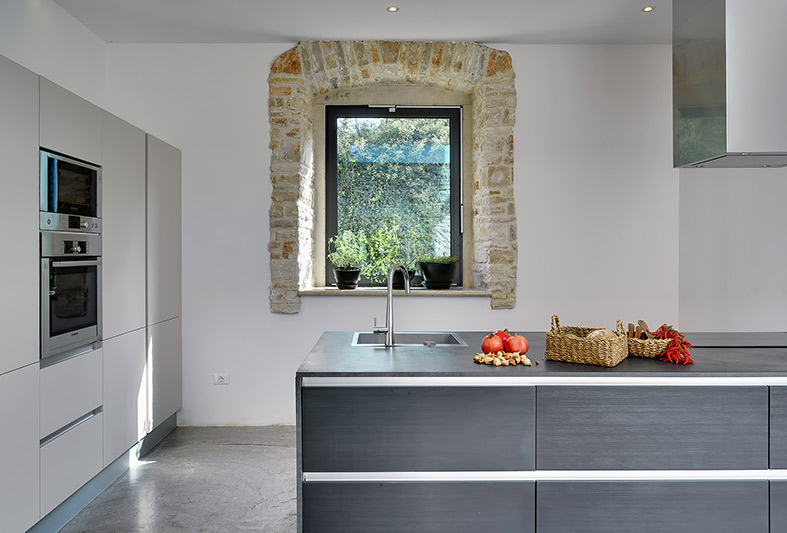 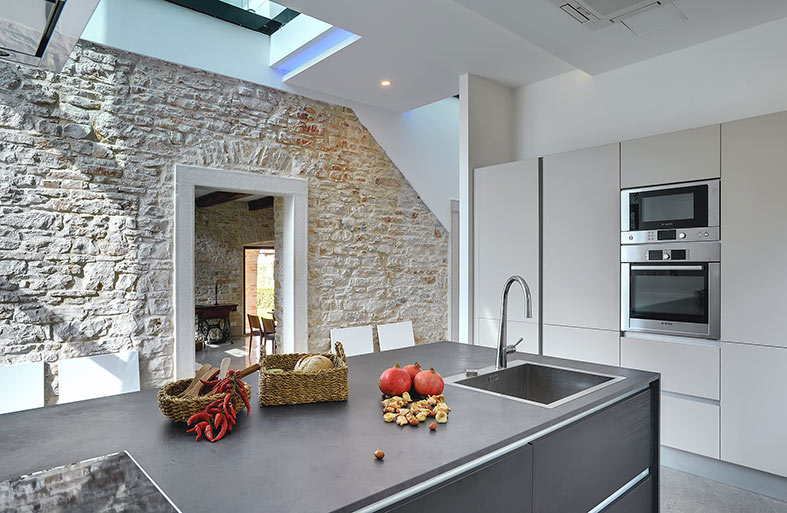 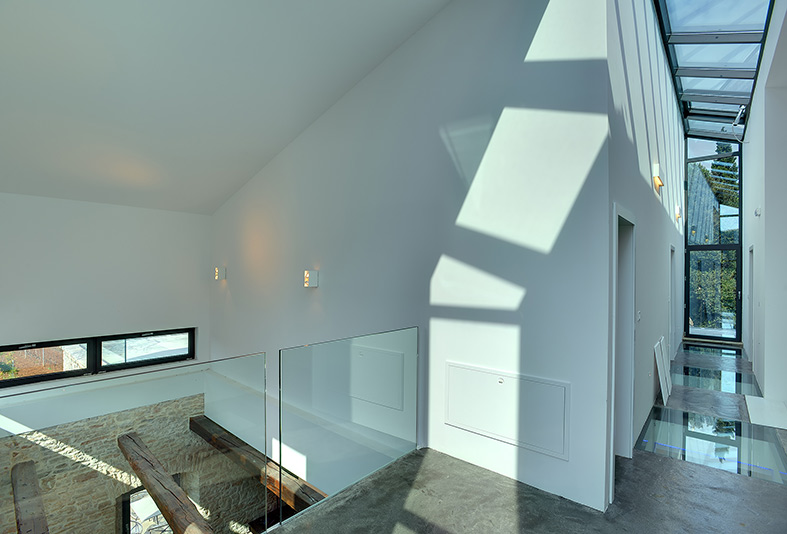 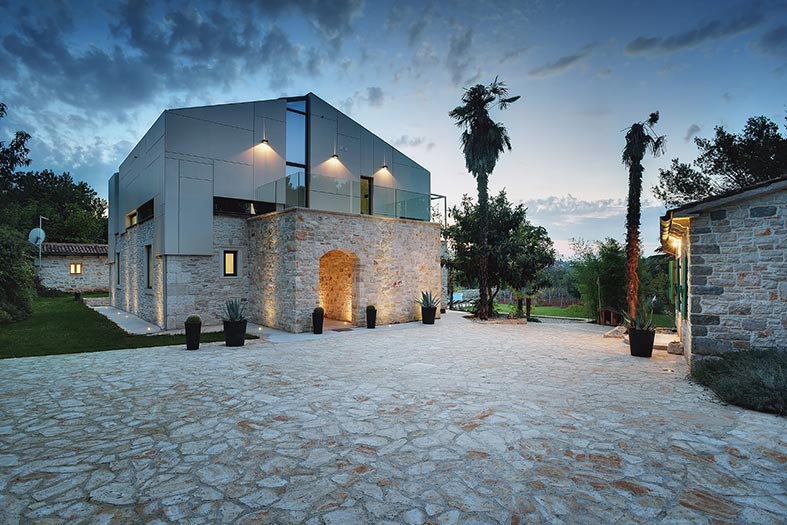 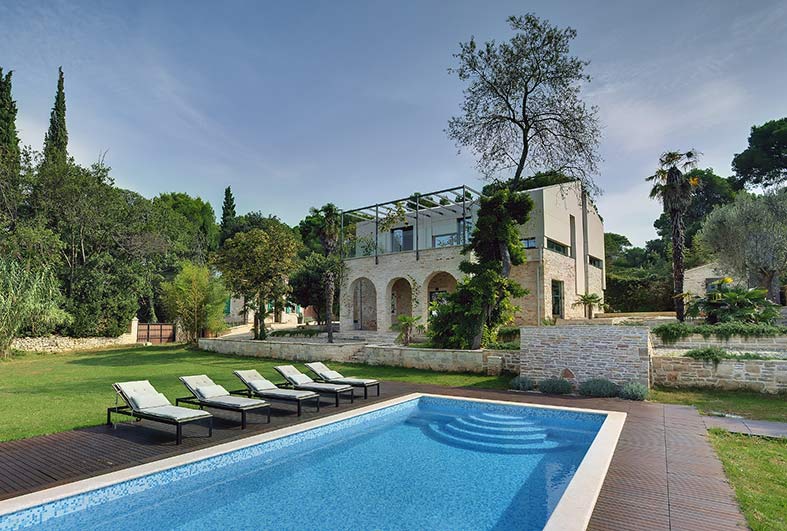 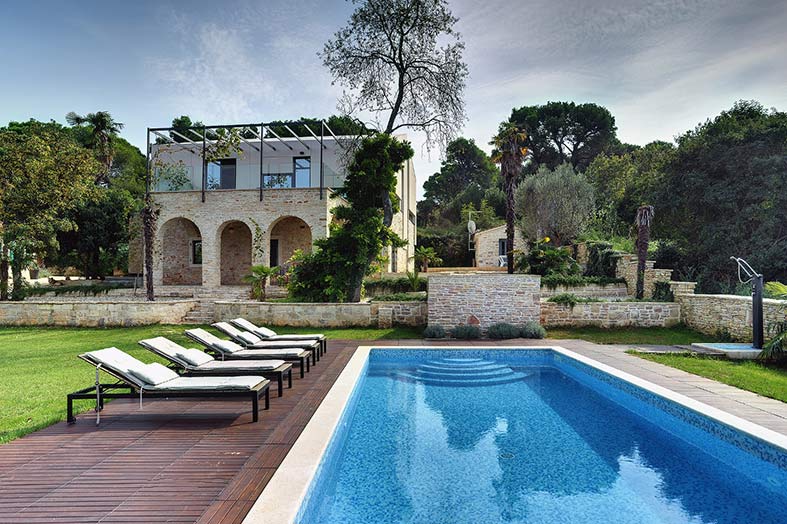 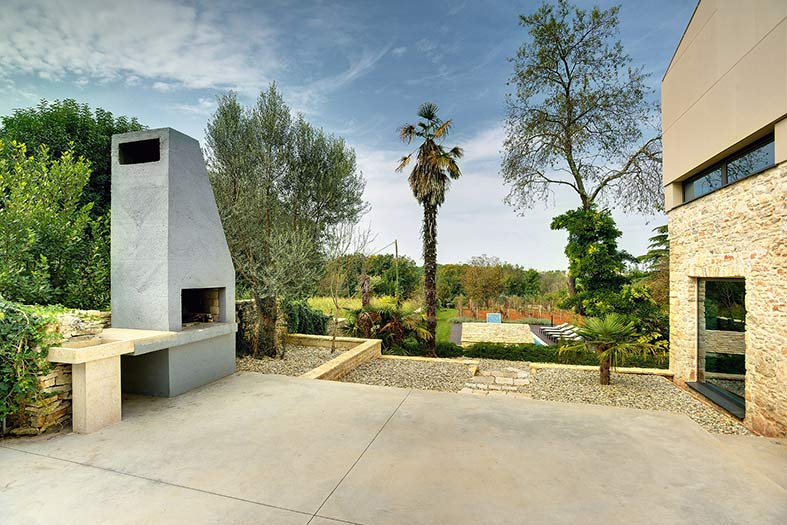 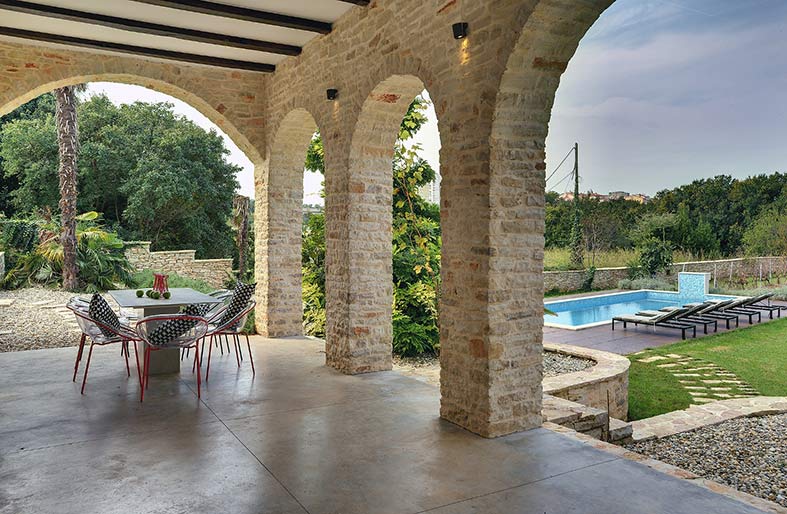 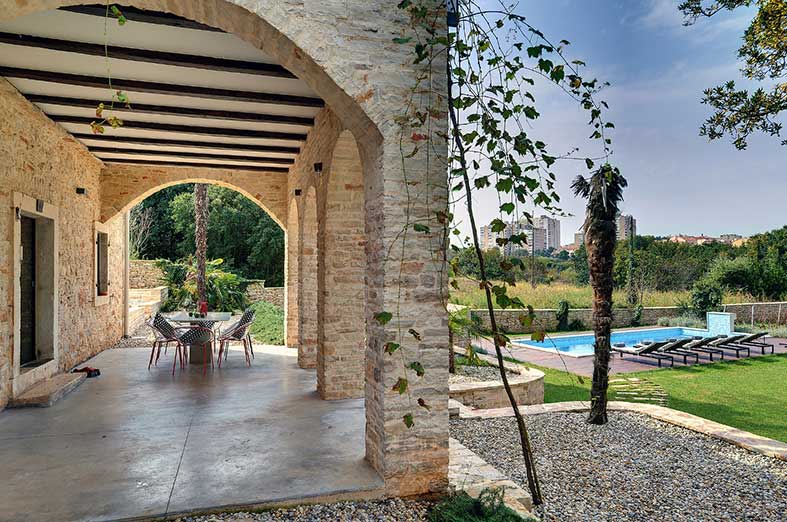 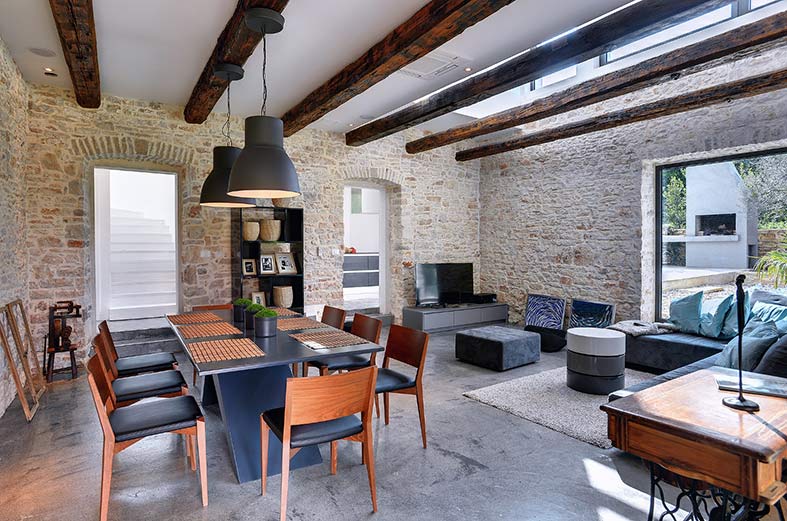 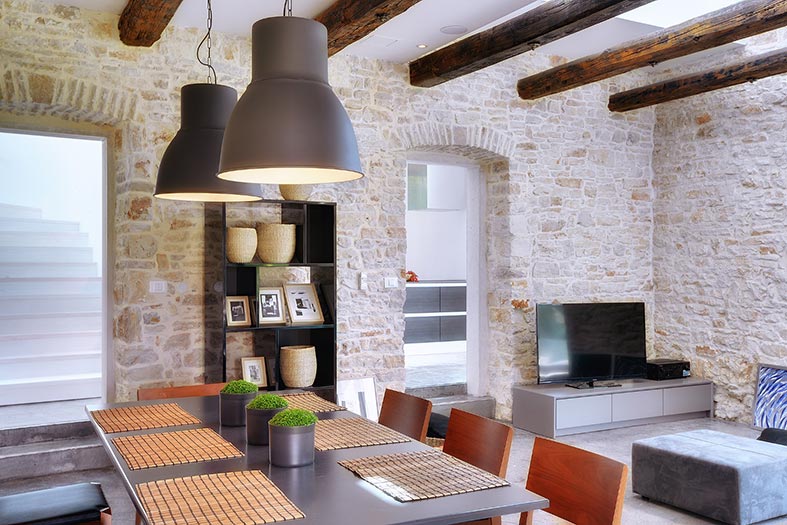 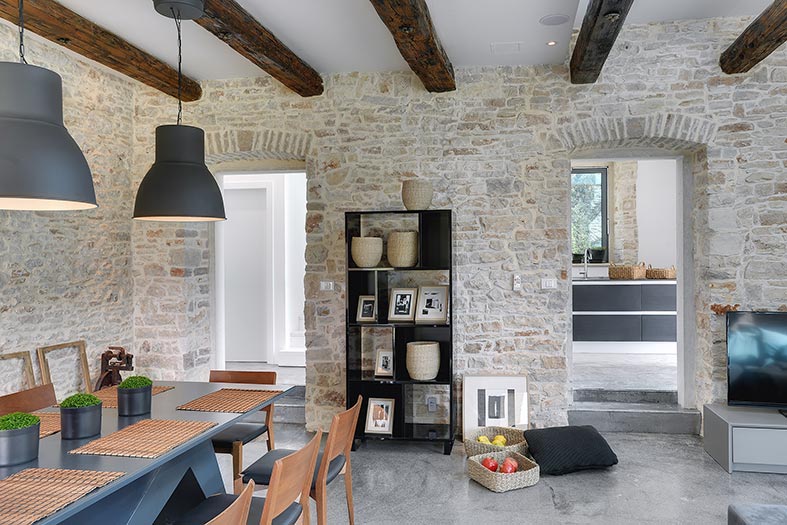 Simply put, what the client wanted is to upgrade the floor to an existing old stone house, so that together with the existing ground floor it becomes the function of the holiday villa.

Villa Martinuzzi was built around 1890, and the house and the auxiliary facility belonged to it was made by the Žmak family who used it as a dwelling house. Here they even brought the sheep from Ćićarija, mountain near Buzet and Učka.

The existing ground floor consisted of a series of rooms to be used for, and the already existing concrete double staircases for the east floor. The walls of the ground floor are massive stones, 45 cm thick. The entrance to the ground floor was located west of the terrace with arches, and the ceiling had well-preserved wooden beams. The idea of the upgrade consisted in forming the volume of a floor that "encloses" the ground floor, with a front panel that "drained" in some parts over an existing stone base, and in other parts "moved" from the existing base through glazed parts of the facade, balcony doors and floor window.

All this was served by a ventilated facade covering with the roof, as a contrast to the natural stone. The façade panels are of different formats, arranged in irregular raster - the architect describes, and notes that the existing entrance to the house sought to be moved in such a way as to be oriented to the main entrance to the plot on the north side. For this reason, there was a communication axis in the north-south direction that divided the house to the west and east. In the east part are a smaller room and toilet, an existing staircase and a kitchen, and in the south bedroom with a bathroom and a dining room with a living area. Also, existing niches have been used in the wall to form new passages and doors.

This communication spit comes to the south facade and connects the entrance and courtyard of the plot where the existing summer kitchen and the new outdoor grill are located, as the architect of conscious geometry has overlapped. Through the existing covered terraces, access to the new pool in the garden on the west side. The house thus becomes a communication hub on the plot. The story is repeated on the floor with the north-south communication knife in the form of a corridor-gallery, and it is also mapped to the glazed part of the truss roof. The hallway is partially glazed to the ground floor corridor, while at the far southern part it opens in the form of a gallery above the ground floor.

That's why part of the ground floor was removed, but with preserved wooden beams floating in space. The house is organized so that there are two bathrooms and three bedrooms on the ground floor, one on the east side and two on the west, which have been opened onto a newly-formed terrace above the existing ground floor. The terrace is covered only with a "slim" pergola that does not sit on the existing ground arches, but only tangiers from the outside. The natural solution of the inner and outer fences in this case was in glass.

Unlike the exterior, there was no need for serious interventions in the interior. The interior of the house is minimalist, slightly industrial, and flat, with a prevailing white and gray color. The industrial floor I wanted for a long time seemed to be an excellent solution. The whole house prevails in white in contrast to some black details. In the old, stone ground floor dominates the stone. Large windows and glass on the floor are a bit worn out in Scandinavian design.

In the end everything became whole, both old and new, and stone and glass, and black floors and stone walls.