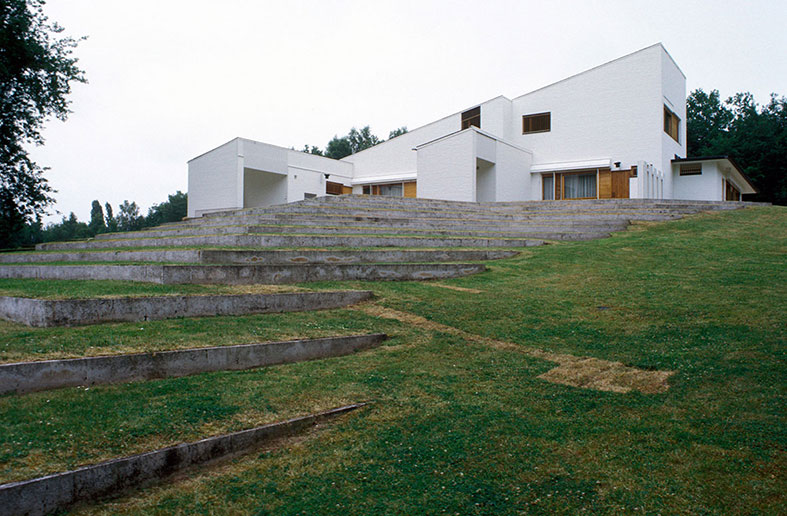 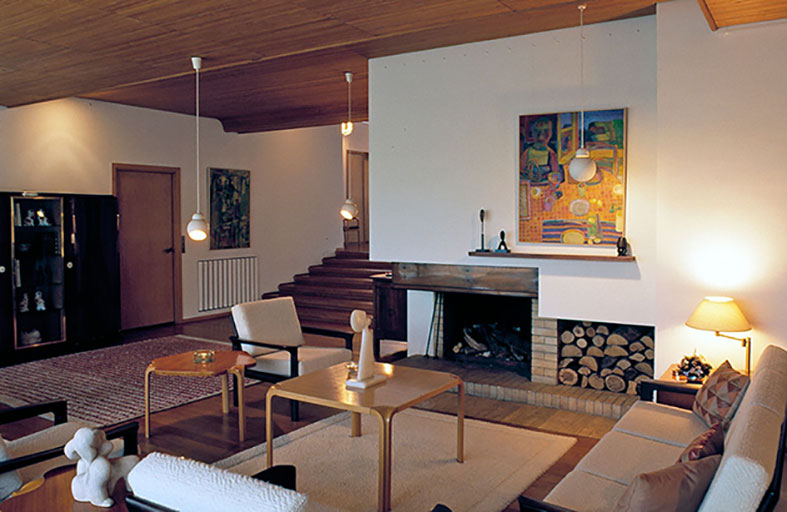 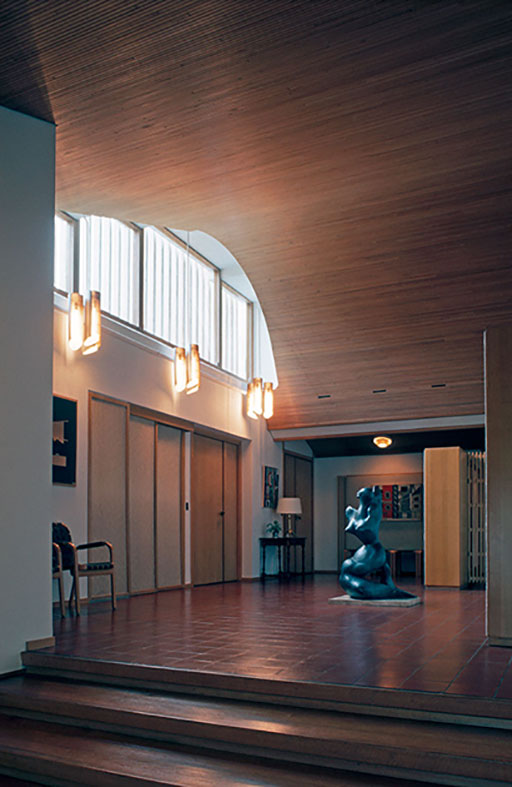 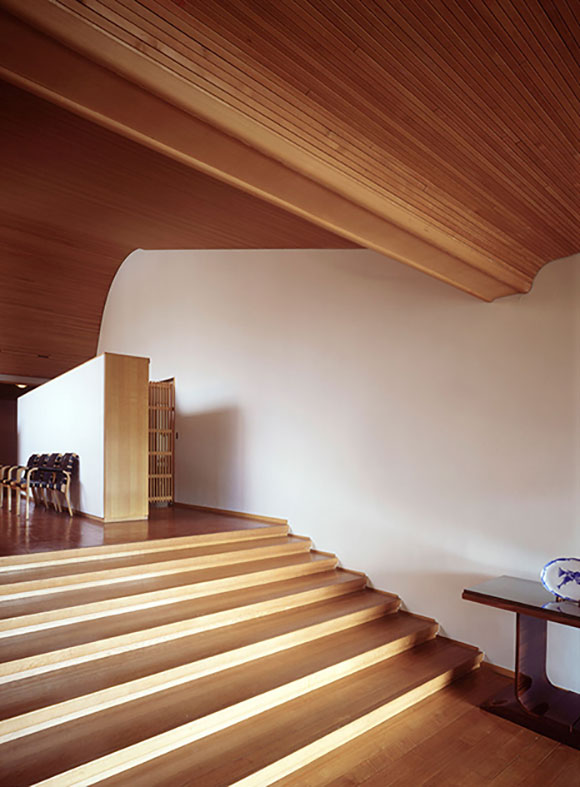 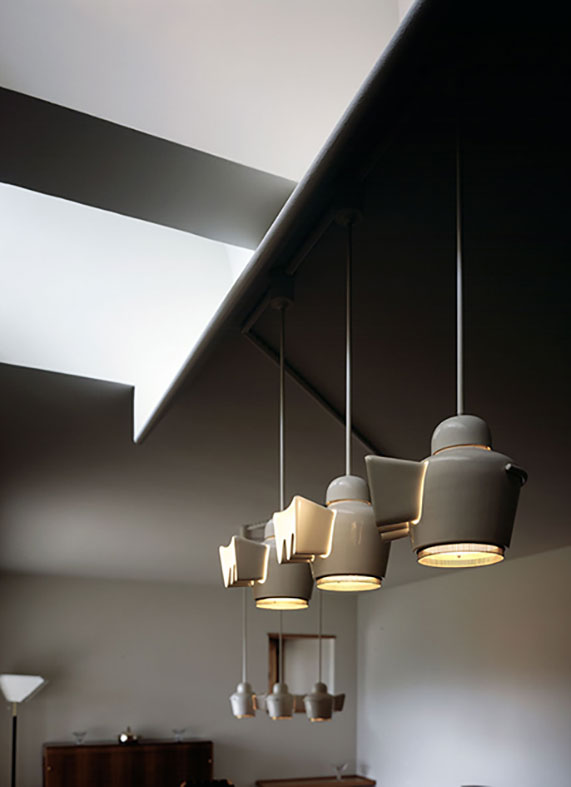 Aalto was contacted in autumn 1956 by the well-known French art dealer Louis Carré and his wife, who wished to build a villa of the highest artistic quality and material comfort on a large plot Carré had acquired near the village of Bazoches, with a sweeping view of a history-rich landscape that merges with the Forêt de Rambouillet.

In addition to the architecture, Aalto was to be responsible for the furnishings - as exclusively designed as possible - and for the landscaping of the whole plot with terraces and plantings. He designed a house under an immense lean-to roof made of blue Normandy slate, pitched in imitation of the landscape itself. The base and parts of the walls are Chartres limestone; white rendered brick and marble were also used for the facades.

Since the purpose of the house was partly to exhibit gems from the dealer's stocks to prominent clients in an exclusive domestic milieu, the rooms were divided into an entertaining section and a service section, the bedrooms being connected with the latter. The spacious entrance hall with large panels for hanging paintings has a free-form wooden ceiling, built in situ by Finnish carpenters, as was the stepped wooden ceiling of the large living room. The entire living room wall facing the view is filled by a panorama window.

Specially designed light fixtures, fixed and movable furnishings with many unique touches complete the interior, which with its magnificent works of art rivals that of the Villa Mairea for modern comfort. Mr. and Mrs. Carré’s separate bedrooms with a Finnish sauna and an intimate garden area sheltered from the wind, are also lavishly appointed. The rising pitch of the roof from the kitchen area, office, and the luxurious guestroom makes space for an upper storey containing four staff bedrooms.

The surrounding garden, with its many old trees, was landscaped by Aalto with a system of ‘turf stairs’ i.e., low grassy terraces suported by cleft tree trunks (today replaced by stone ones), similar to those used in the Säynätsalo municipal offices and Aalto's own Experimental House. The garden also contains a theatre cavea built of slate, reminiscent of that enclosed by Aalto's architectural office. A garage, partly embedded into the slope, and a swimming pool complete the picture. The Maison Louis Carré was inaugurated in 1959, but work continued until 1961.