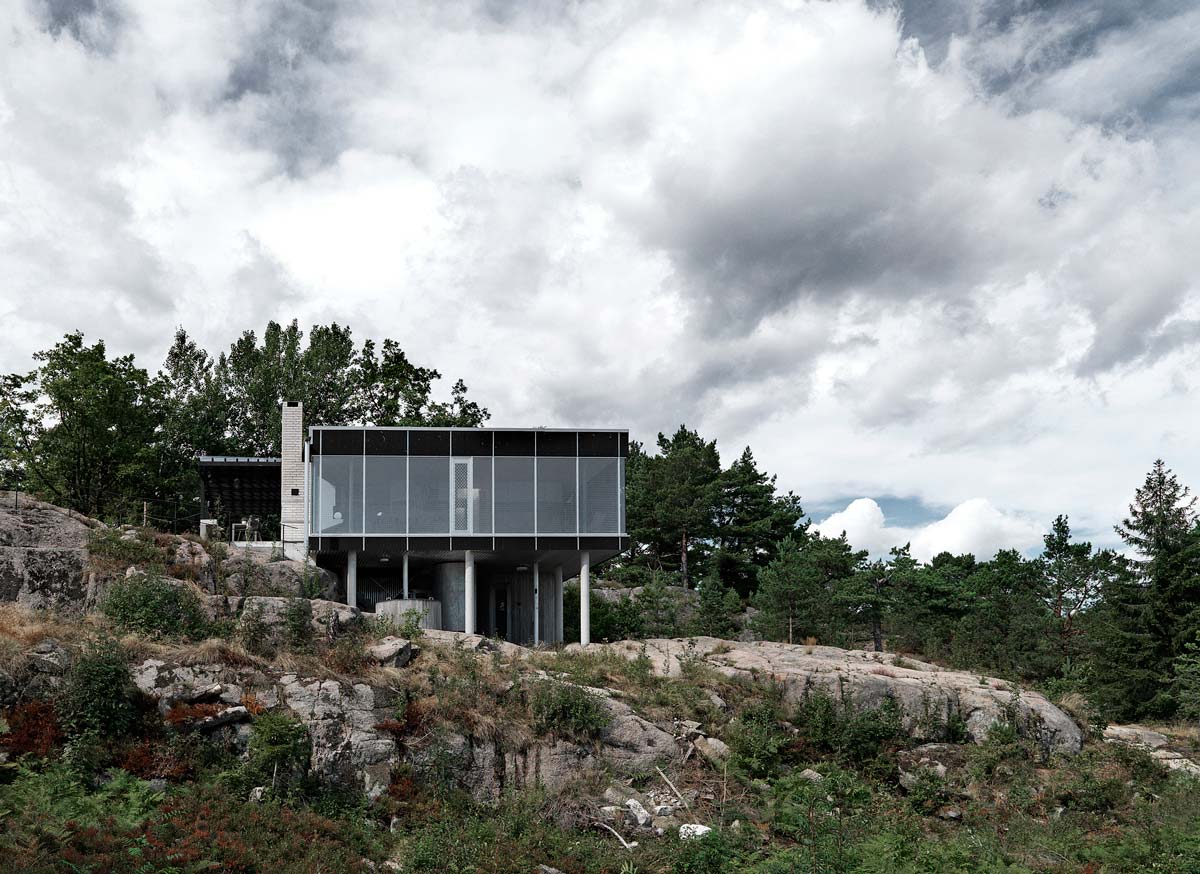 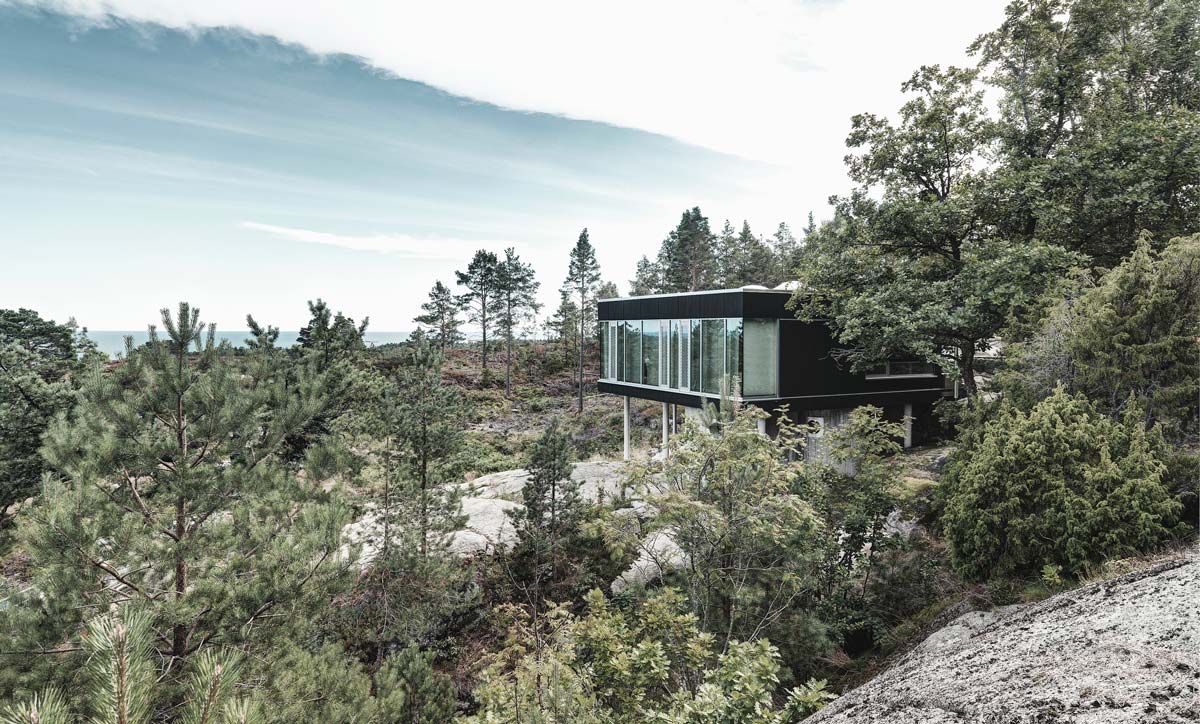 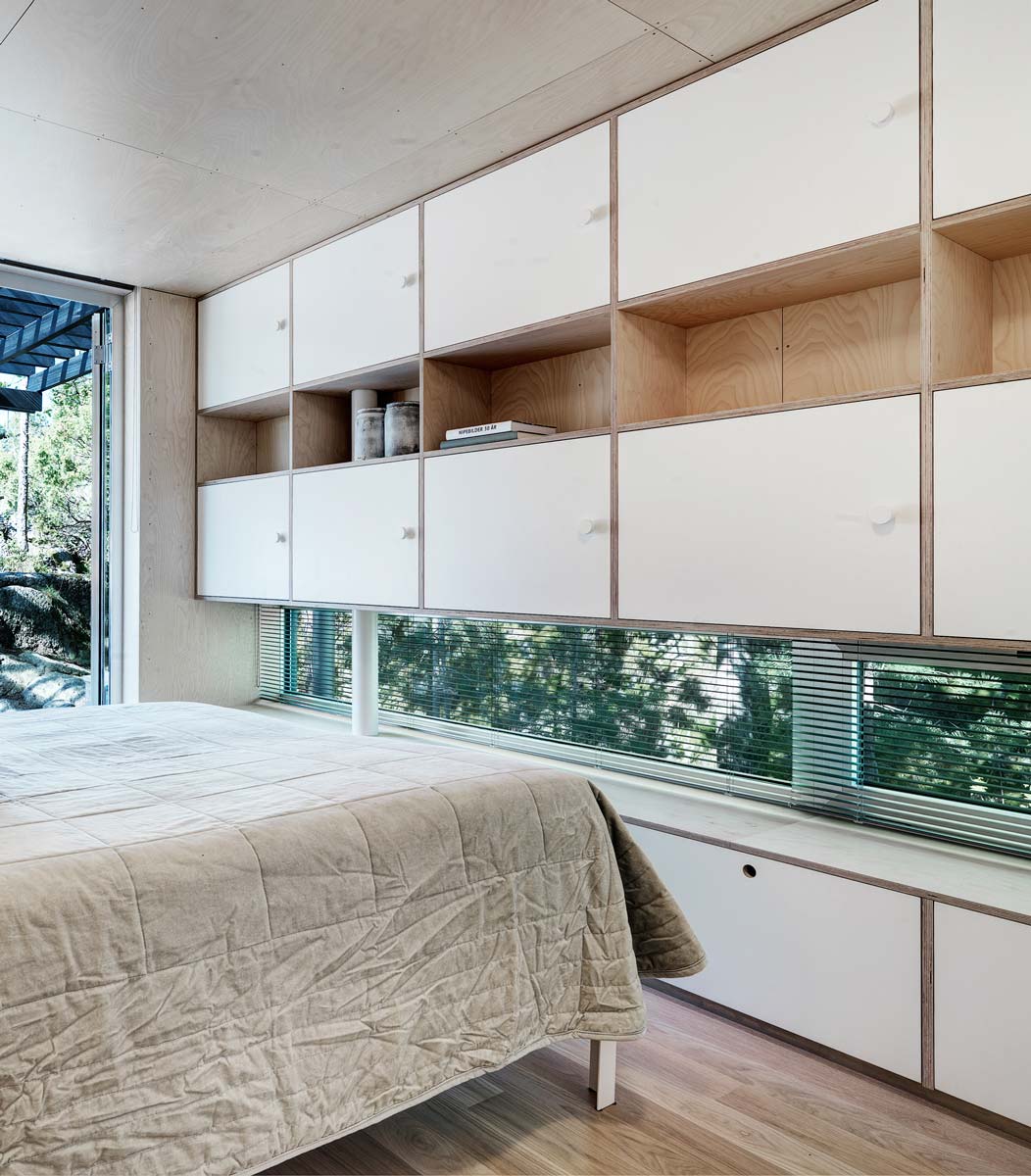 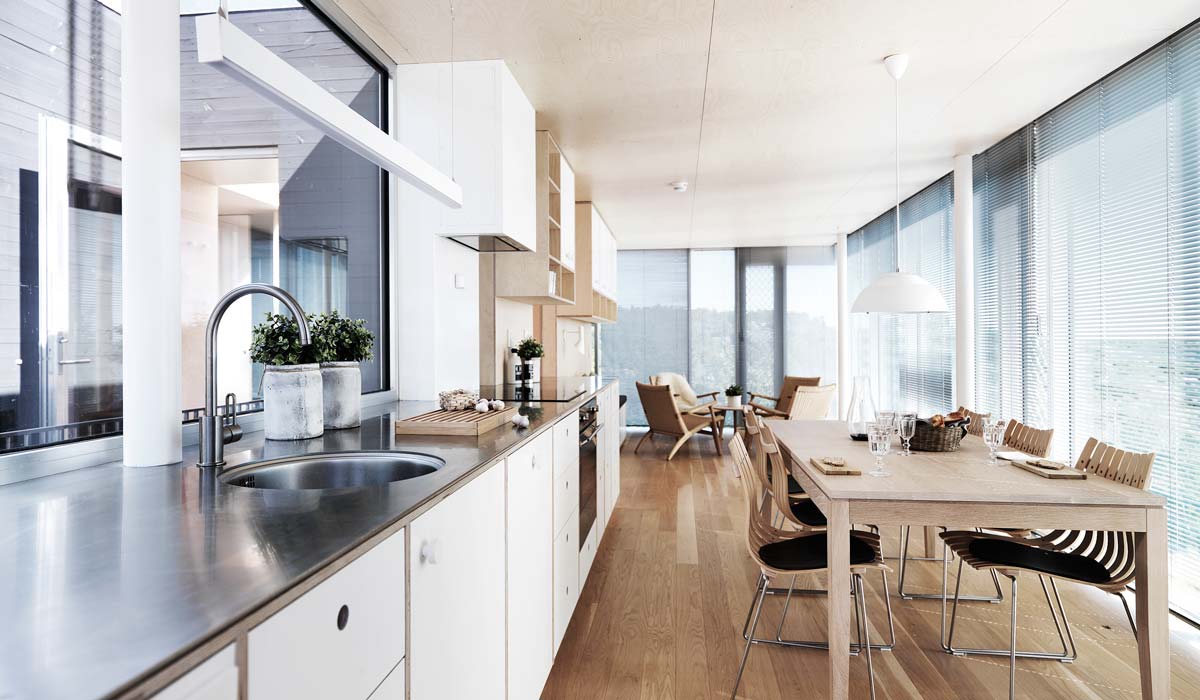 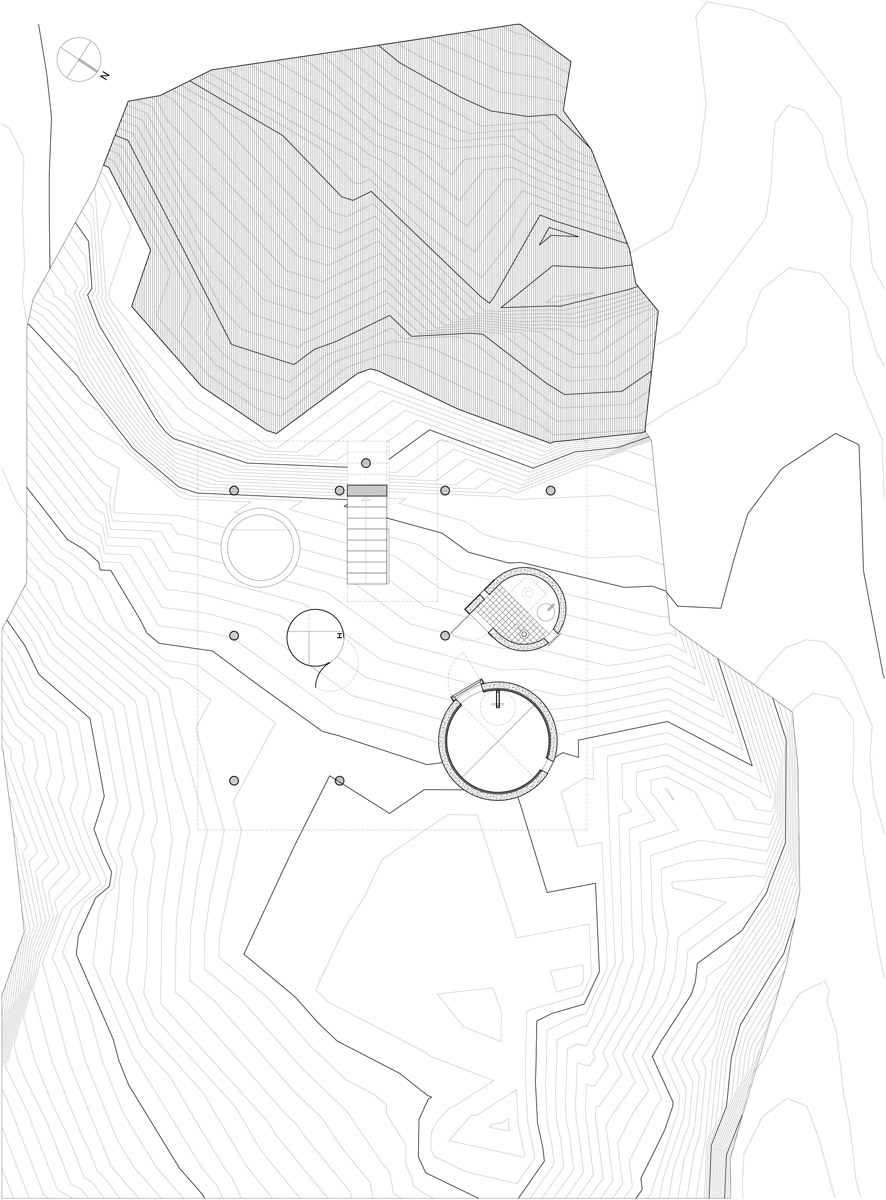 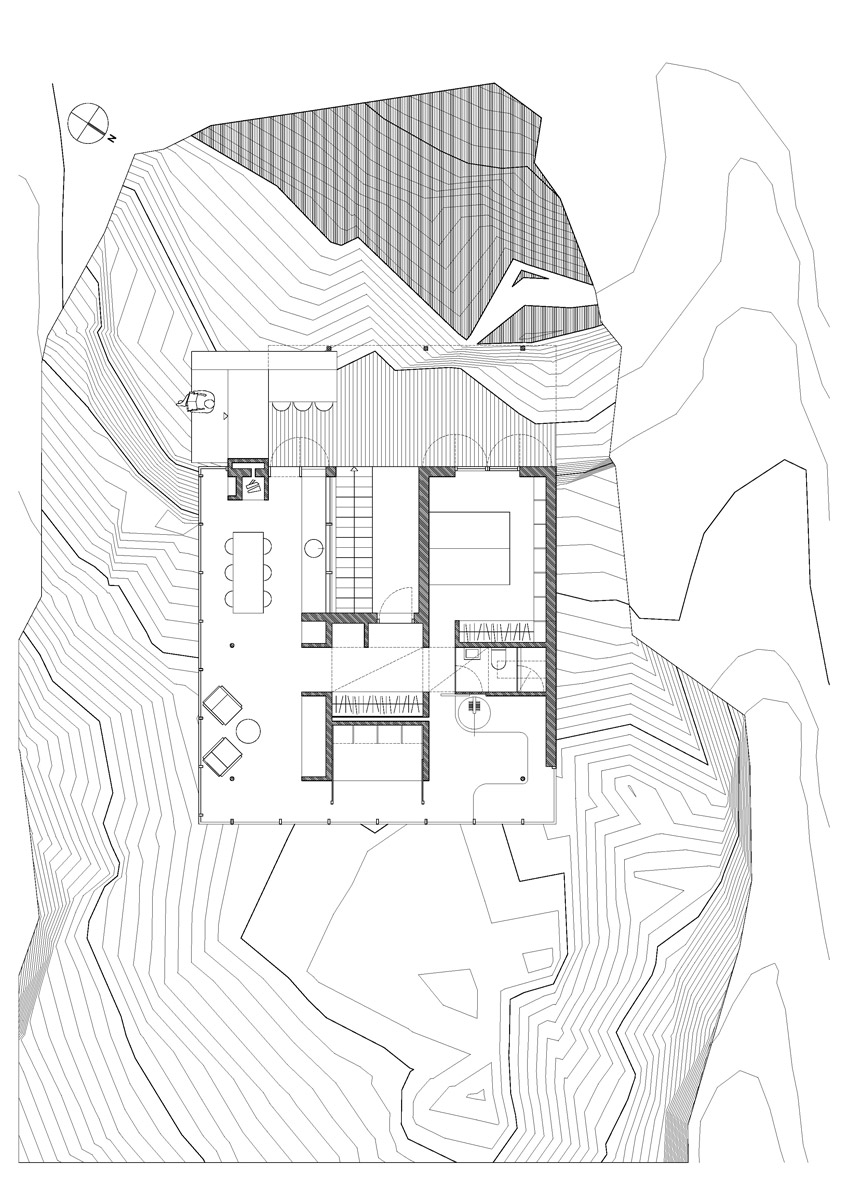 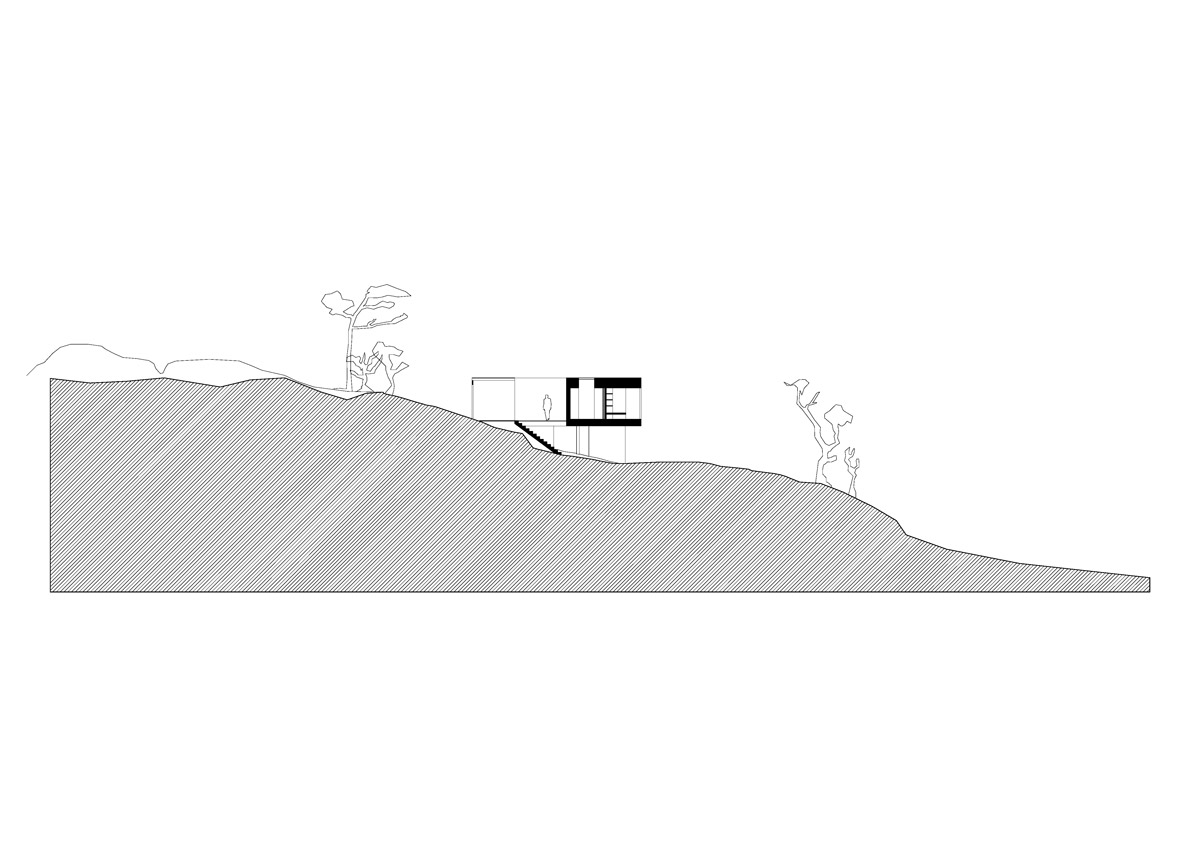 The small summer cabin is built on a steep rocky site at Nipe in Risør, southern Norway. Restrictions on the site limited the cabin to one floor. Rather than ruining the worn rock to create an even site, the one floor was raised on concrete pillars, - some thin and some hollow. This way the site was left with its original landscape and the underside of the house came in handy for purposes such as storage, hot tub, and hammocks as well as creating the main entrance.

The cabin contains three bedrooms, a bathroom, a multipurpose room including a kitchen area, and a fireplace both indoors and outdoors. One would enter the cabin from below, between the columns on the stairs of cast concrete on the bare rock underneath the building. The hollow pillars contain a guest bedroom and a bathroom as well as storage space. Corrugated steel sheets in the ceiling reflect the low evening sun.

The main volume is built so that one can experience the views of the fjord to the South, and the open landscape to the East through floor-to-ceiling windows framed in raw aluminum. The master bedroom and living space are opening to a covered terrace towards the west, whereas low windows give a close view of the pine trees in the north.

In situ cast, concrete sitting benches are built directly onto the mountains facing South-West. A fireplace of brick is also built in the same area to enjoy late summer nights, back-to-back to the steel coated fireplace of the dining area.

The need for being able to use most of the rooms as bedrooms creates a series of spaces somewhat conventional rooms that can be closed using sliding doors. The room placed on the Northside of the plot is a multipurpose room, which can be used as a lounge, playroom, or bedroom. A bench is built-in along the inside of the structure which can be used as a sofa during the day - and transformed into 3 single beds by night.