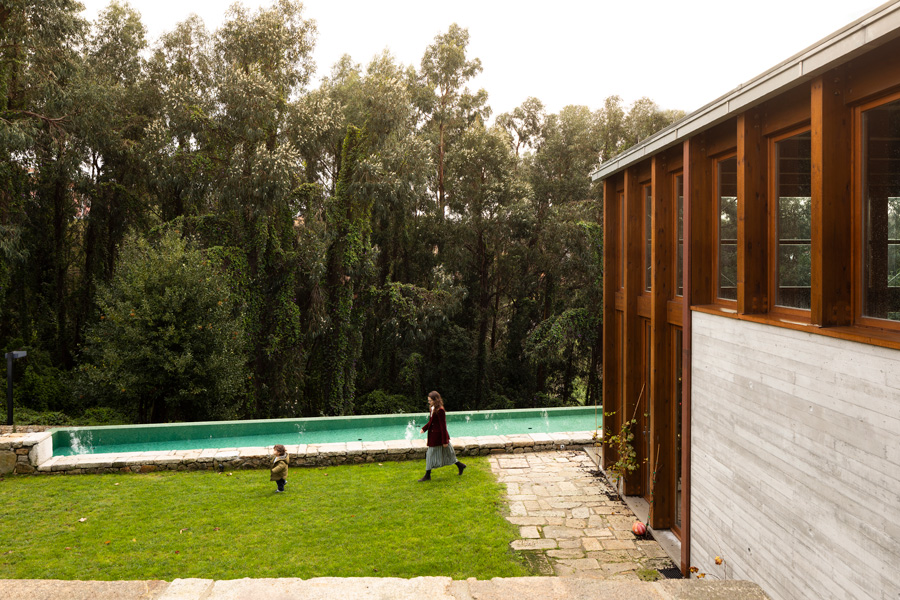 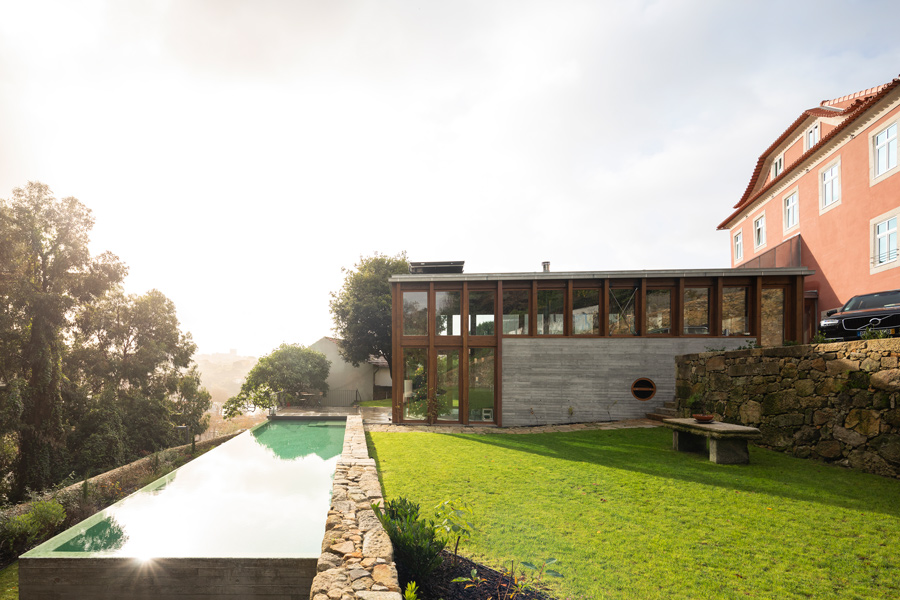 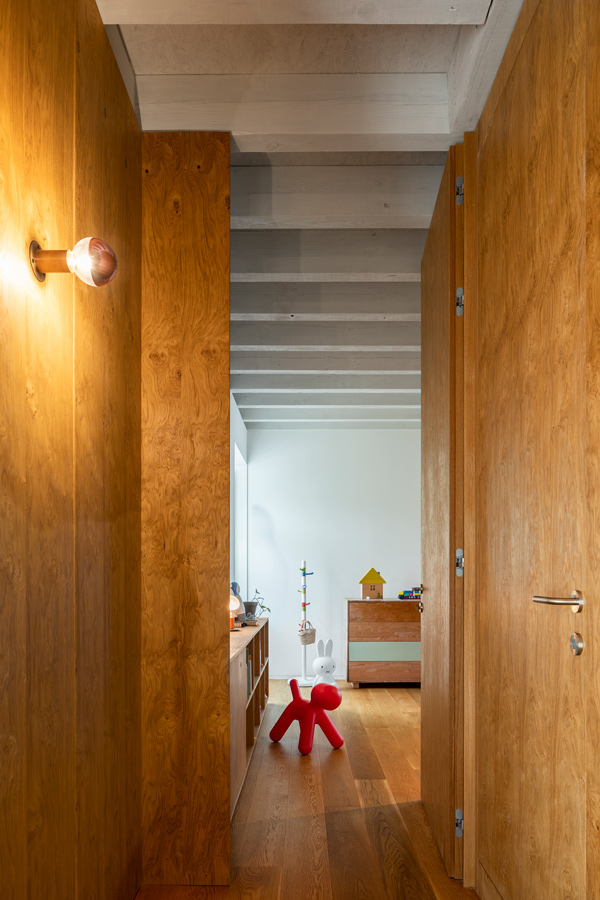 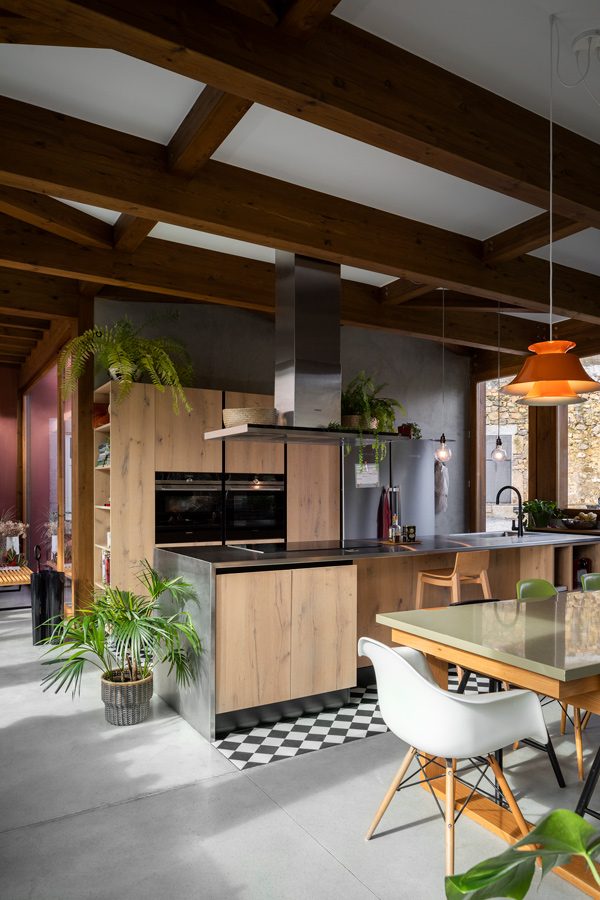 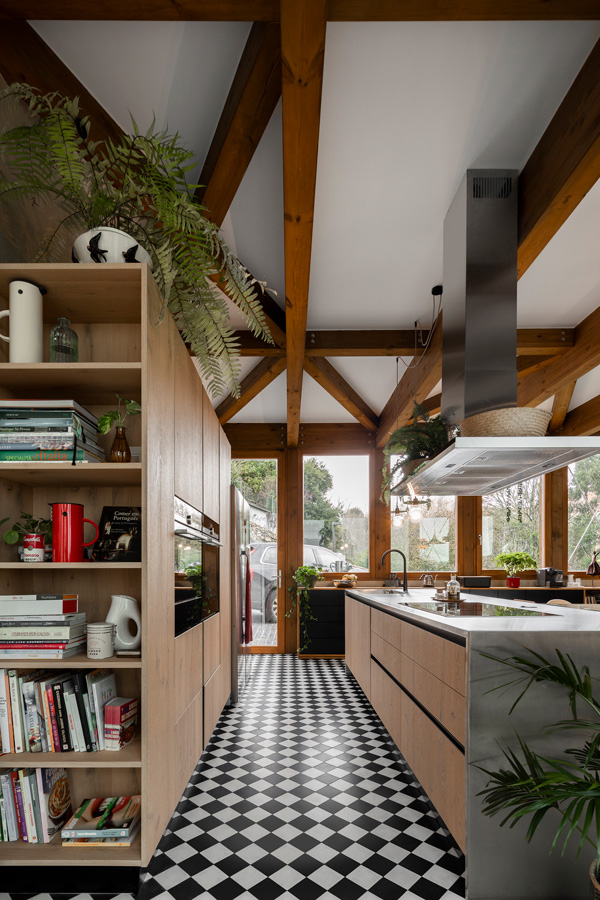 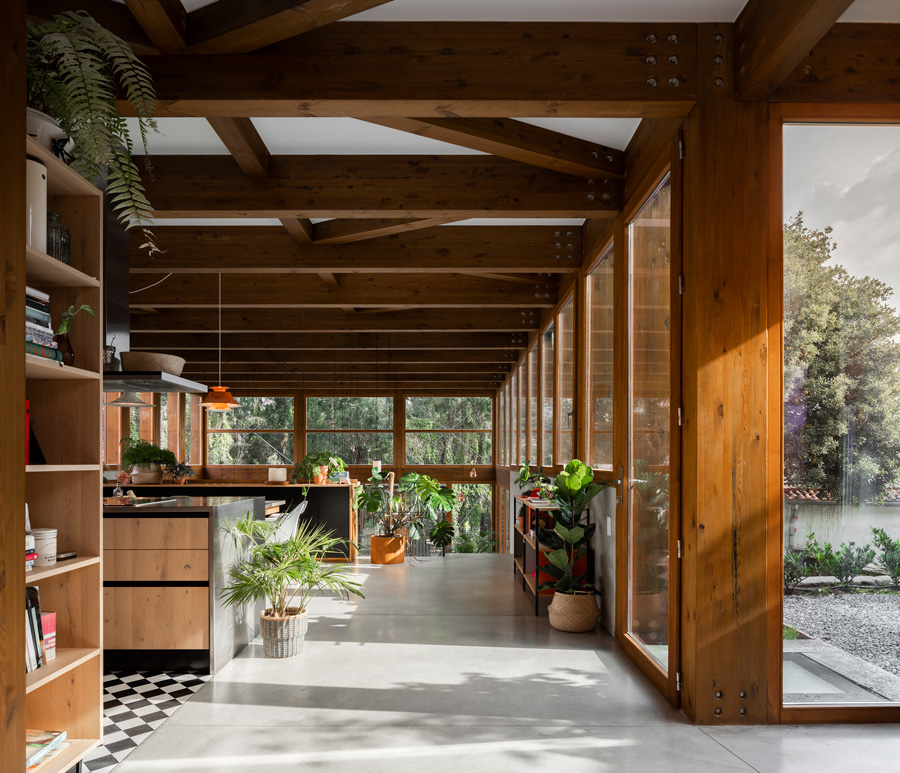 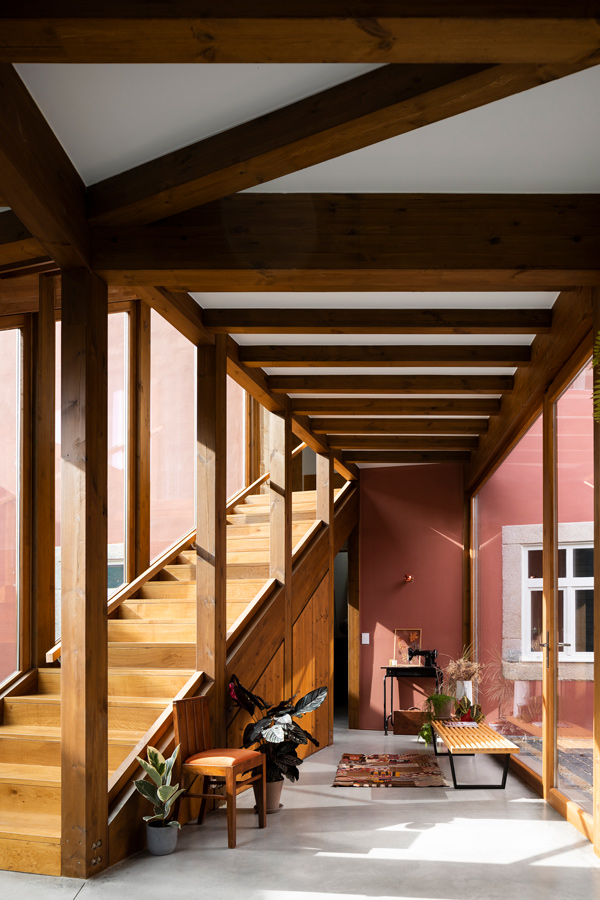 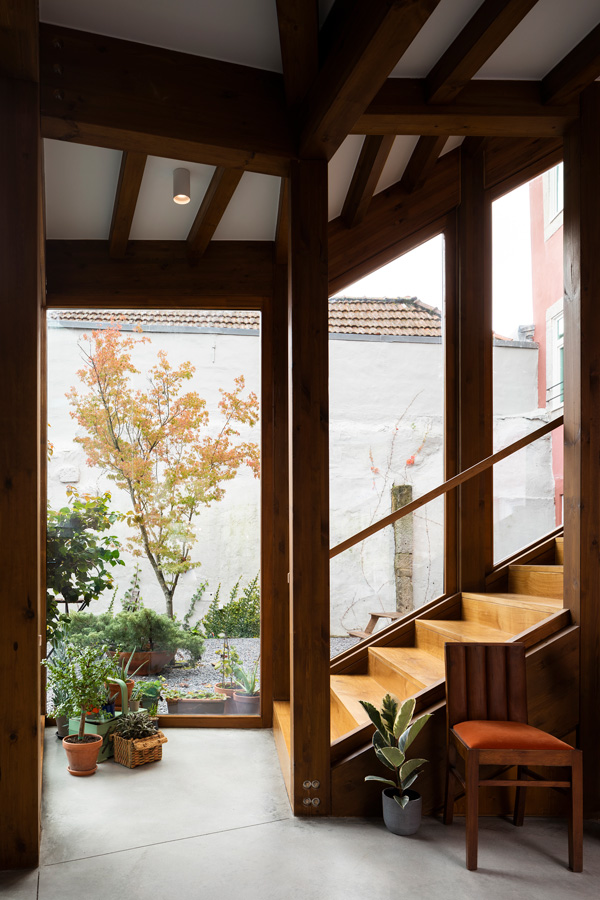 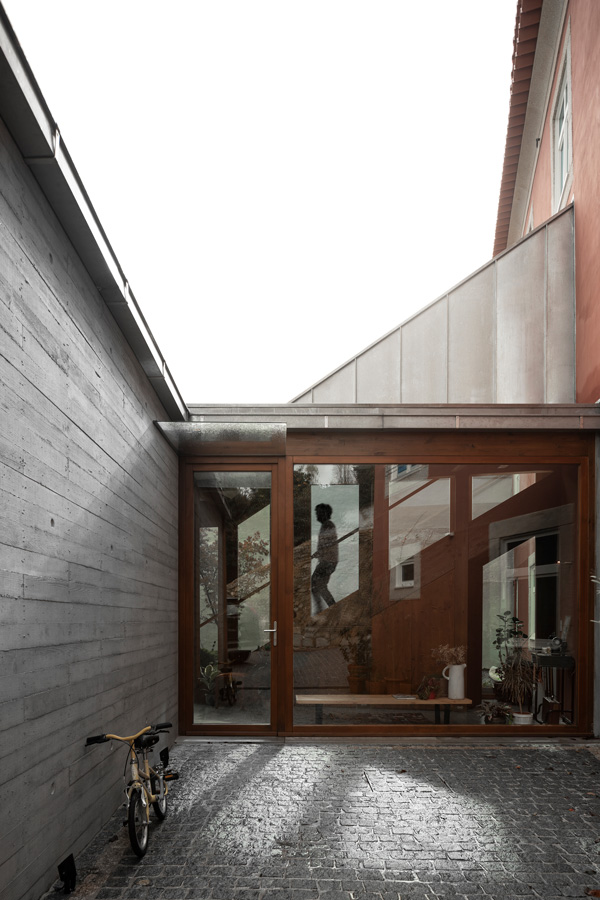 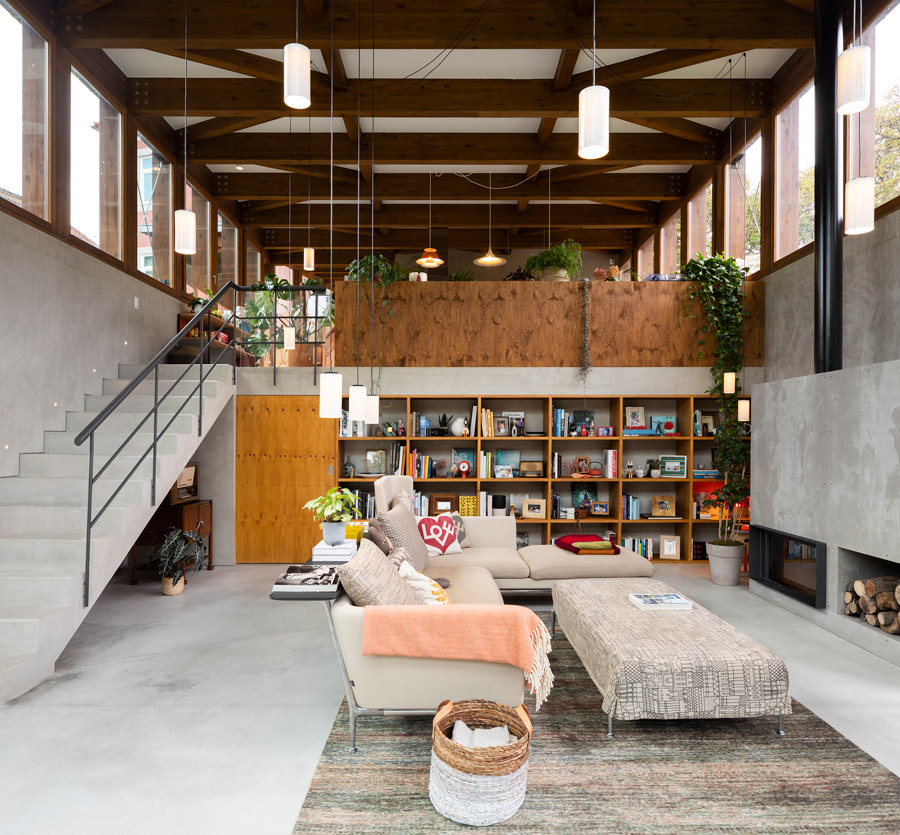 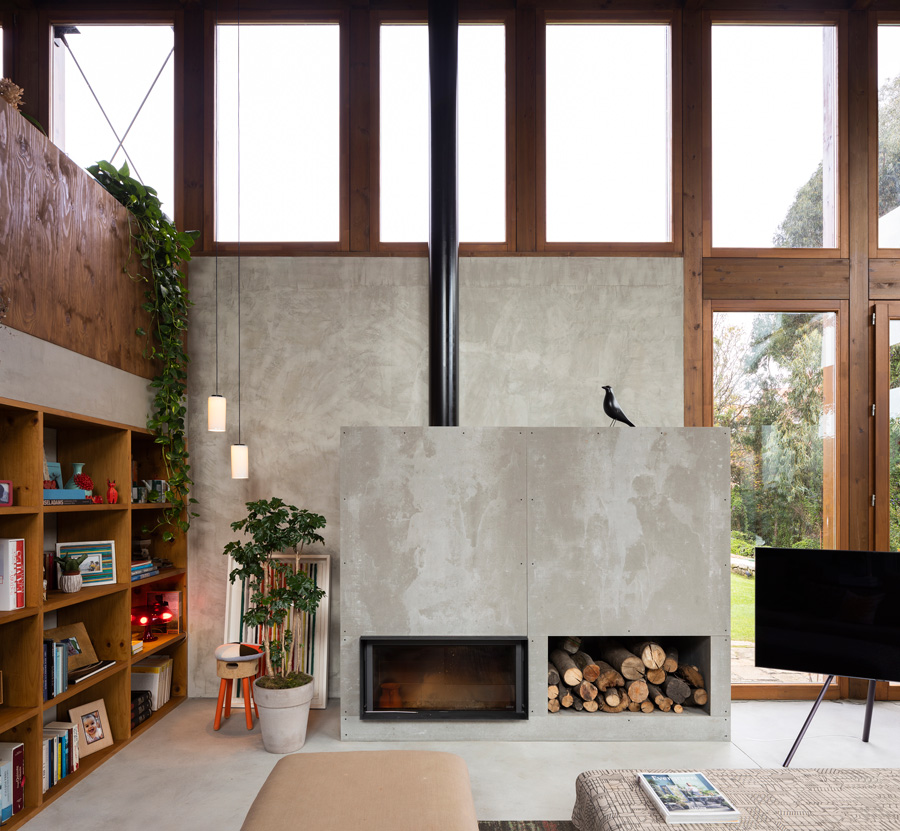 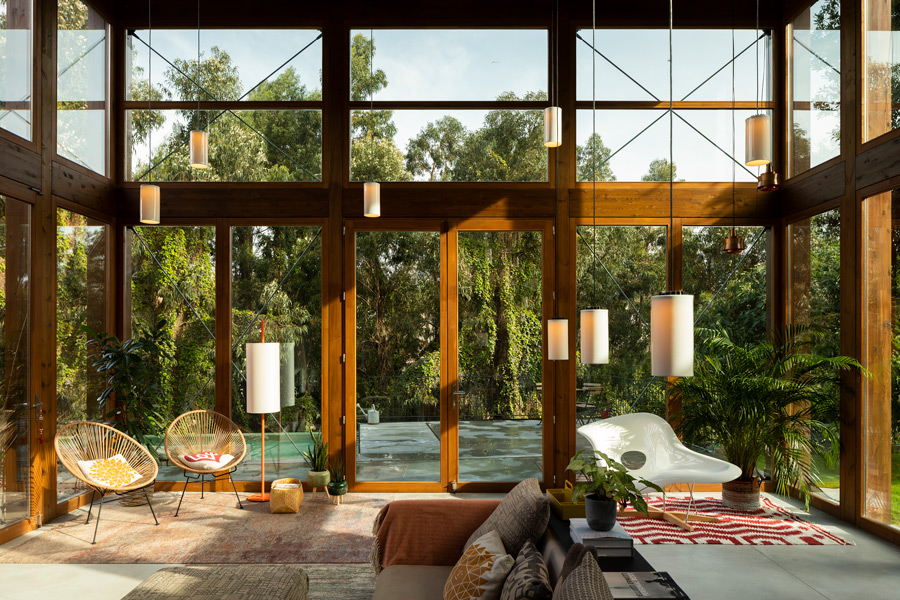 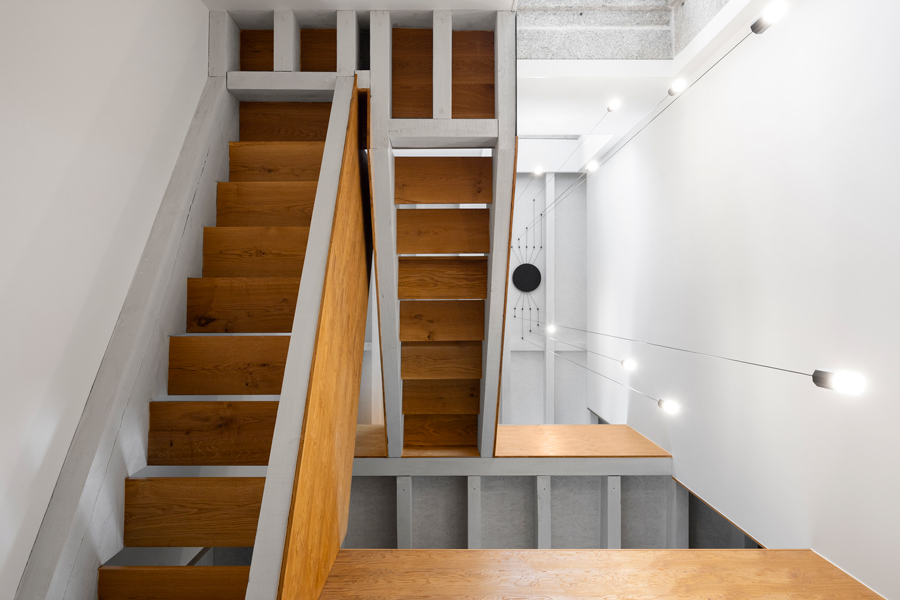 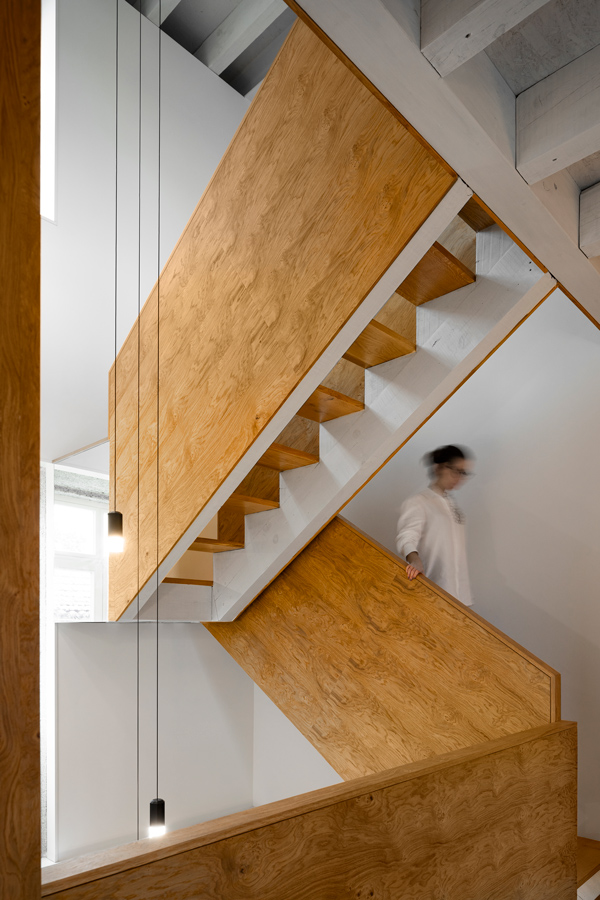 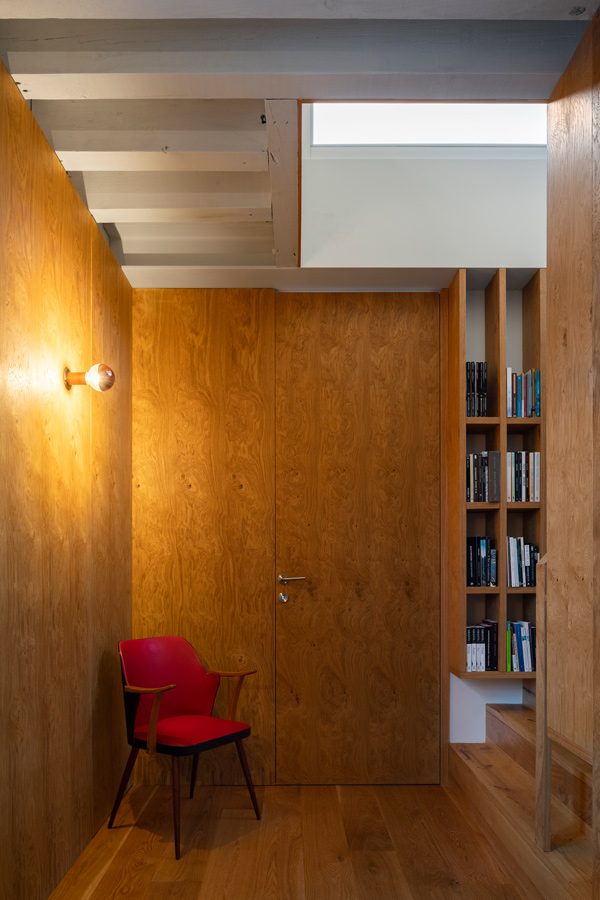 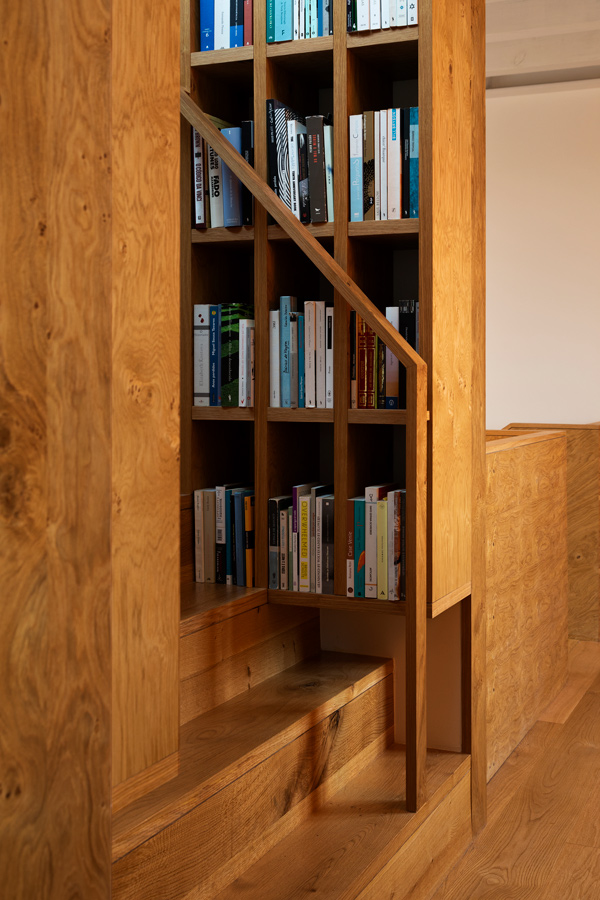 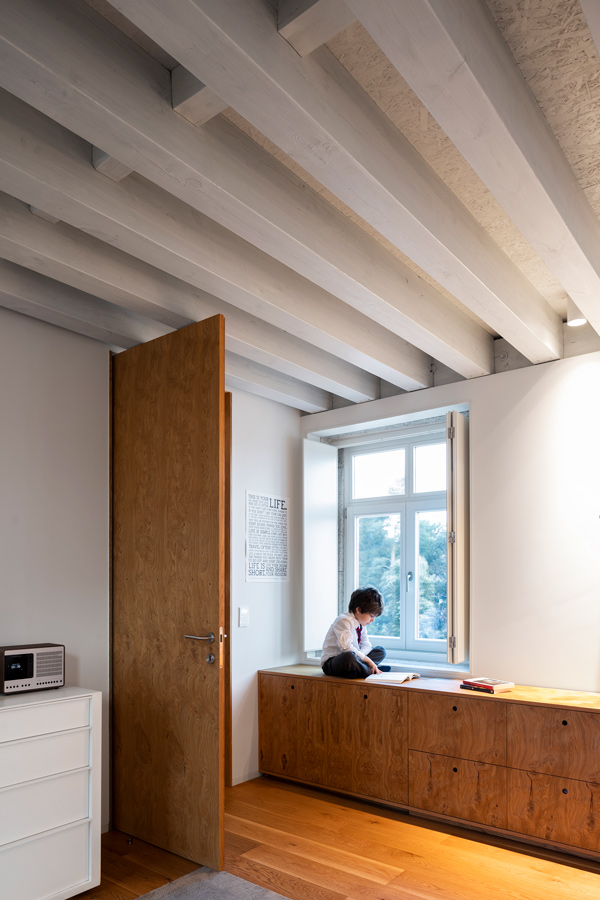 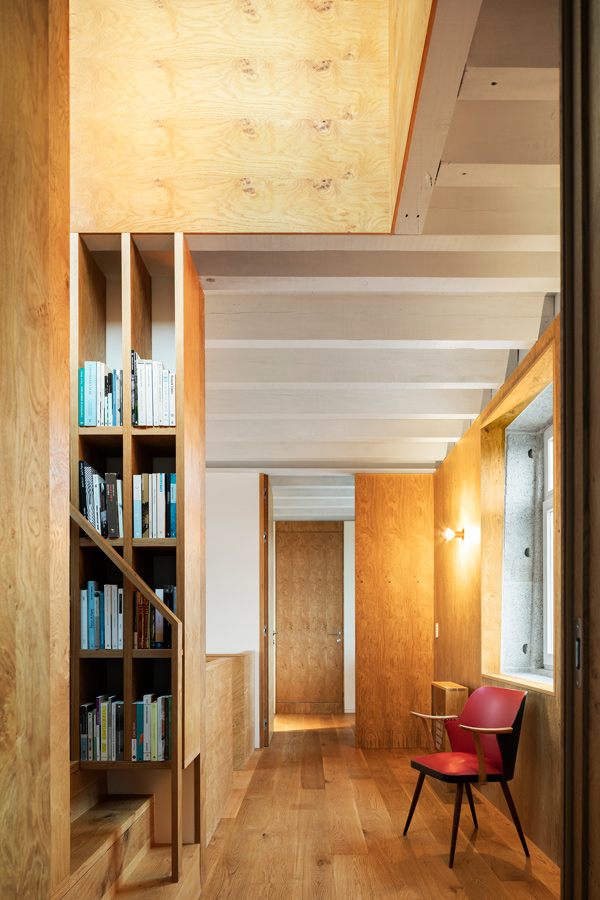 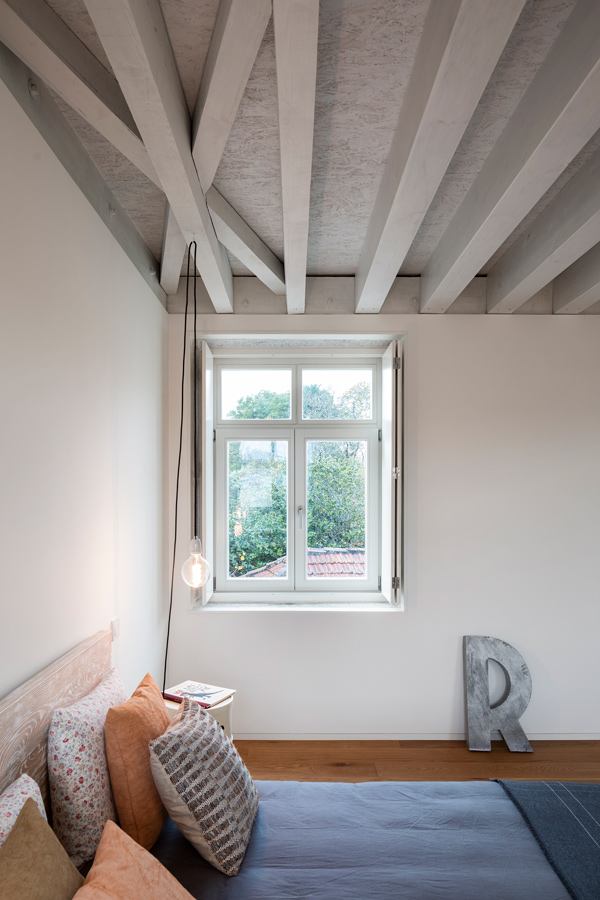 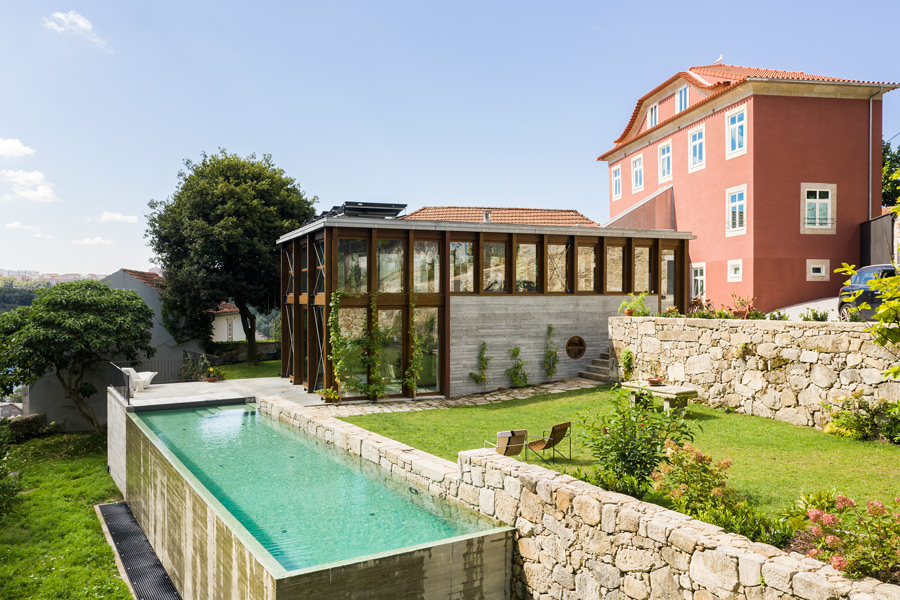 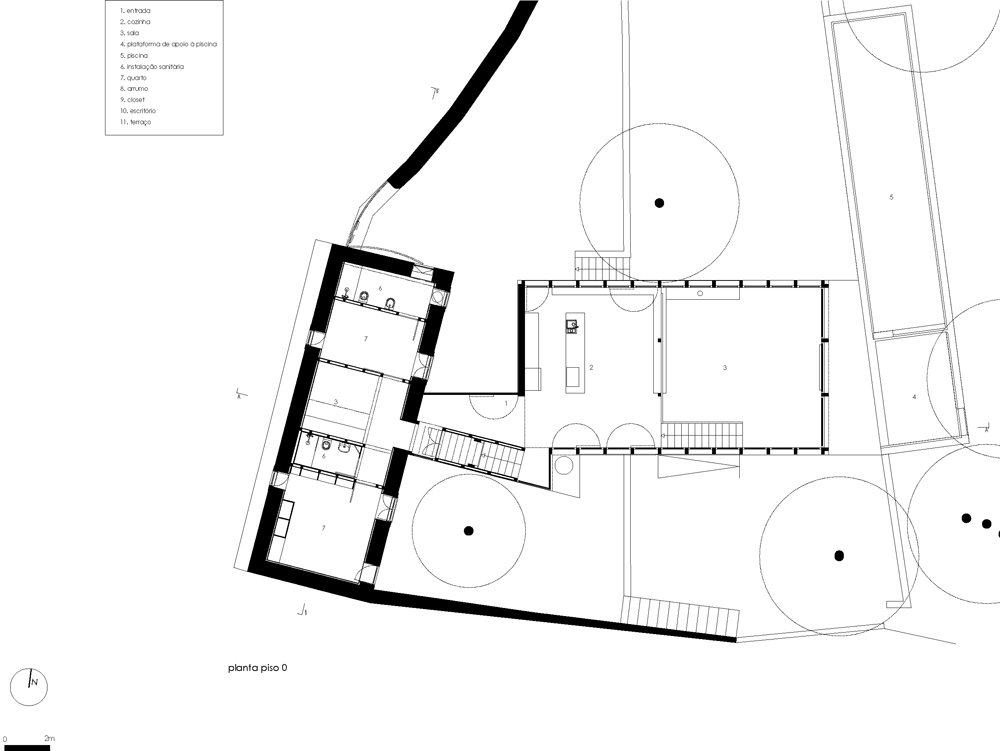 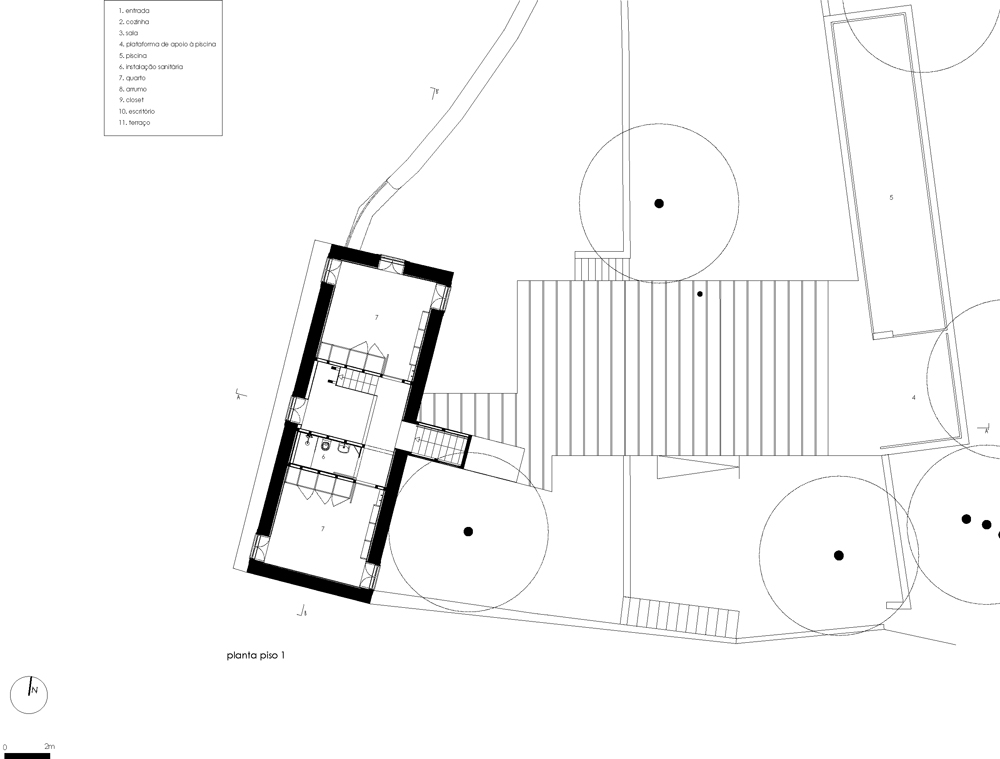 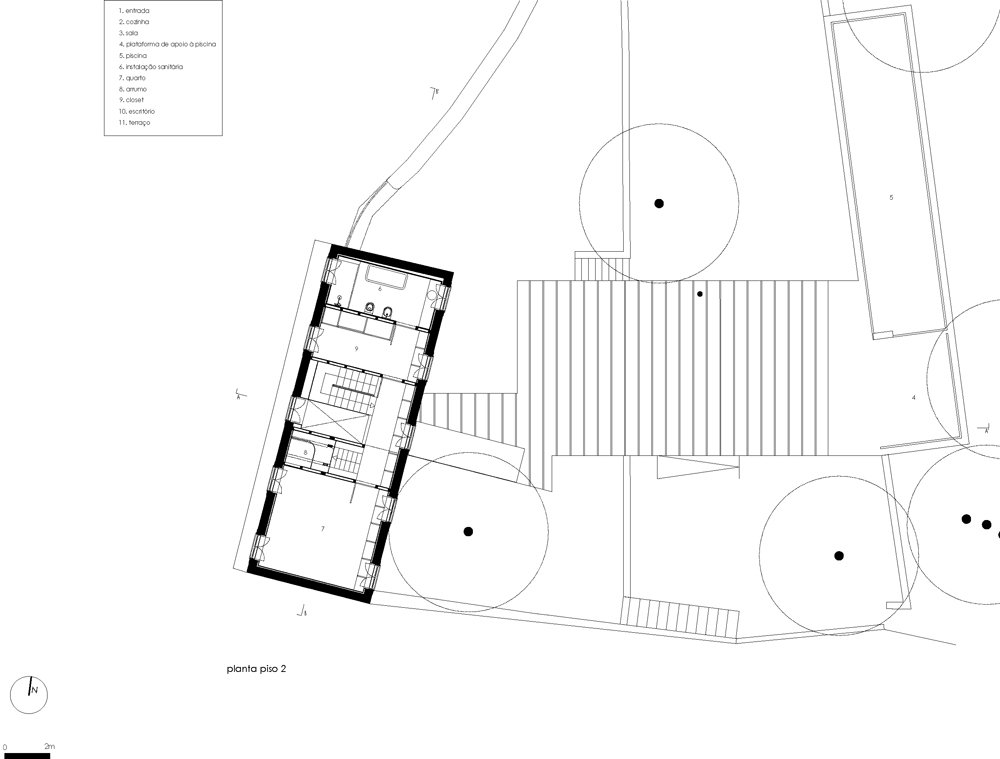 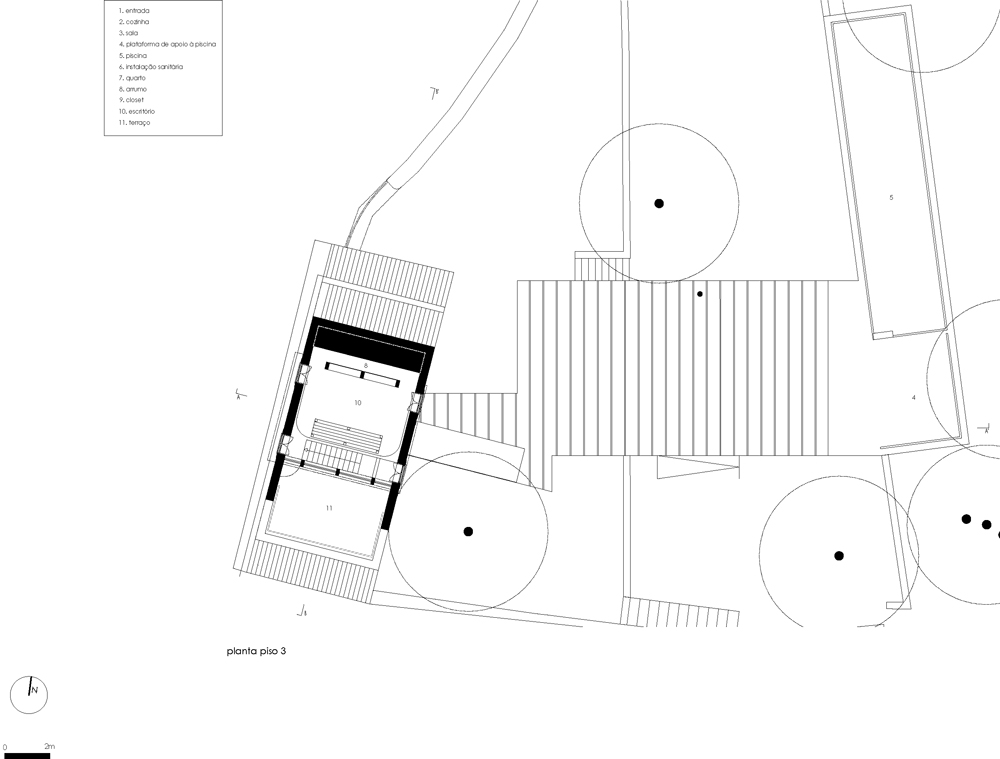 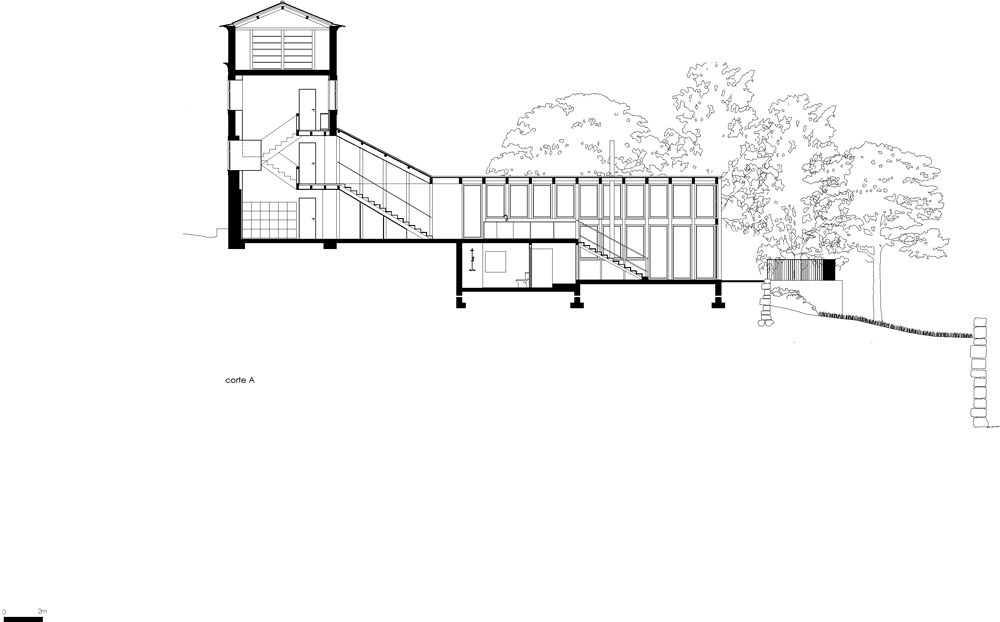 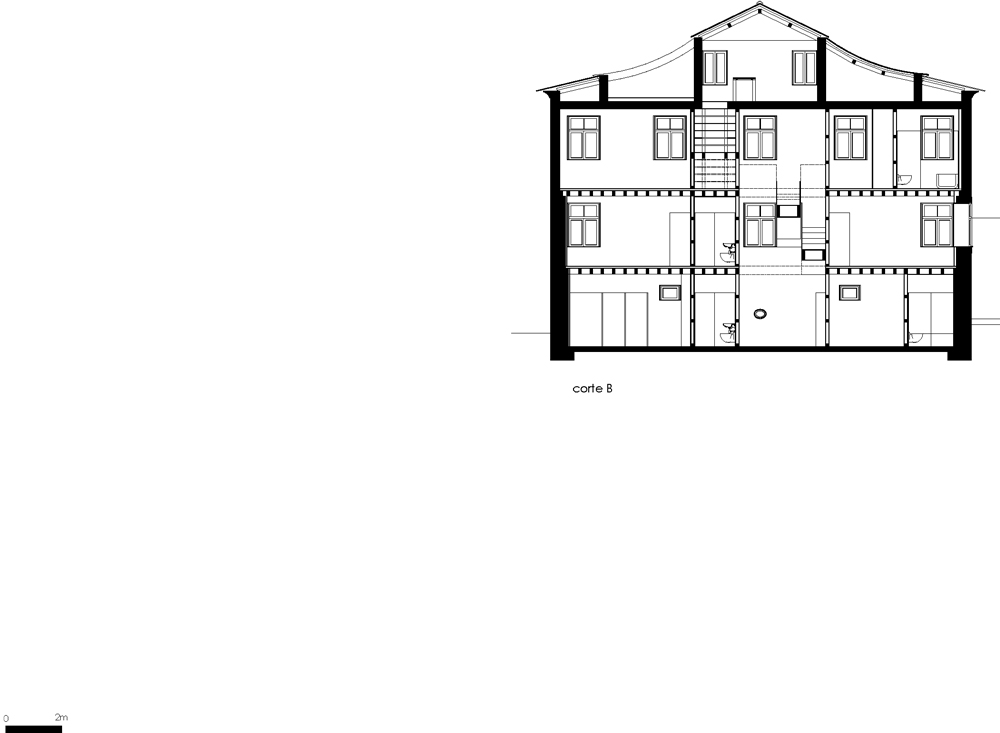 The “Caminhos do Romântico” territory in the city of Porto (Portugal) has unique characteristics, mixing bourgeois houses with popular housing, interspersing gardens full of camel trees, and other exotic species and with backyards but also several examples of industrial archeology. An important part of these routes is made through paths that have markedly rural characteristics, with high walls of the old farms and by the fountains and old community washing tanks.

Our intervention is located in one of these routes, more specifically in the route that goes from Golgota to Massarelos, comprising points such as the Faculty of Architecture of the University of Porto, the «Casa da Agustina Bessa-Luís» and other bourgeois houses and workers houses. The whole set is surrounded by a dense patch of green and the Douro River, in the background, is an omnipresent element. The primitive house, which was completely in ruins, was recovered using the techniques and conventional architectural language of the original historical period.

The extension of the building was made at a lower level, taking advantage of the terraces, using wood and concrete, clearly demarcating the addition and the original in chronological terms. All the walls of the perimeter were recovered, as well as the retaining walls of the terraces, as well as the garden, the existing species were preserved and others were incorporated according to the specificity of the place. The pool was designed in such a way as not to modify the orography. The overall result has proved to be quite harmonious, with the new elements added being practically invisible to anyone traveling through the «Caminhos do Romântico».

The ground extends over three terraces facing east with a building with four floors destined to the most private area. Given the small size of this building, it was proposed to expand the area by introducing two new elements: a volume to extend the housing area and a swimming pool. The new volume includes areas for more public use such as the entrance hall, kitchen, living room, and pool support facilities. It appears perpendicularly to the existing building and consists of two floors, extending to the east, following and relating to several levels with the terraces on the ground, thus distributing different uses such as different living areas, paths, etc. This intervention managed to reconcile the needs of a large family with the conditions resulting from the recovery of the built heritage, respecting the specificity of the place and the Municipal Master Plan itself.

The solution found - the coupling of a body made of wood and glass - allows to expand of the living area of the building while preserving the integrity of the pre-existence and without coming into conflict with it while allowing full and effective communication with the garden. The choice of wood makes it possible, in some way, to eliminate the weight of the relatively extensive expansion that had to be carried out, and to differentiate the contemporary intervention from the century building.