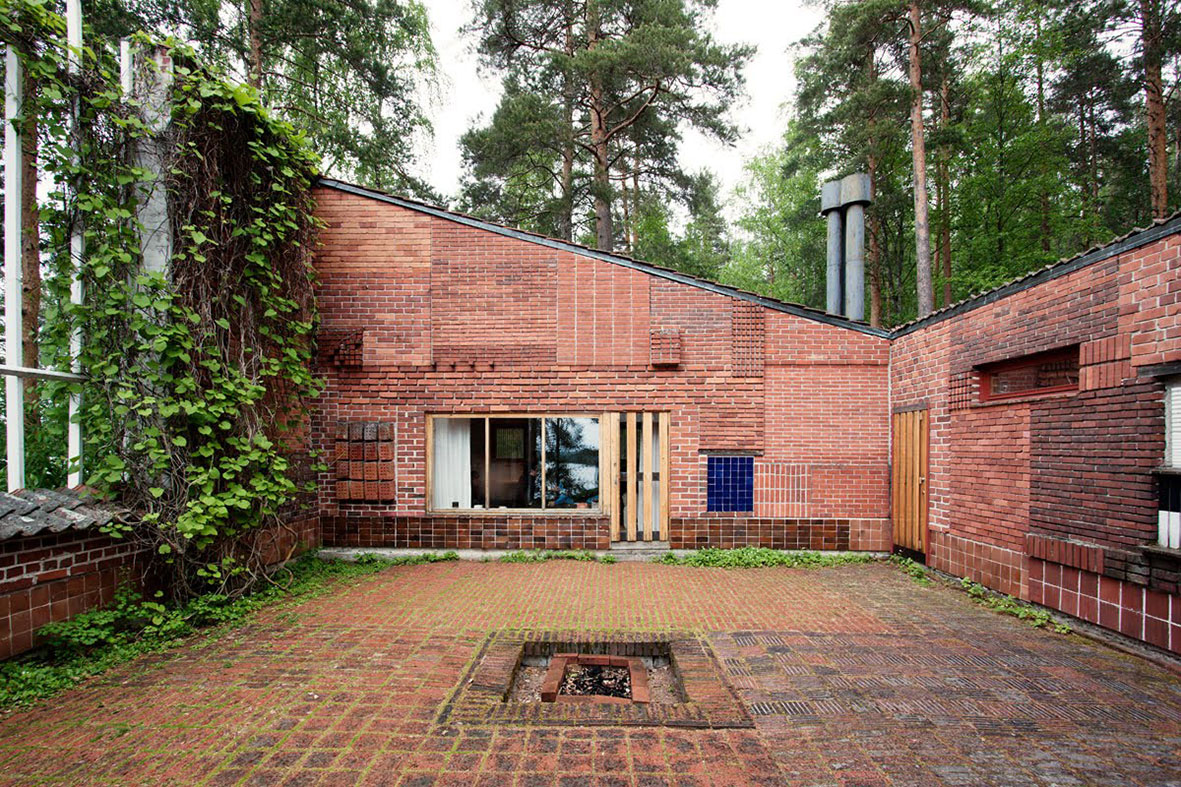 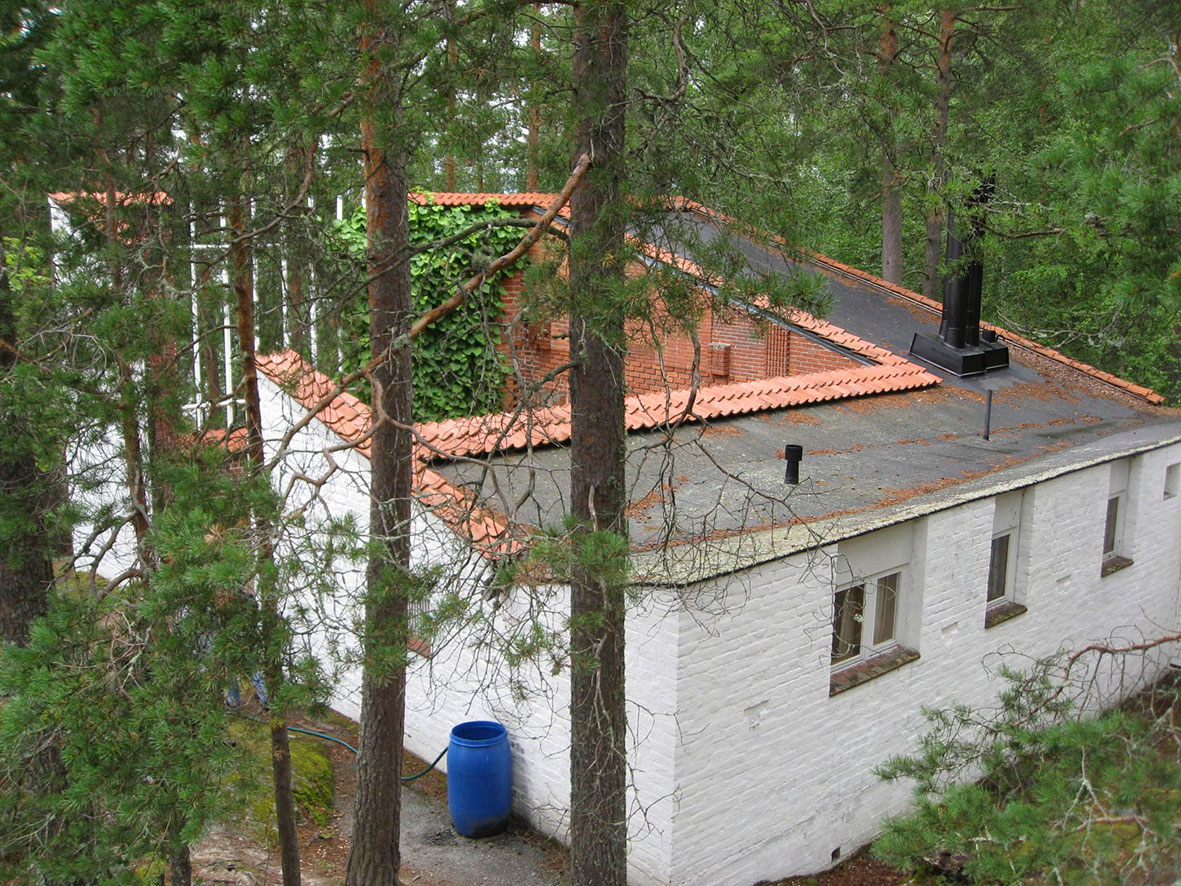 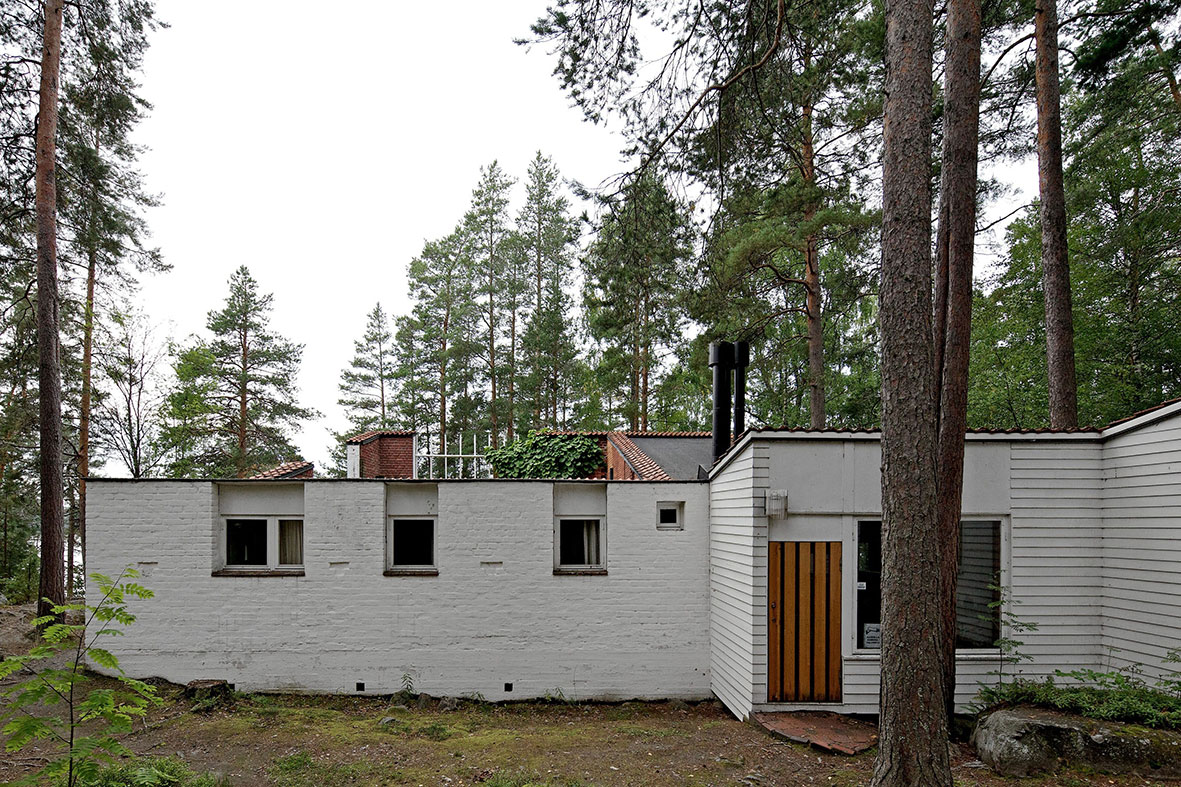 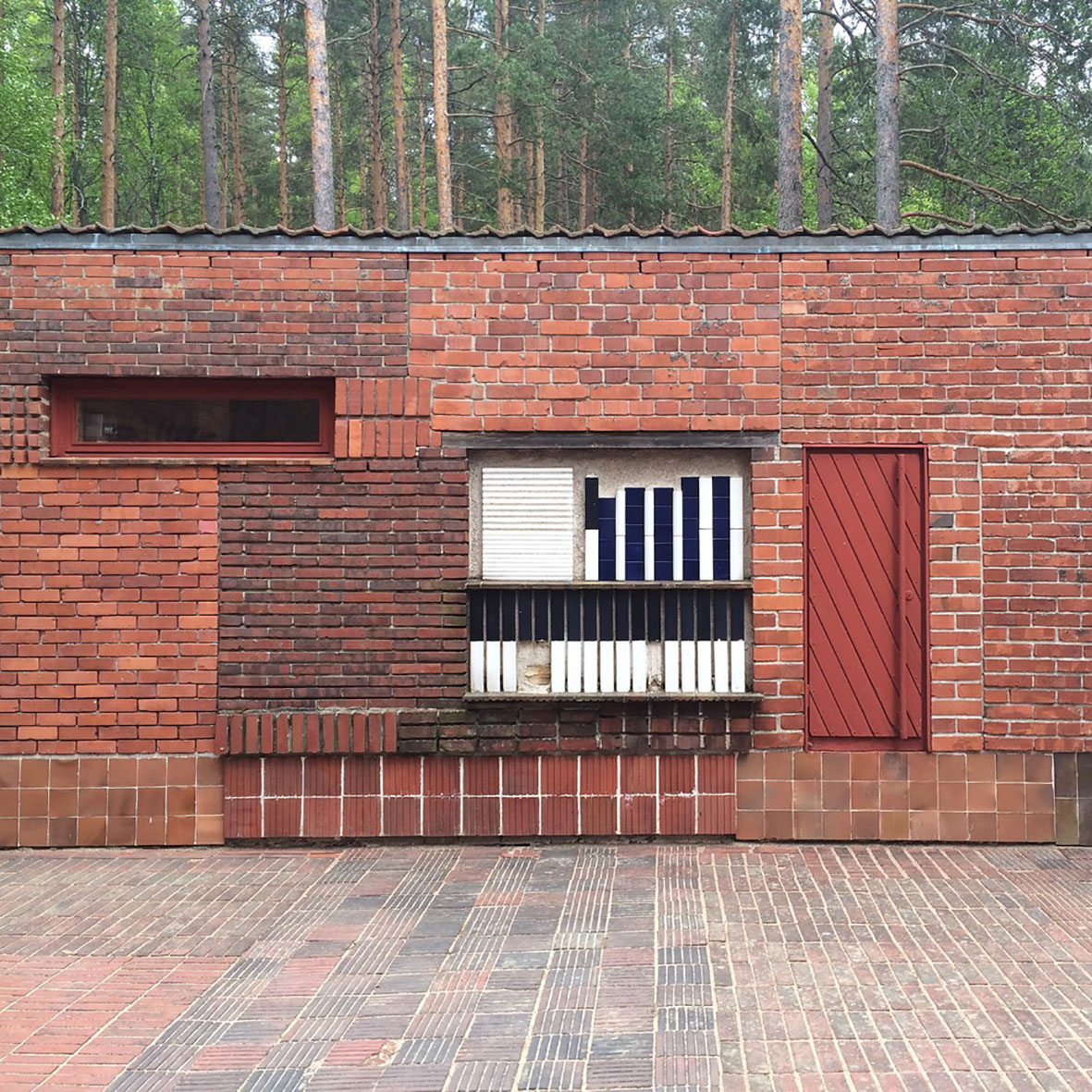 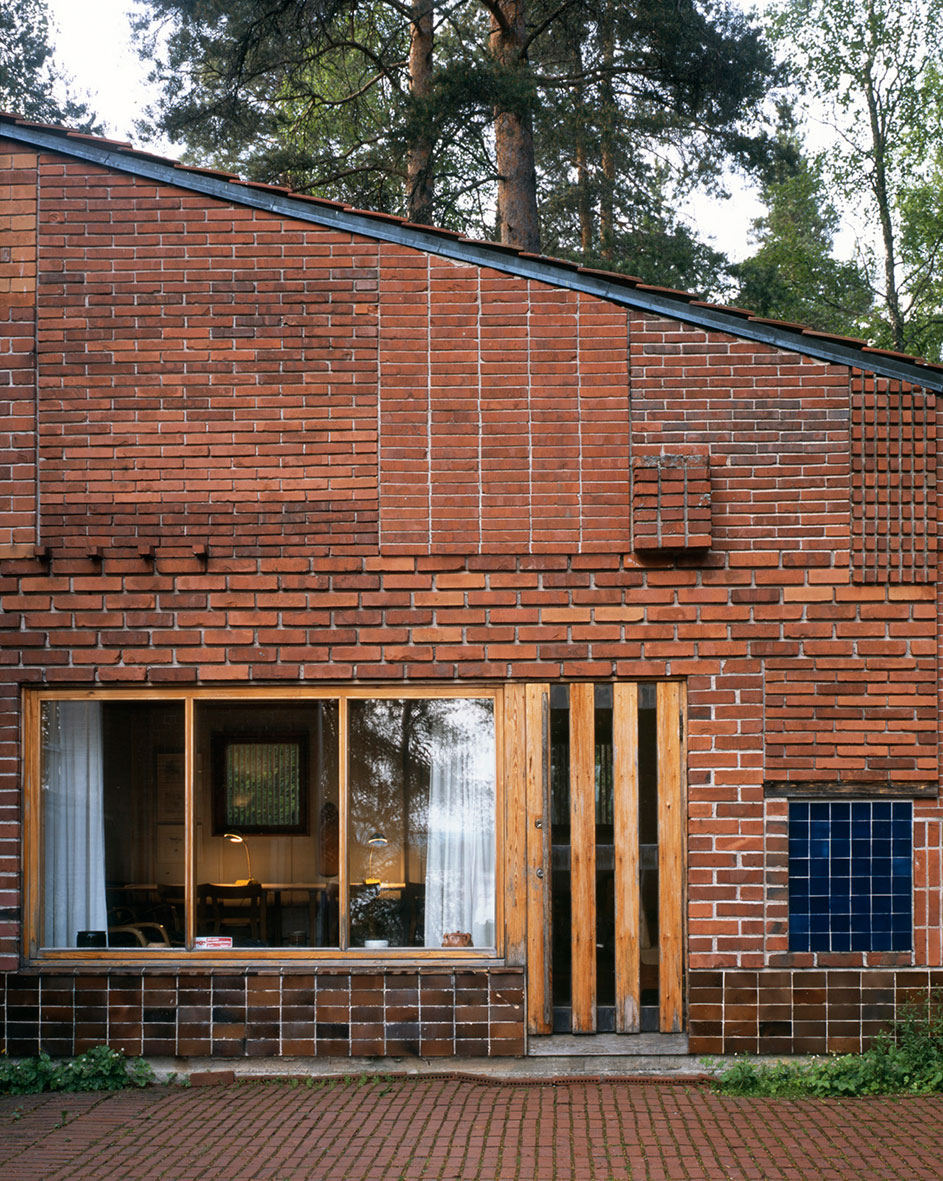 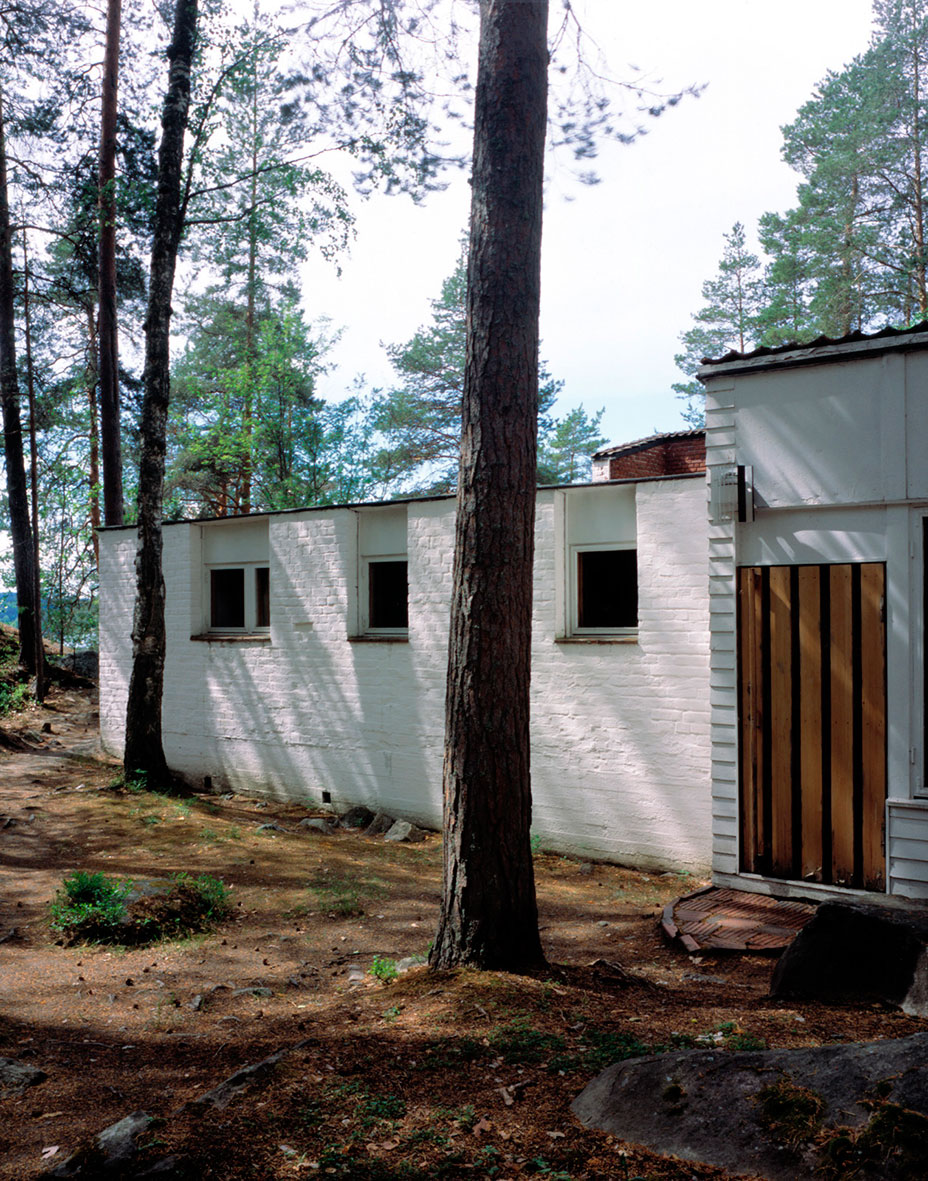 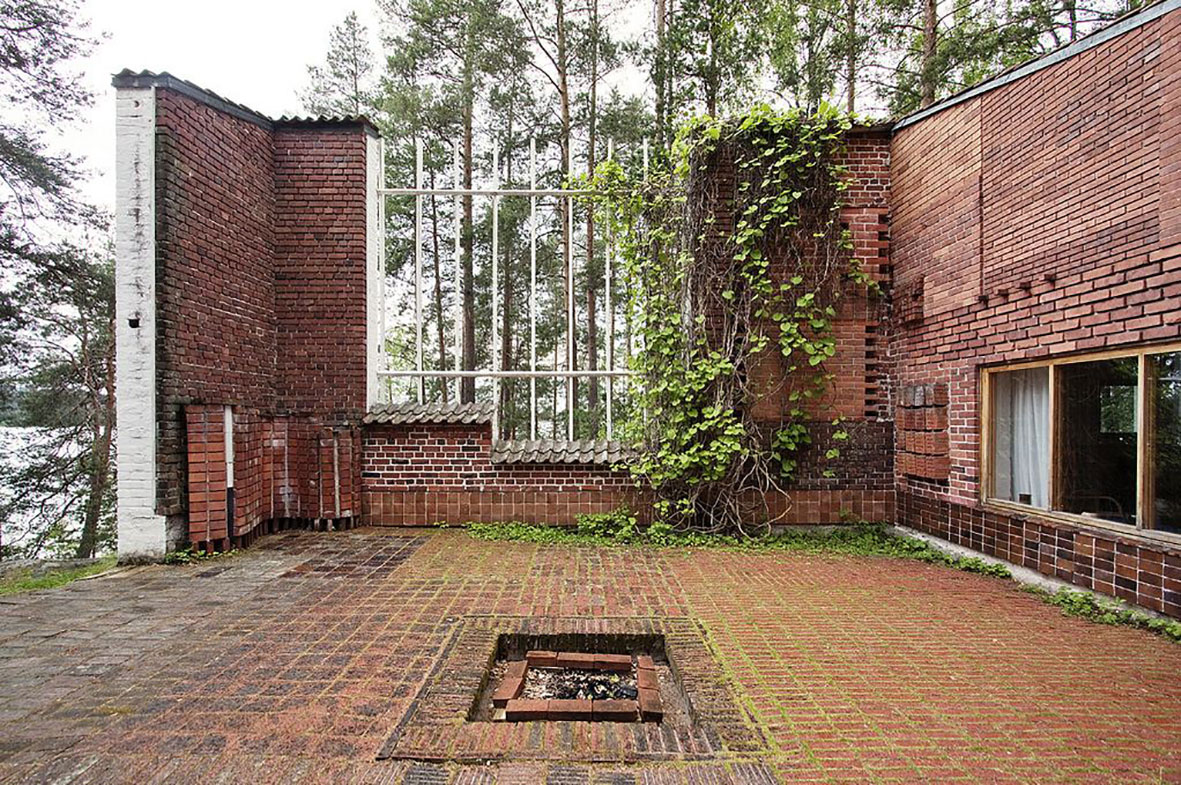 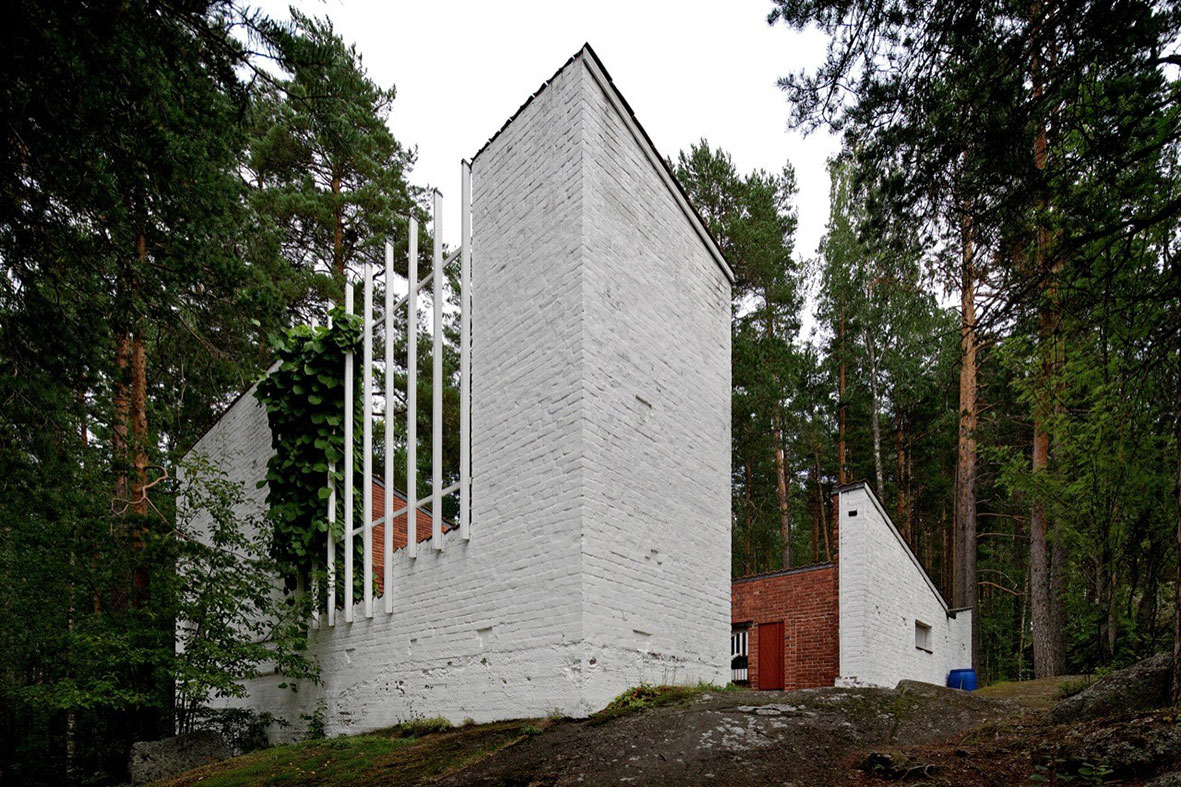 Alvar and Elissa Aalto designed and built a studio house including a separate smoke sauna in 1952-54. The Muuratsalo Experimental House is situated on the western shore of the island of Muuratsalo in Lake Päijänne in Central Finland. It was built to serve both as a leisure home and as a test site for a series of architectural experiments.

Muuratsalo island now forms part of the City of Jyväskylä. Within the grounds of the Experimental House are the house itself, a woodshed, smoke sauna and a boat-house for the launch Nemo propheta in patria. The location of the buildings is unrestricted and playful.

The L-shaped main building and walls enclose an internal courtyard which opens towards the south and west, across Lake Päijänne and the main approach route. In the courtyard, the facade treatment of the house changes from white-painted plastered walls to red brick. The heart of the patio is formed by an open fireplace in the centre of the courtyard.

On the walls of the internal courtyard, Aalto tested different ceramic materials, different types of brick pointing, different brick sizes and the effect of different surfaces.

Alvar Aalto designed the motor launch Nemo propheta in patria for use on Lake Päijänne. The boat was the only way of reaching the island of Muuratsalo in the 1950s and it was known at that time to be the fastest wooden vessel on the lake.

The Experimental House functioned as a summer home for the Aalto family until 1994. Alvar Aalto museum takes care of building and is organizing guided tours.

The rocky site measures 53650 m2, the boulders and stones are covered with moss, bilberry and lingonberry bushes. The vegetation is even more flourishing in a cleft between the rocks. The trees are typical for Finnish mixed forest, with birch and pine trees predominating.

Alvar Aalto experimented continuously in the buildings at the Experimental House, with a variety of different forms and dimensions. He described the building as a combination of a projected architect's studio and an experimental centre for carrying out experiments. Aalto's aim was to create a kind of laboratory which would at the same time be combined with a playful approach. 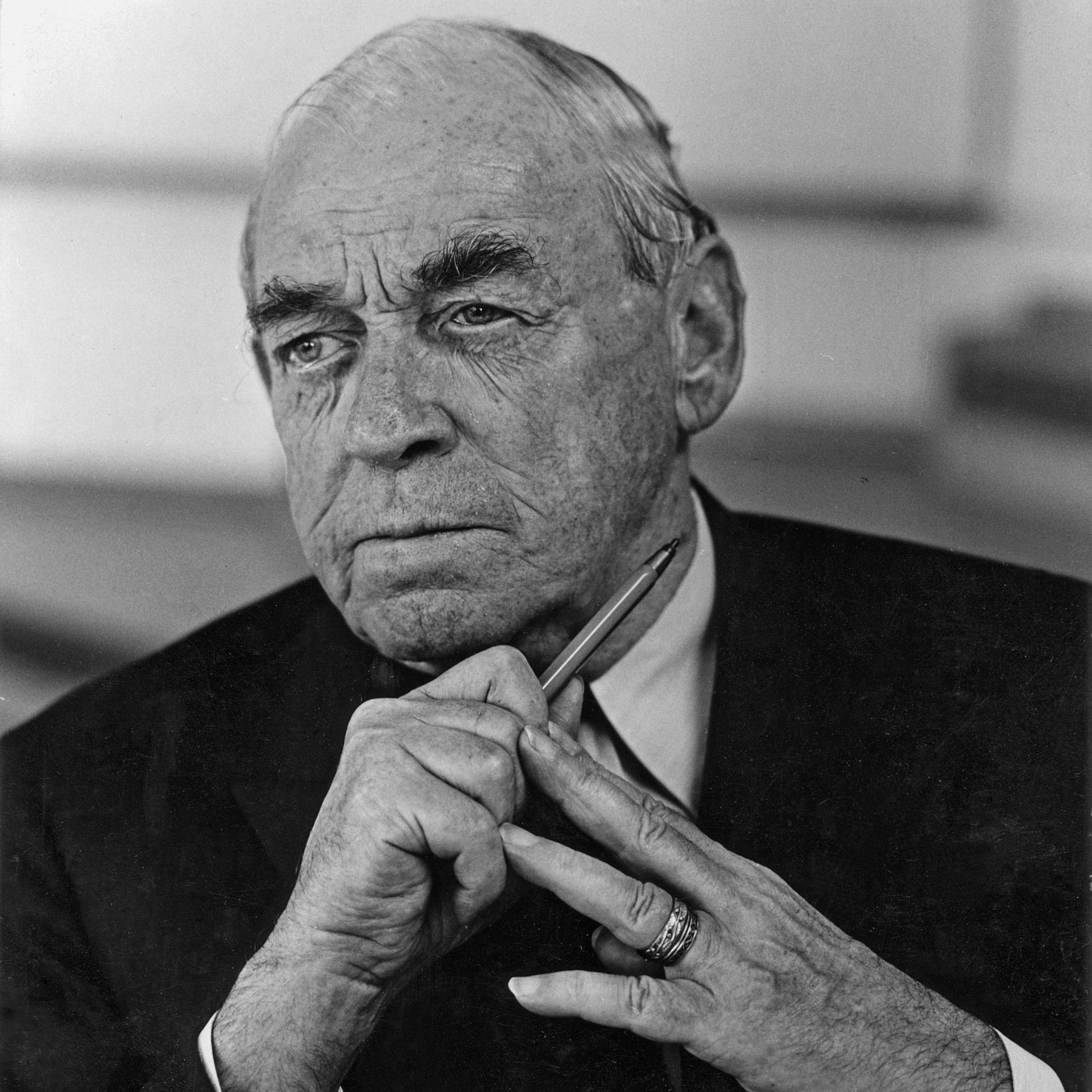