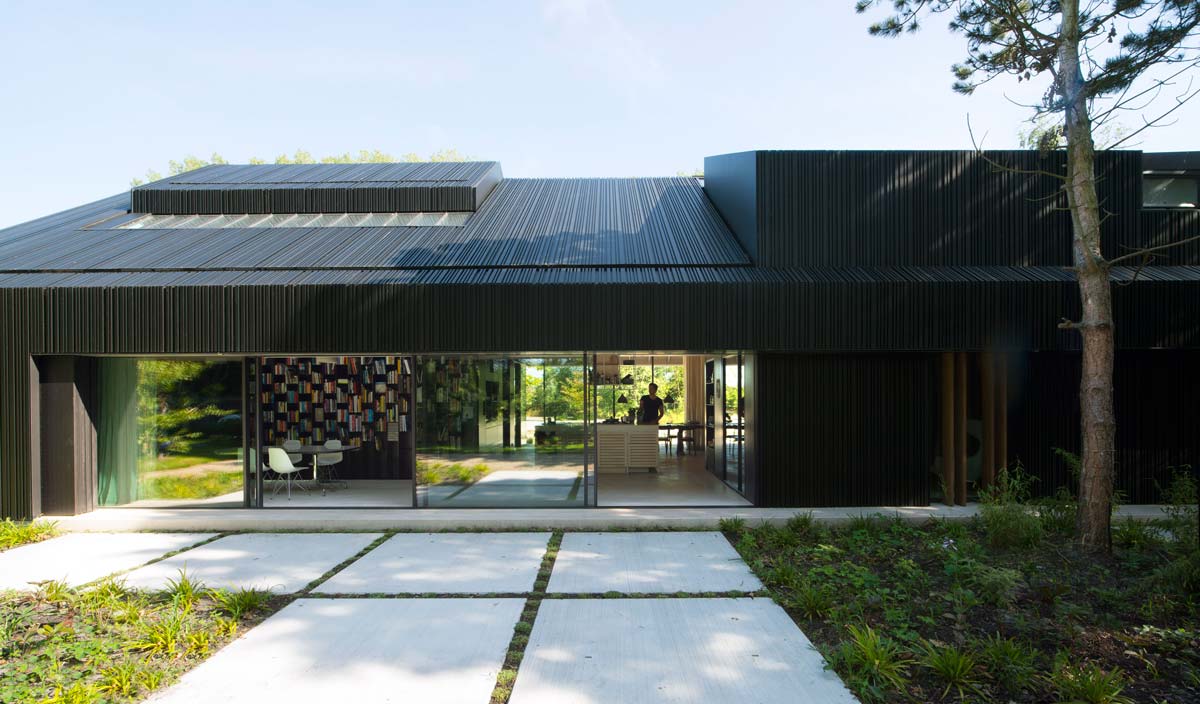 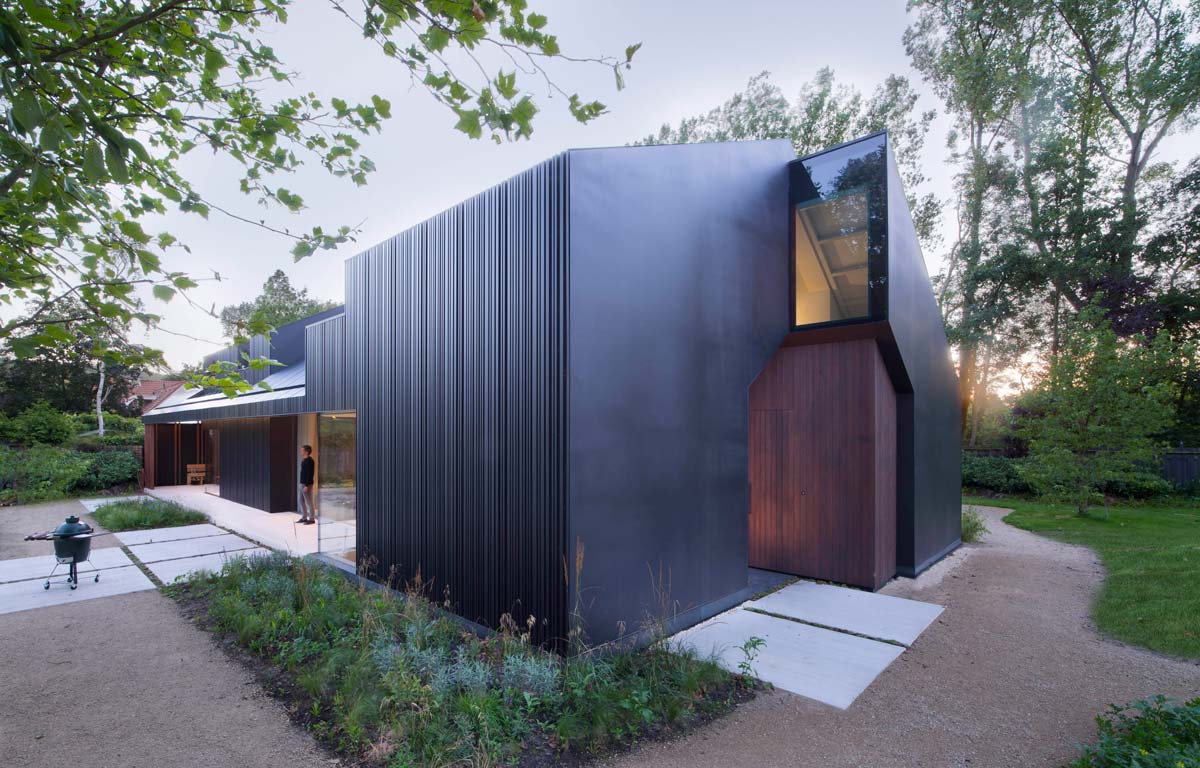 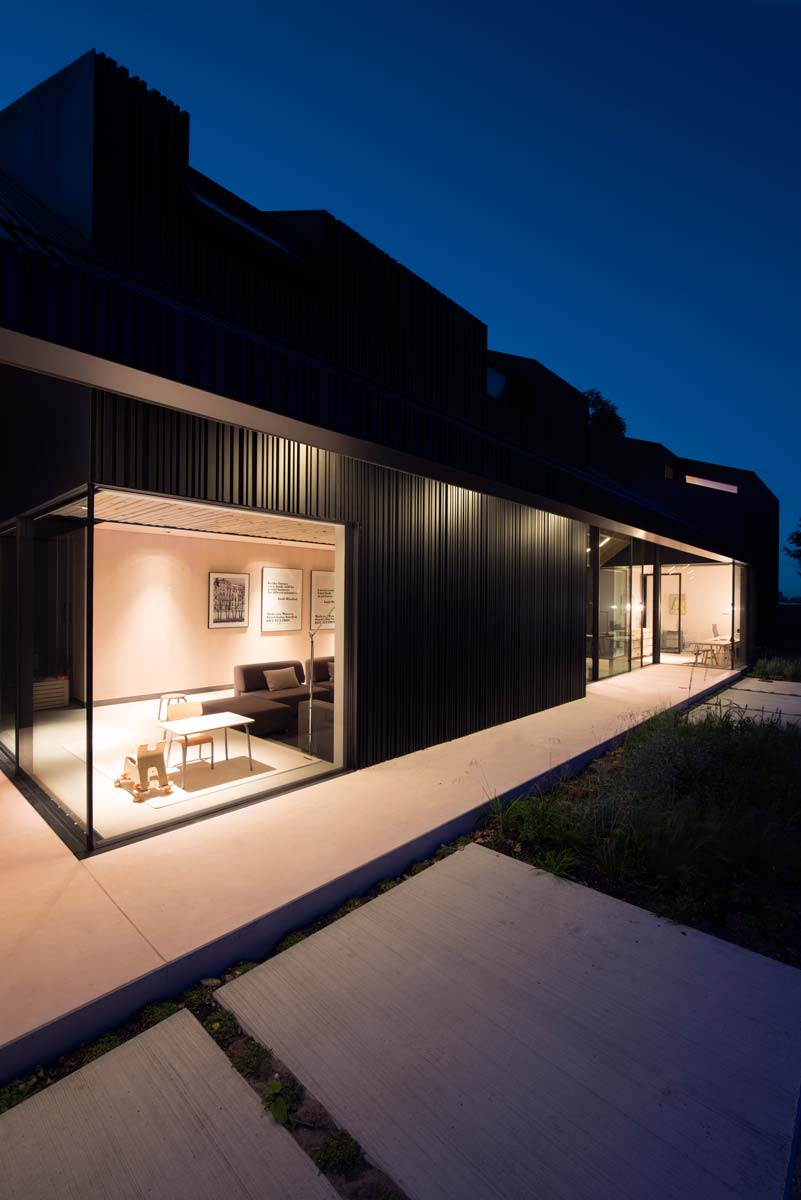 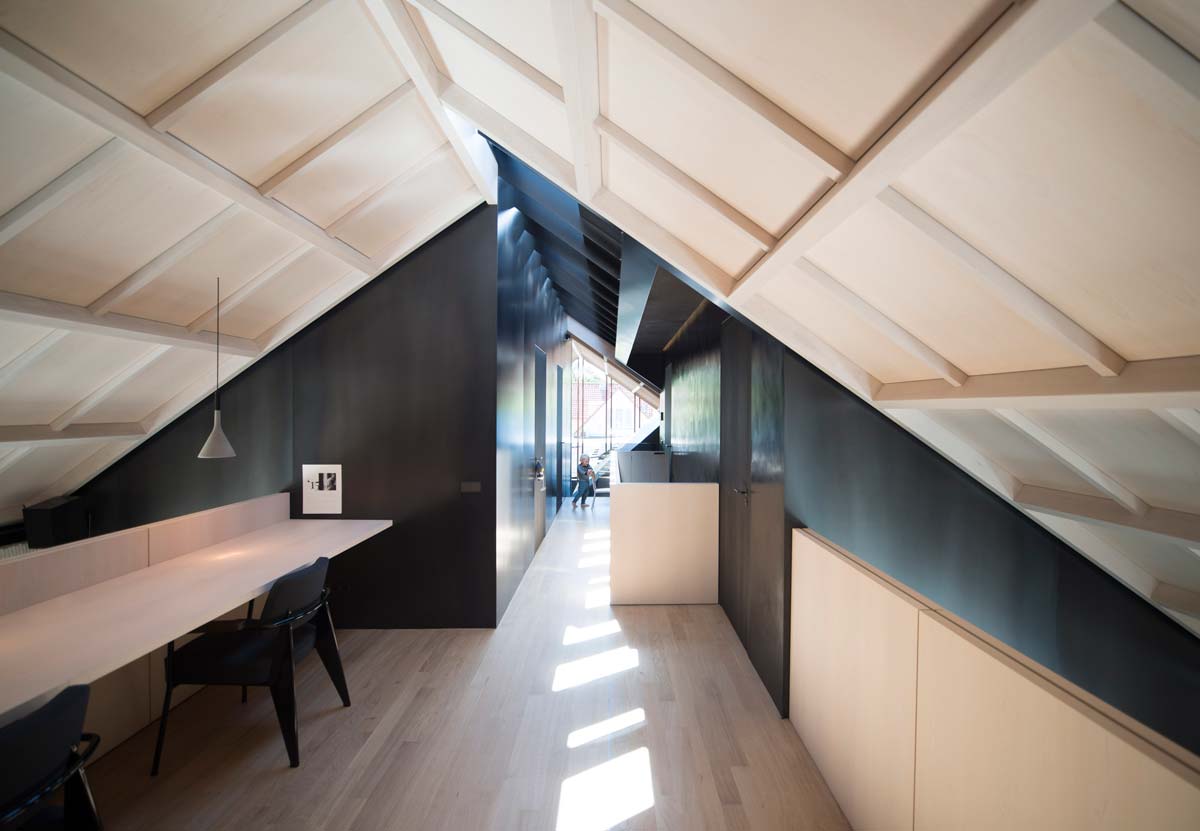 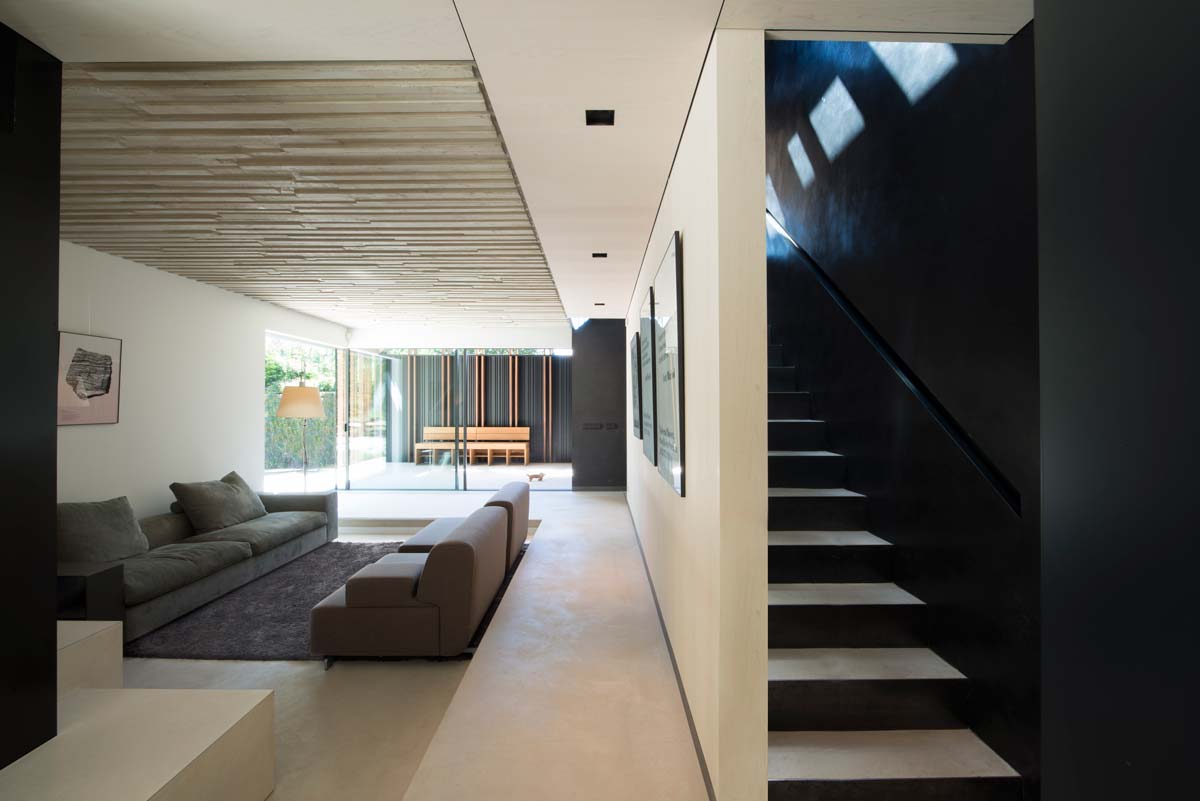 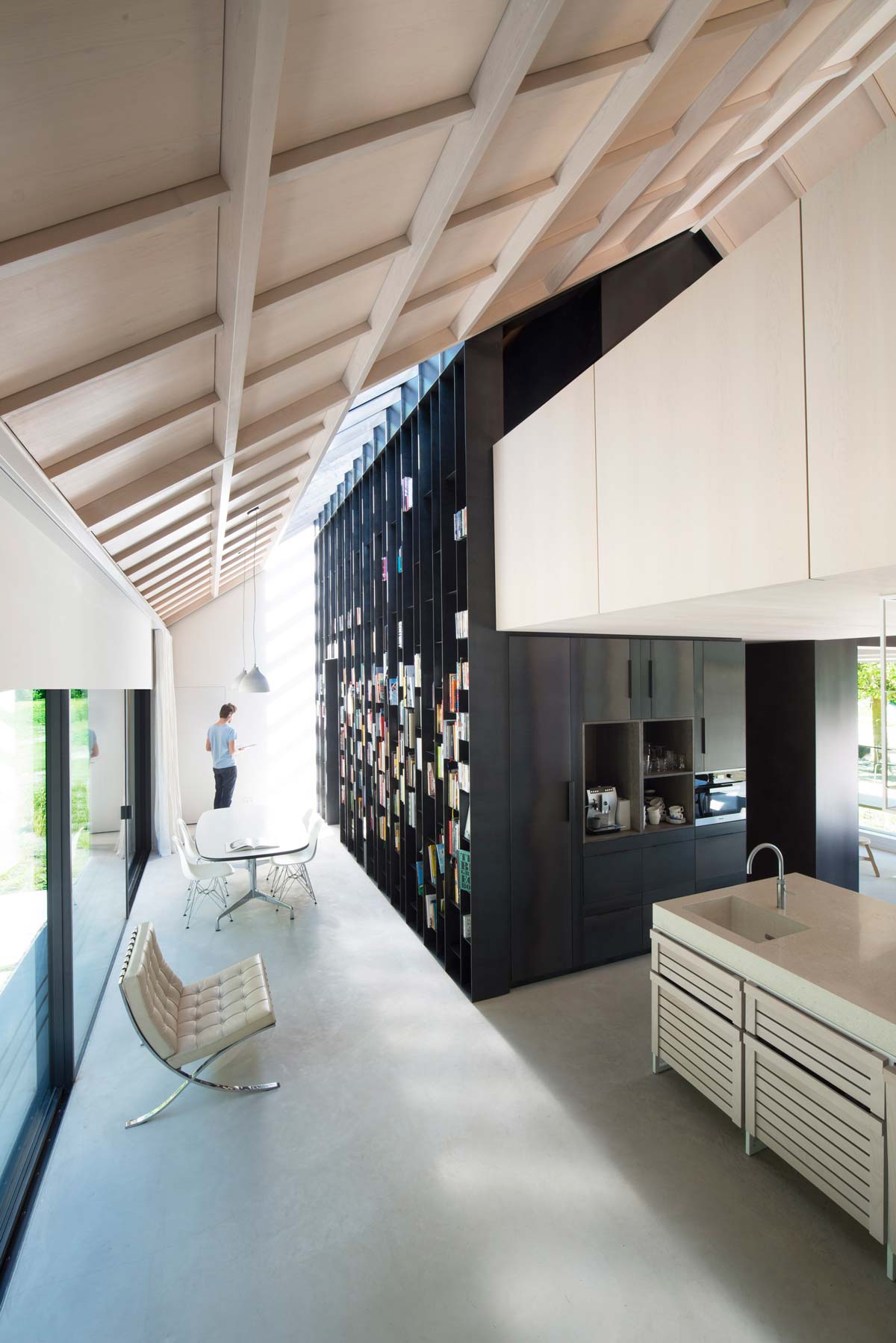 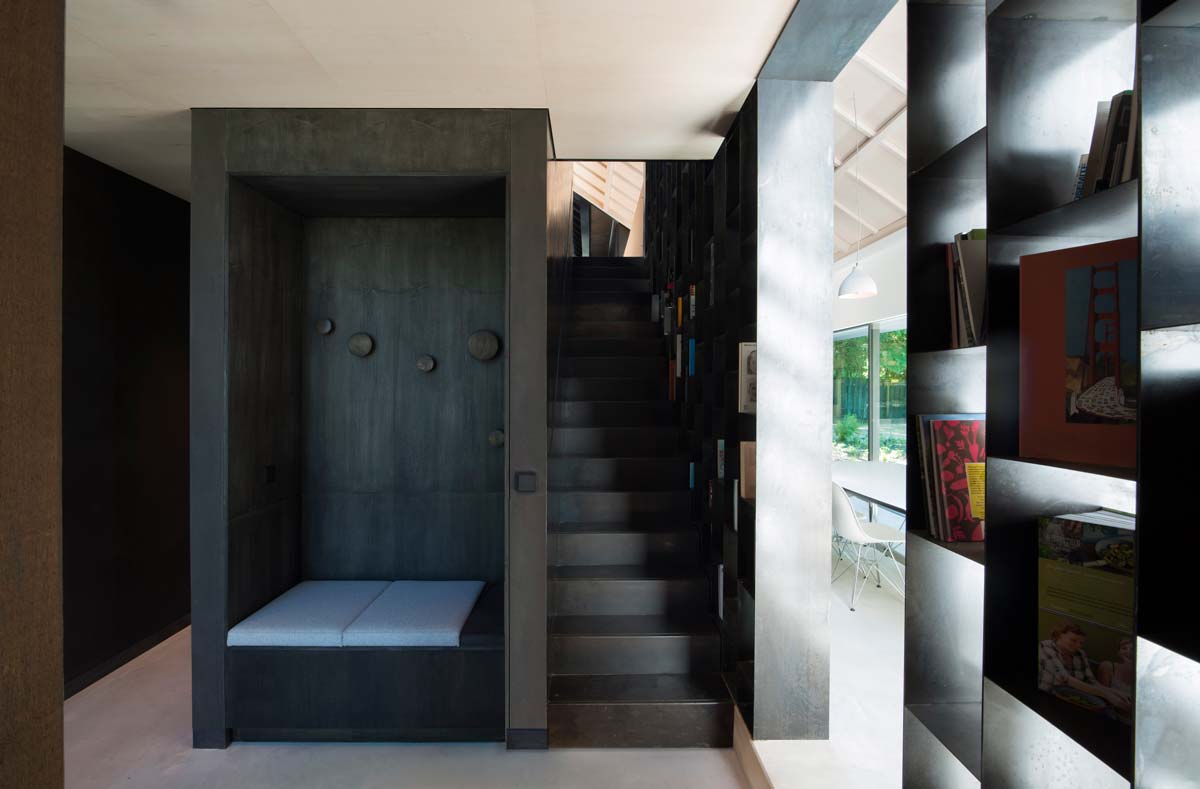 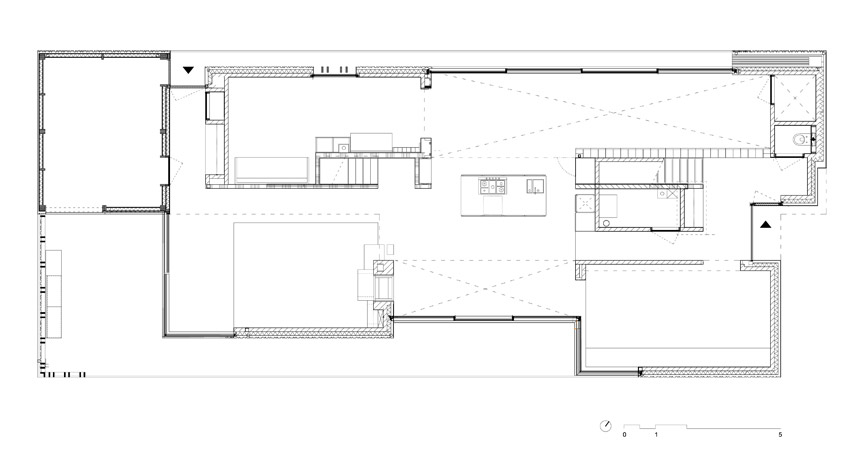 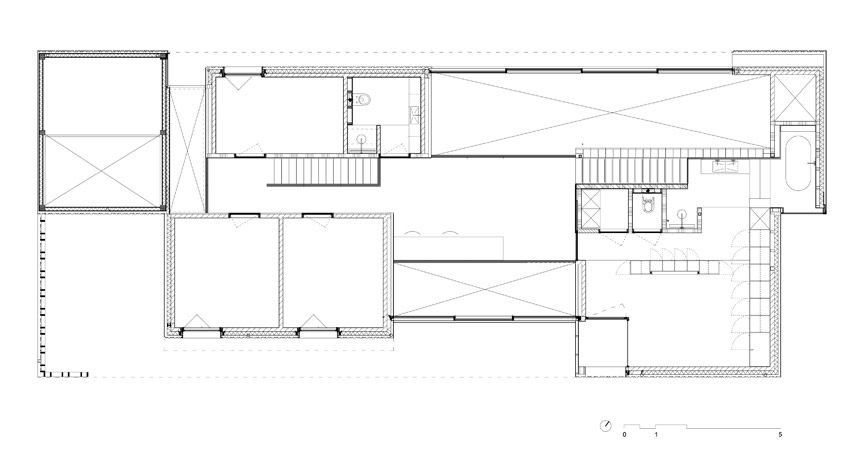 In between these volumes, a central, open living area connects to the veranda where the exterior flows into the interior, a moment to enjoy the surrounding landscape. The objects within the play a game with the outer surface of the house and volumes pierce through the main mass. This results in an impressive interaction of volume and structure forming a sculptural entity.

The outer shell is materialized with black metal, a combination of anodized aluminum for side facades and roof, and a solid, one-piece, rolled steel plate for the front façade. The flames that characterize rolled steel have a certain natural beauty, relating to its natural surrounding.

The interior volumes are again materialized with rolled steel, in contrast to surrounding spaces where light maple wood is used. The floor of sand-colored concrete has a direct relation to the dunes outside. Furniture elements have been designed in coherence with the rest of the building. This results in a spatial puzzle and timeless atmospheres where the building and interior seamlessly merge. 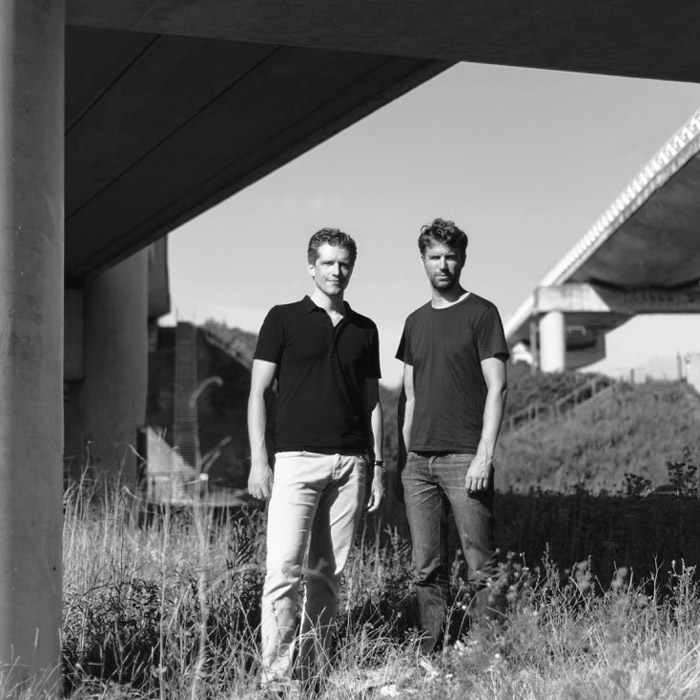