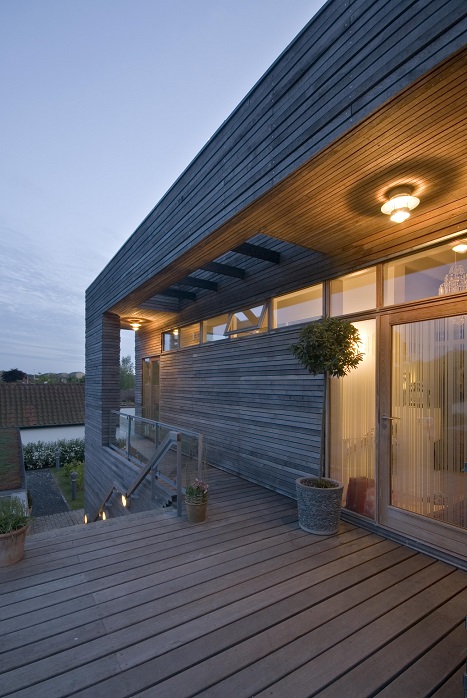 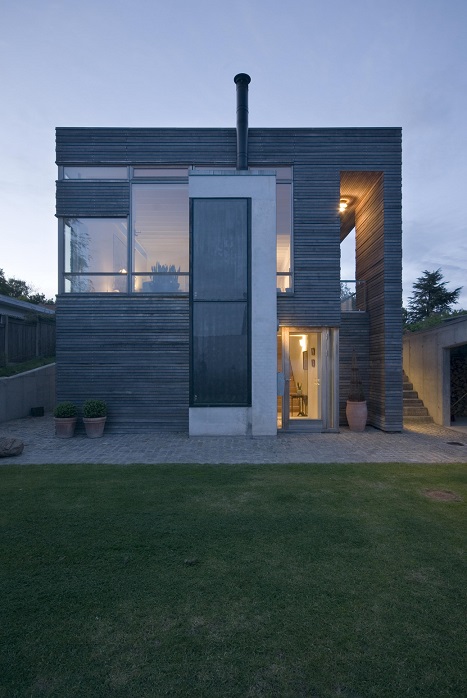 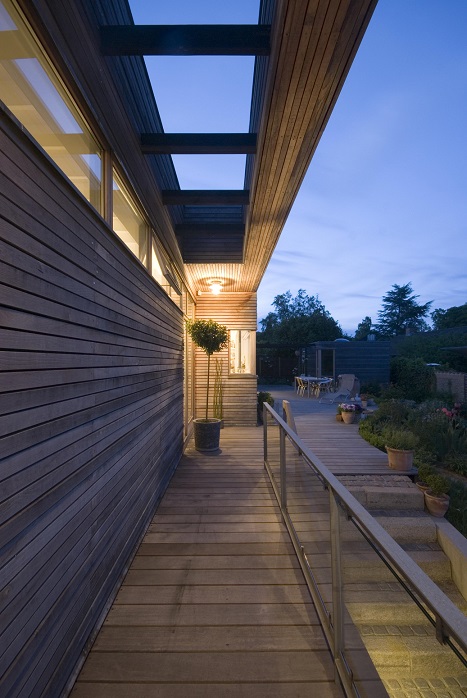 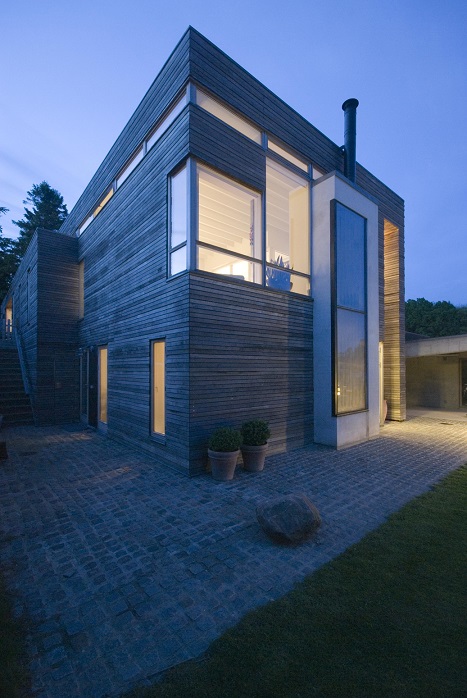 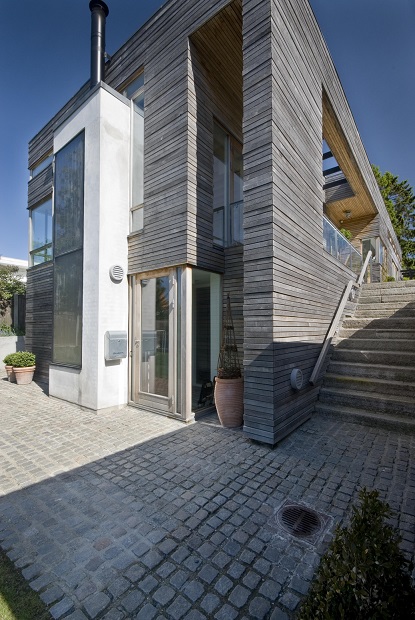 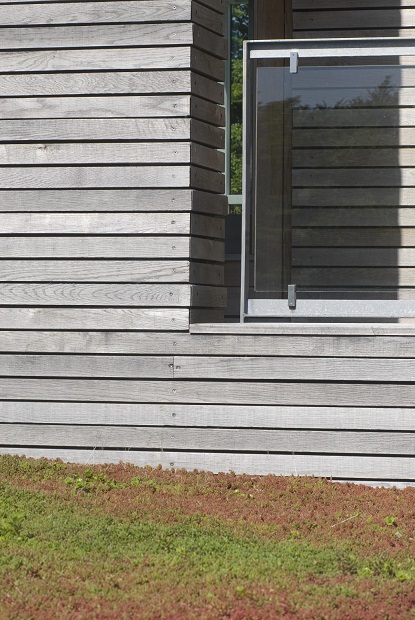 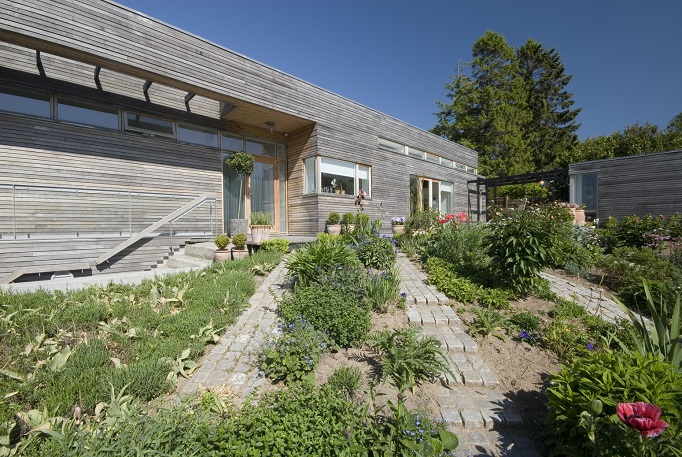 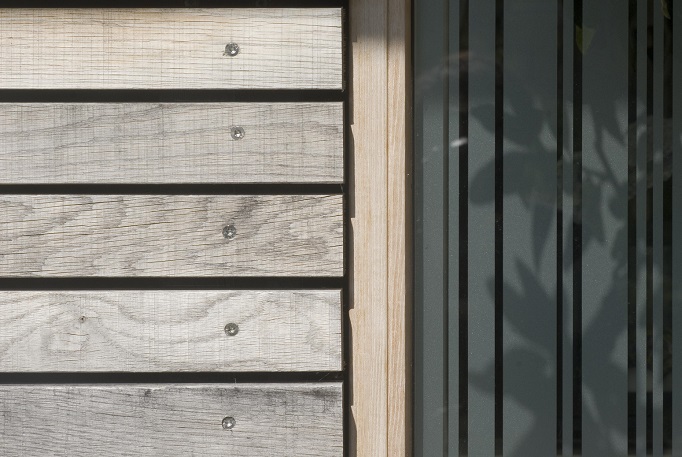 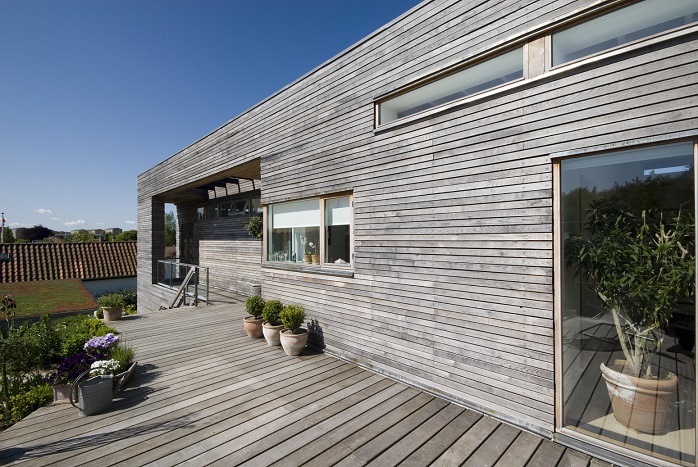 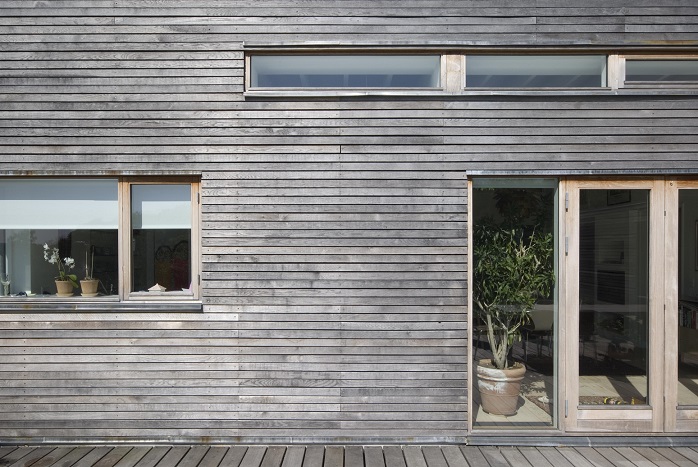 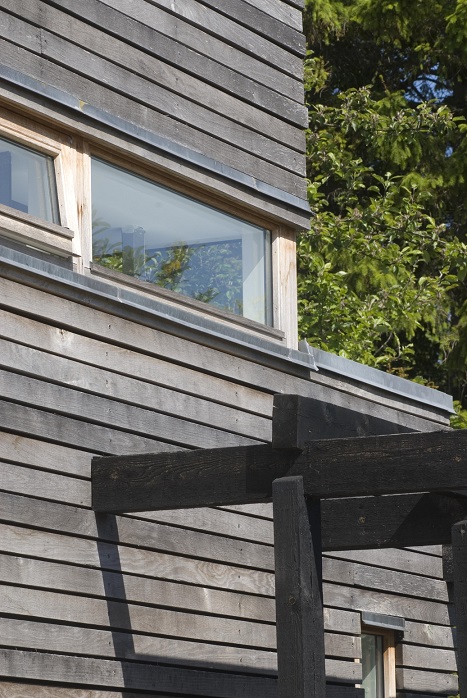 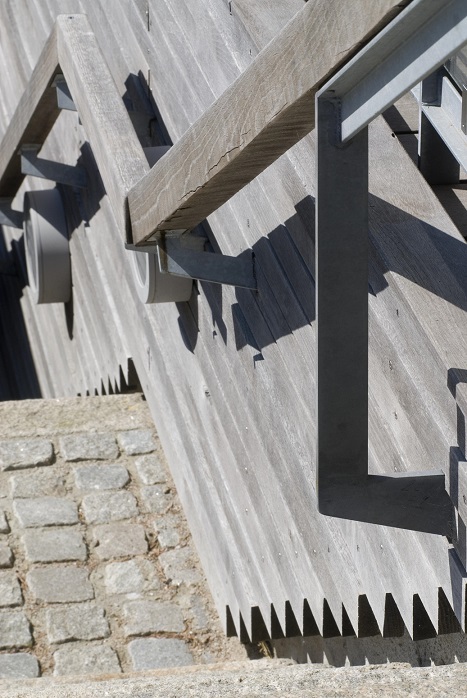 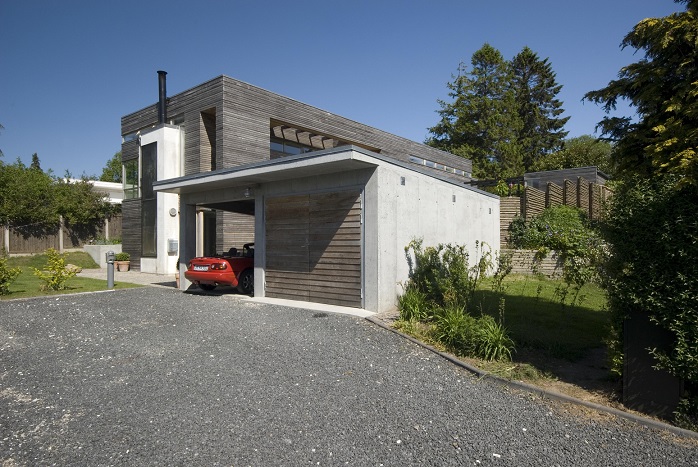 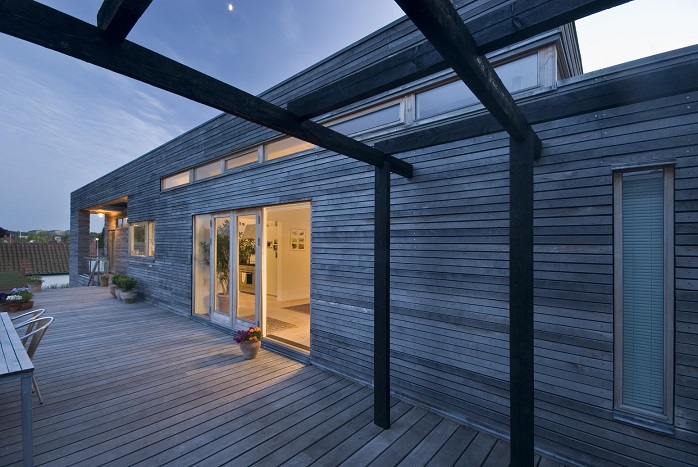 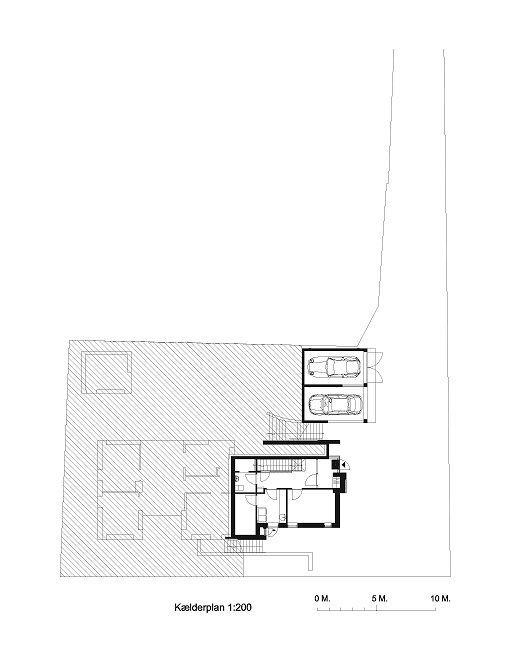 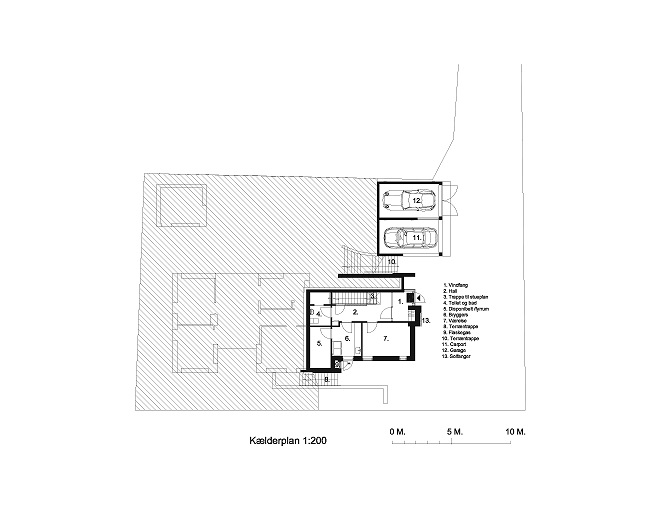 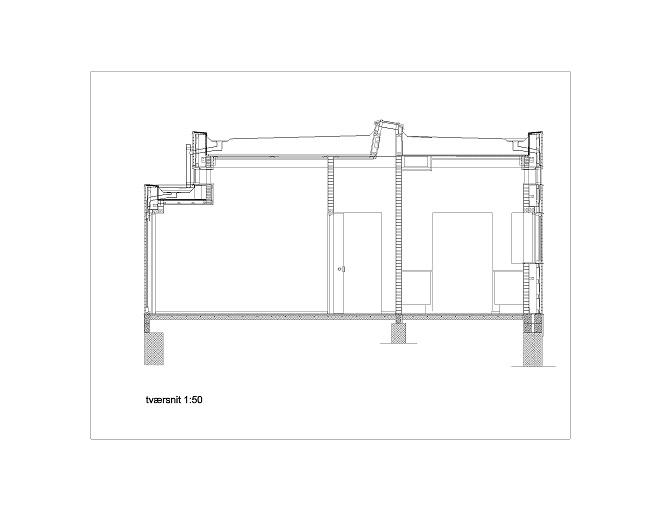 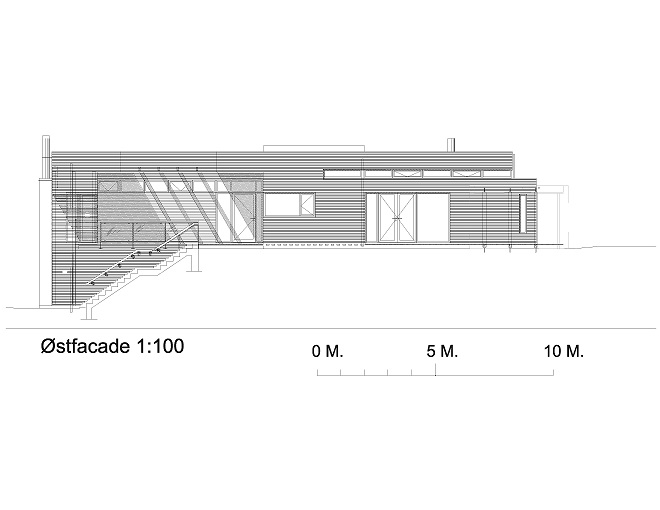 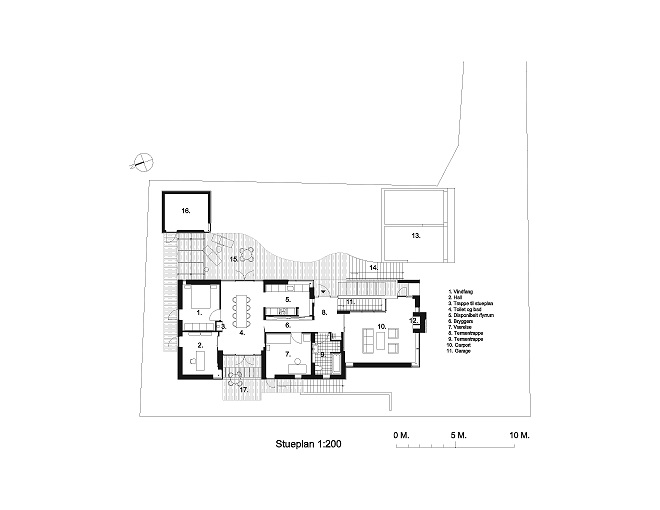 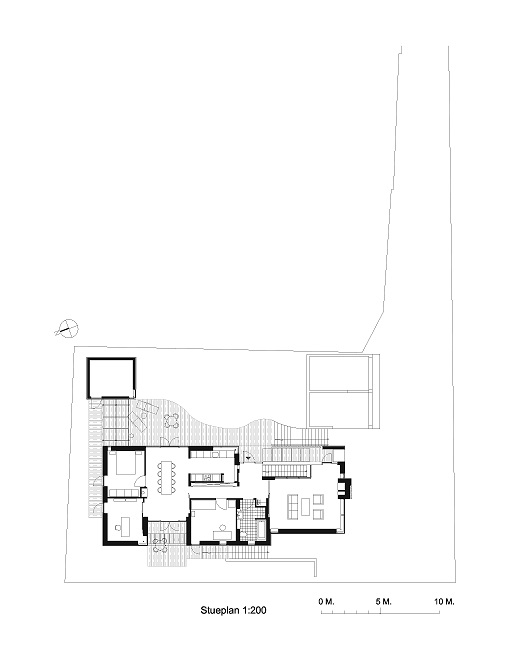 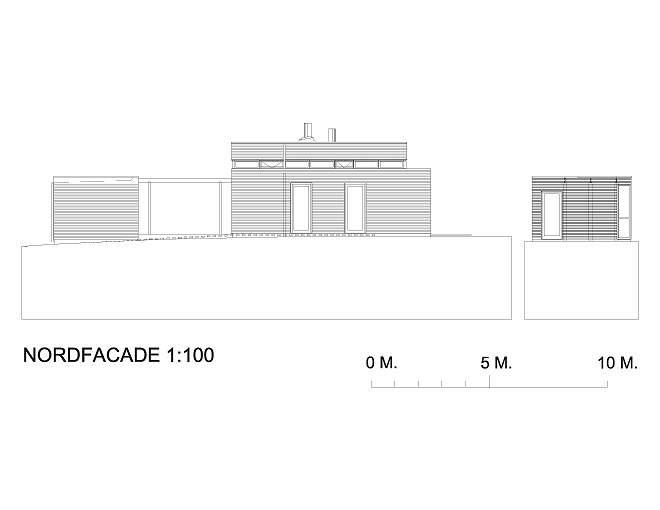 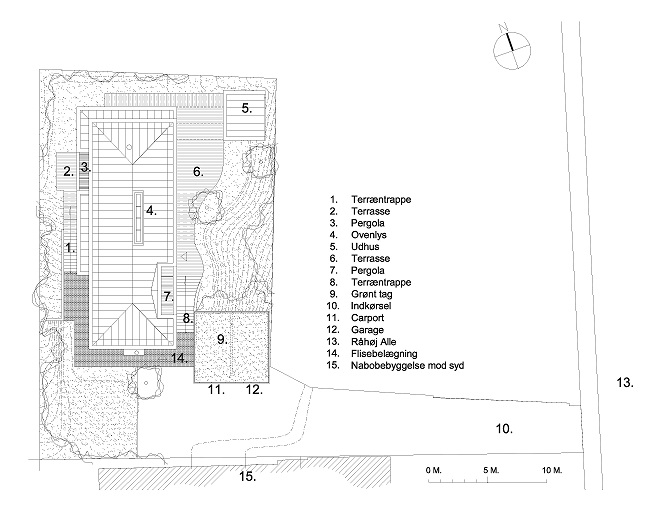 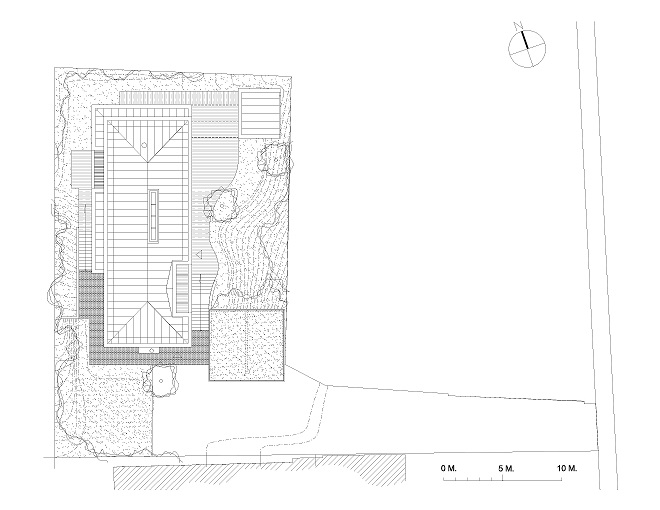 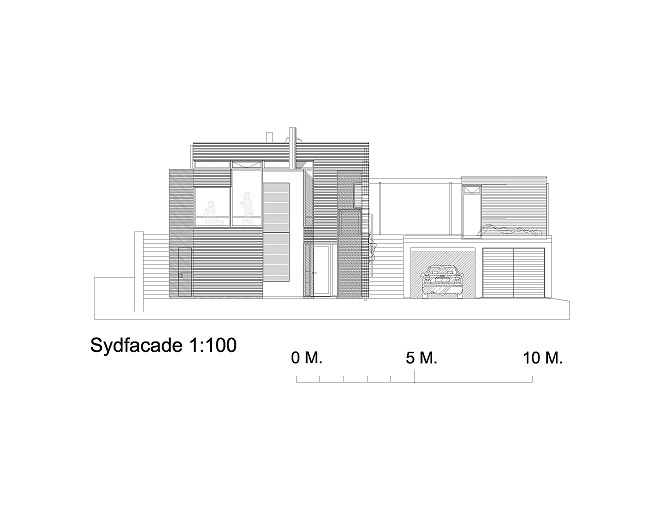 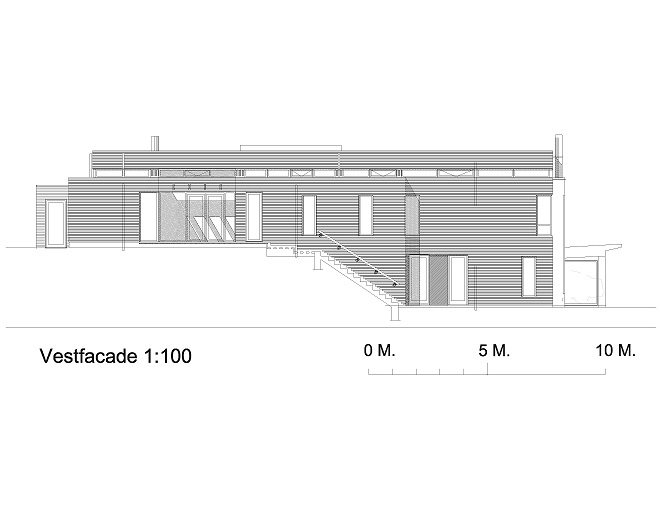 The villa lies on a small, sloping L-shaped site in southern Aarhus, with views of woods and the open landscape, where it has been added to a long since built-up residential area. The district is a veritable Klondike of varying facades and building types, and the site has walls and buildings right up to its boundary.

The villa has been inserted into the site with two stories oriented towards the south and one story towards the north. The overall impression is that of a wooden volume with differentiated heights and incisions.
The villa is clad in oak slats in a system of varying thickness which visually plays with the facetted patination of the wooden slats.

It is thus a house which, in its visual and textual appearance, will continue for many years to come to undergo a process of change towards a more permanent form of expression. In terms of its materiality, the house thereby relates more to the tall trees of the area and the nearby woods than to the surrounding houses.

Internally, the house has solid brick walls with white surfaces which accentuate the varied streams of daylight which enter the house's interior via windows which are located high on the walls. These protect the privacy of the residents and emphasize the house's sectional structure with its varying ceiling heights.
The house opens itself up to its surroundings with large elements at precisely the point at which the view potential transcends the small size of the site.

To the south, the color and materiality of the interior continue onto the facade like a monolith which embraces a stove and a solar panel.
With a guest room, utility room, store, porch and entrance hall on the lowest floor - partly built into the slope - an ensemble sequence is created with the primary living areas on the uppermost floor, flanked by bedrooms.
The garage is partly built into the slope, allowing the garden to spread across the shell construction. 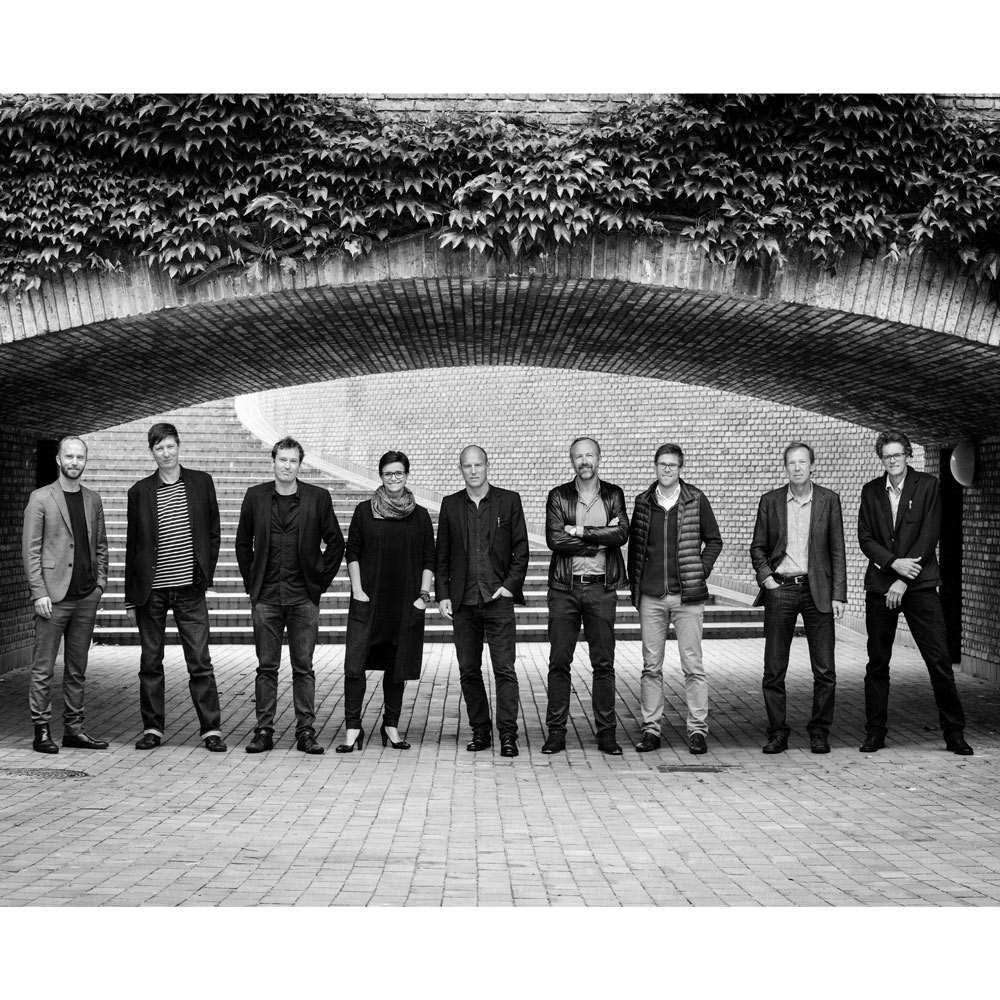