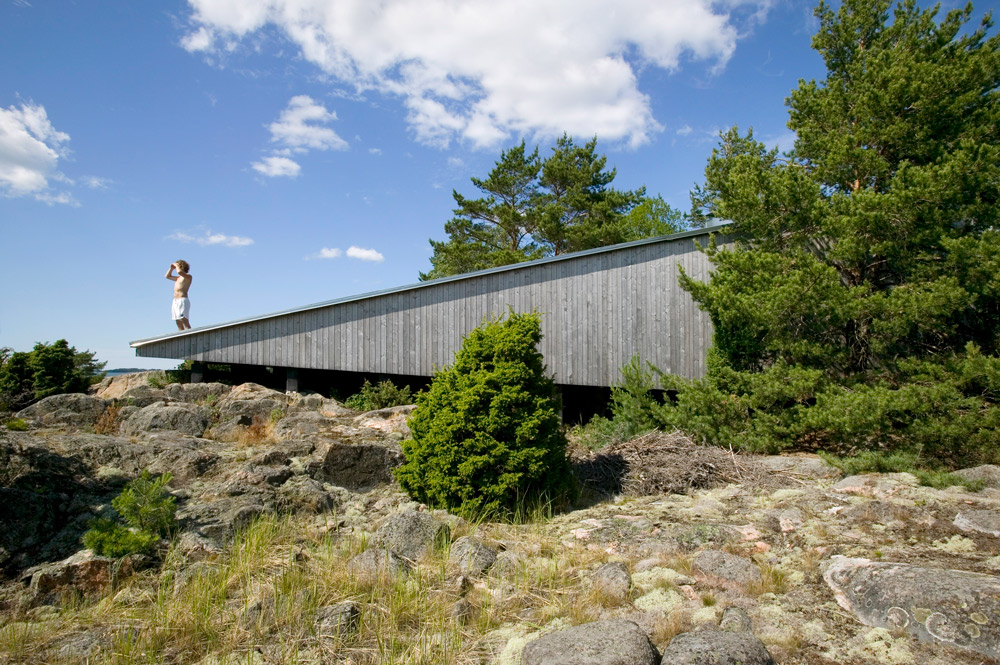 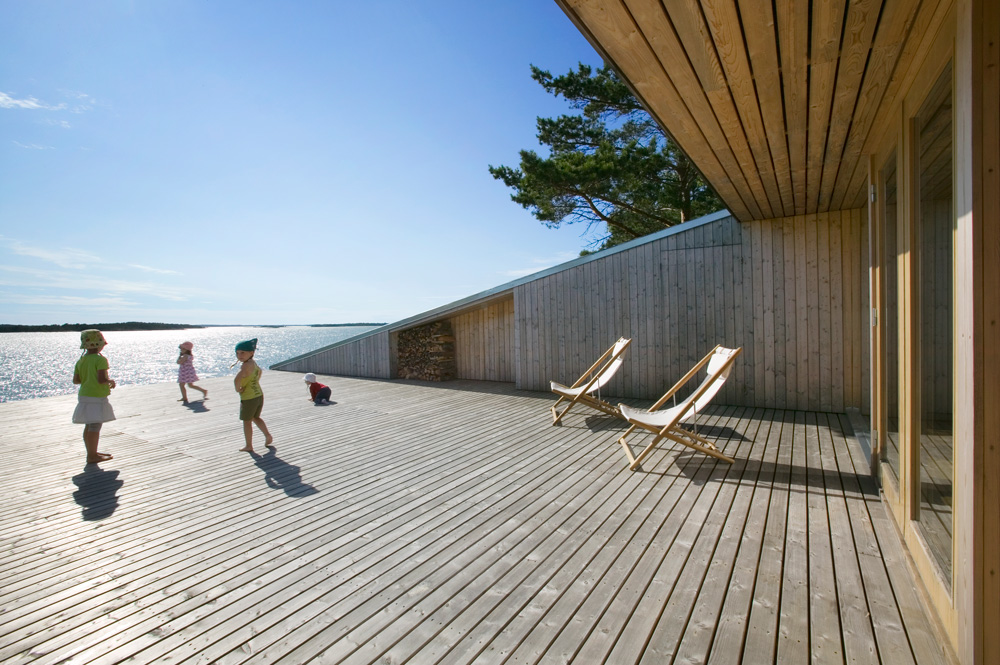 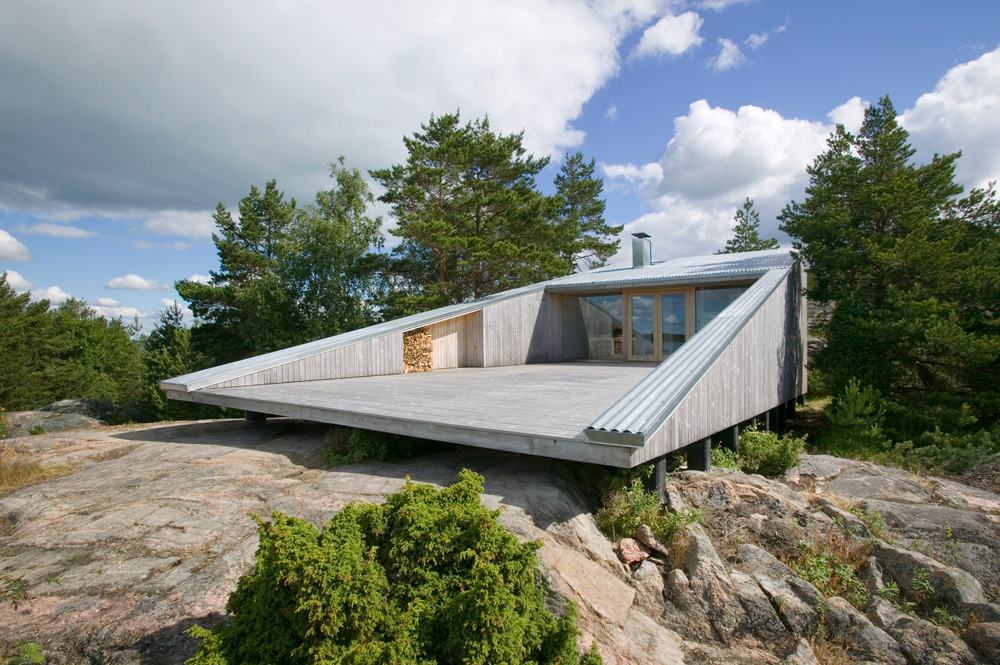 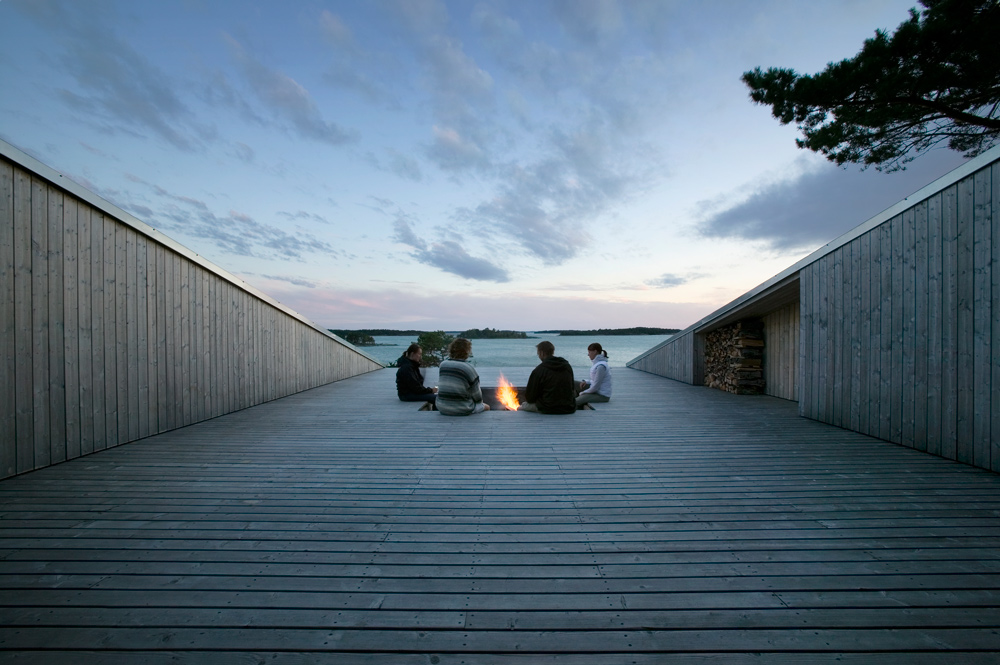 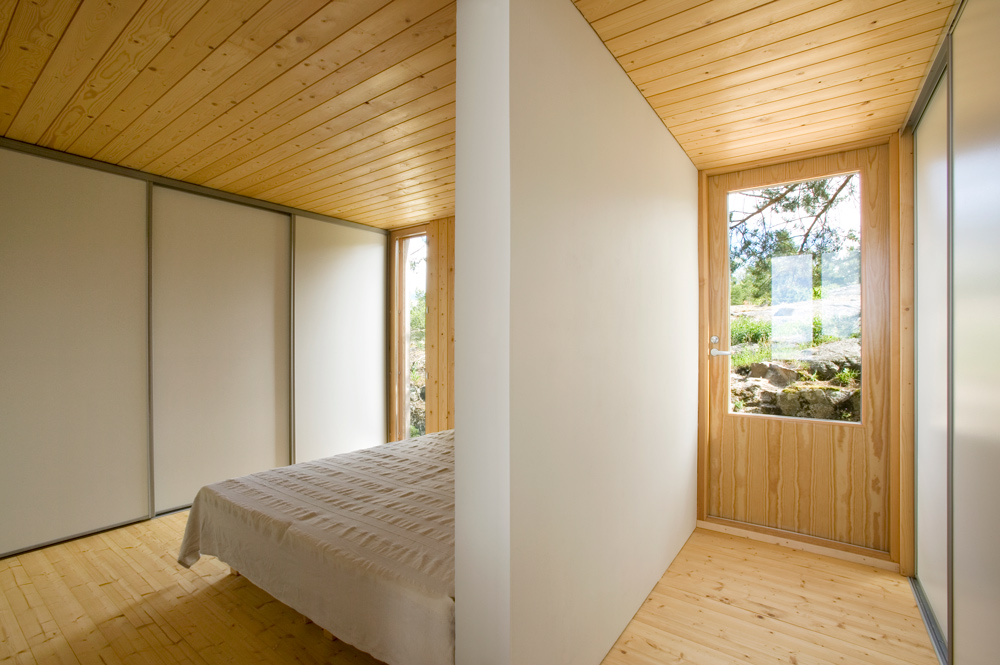 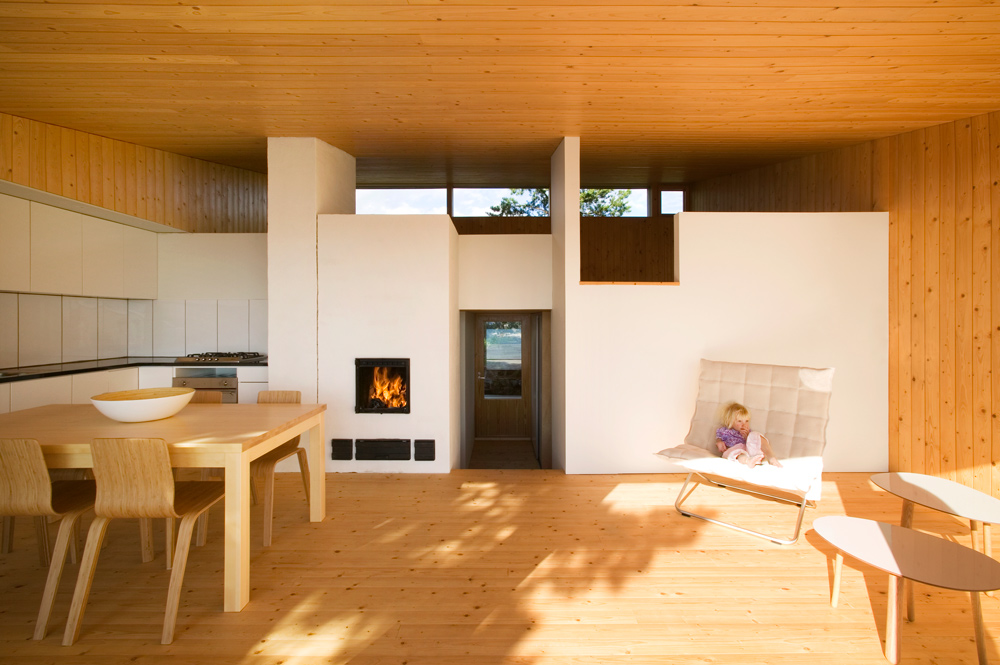 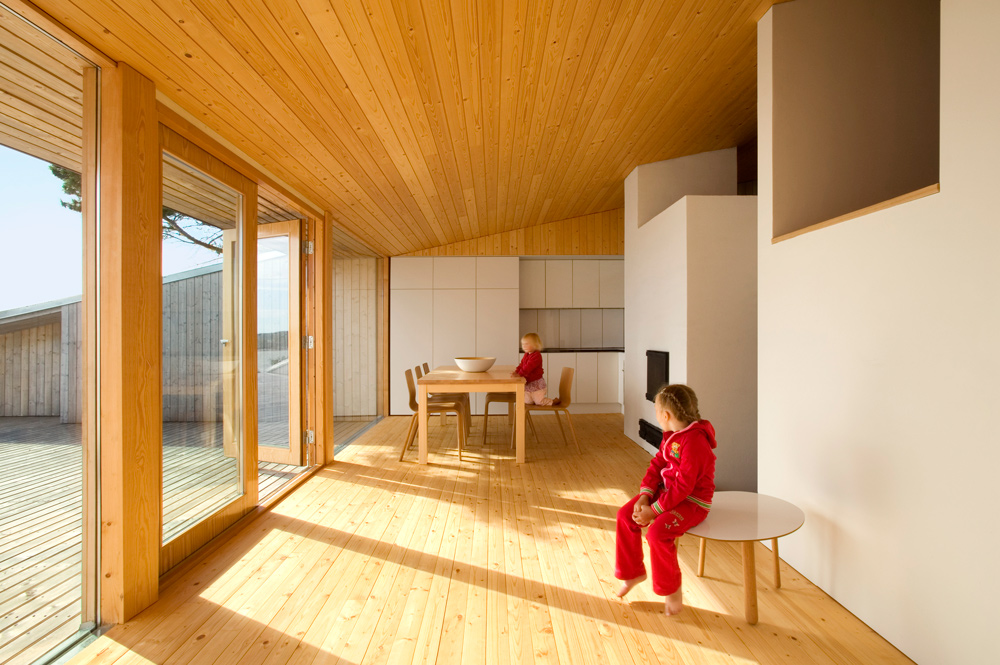 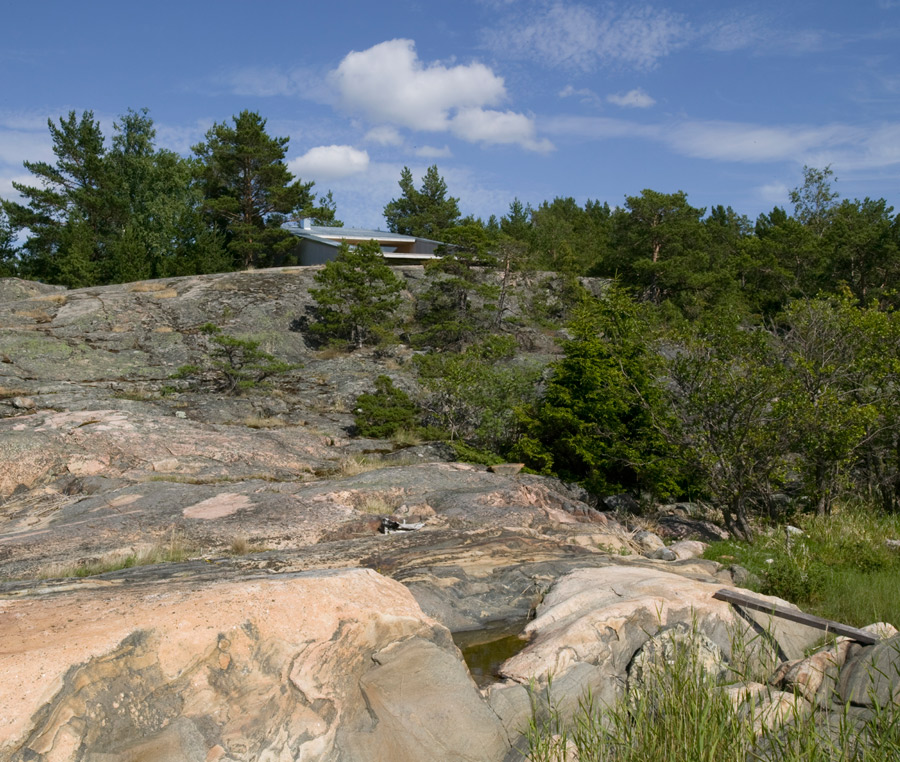 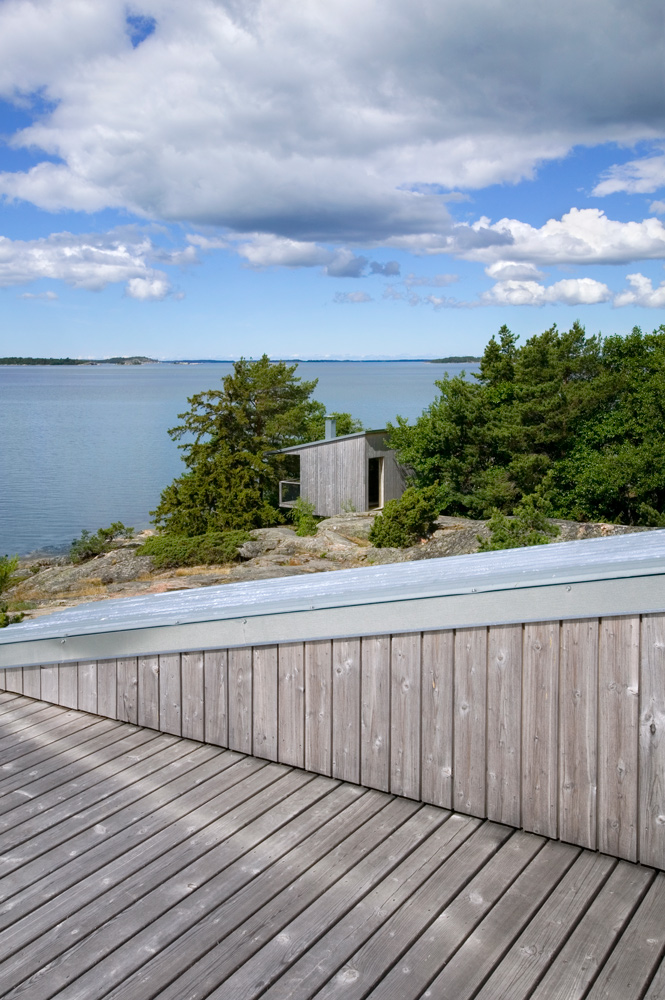 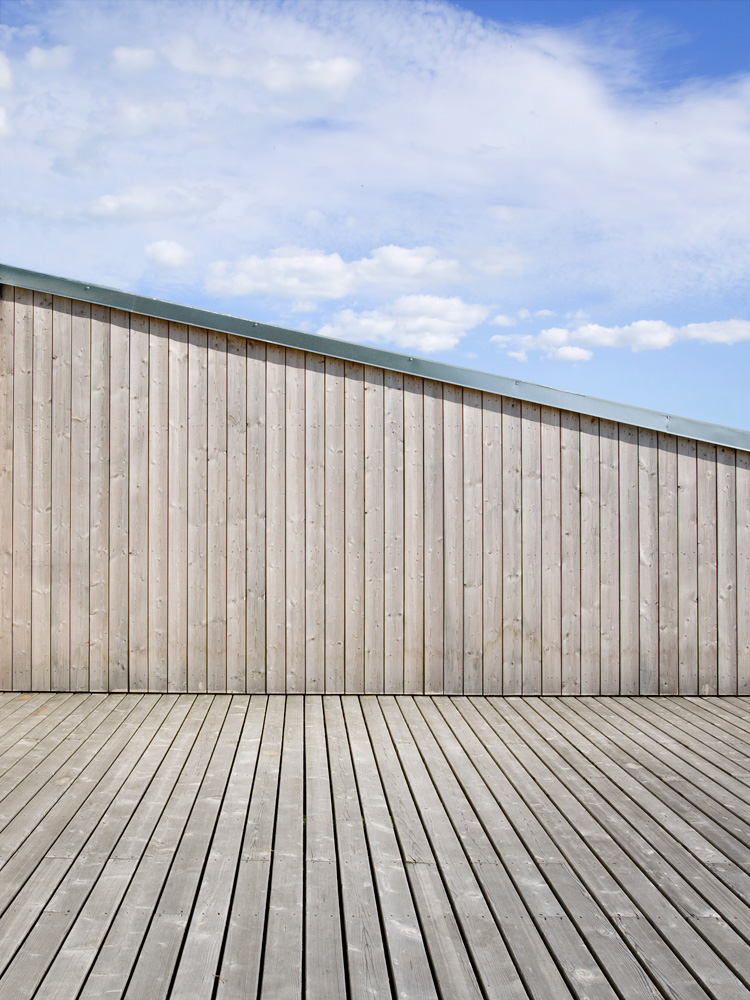 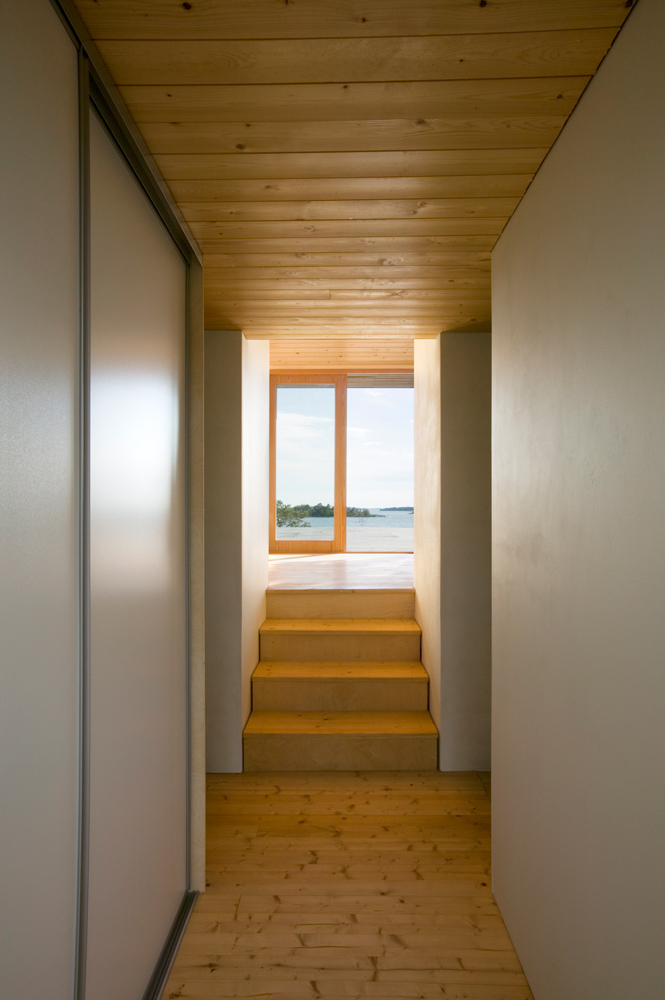 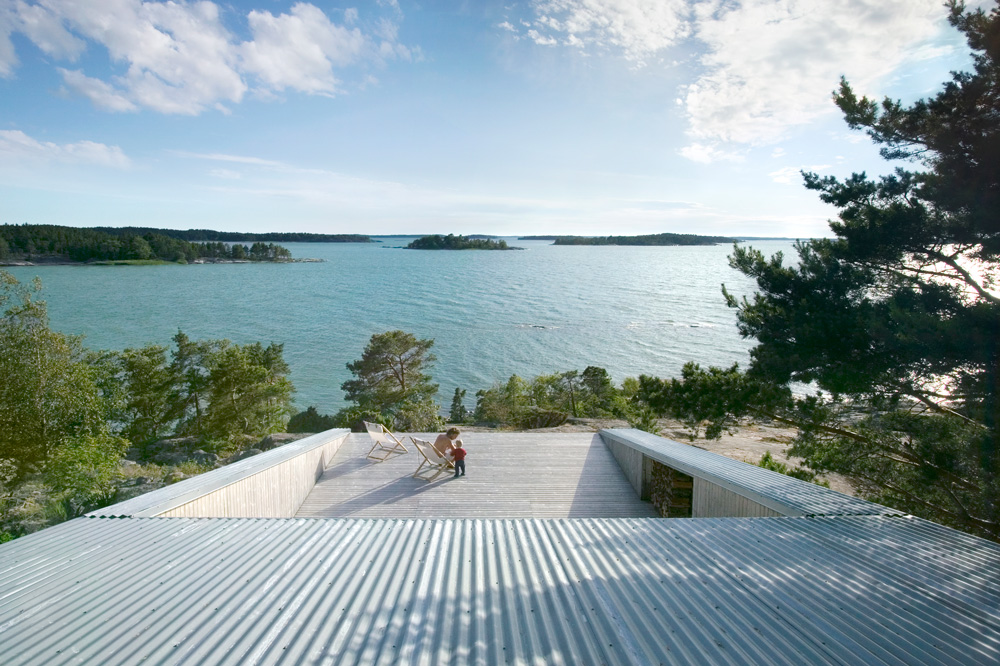 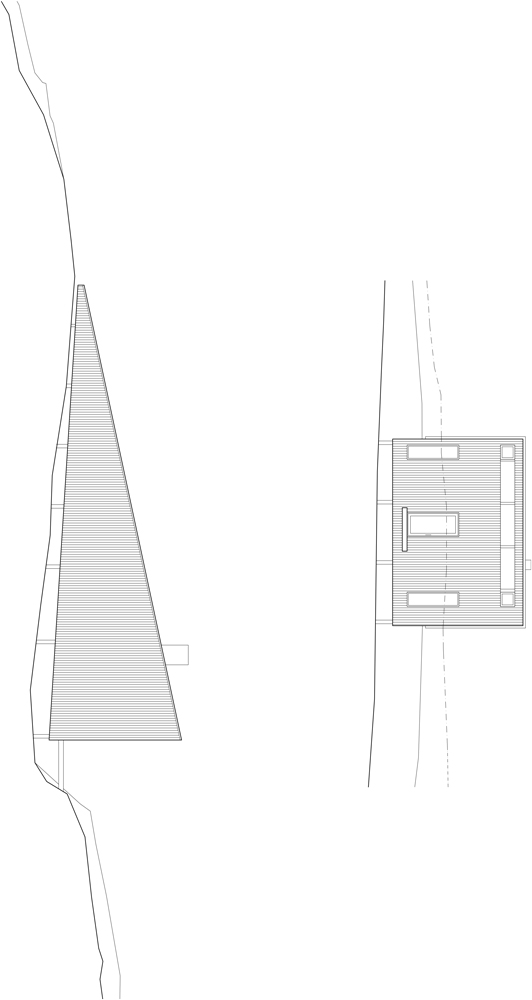 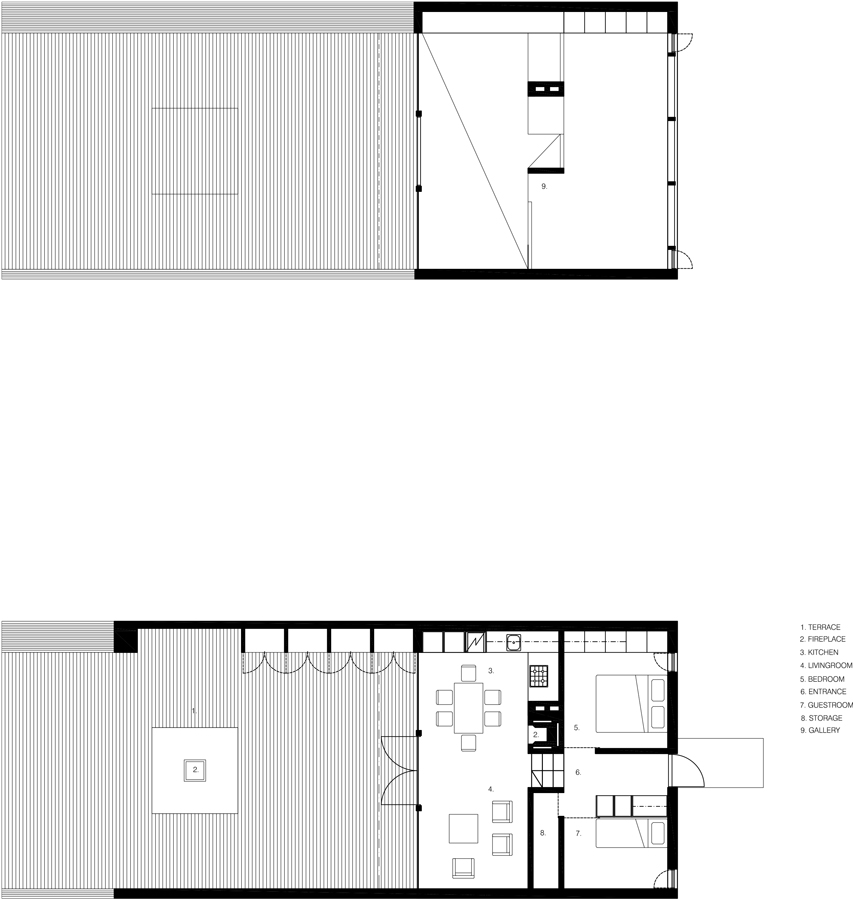 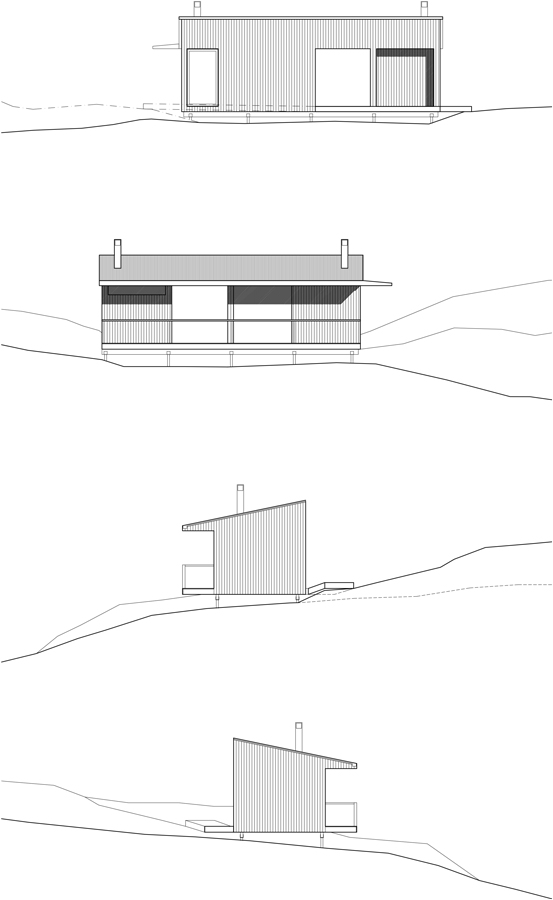 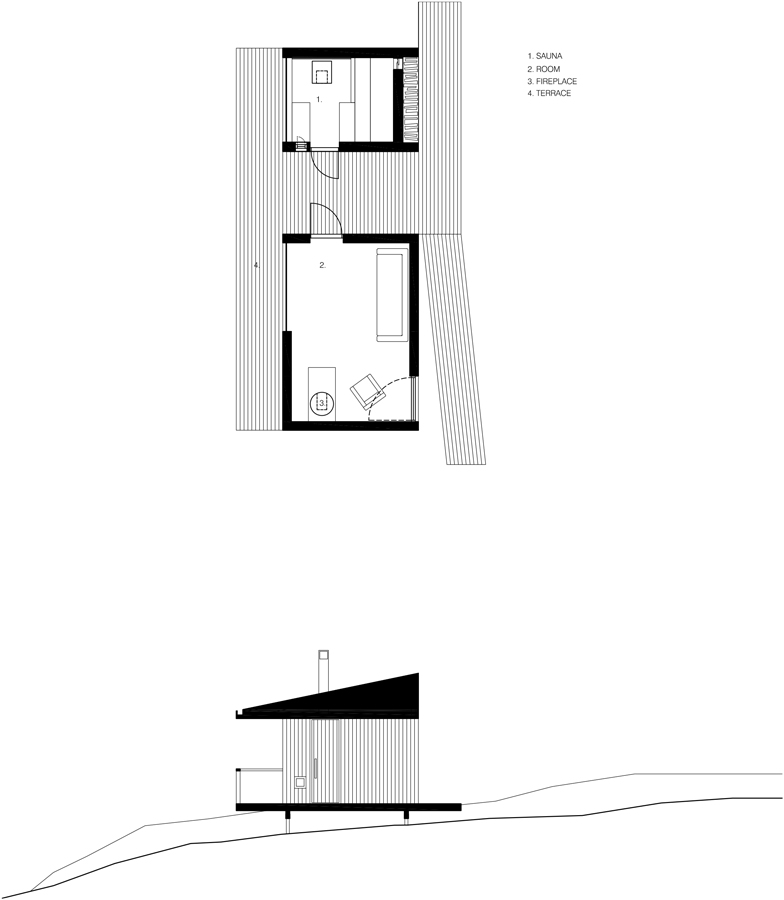 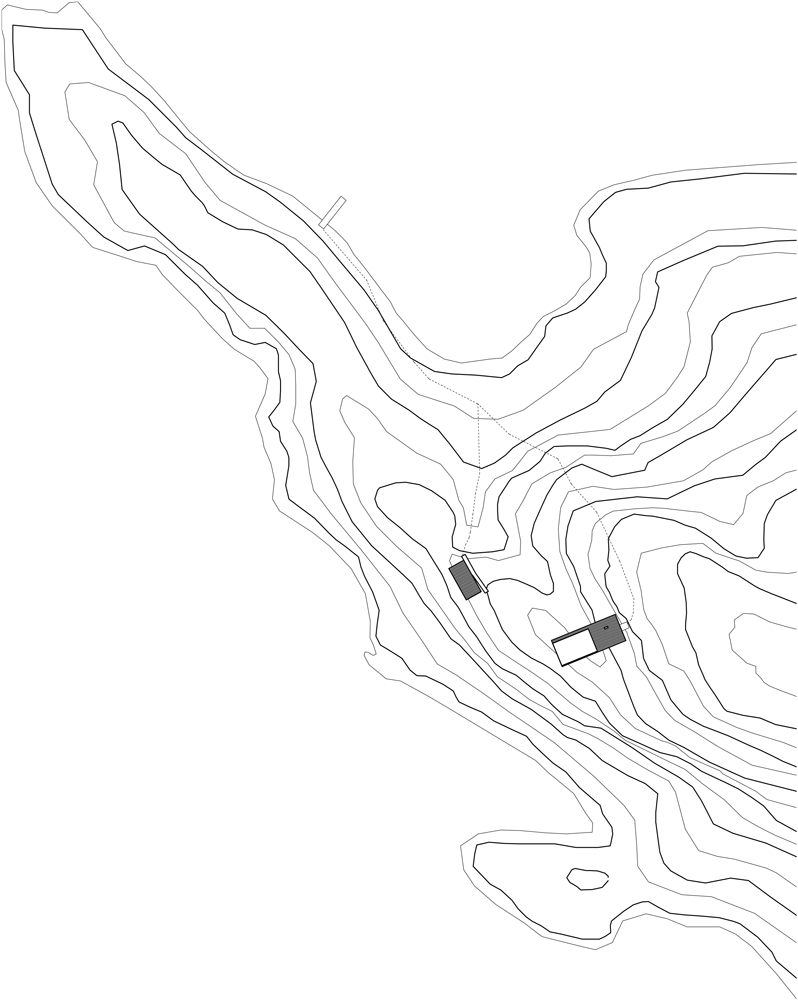 In early spring 2004, we traveled over the frozen sea to the island plot of a friend of ours in the archipelago municipality of Velkua. Our intention was to precisely determine the locations of the buildings we had sketched in the rocky island terrain. We had our ice fishing gear along with us, and once we had caught enough fish we moved with our tape measures to the plot. From the very start, the set-up for this project differed from the norm. The buildings were built at a leisurely pace, and thus we were able to study the construction details and develop them on-site, sometimes while fishing, having a sauna or relaxing during the evenings.

Villa Mecklin has mainly been a self-build project. Contract documents or complete working drawings were not necessary because any problems were resolved on-site. Construction was made easier by designing all parts, from the frame to the details, to be as simple as possible.

The rocky northern cape of Mustaluoto Island shelters a boat marina on its eastern side. On the west-facing plot, there are tall trees growing in the humus that has gathered in a narrow rock crevice. Otherwise, the surroundings consist of exposed rock and low vegetation: moss, grasses, heather, and juniper bushes.

The buildings were placed amidst the shelter of the narrow zone of trees. The main building sits in a small depression in the rock, its sheltered terrace extending over the summit of the rock. One arrives from the harbor to the entrance of the main building sheltered by the trees. After a descent of a couple of steps, the expansive landscape of the western shore, with its long vistas, unfolds. A fireplace has been sunk into the center of the large terrace, accessed via a hatch in the decking. When the fire is not lit and the hatch is in place, it is possible to use the whole terrace as, for example, a dance floor. In connection with the shoreline sauna, there is also a stove-heated cabin for guests.

The building materials selected for Villa Mecklin are uncontrived, basic ones suited for the archipelago. All wood surfaces have been left untreated and will turn grey naturally. 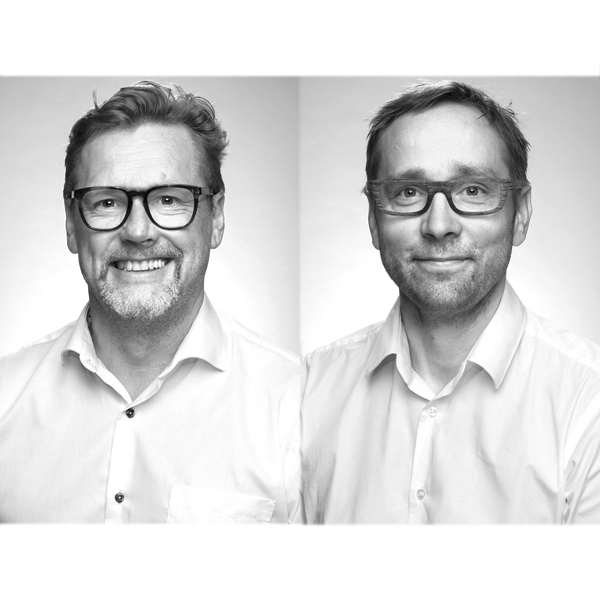