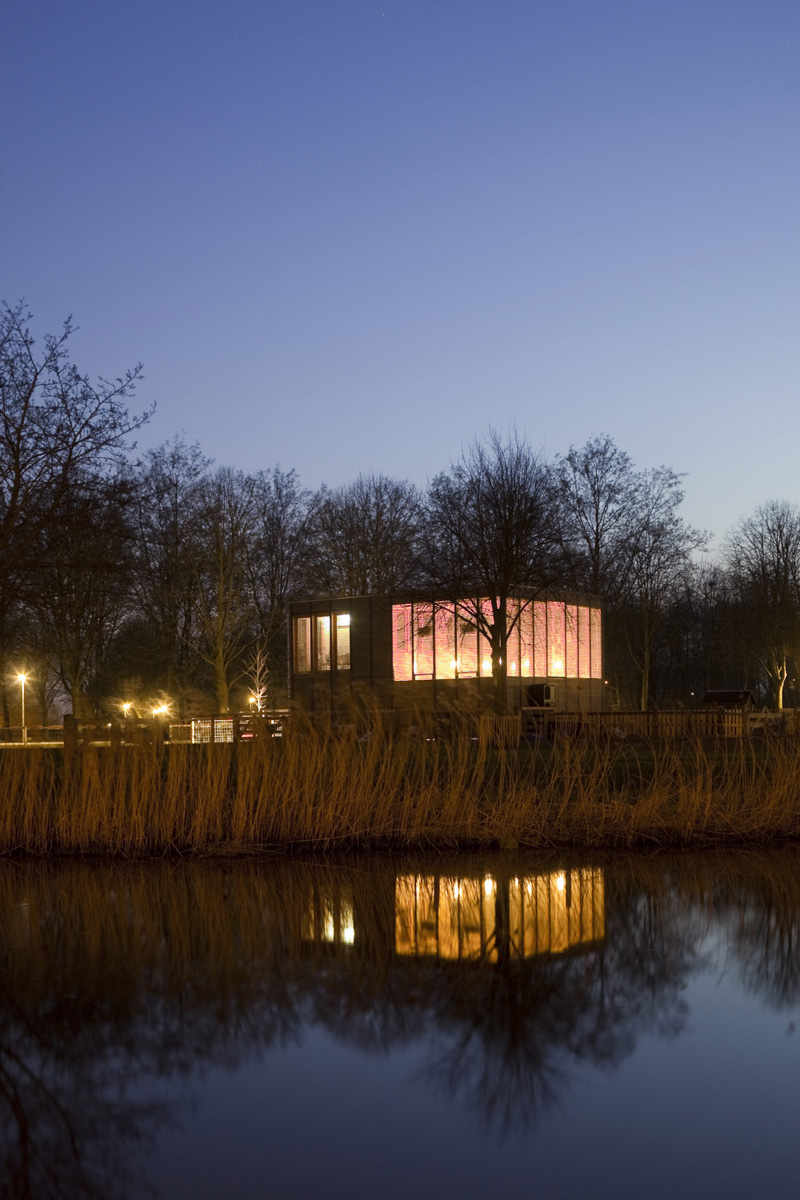 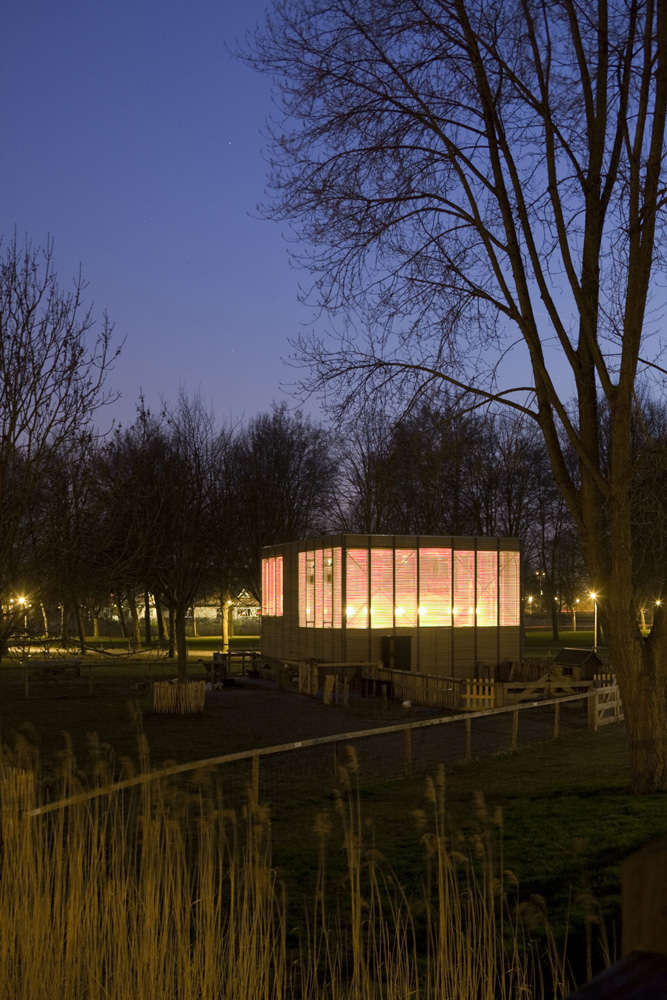 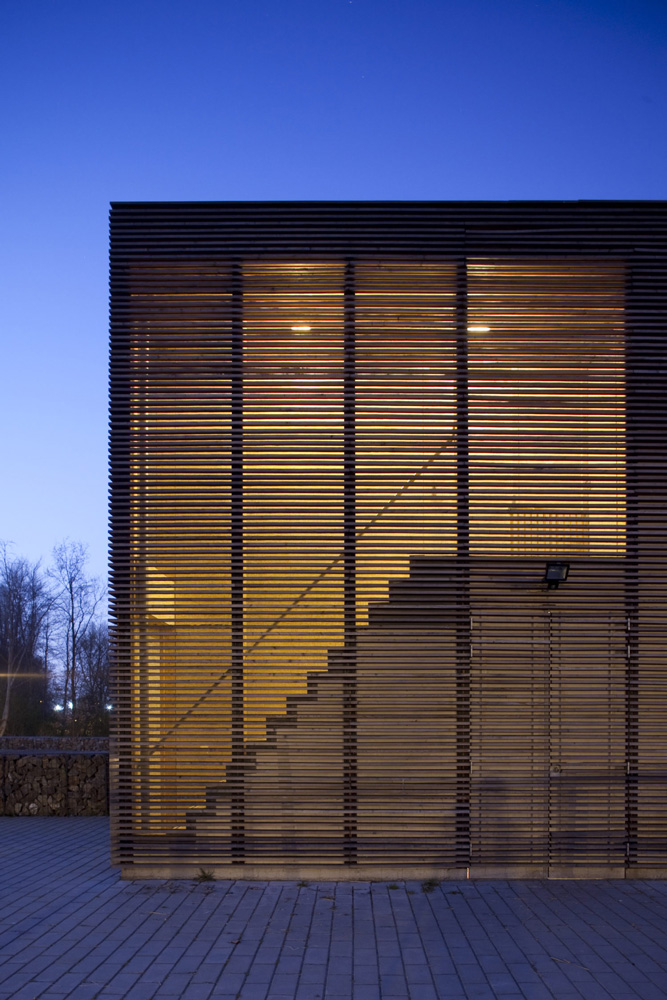 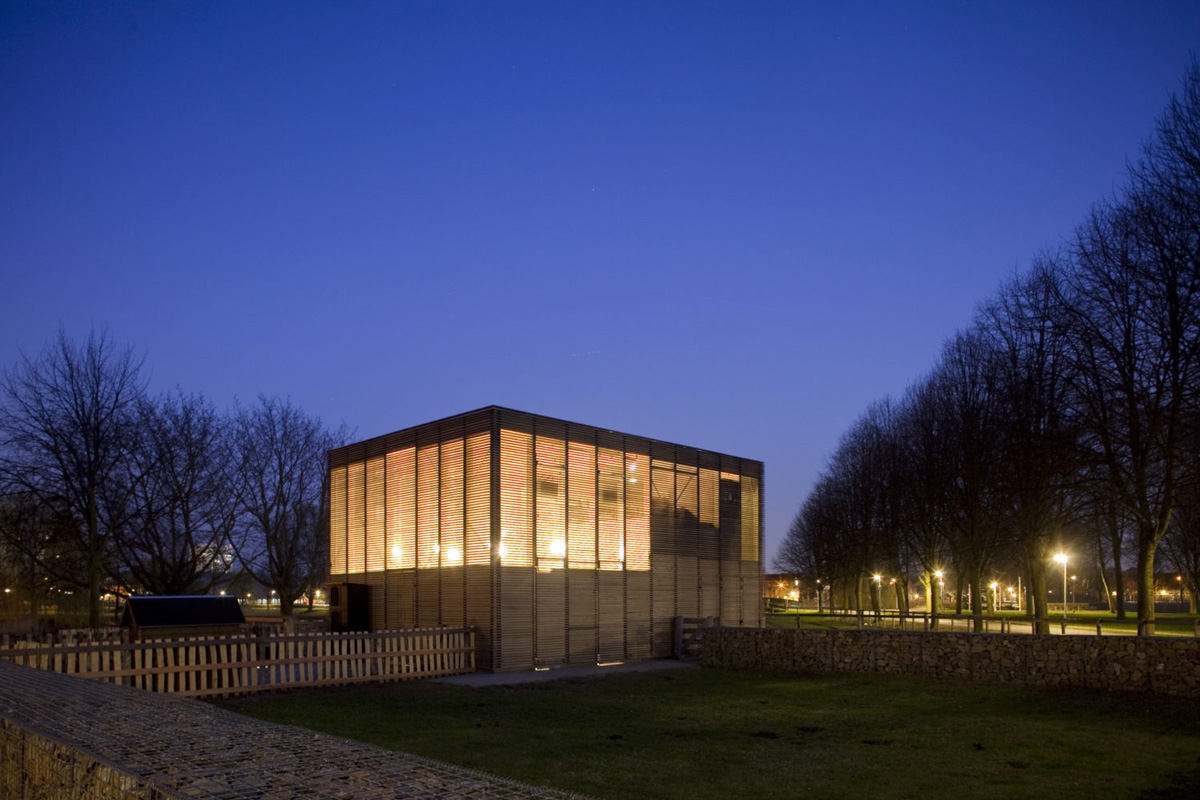 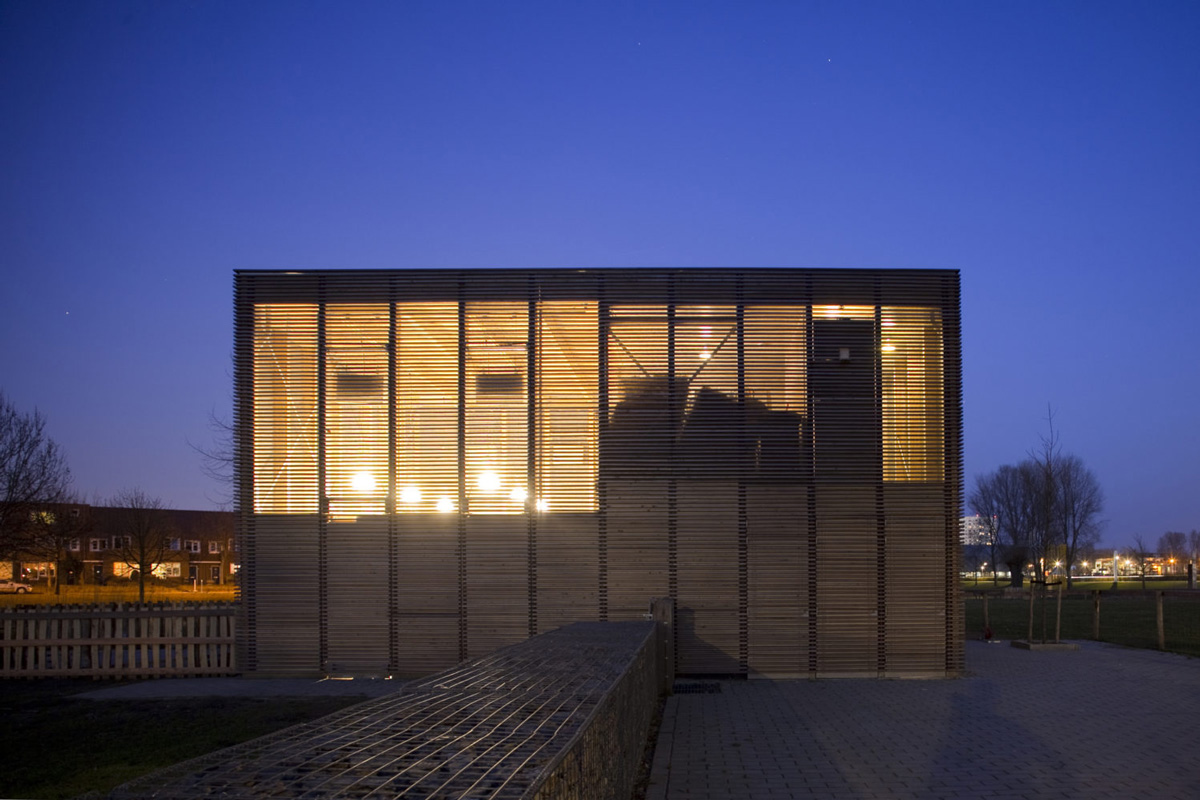 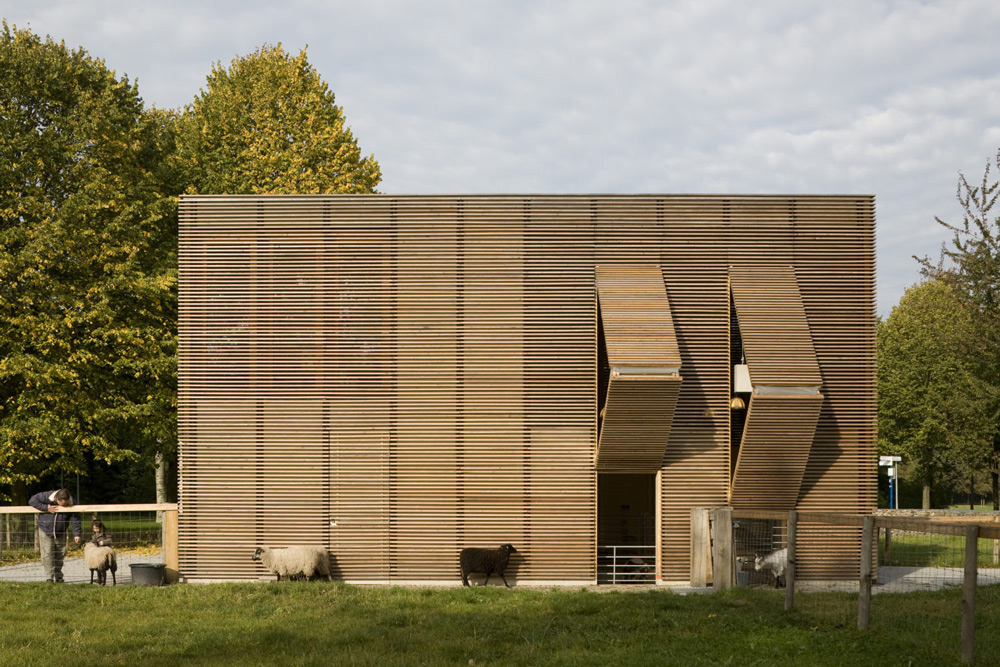 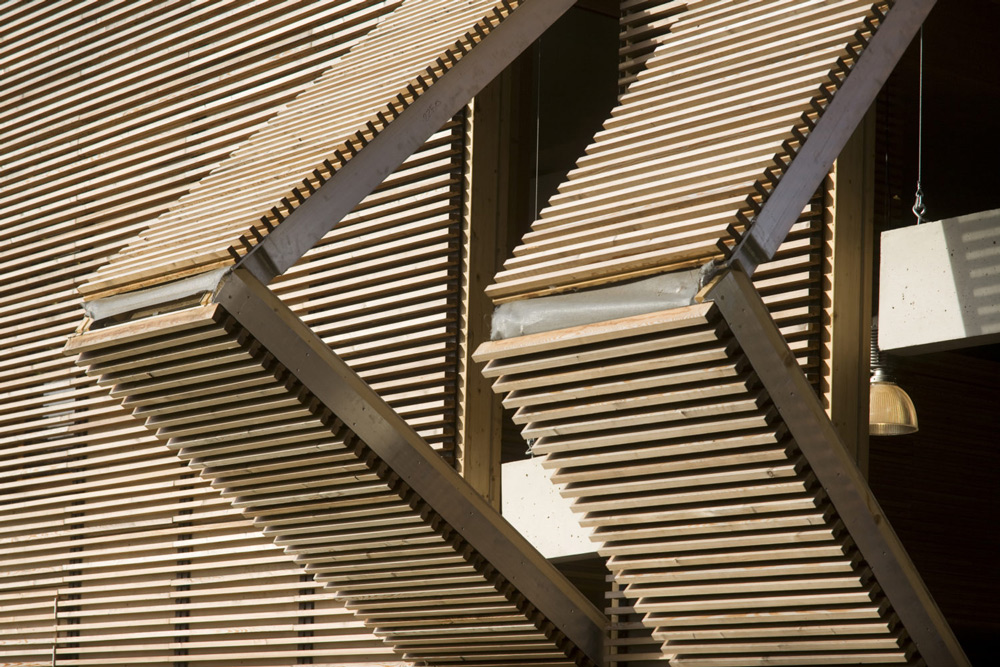 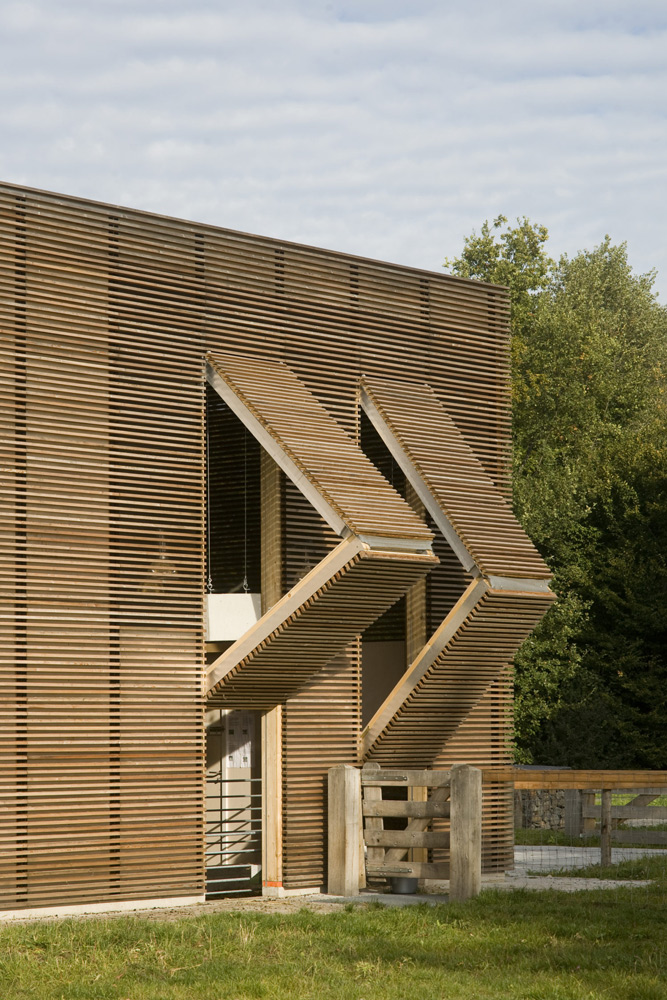 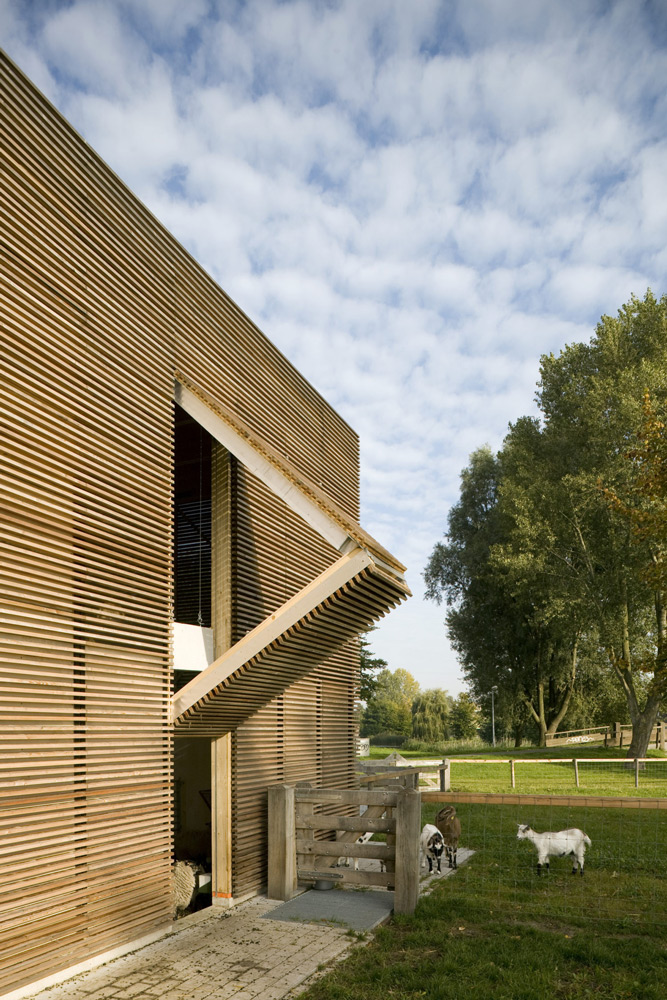 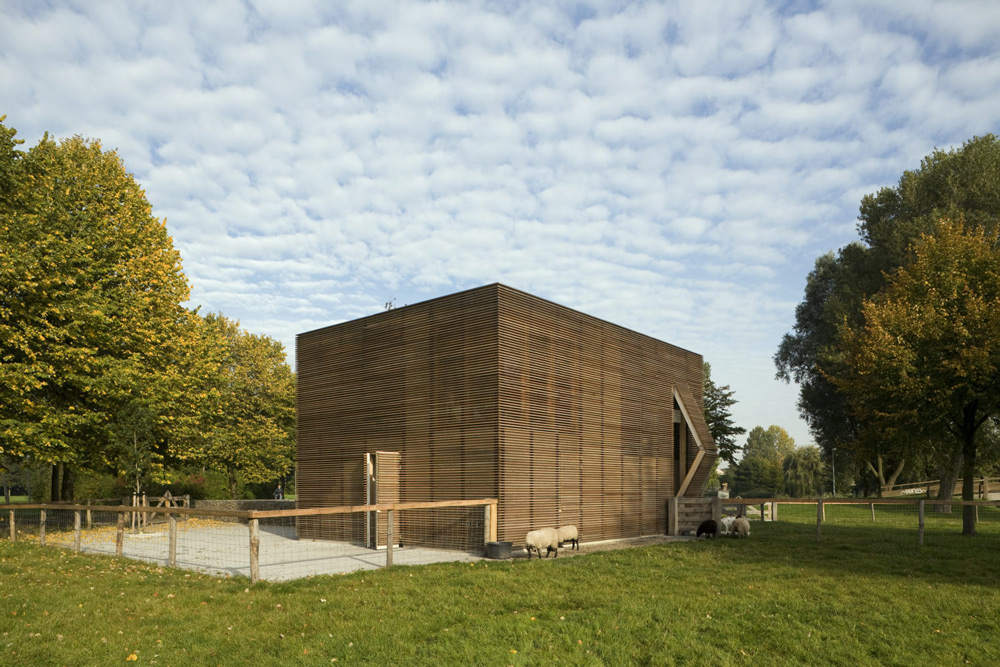 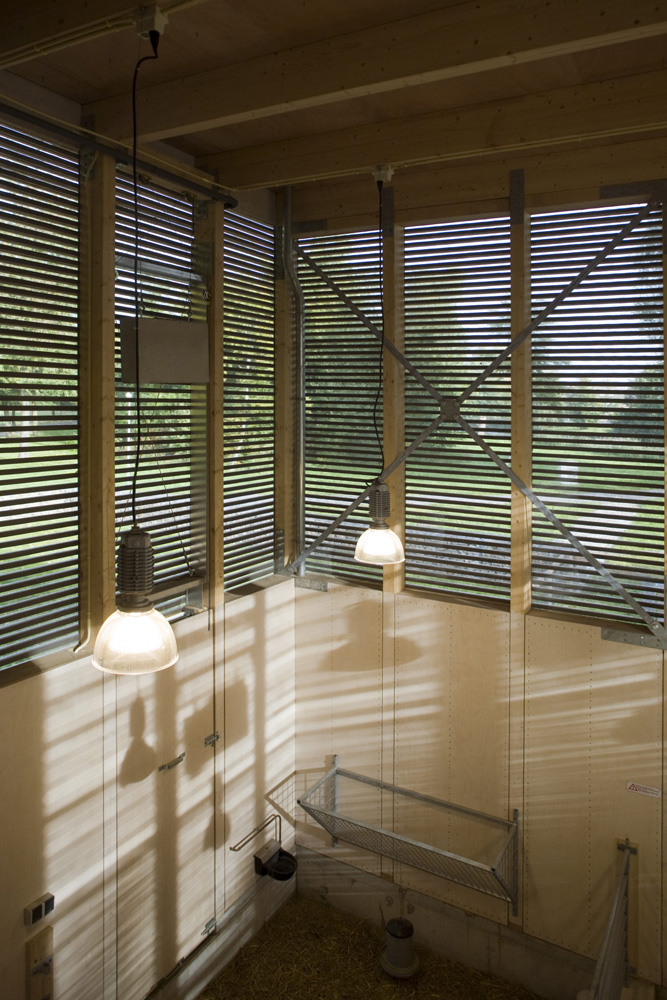 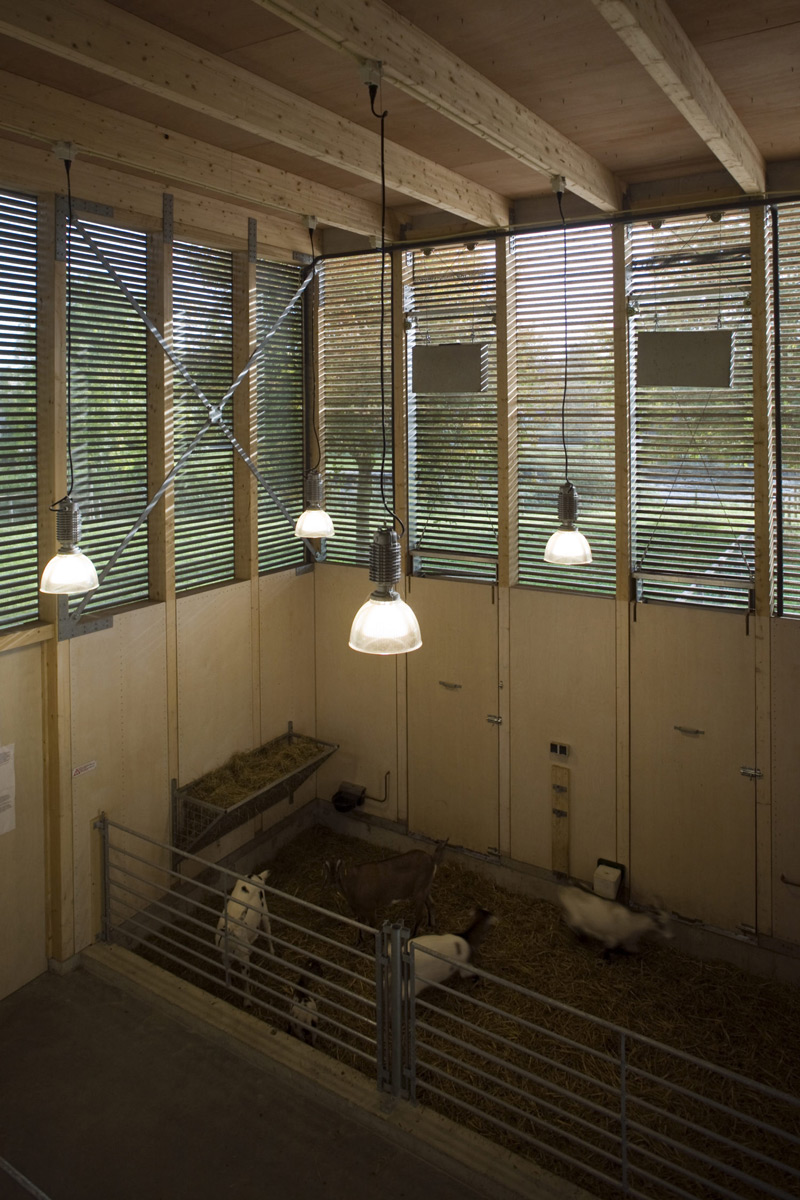 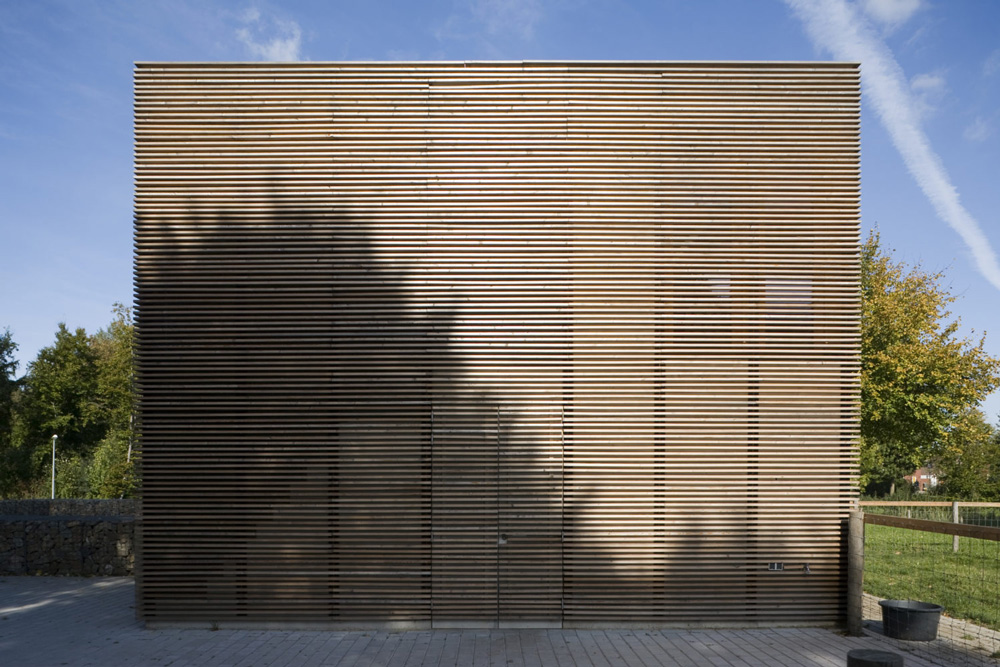 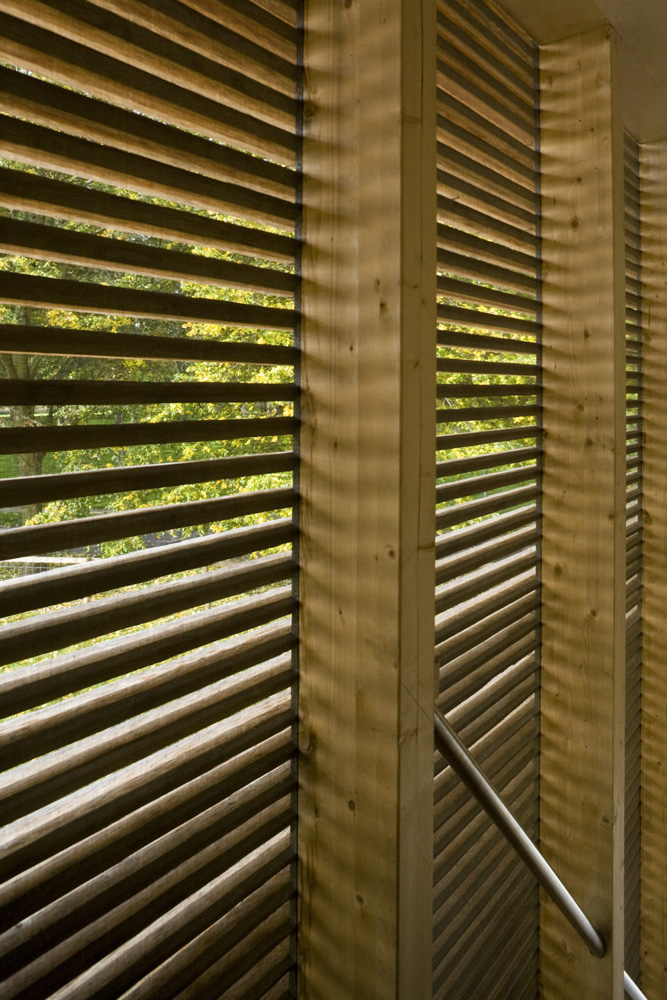 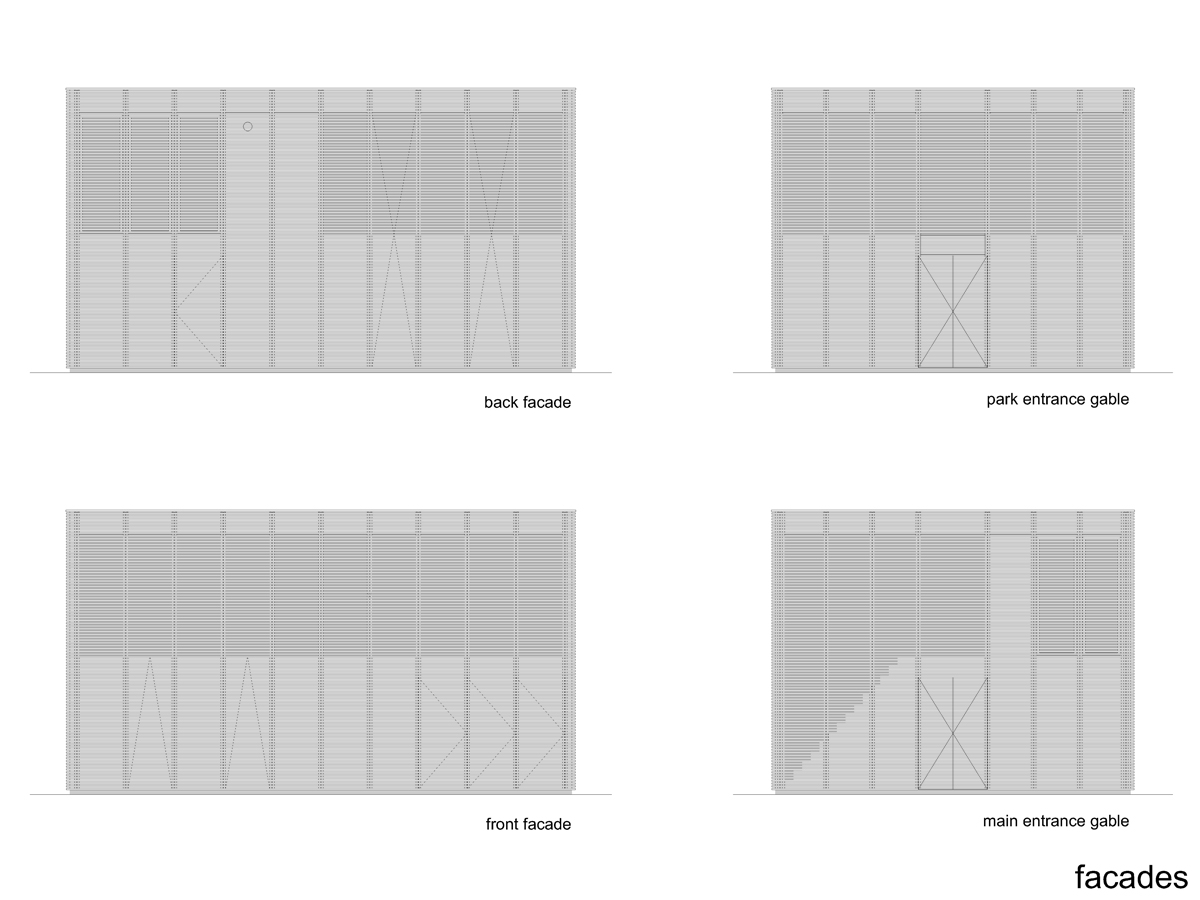 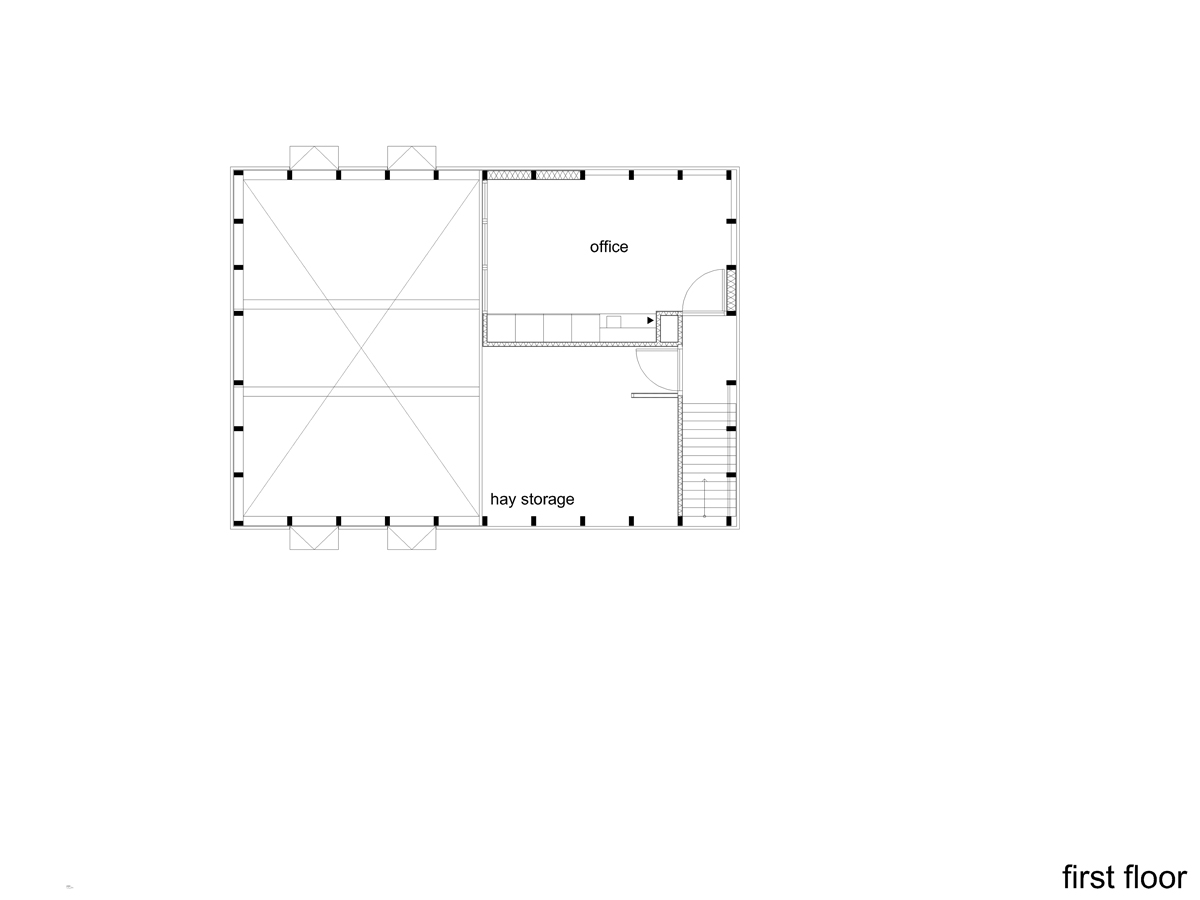 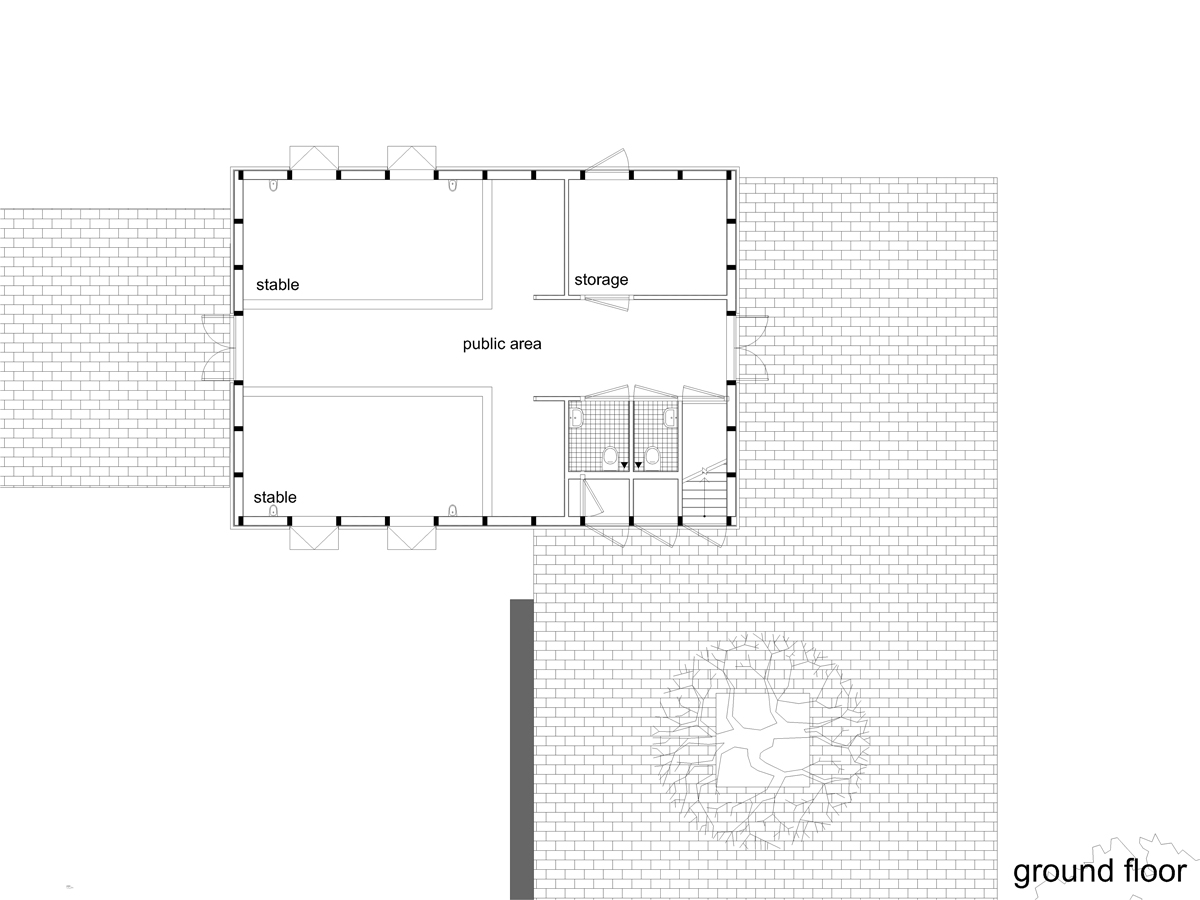 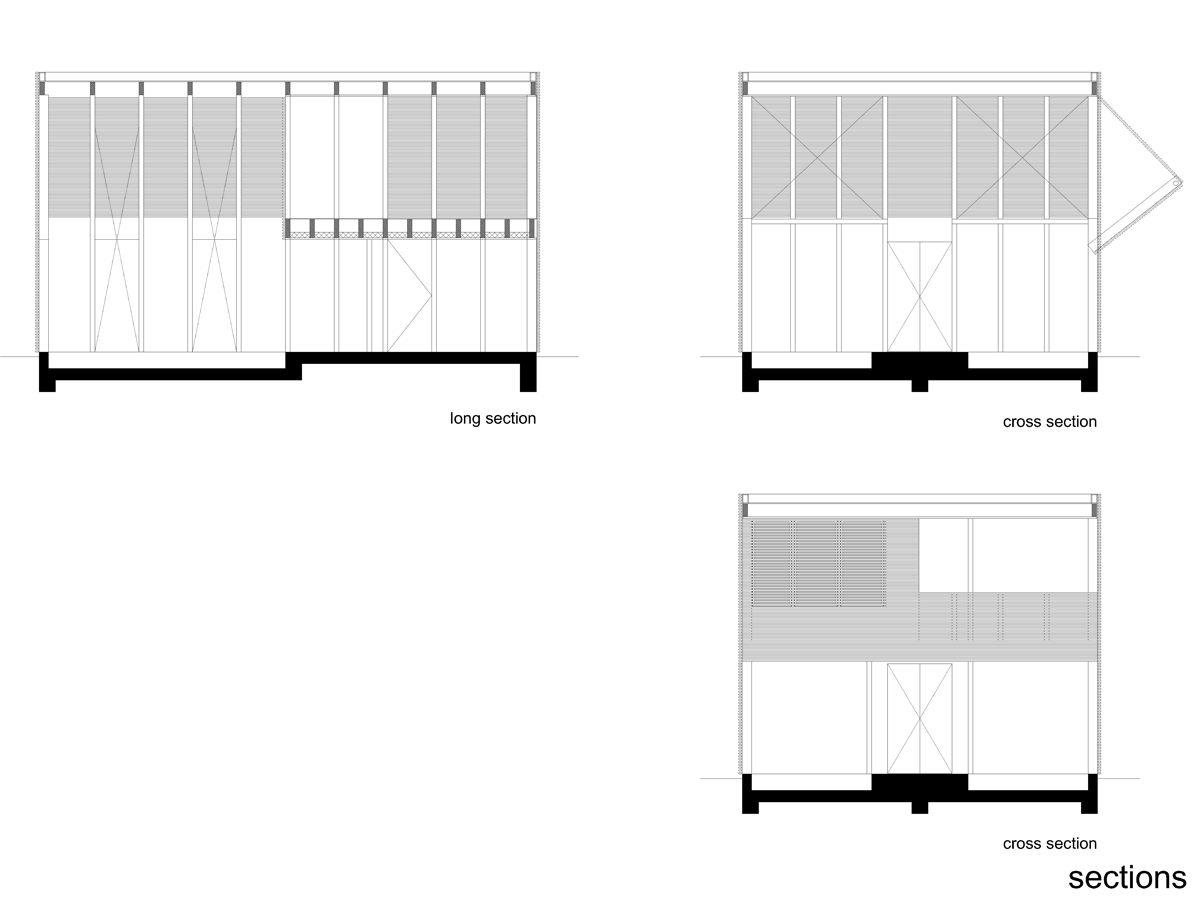 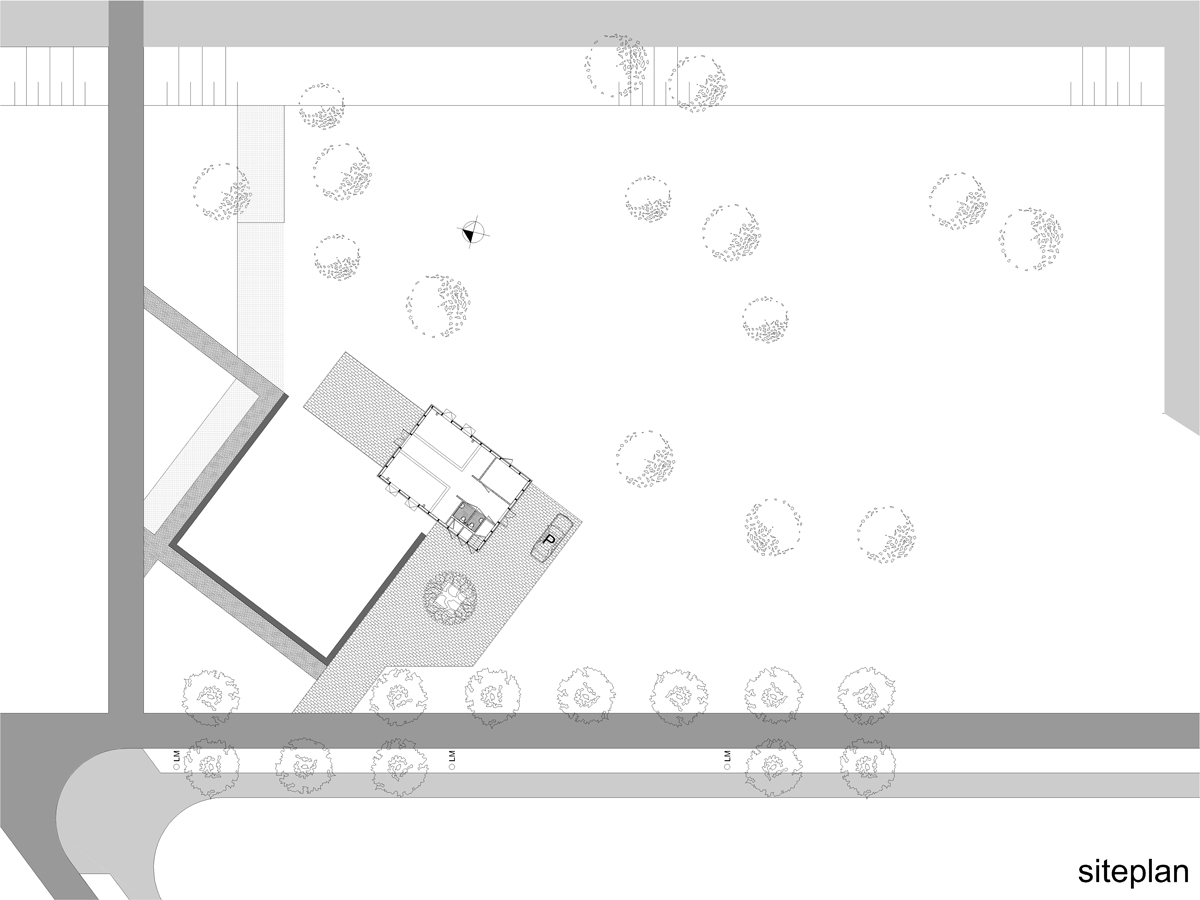 Most city parts of Almere, a city with almost 190.000 inhabitants, have a petting farm. In the 'den Uyl' park there used to be one, but it burned down in the early '80s, leaving only its concrete foundation. Early 2005 we were commissioned by the municipality of Almere to design a new petting farm on the exact location and the remaining foundation. The building was finally built using almost only sponsored money and finished late 2008.

We designed a wooden box with an open facade system for the upper half of the building, allowing the wind to ventilate the whole farm continuously. Half of the building is stable; the other half consists of toilets, storage, and on the second floor an office and storage. The stable itself has no second floor. As you walk lengthways through the building, you will pass the animals that are contained to the left and to the right behind fences. There are no doors in the building, but there are six shutters, two for the public on the short ends of the building, and four for the animals, two on either long side of the building. These shutters will open manually or automatically in the morning, reacting to the upcoming sun, as they will close again at the end of the day when the sun goes down. The animals will easily learn to be inside again on time if they like. At night, the building becomes a light beacon in the park. One could say that the box, a building extensively reduced in aesthetic violence, wakes up and goes to sleep every day.