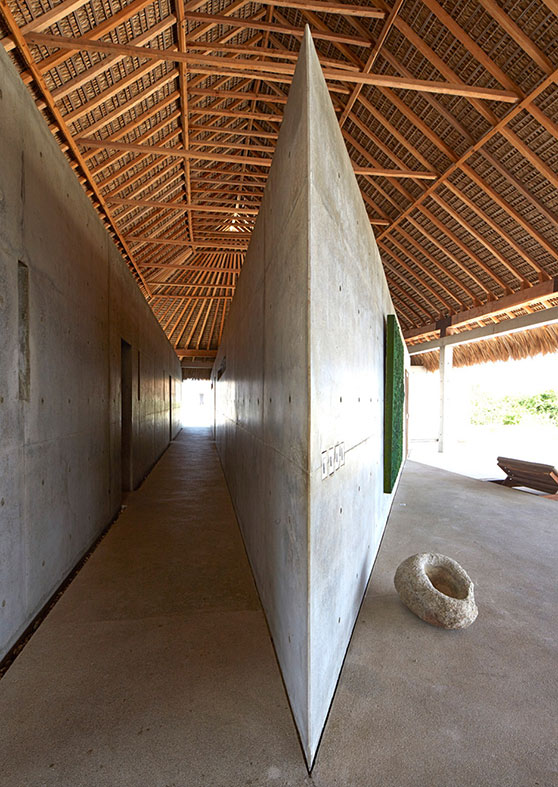 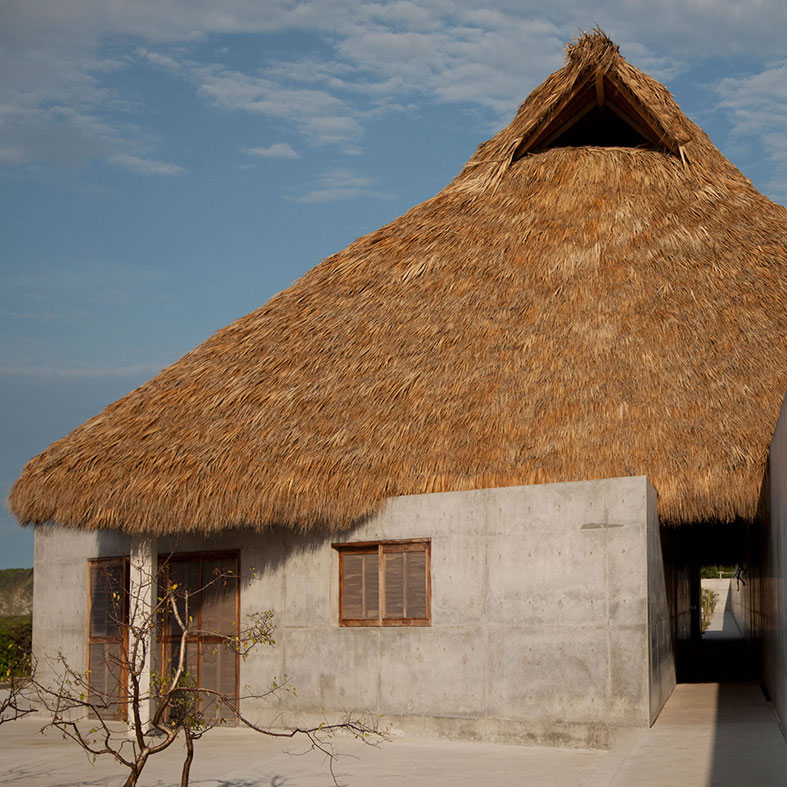 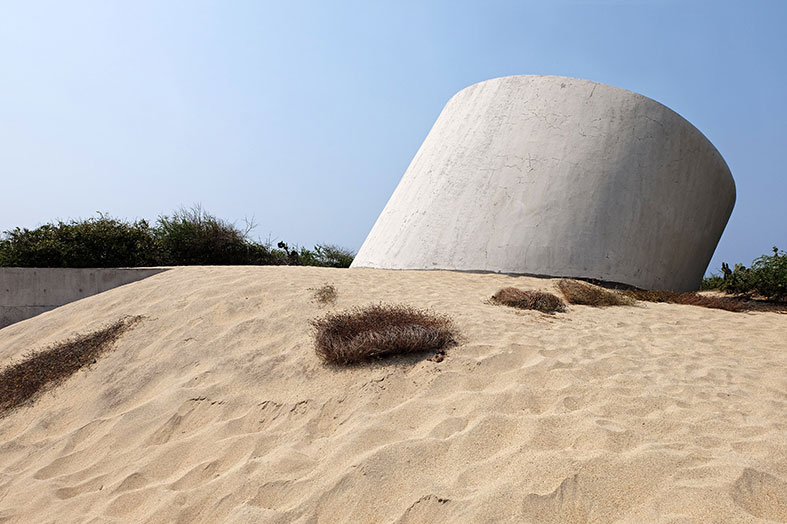 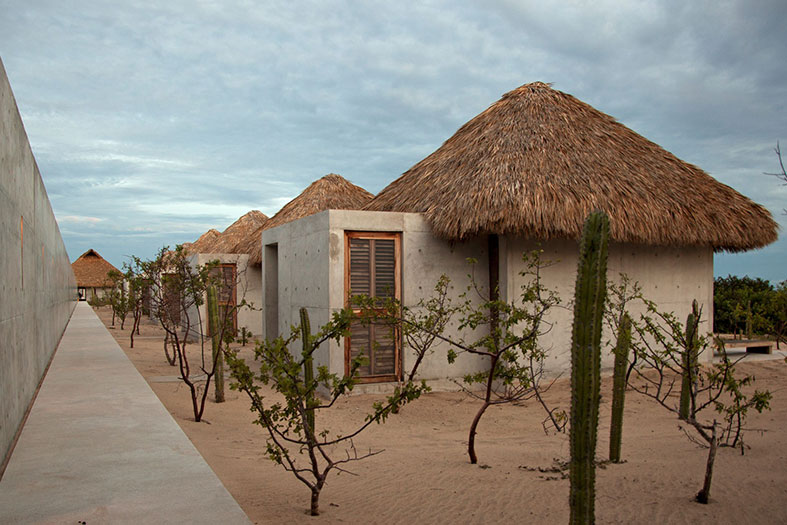 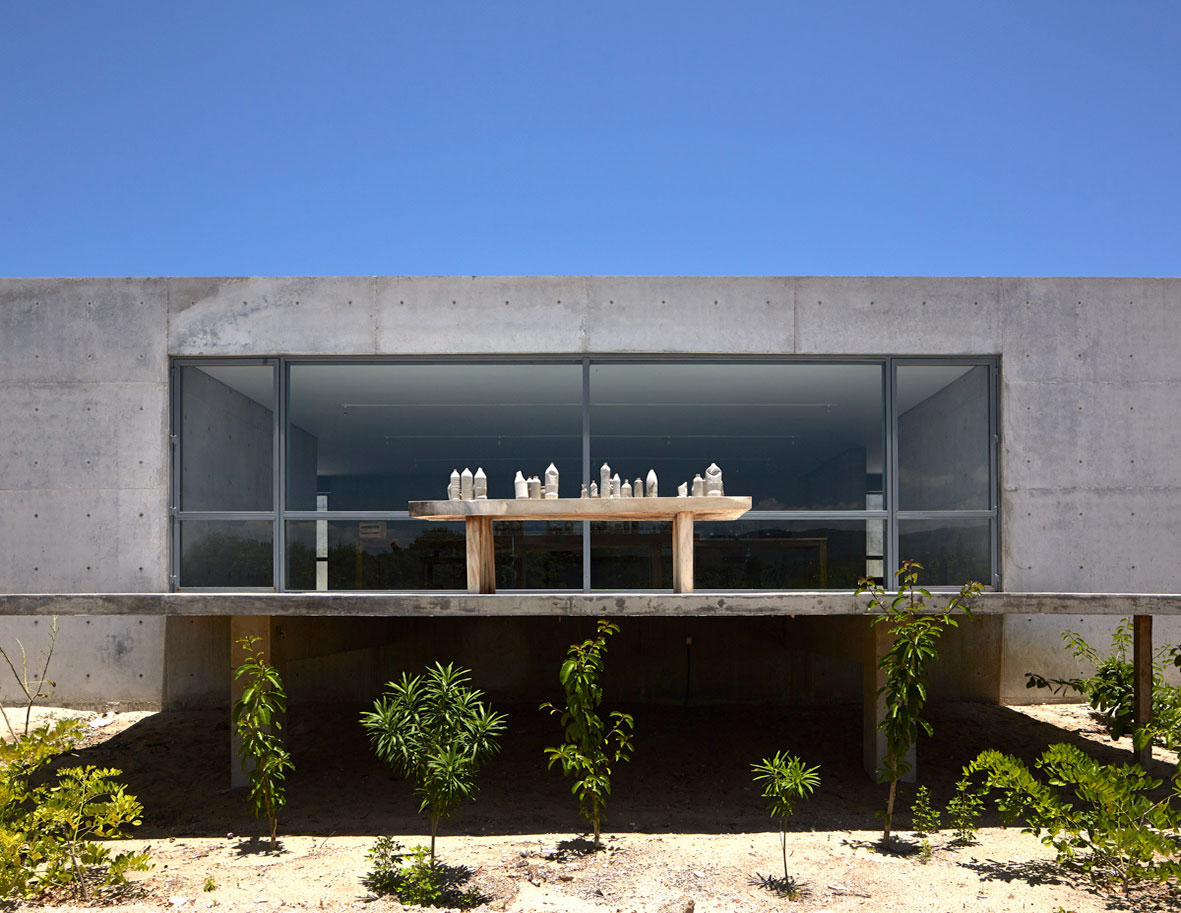 The first inklings of Casa Wabi were born a decade ago, when Sodi was undertaking a residency in Tokyo. During this time he became acquainted with the concept of wabi-sabi – a distinctly Japanese aesthetic derived from the Buddhist teaching of the three marks of existence: impermanence, suffering and emptiness. Wabi-sabi privileges the beauty found in imperfection, asymmetry and asperity; wabi-sabi strives for humility, modesty and intimacy. During this time Sodi was also introduced to the brutally austere architecture of Tadao Ando. He approached the architect, asking if he would design a studio for him. Ando declined, merely stating that he was very busy.
Then, in 2006, Sodi’s father discovered an idyllic site: a 90-acre stretch of deserted beach surrounded by farms and the Sierra Madre del Sur mountain range on one side, and the ocean on the other. Bosco was immediately taken with the location and started imagining a retreat for himself and his family – designed, of course, by Ando. He met again with the architect in Los Angeles; this time Ando took the job.

Each round of residents is very different; usually about six to eight people come to Casa Wabi at a time. As Genaro Gevarez, an anthropologist says: “Casa Wabi has recruited to act as a human encyclopedia and a link to the various groups. Open some beers, small talk, hit back a few tequilas, and the ice is broken”..