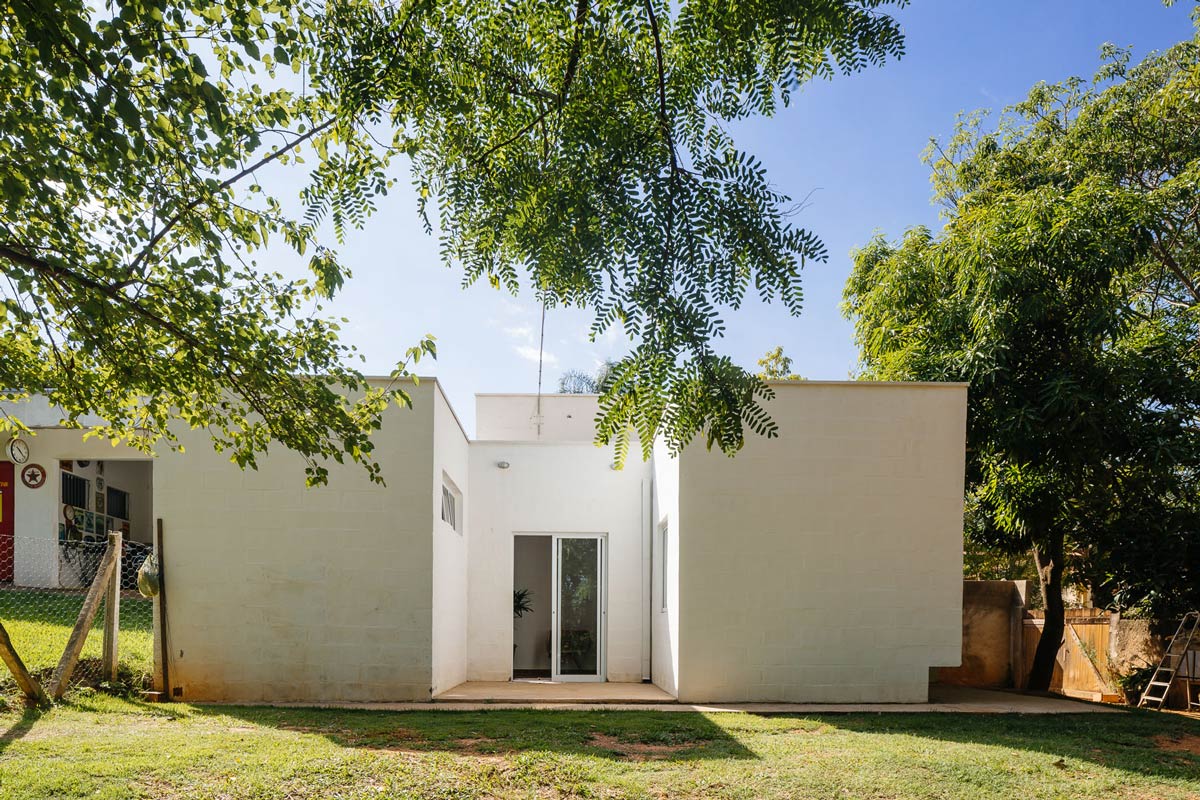 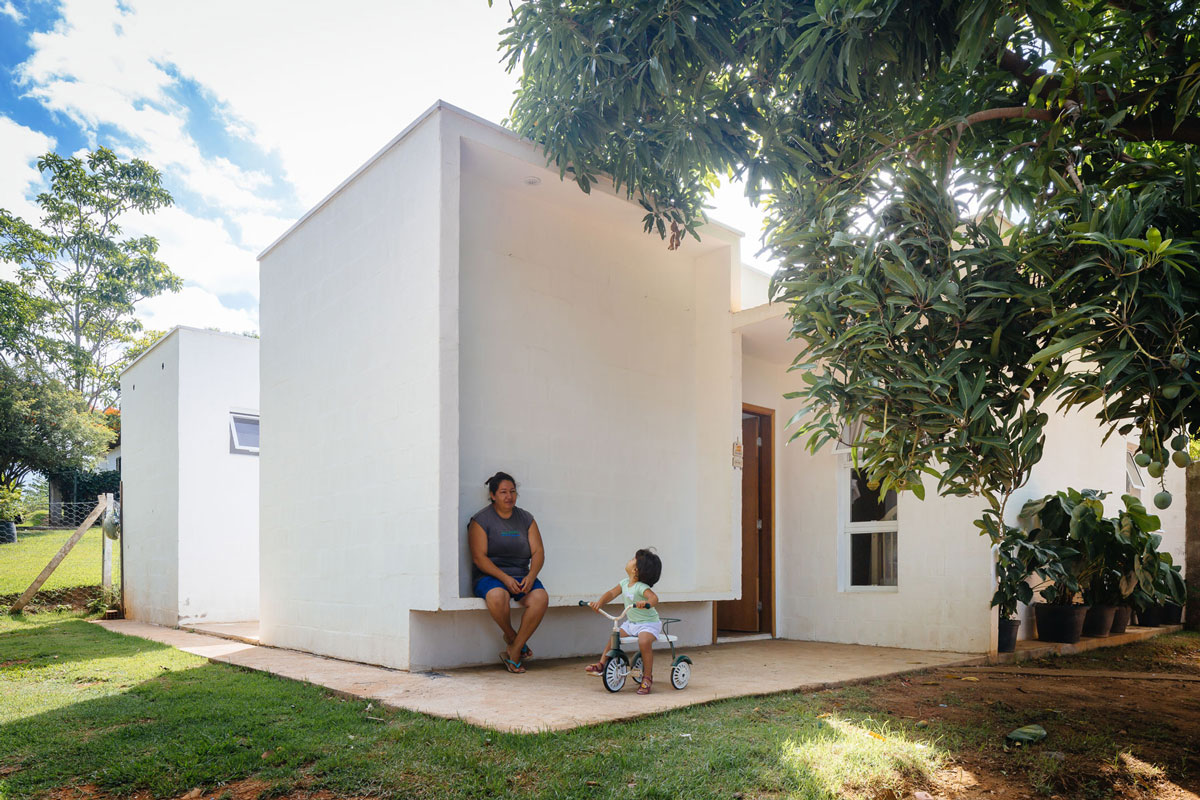 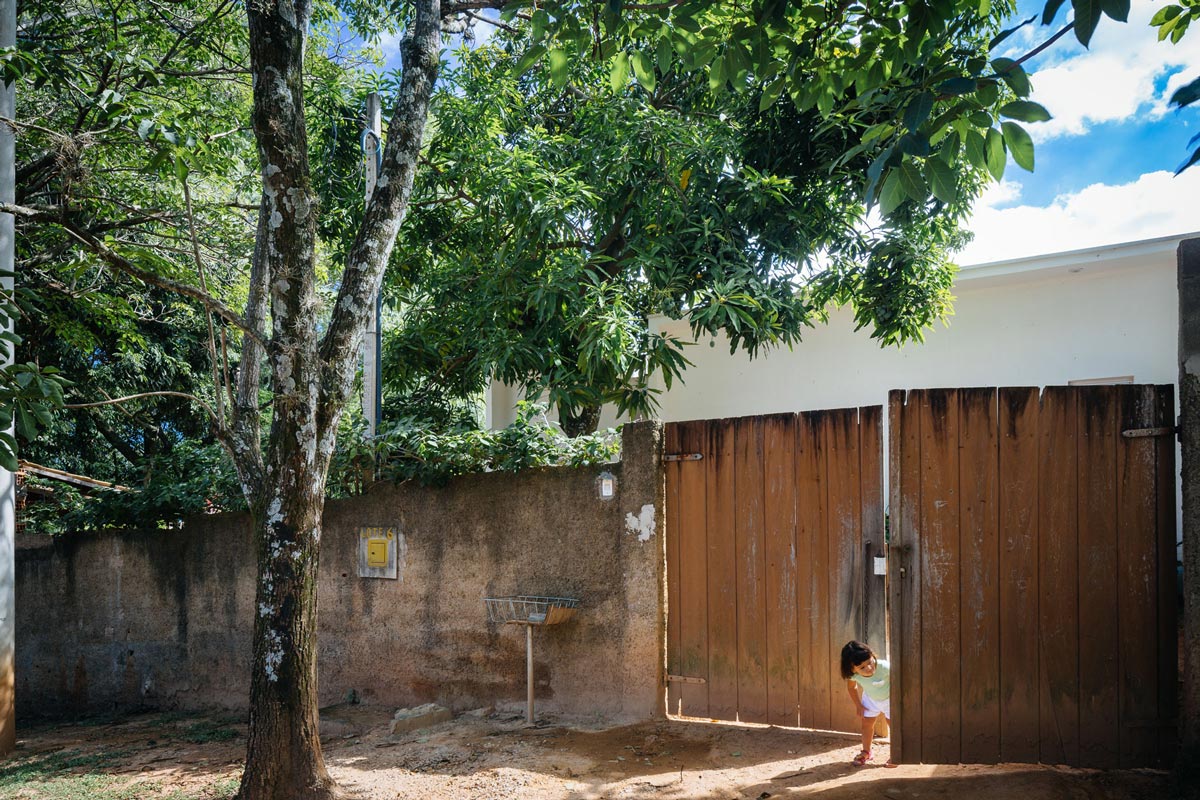 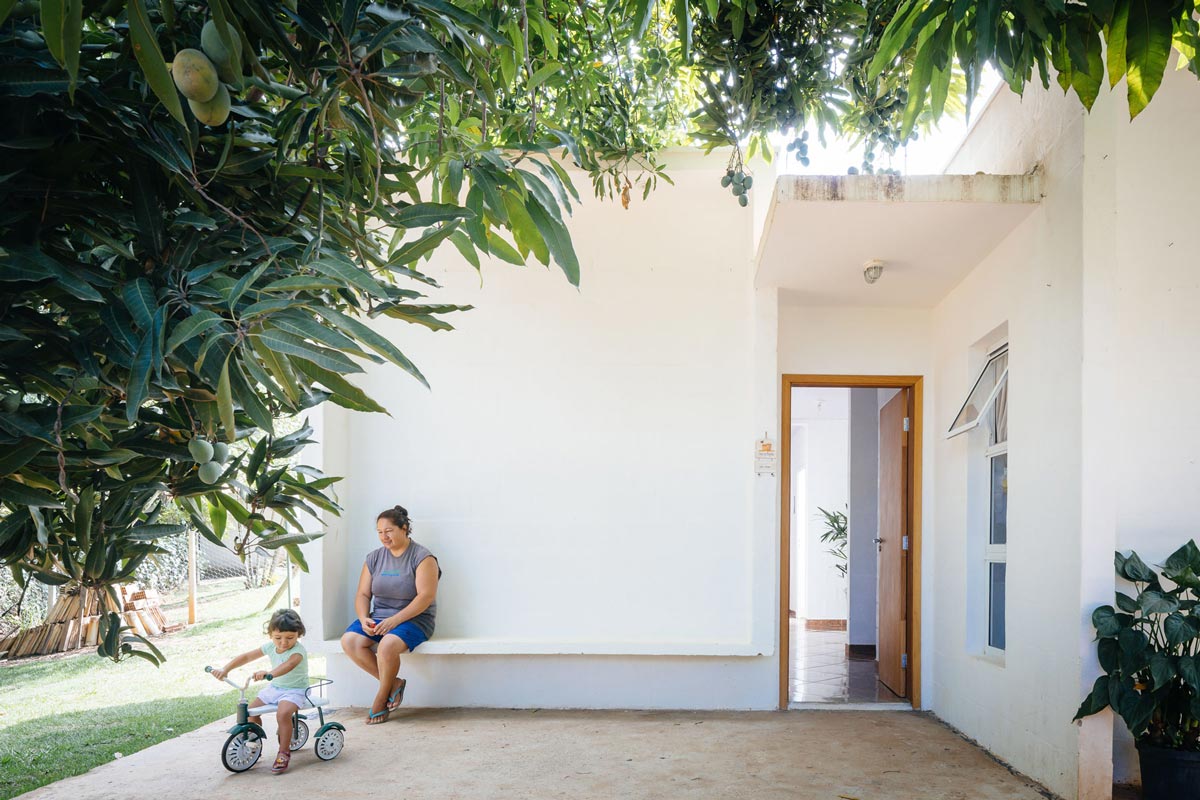 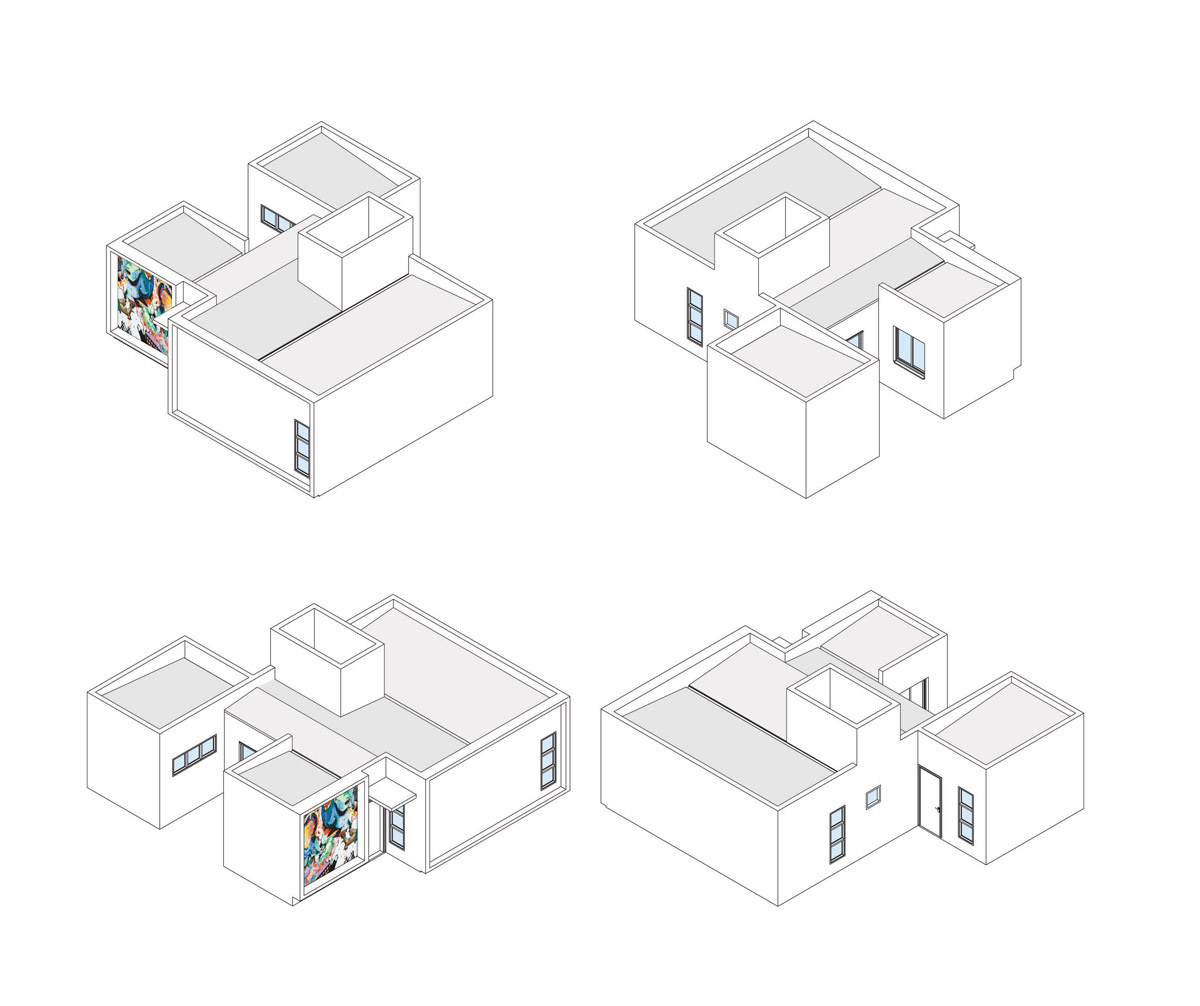 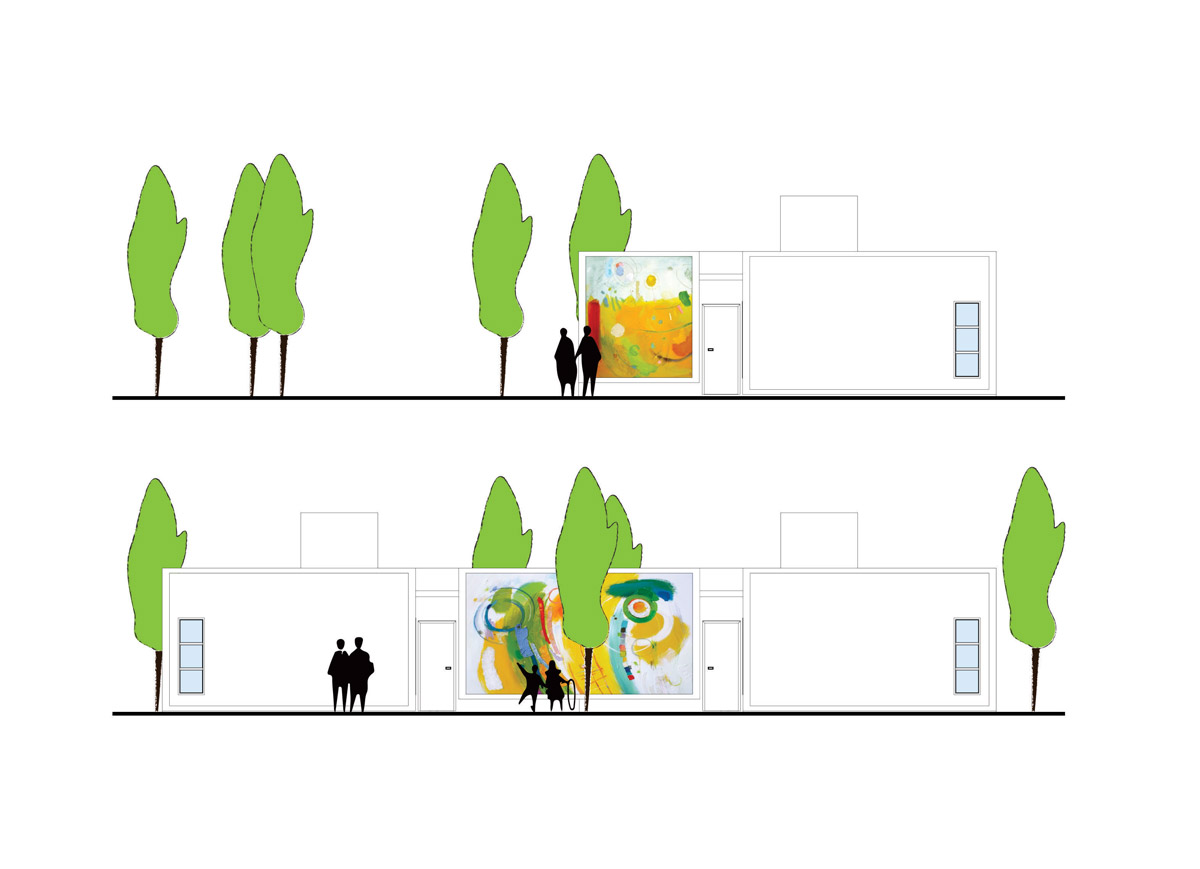 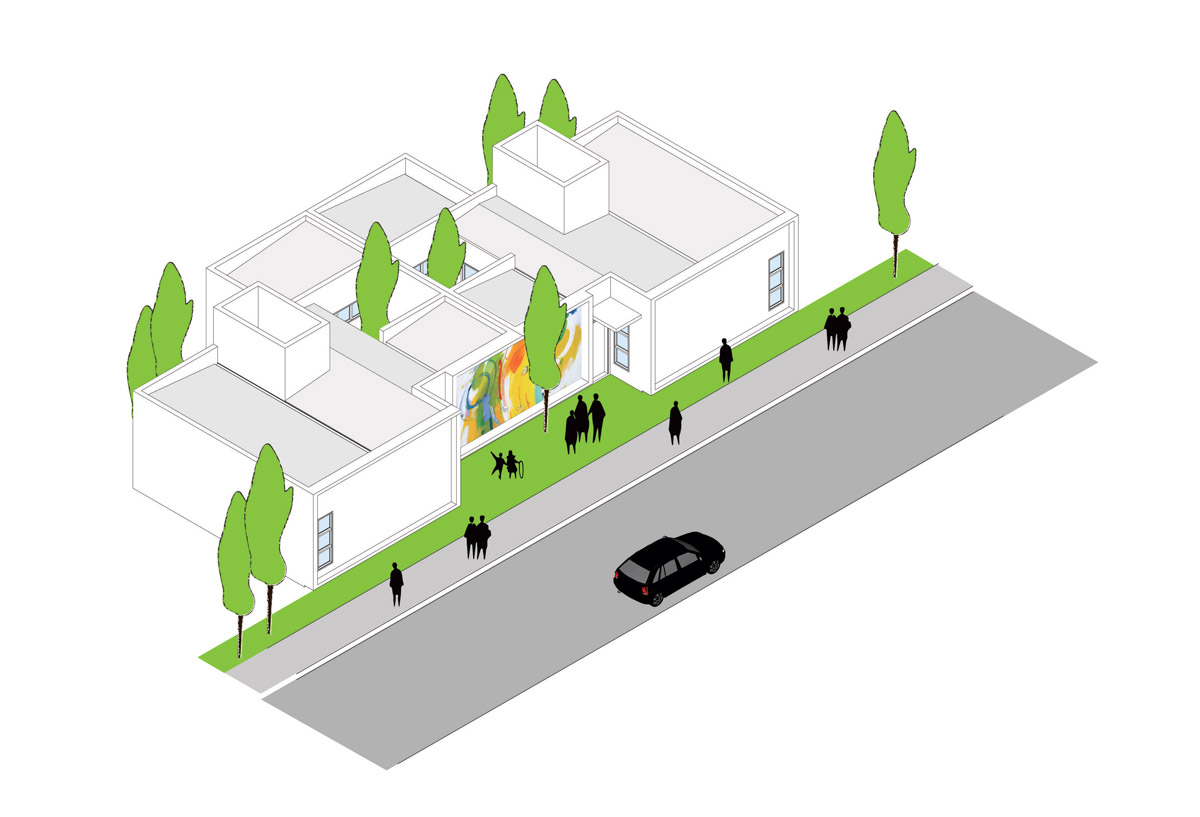 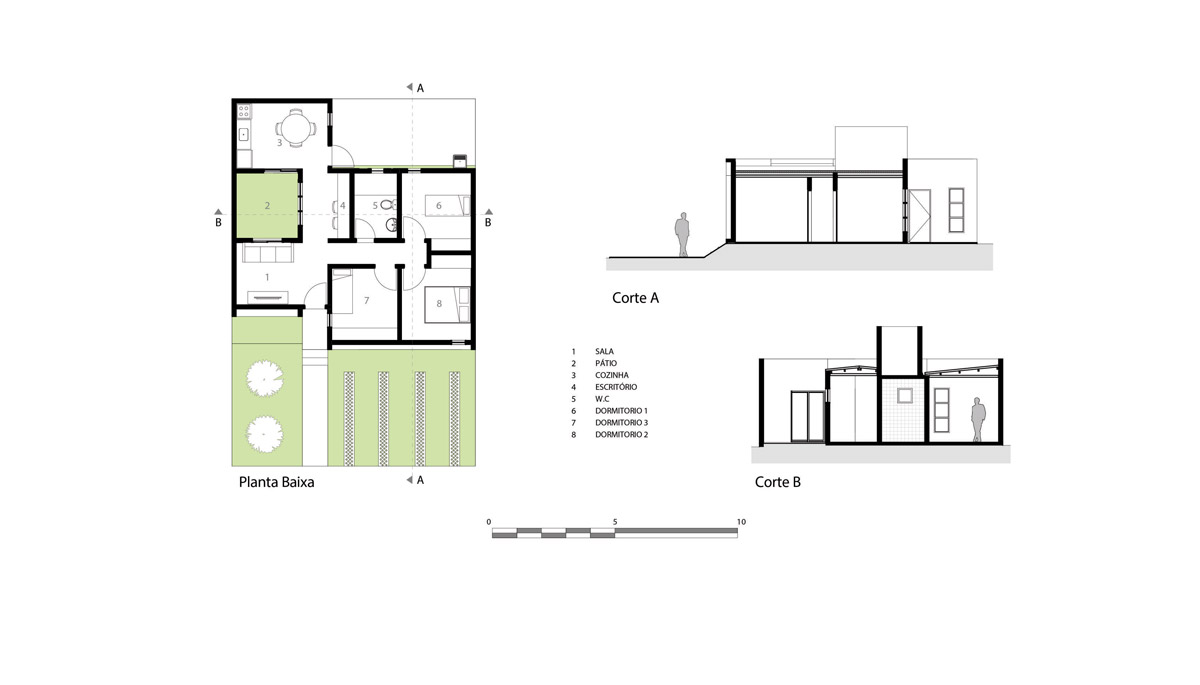 When it comes to football, Brazilians tend to be very skillful players. They know how to dance with a ball in very tiny spaces with lots of geographical restrictions and little facilities. Believe it or not, they are selling more professional players around the world than anyone else.
Brazilian architecture is quite the same. Most of the Brazilian people live in cities and towns with few large open spaces to run around. If you are playing football in tiny spaces, you will be very fit and have great techniques, and if you are designing in tiny areas, you will develop brilliant spatial skills.

“Casa dos Caseiros” was first created to answer a private order for a social interest dwelling project to be built numerously throughout some cities in Rio de Janeiro state. Unfortunately, after some time of development, the project had to be canceled by the contractor.

Originally it was designed using steel frame as the structural system, after cancellation, we have updated the whole project to use structural concrete blocks, more usual in Brazilian construction, and still a rational modular building system. The project was set aside for a while until came the opportunity to build one unit as a prototype and still be used as the home for the housekeepers of a property in a rural district from Campinas.

Initially, we determined that the house would have 70sqm, enough to provide users better quality of life (Brazil´s federal government has delivered homes with approximate 40sqm in social housing programs as Minha Casa Minha Vida -literal translation My House My Life- without expansion possibility).

The original design aims to rescue street interaction and conviviality stimulation between residents of the same neighborhood. A frame at the main façade creates an extensive masonry bench next to the sidewalk, creating a favorable permanence place. It's almost an attempt to rescue smaller cities traditions where people put chairs on the sidewalk and enjoy as time passes, watching children playing on streets.

The house design is very simple, yet it ensures efficient lighting and natural ventilation in social and service areas. A patio located strategically around the kitchen, office and living room, brings light and air renewal to the more permanency home environments. The courtyard is the guarantee that even with a house attached on its side the project will still have all natural resources necessary for its residents.

Two important decisions were taken in order to reduce building costs: Eliminate the roof slab and the exterior and interior plaster. Instead, we used roll texture applied directly on the block and a PVC ceiling system together with cement roof to function on an interim basis as insulated roof and slab. A site with many treetops around contributed to preventing overheating inside the building. With good quality concrete blocks it was possible to let them apparent, reducing paint costs.

After completion, we saw ourselves encouraged by the remarkable increase in the quality of life of Casa dos Caseiros residents and since it is difficult to low income population to hire an architect to design aesthetically pleasant and functional homes, we have decided to release the project as an OPEN SOURCE project. We will provide the project free of charge on our website, as a way of democratization of ideas to be improved and adapted by communities.

We believe that the idea of a network of good projects will inject into the market ways to overcome economic barriers and distances between architect and final client. We lack new typologies and best urban insertions.

It is very important to remember that adjustments are necessary since the project will be built in different bioclimatic zones, building systems, topography, rules, and regulations.