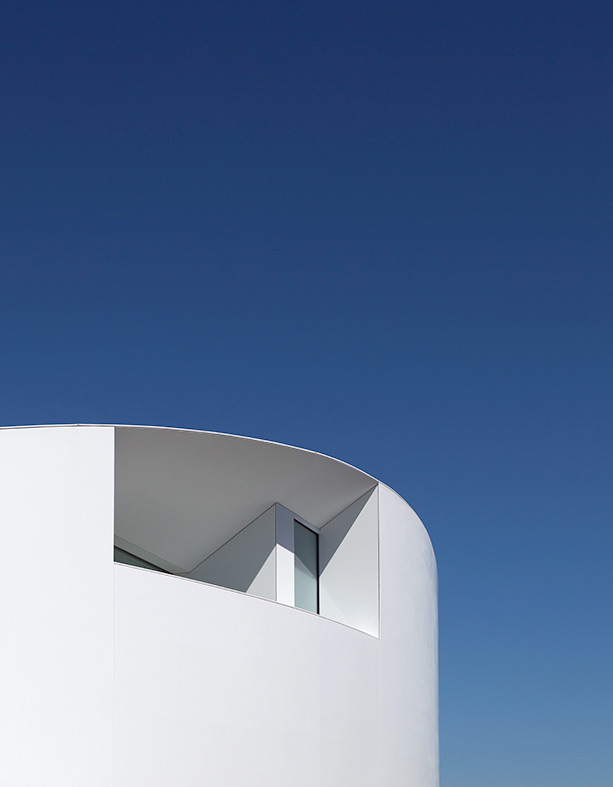 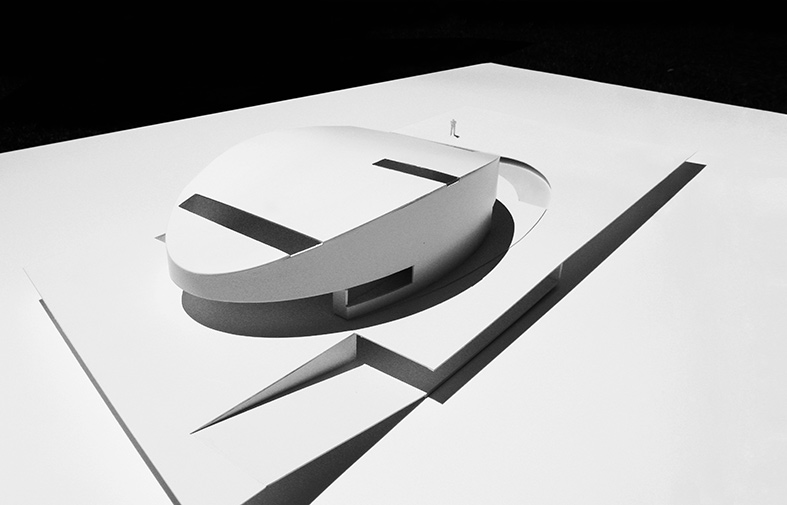 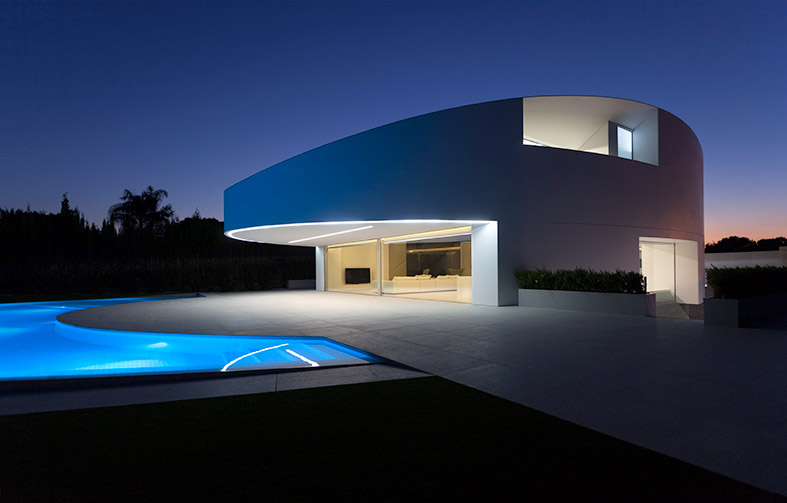 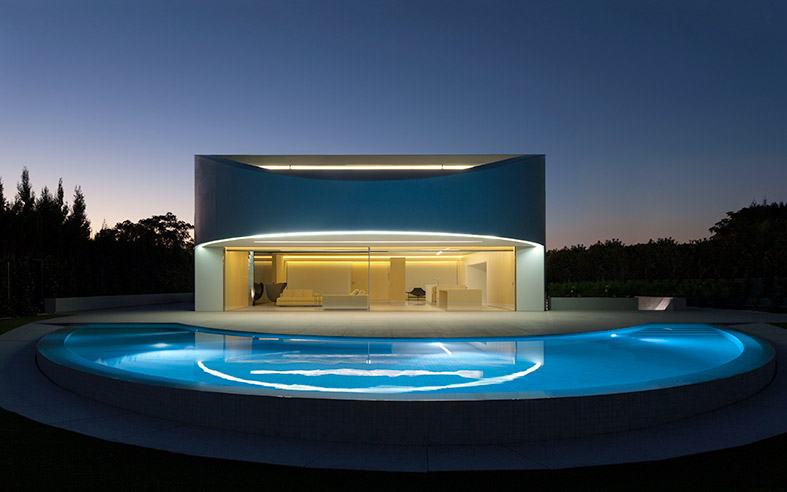 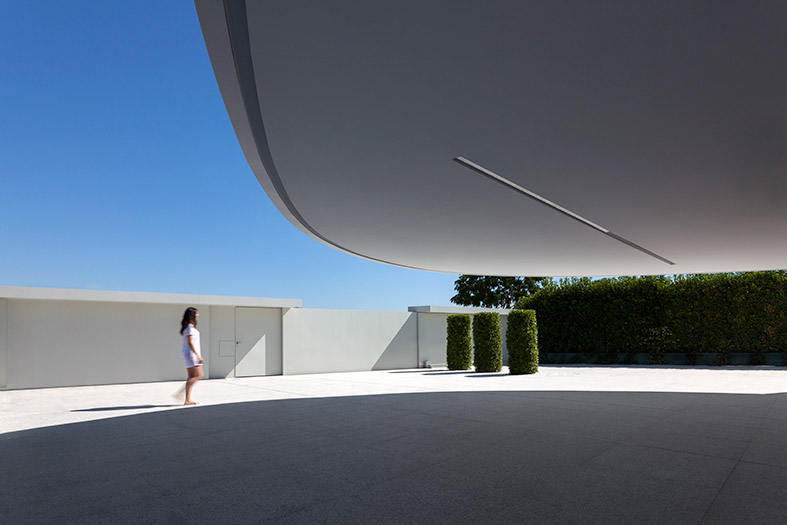 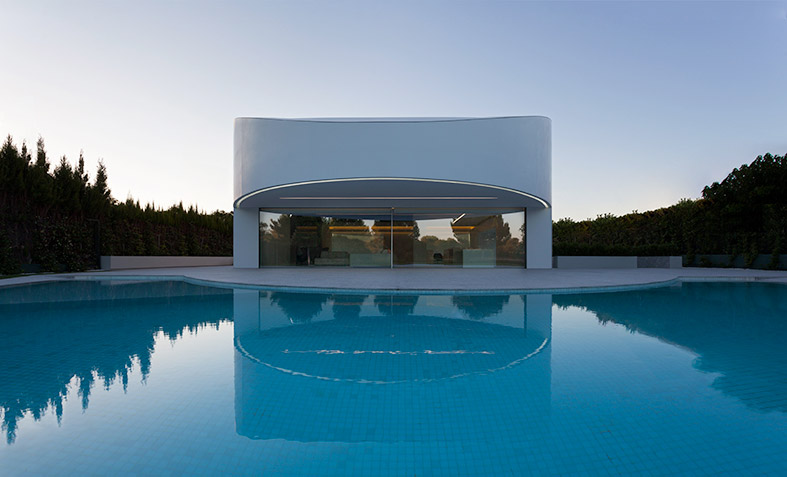 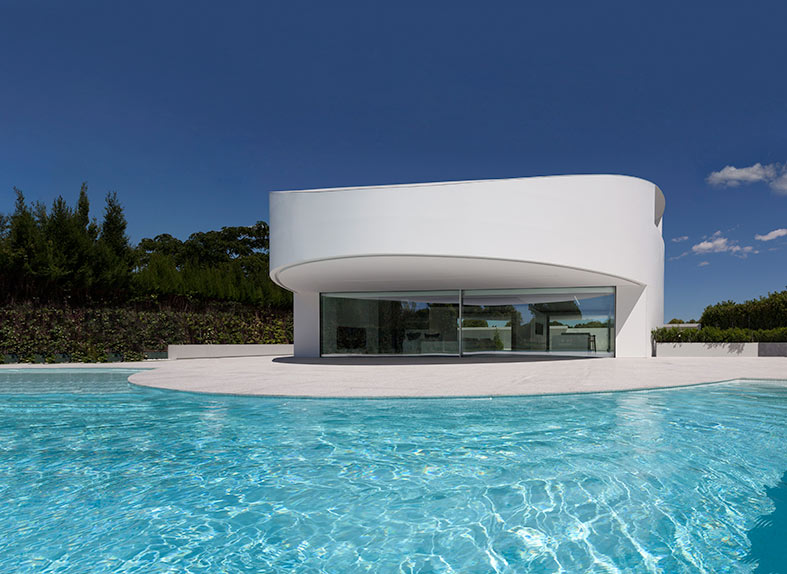 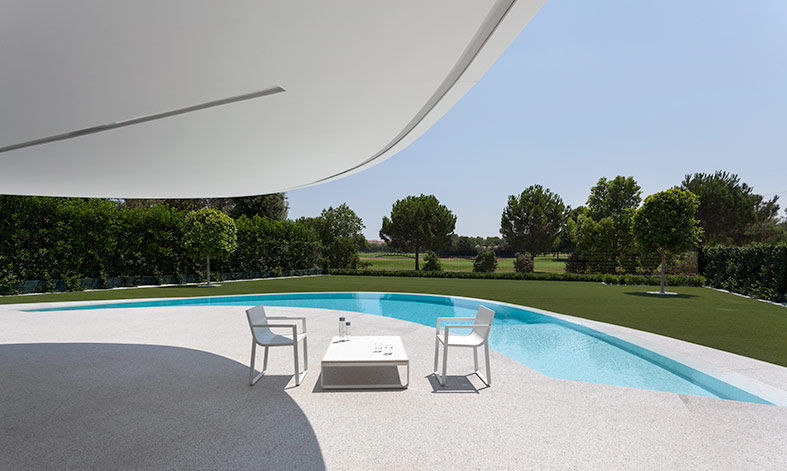 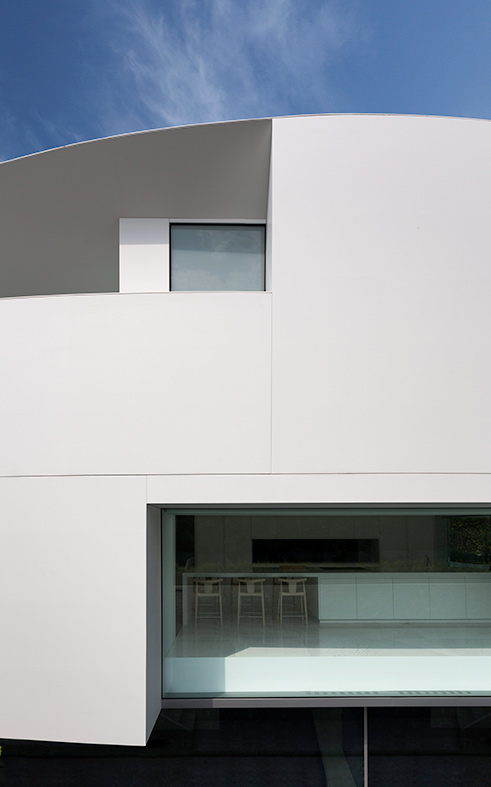 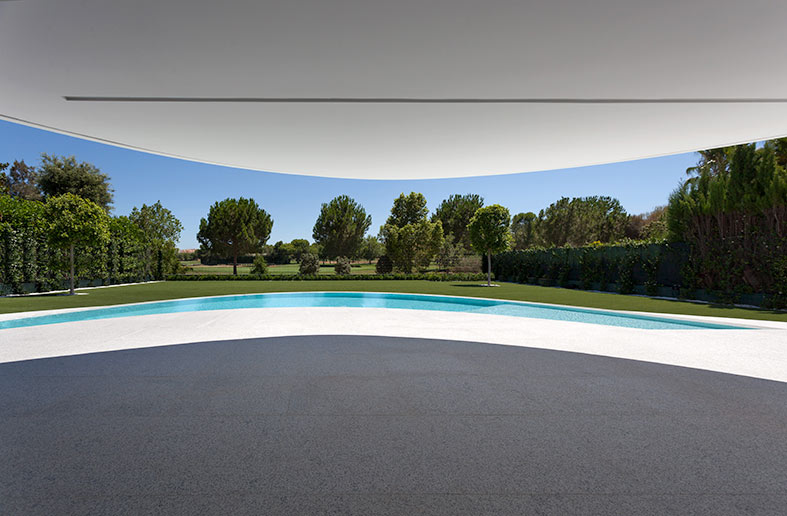 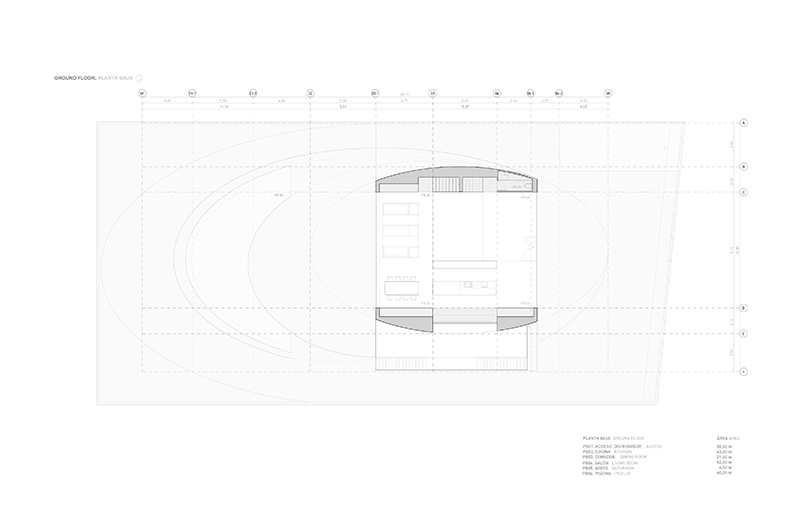 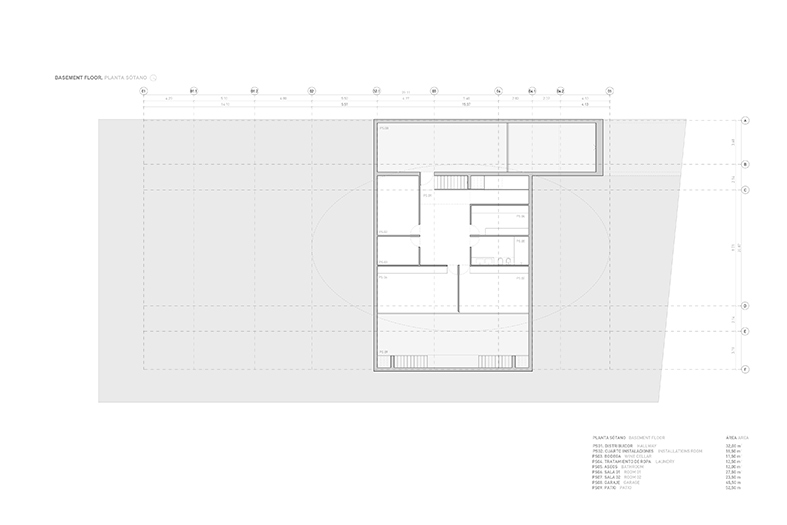 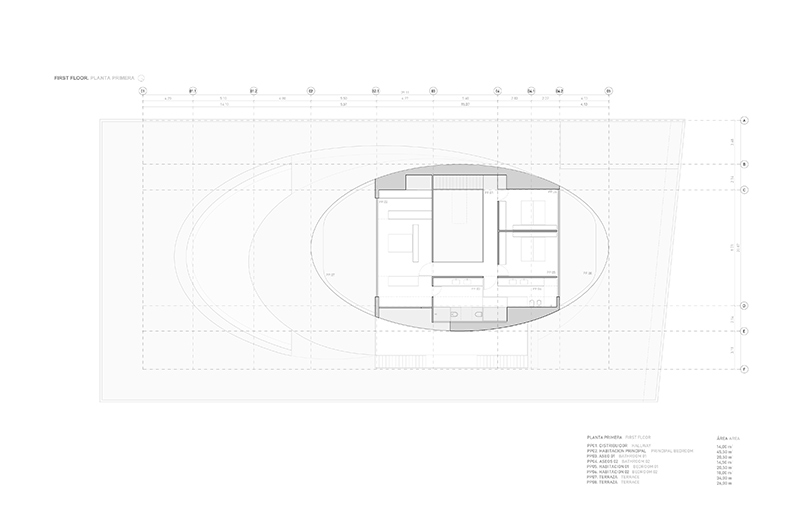 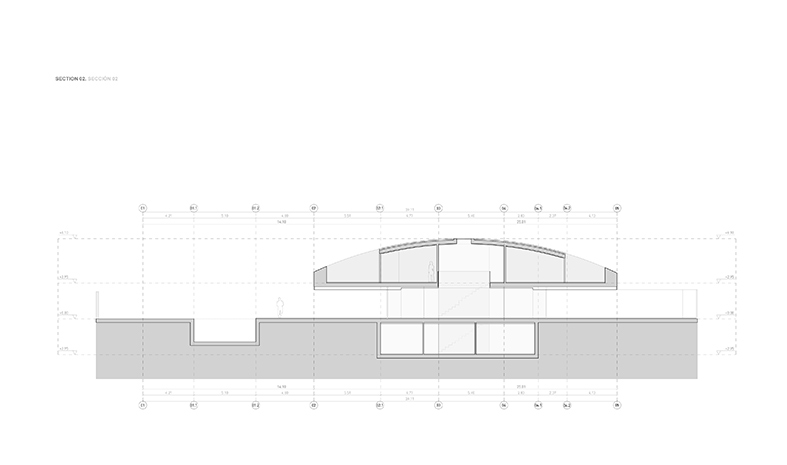 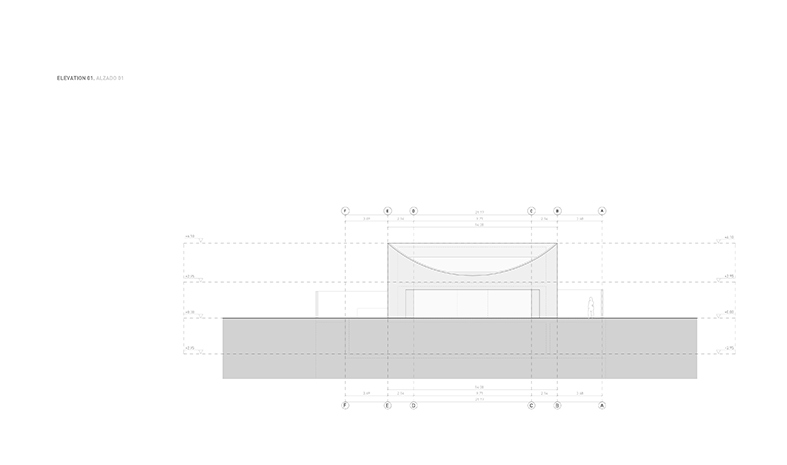 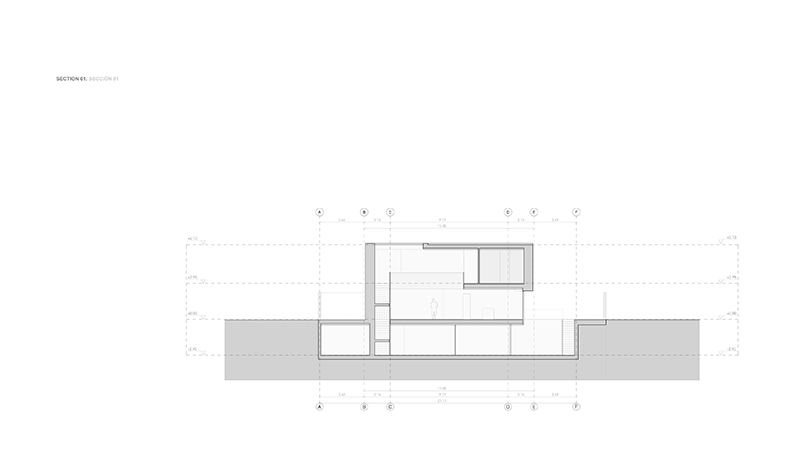 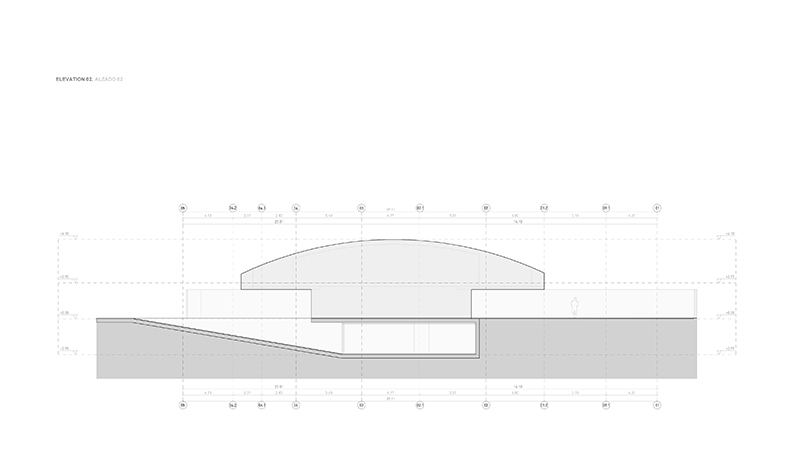 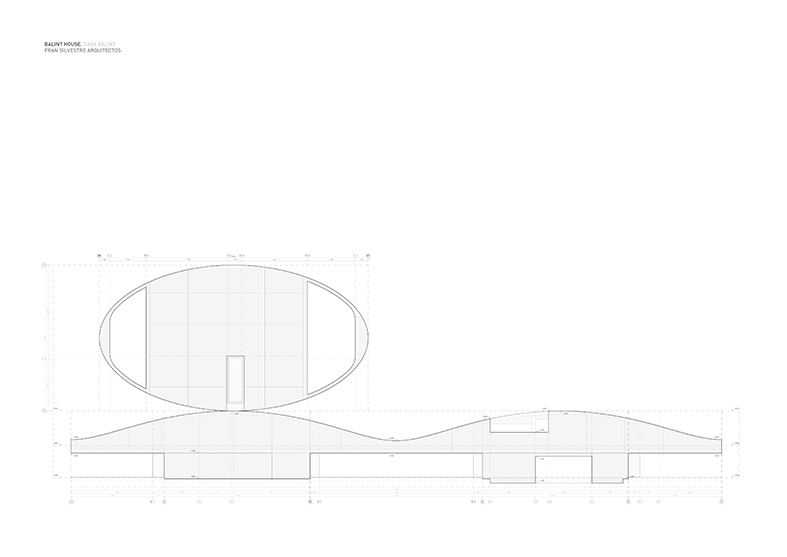 A privileged place within a golf course near to Valencia is the starting point of this project.

The proposal is drawn with elliptical traces which contain the program and maximize the possibilities of local urban law by minimizing the volumetric impact on the site.

In this project, we purposely avoided generating a geometry which was parallel to the limits of the rectangular plot. Instead, we reached towards the fiction of building a villa within a plot with no limits, even inside the golf course. The elliptical form gives a bigger continuity to the façades, losing the idea of separate elevations – north elevation, south elevation or other... Thus, a piece with a continuous façade that seems to lodge only one floor is set on the site. The use of this elliptical dome-like mechanism admits a large inner volume of two floors, without the villa hoarding the plot's outer space. In section, this form provides an alternative to the two-sloped roof houses that already existed in the area.

The aerodynamic visuals of it guide the eye towards the deepness of the neighboring landscape. The villa is to some extent visually aerodynamic, while its geometry allows it to work well from a hydrodynamic perspective. The surface of the façade is minimum and contains a maximum inner volume, adding a high energy efficiency to its many perceptive qualities. The possibility of using the new system of curved ventilated façade with solid surface was also a motivation to work in this direction.

Within the inside of the villa, the most important matter was to “square the circle”. In this case and in order to achieve this, service areas were attached to the limits of the ellipse, as a strategy to shape the requested orthogonal inner space. We had always desired to work with this geometry, but it was essential to first find the place and client where it could work. We are very satisfied of having made this come true.

The volume is placed leaving as much free surface as possible towards the southern edge of the plot for it to be used as a garden, while the lateral limits are blurred with vegetation. The other elements that compose the urbanization resemble the curved nature of the place's topography.

The inner space of the house is articulated through a central void which contains communications. Service spaces, installations and the kitchen are used to orthogonalize the curved trace of the lower floor, which opens to the garden. The upper floor with the rooms and the underground, opened to the patio, provide the house with more bounded spaces.

Four concrete supports on the lower floor hold the arched roof, from which the room's floor hangs. This structure is covered by a monolithic, ventilated façade, which is realized with a Solid Surface with a simple curve that doesn't require thermoforming to adapt to the geometry of the piece. The rest of materials used in the construction range from white to black, covering all scales of grey.

Other explanations can be superposed to this description, as the carpet of light which transforms the inside of the house as the hours go by. 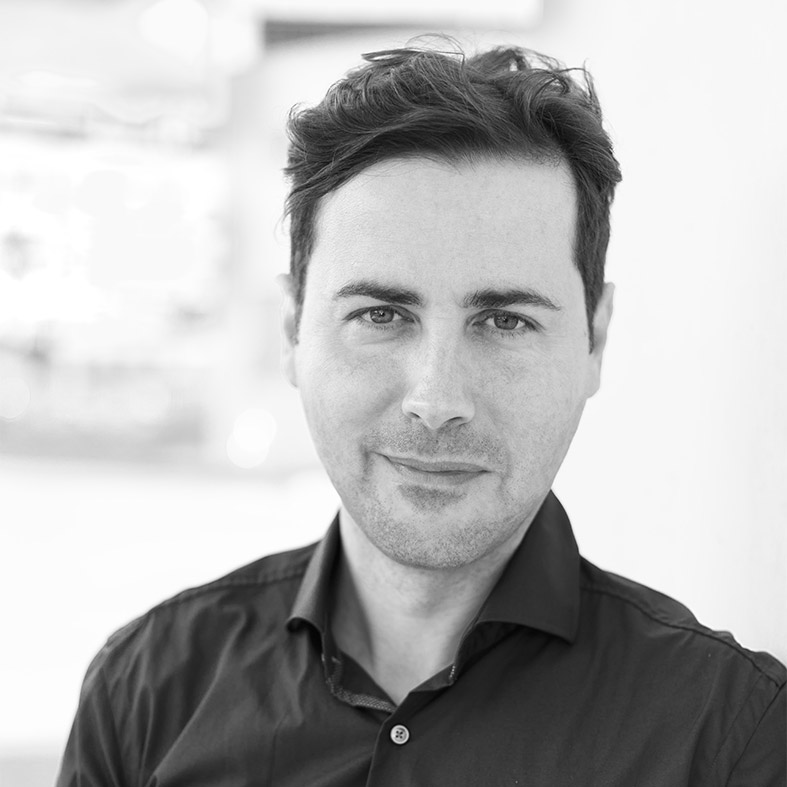