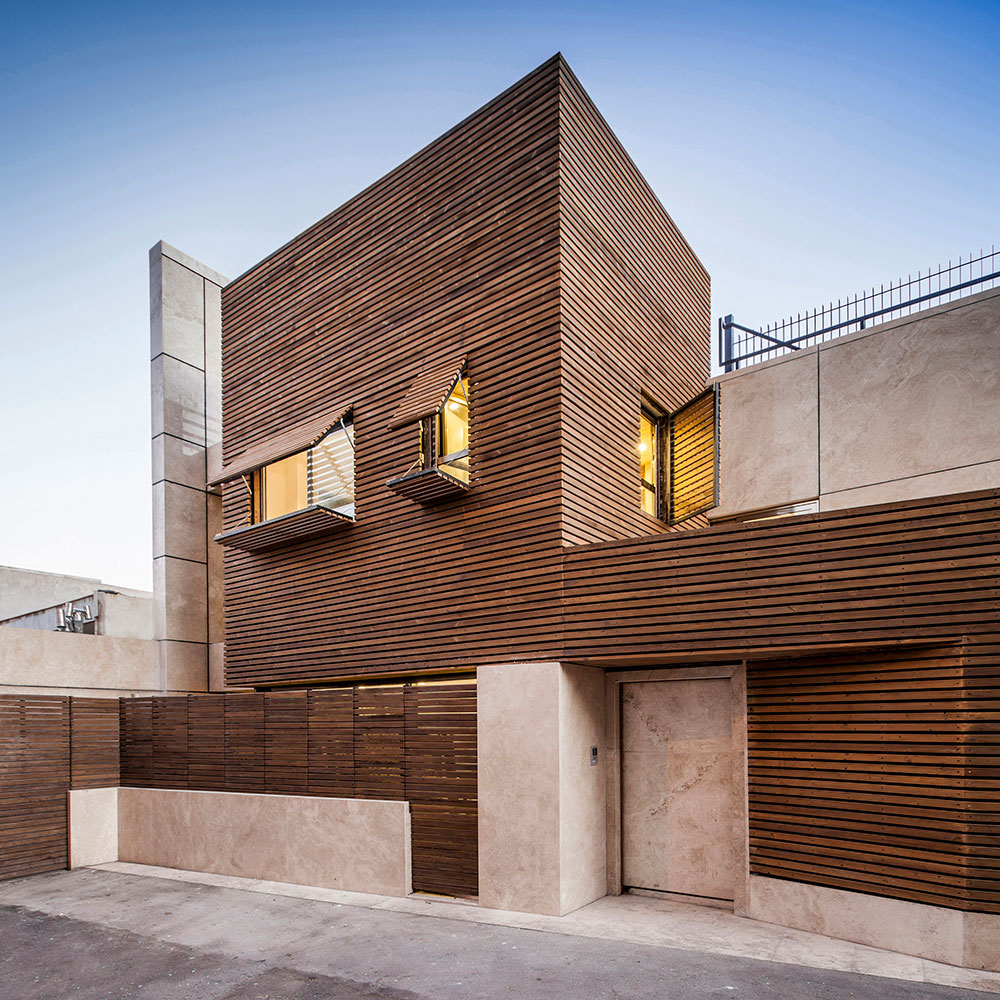 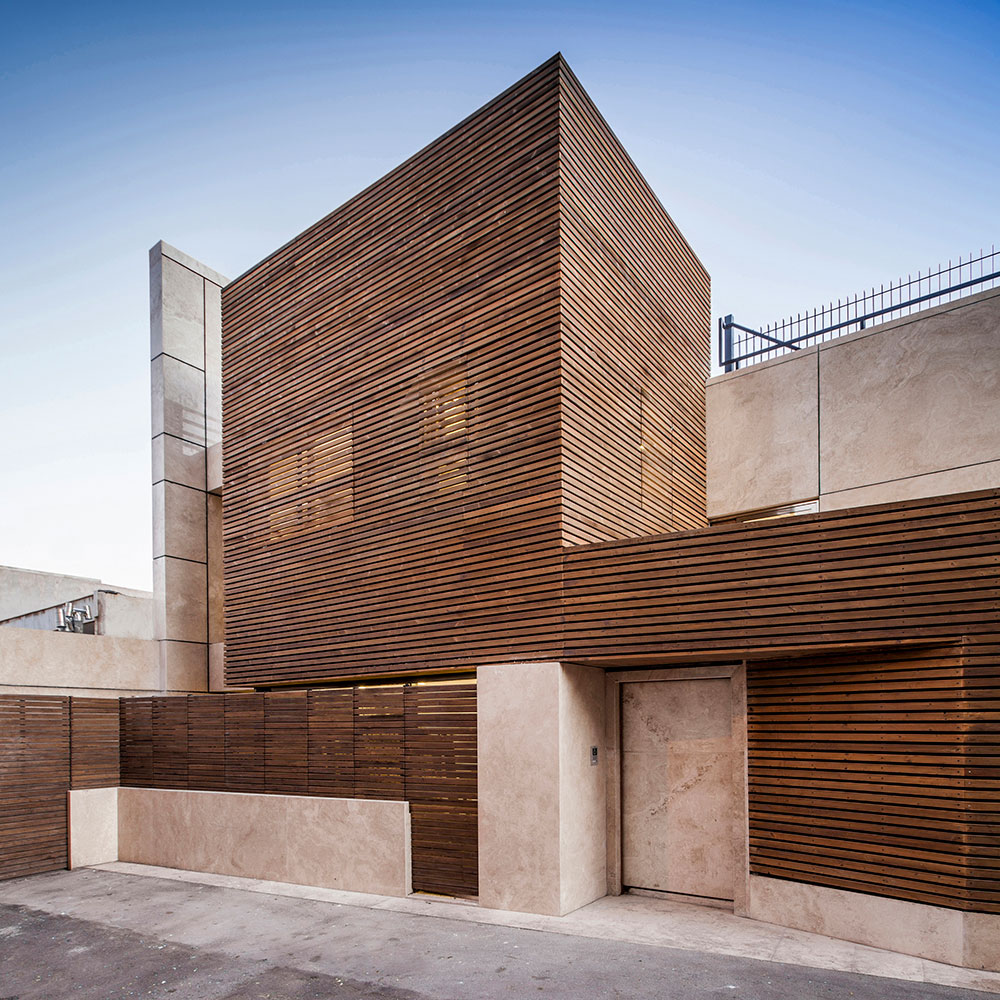 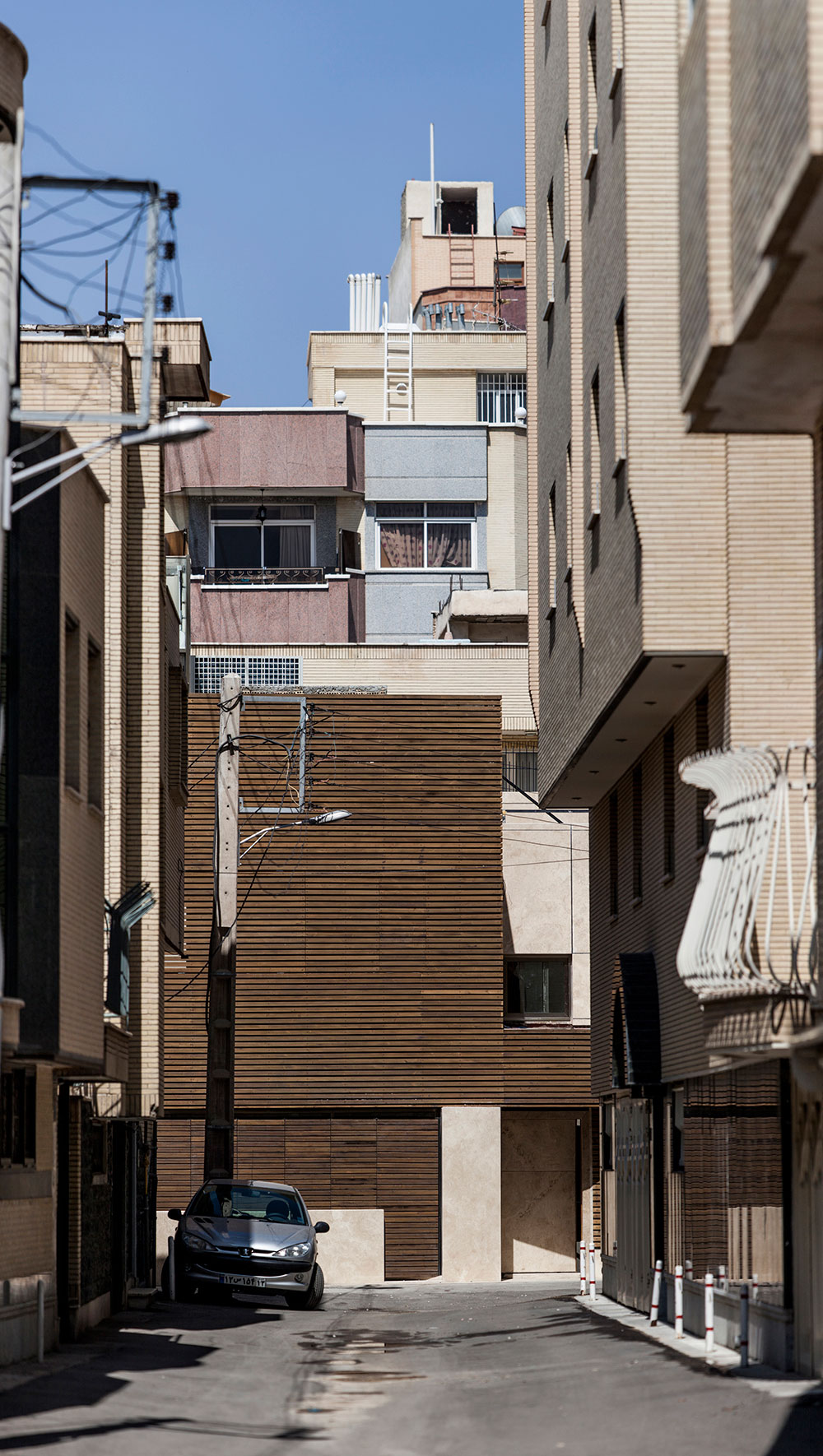 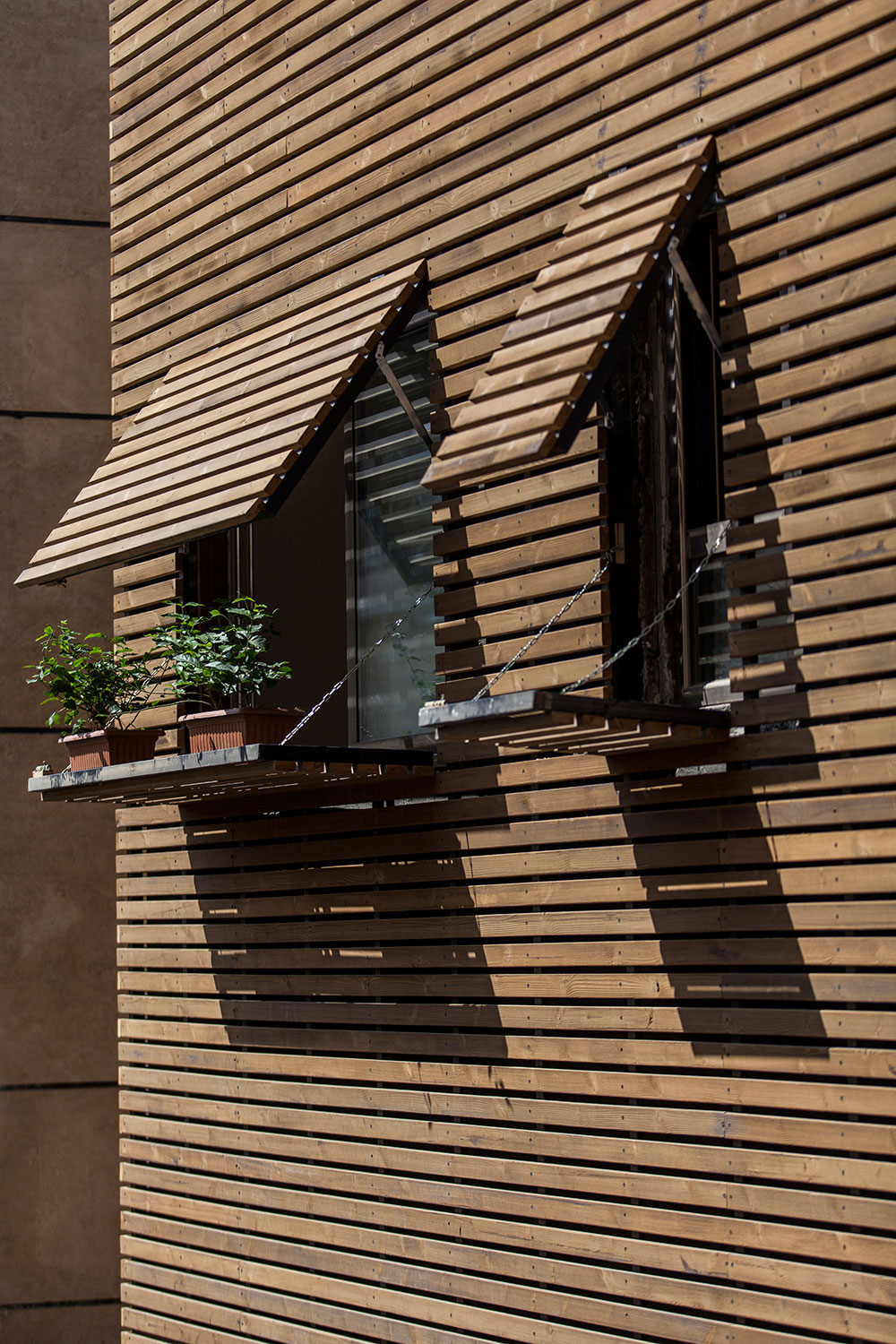 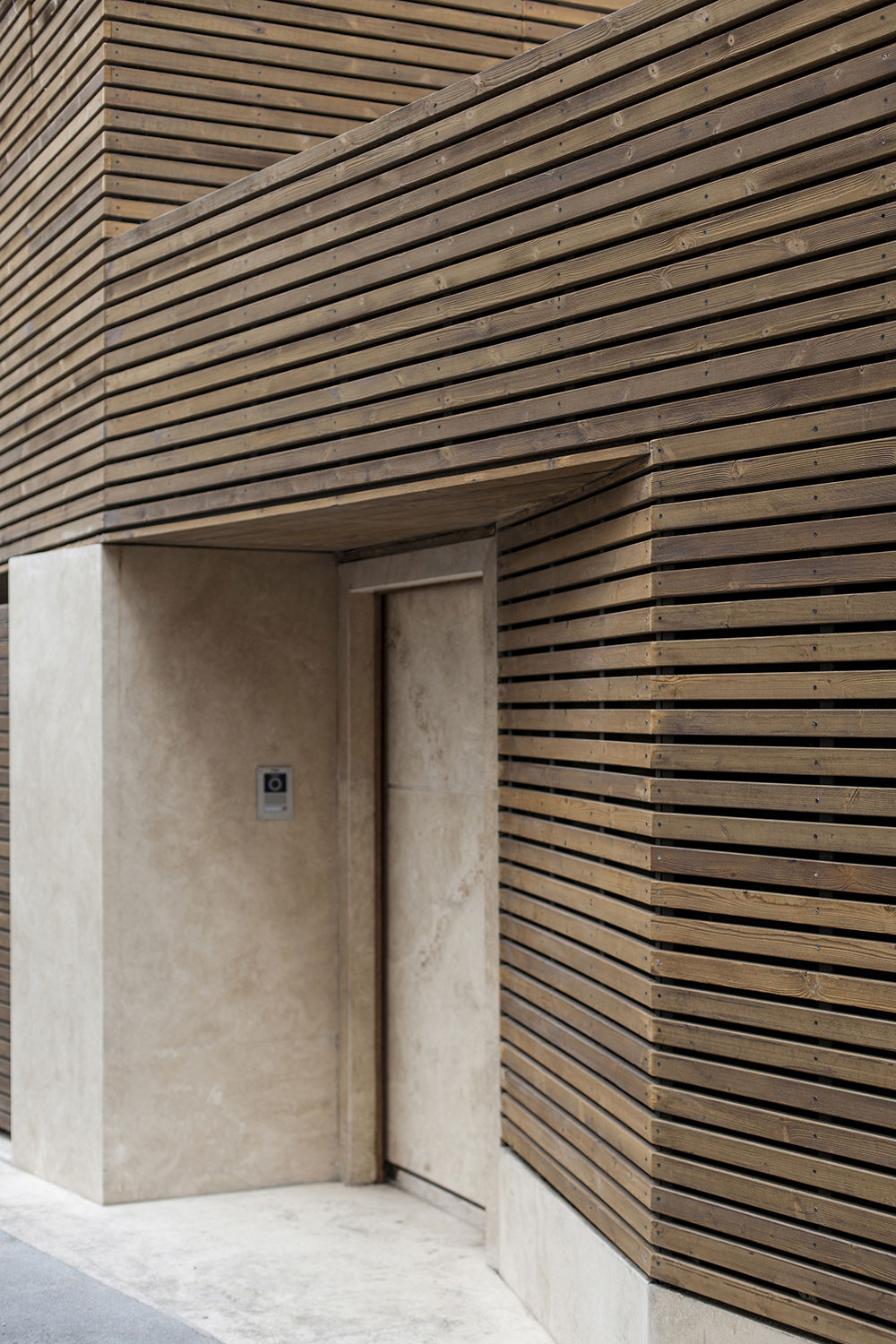 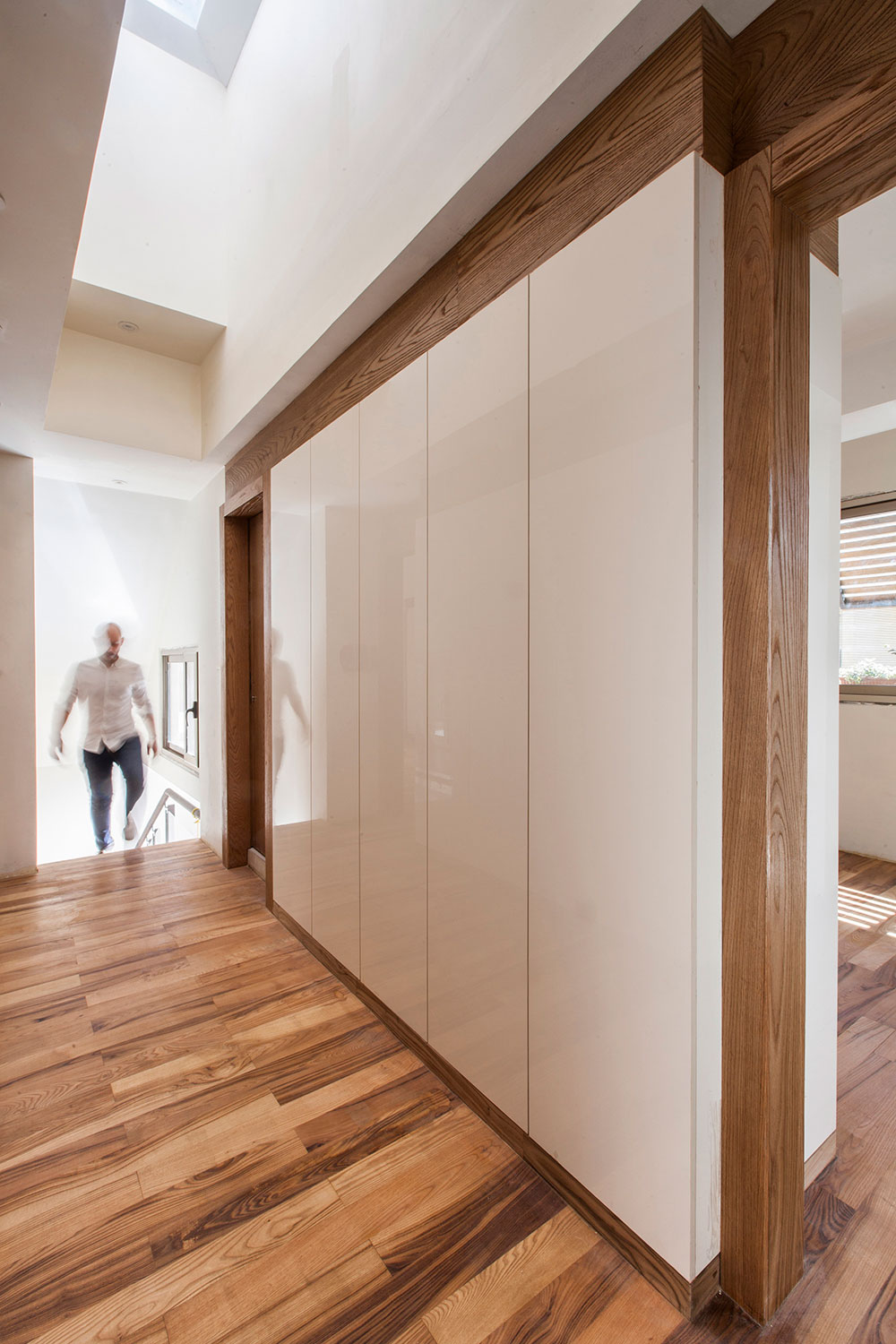 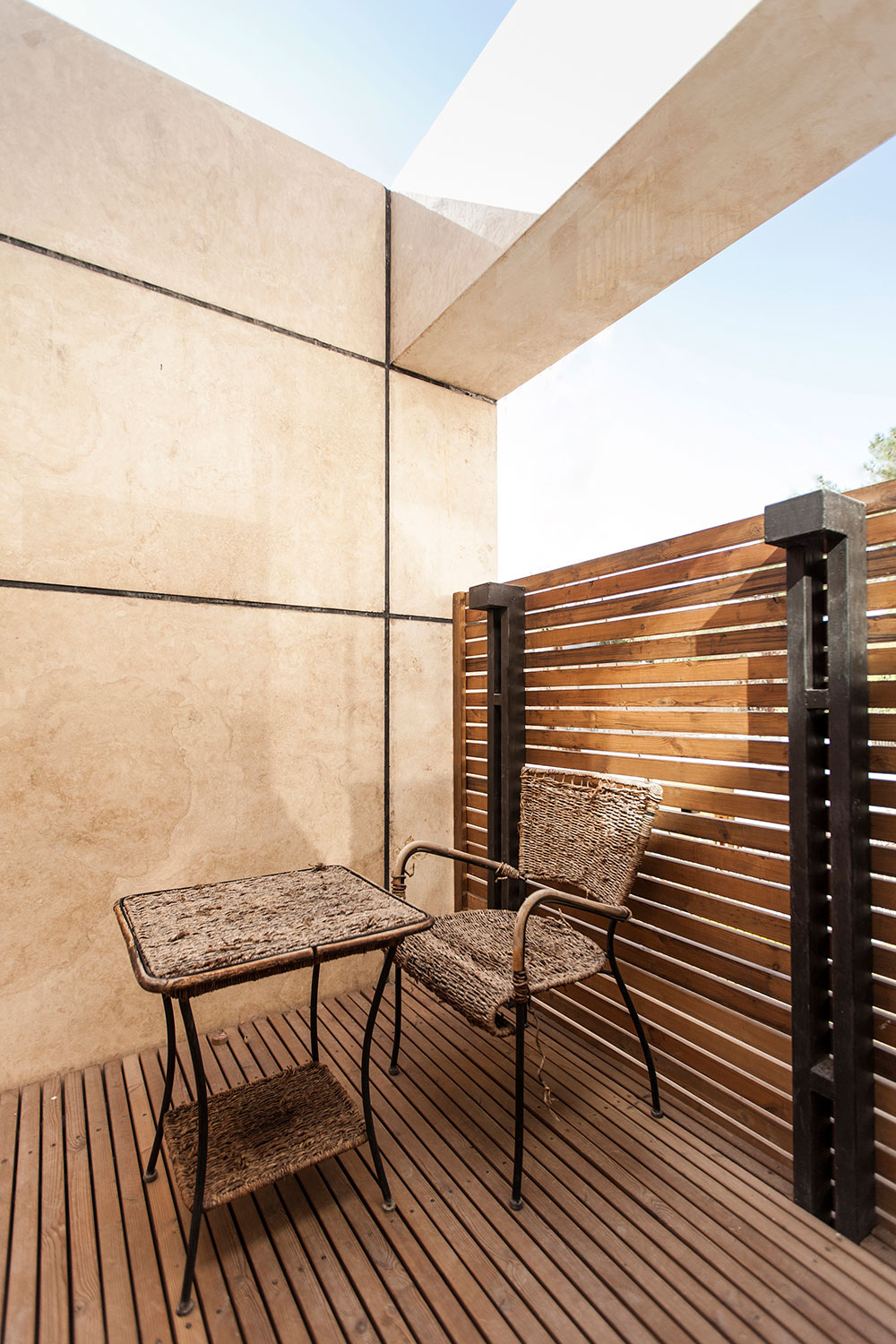 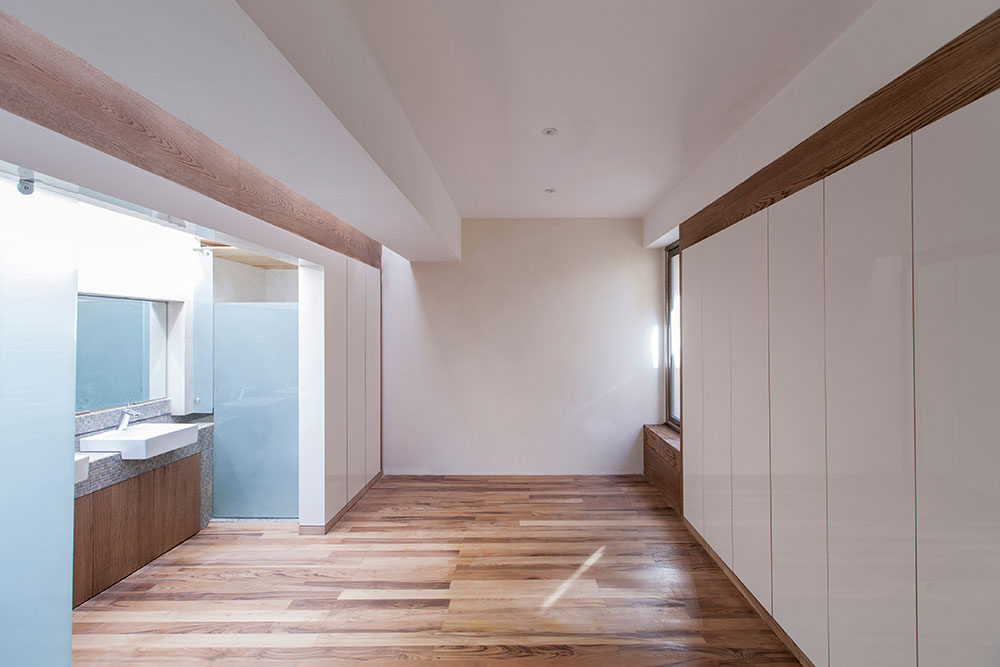 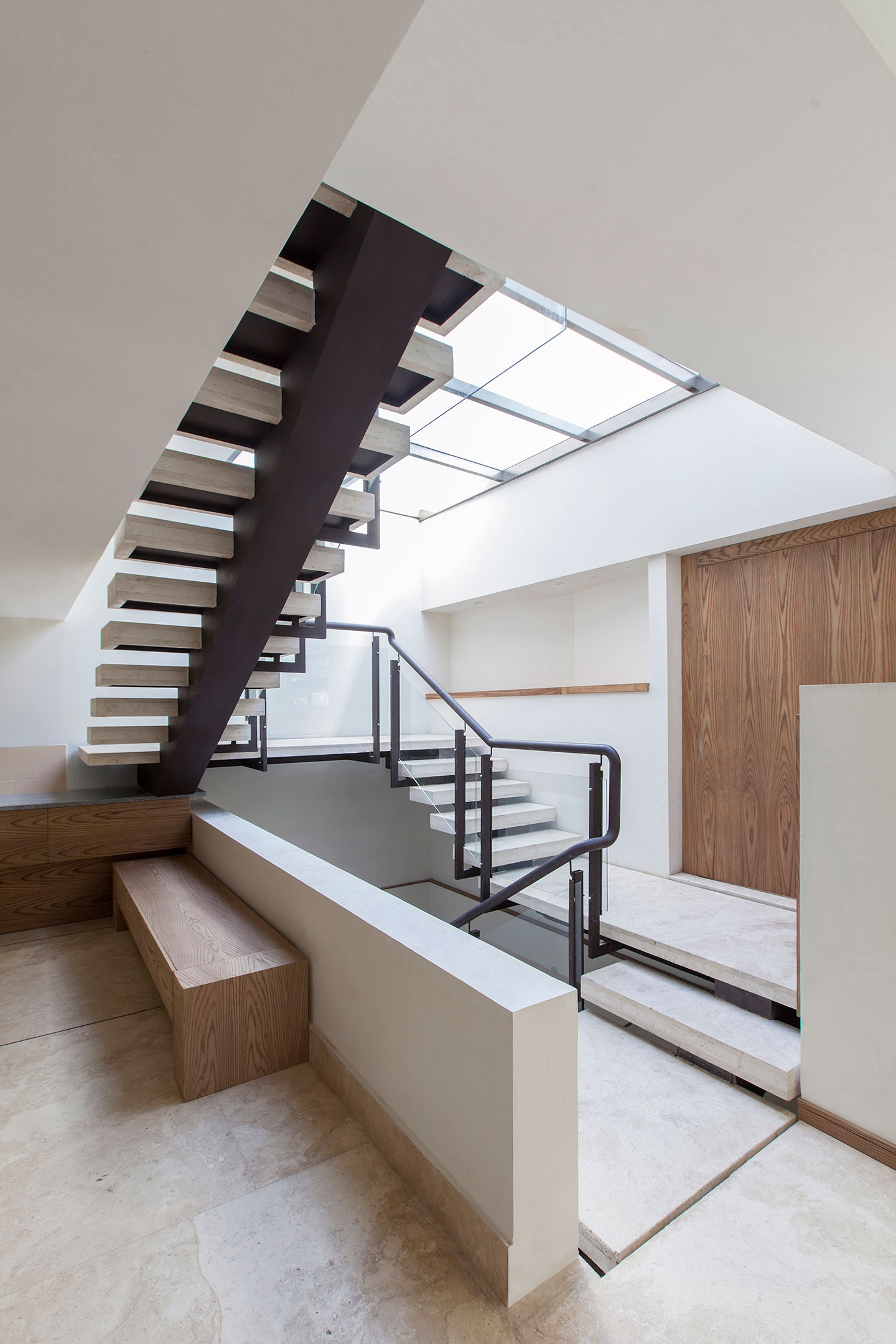 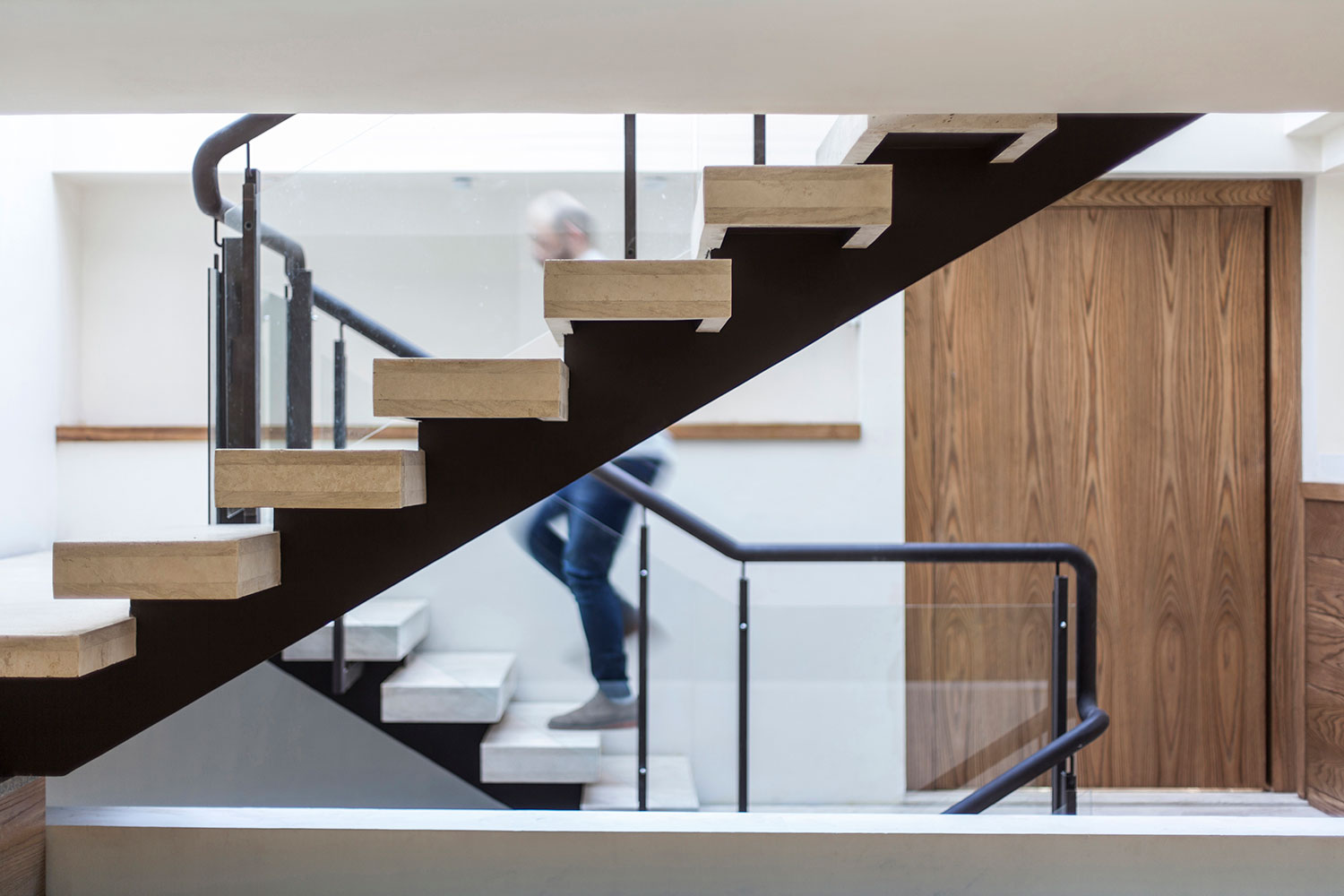 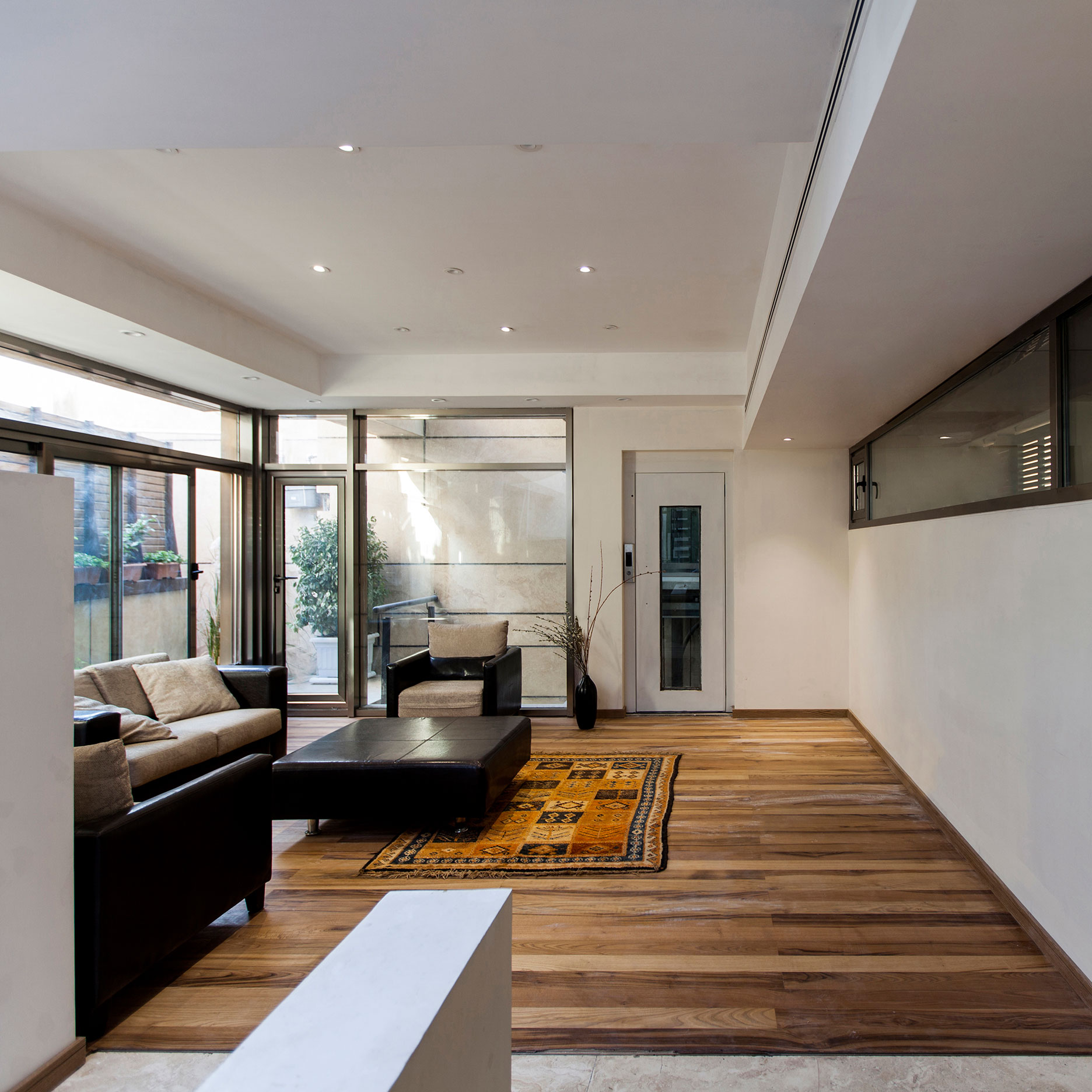 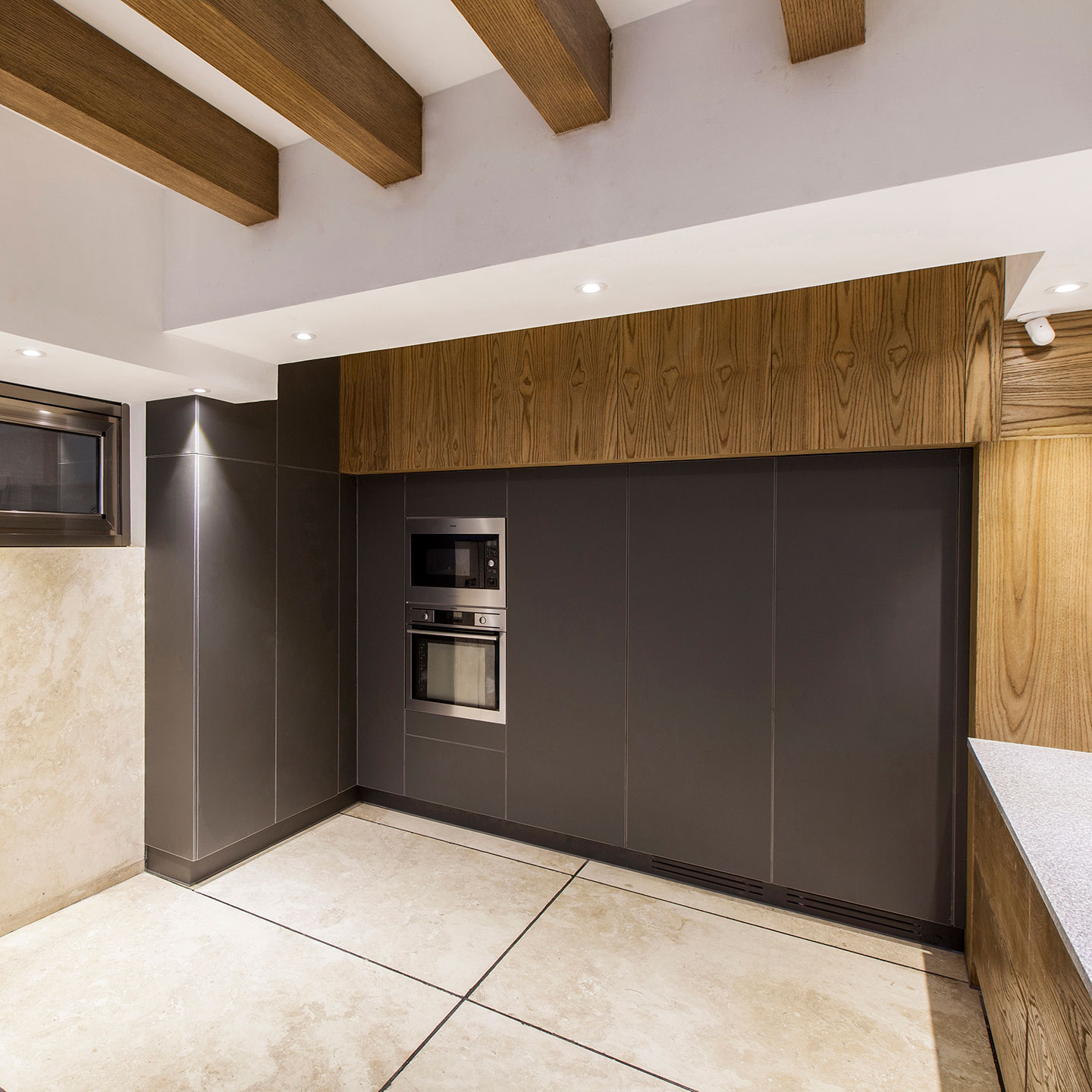 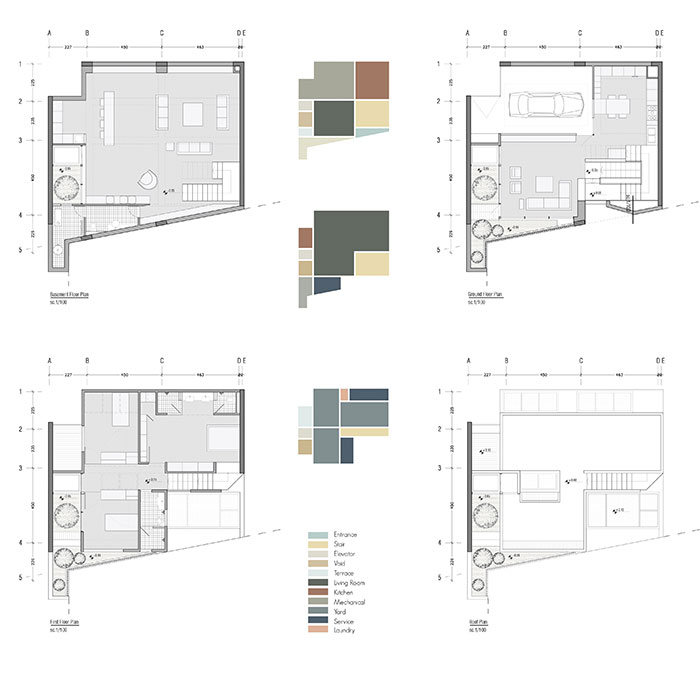 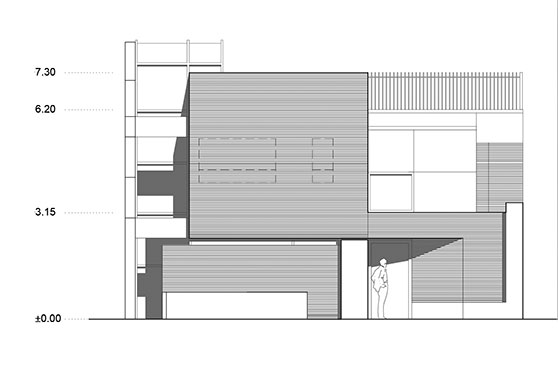 Bagh-Janat alley on Abbasabad district is one of the oldest wealthy neighborhoods in  Isfahan. Nowadays it is really hard to trace the old big green gardens and palaces there as all of them have disappeared and turned into modern apartments during the past 50 years of modernization only producing a mixture of heterogeneous buildings with different styles, heights, and densities. Among these dense buildings, it is hard to find a single housing or a small lot to develop and Bagh-Janat is one of the few.
This three-level building complies with the height limit of 7 meters and appears one story high above the ground.
The mass of the building is shaped according to the design codes, regulations and constraints, in order to provide desirable light and privacy. The setback on the upper stair -as a response to regulations - defines the entrance on the ground floor and enhances the continuity of the building façade in the alley. The building receives proper daylight from northern and western voids and also from the setback on the second floor.
The path in the northern and southern part of the site is connected visually by making a gap between the building and its west wall. Moreover, such an opening provides light for interior spaces while the windows in the façade provides air conditioning on the second floor as well as an extension of inner view and light on the ground floor.
Located at the turning point of the alley, the site was likely to lose privacy due to the adjacent buildings. The dominance of their view to the inner spaces and the need for creating an introverted place for the client necessitates its semi-transparent façade. In continuation to the brick lines of the neighboring buildings, the wooden stripes covering openings and windows combined with the light crème travertine all fit in the context. 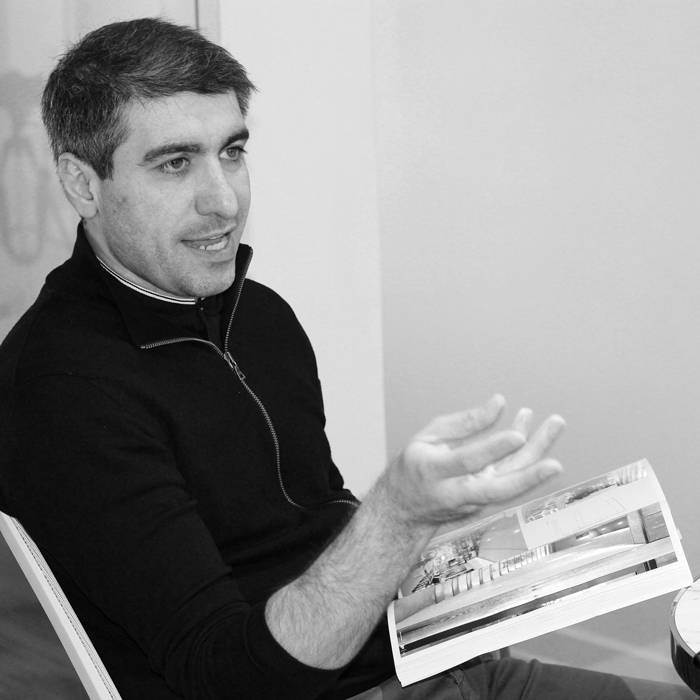