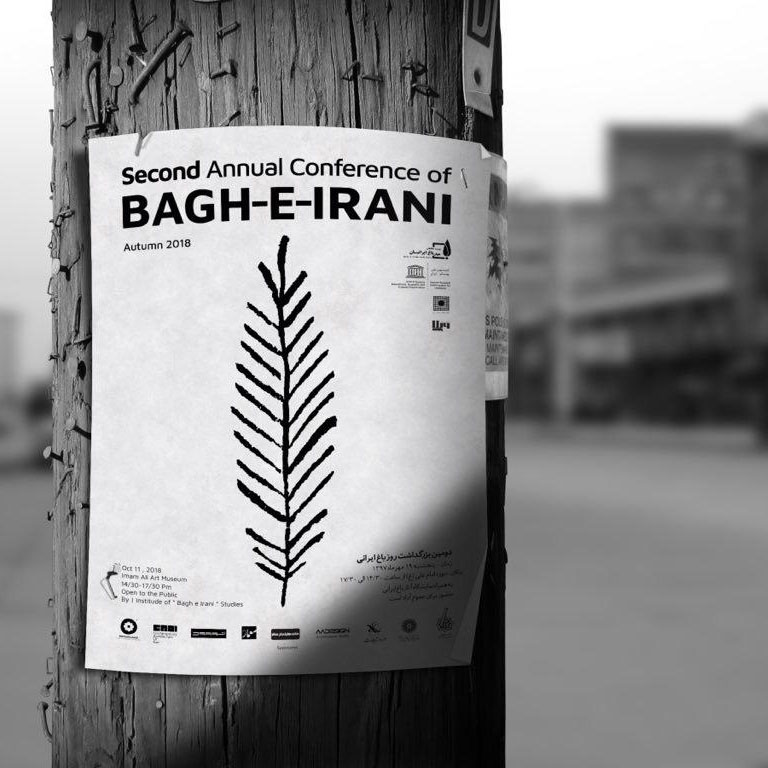 And the exhibition of the art and installation

9 "Bagh-e-Irani" have been registered globally with the efforts up to now, and the particular interest of the Iranian society in preserving the identity of the cities, especially the gardens, has led a group of architects, urbanisms, and gardeners to be as effective as possible in preserving, reviving And expanding the garden in the cities of the country.

Meanwhile, the Persian Garden Studies Institute has been organizing the ceremony of Bagh-e-Irani Day on the 20th of Mehr, (Oct 12) in commemoration of Hafez, since 1396 (2017).

The proposed naming of the National Bagh-e-Irani Day and holding a poster design competition for the ceremony, has been one of these activities.

In line with the activities taken last year, the Persian Garden Studies Institute set up the second Bagh-e-Irani and the exhibition of the art and installation with the concept and geometry of the Baagh-e-Irani, this year.

The aim alludes to deconstructing the material and spiritual dimensions of the Bagh-e-Irani and creating a modern cultural identity from the heart of the Baagh-e-Irani.

The ceremony will be held on Thursday, Mehr 19, 1397 (Oct 11, 2018) at the Imam Ali Museum, with the support of the Villa Magazine and the UNESCO Organization of Iran, Iran's Architecture Pride worthies Foundation, the Imam Ali Museum, and the Post and Communication Museum.

It is hoped that these measures become an effective step towards raising the community environmental thinking and preserving the values of this ancient Persian model.